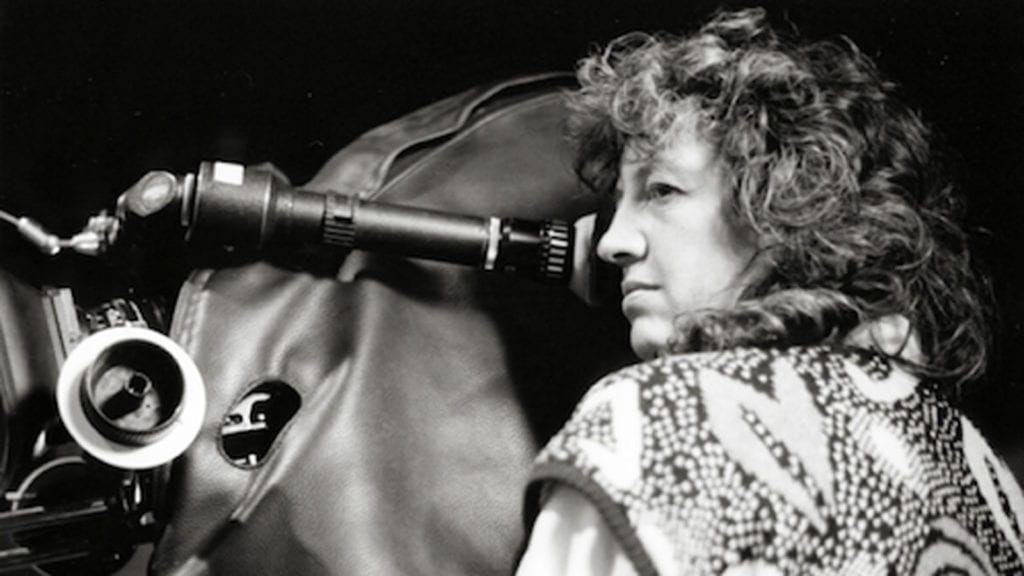 “One of the crucial modern filmmakers... For Ottinger, the play of imagination is an essential realm of freedom, a way for women to defy and liberate themselves from the misogyny that’s embedded as deeply in consensus styles as in consensus politics."–Richard Brody, The New Yorker

"Her cinema is restless, Odyssean: full of stories of exile and adventure."–Amy Sherlock, Frieze

Beginning Friday, August 28 (and continuing through October), a comprehensive retrospective of Ulrike Ottinger will be presented via Metrograph Live Screenings. Since her move to Berlin in 1973, German director Ottinger has been a flamboyant one-woman revolt against the cinematic status quo. One of the most consequential filmmakers in the New German Cinema, Ottinger produced hyper-stylized subversive epics, among the most adventurous and addictive movies of the last 50 years. Switching between documentary and fiction and drawing heavily from mythological, religious, and modernist texts, Ottinger has built a laugh-out-loud funny, gender-expansive, ultra-intelligent body of work that earns her a spot in film history alongside Agnès Varda, Lina Wertmüller, Jane Campion, and Chantal Akerman. 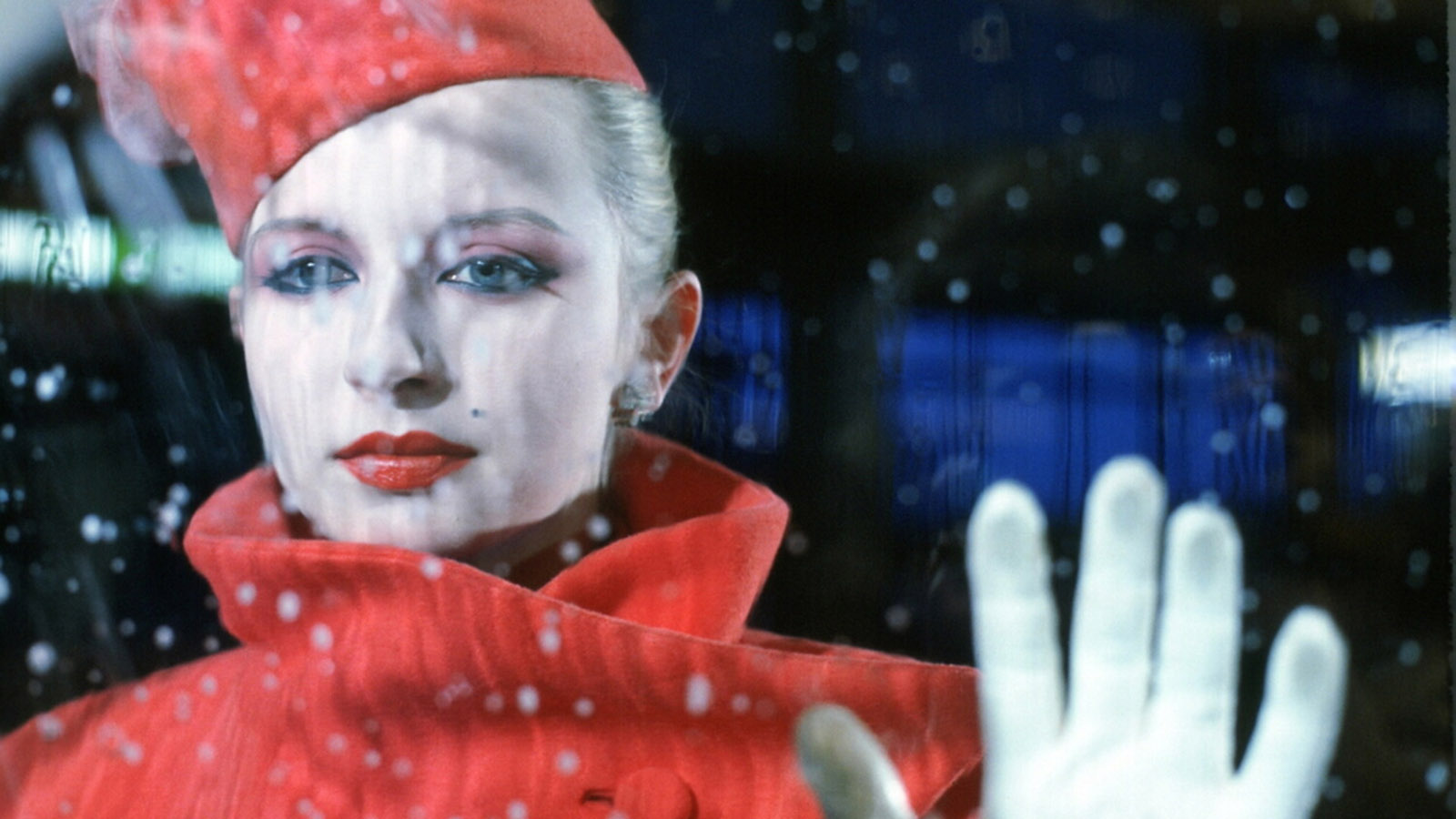 Opens Friday, August 28 - 8:00pm ET
Ticket of No Return
Through August 30
Ulrike Ottinger’s collision of Hollywood flamboyancy and a particularly dour documentary aesthetic suits this Janus-faced tale of two female lushes from two very different walks of life, alike in many ways, but incapable of recognizing their bond. One is a known bag-lady barfly, the other a socialite oddball who stays aloof from her surroundings, quietly but intently suiciding with booze. Their paired stories play out in a Berlin peopled by punks and New German Cinema icons, including Nina Hagen, Tabea Blumenschein, Magdalena Montezuma, and Eddie Constantine. 1979. 108 mins.

Opens Wednesday, September 9 - 8:00pm ET
Madame X: An Absolute Ruler
Through September 11
The hard, merciless pirate ruler of the China Sea, Madame X sends out a missive to women, inviting them to leave domestic security behind for a life of dangerous adventure, but when a panoply of different women—including Yvonne Rainer on roller skates—arrive to serve as her shipmates, they find themselves slaves to a new tyrannical power. With her first feature, Ottinger is already inimitable, making use of extravagant costumes courtesy of Tabea Blumenschein and a languid style that’s all her own. 1978. 147 mins.

Opens Monday, September 14 - 8:00pm ET
The Image of Dorian Grey in the Yellow Press
Through September 16
Ulrike Ottinger’s contemporary reinvention of the famous morality tale, fin de siècle dandy Dorian Gray is reimagined as a drag role, played without comment on the switch by Veruschka von Lehndorff in the male lead. Ottinger’s collision of Oscar Wilde and Fritz Lang features Delphine Seyrig as one “Dr. Mabuse,” the head of a sinister multinational newspaper agency that conspires to create, control, and destroy celebrity figure Dorian Gray. The film is an odyssey through eye-popping tableaux, including a trip to an unforgettable underworld. 1984. 150 mins.

Opens Sunday, September 20 - 5:00pm ET
Exile Shanghai
Through September 22
Ulrike Ottinger’s funny, fascinating film evokes a lost world: the Jewish community in 1930s Shanghai who found in the port city a refuge from persecution in Europe, which didn’t require a visa. Exploring the city in search of former synagogues and other meeting places and interviewing surviving past members of the expatriate community, many of whom moved onward to California, the sprawling mosaic film conjures up the memory of an expat Berlin on the Huangpu River, and of the city of Shanghai itself prior to the enormous changes that would follow war and revolution. 1997. 275 mins.

Opens Sunday, September 27 - 8:00pm ET
The Korean Wedding Chest
Through September 29
Ottinger’s unorthodox fairy tale ethnography, commissioned by the Women’s Film Festival in Seoul, travels to that city in order to explore the phenomenon of the South Korean wedding chest, filled with symbolic items, and the rituals that accompany it. In the course of the journey, we discover an ultramodern East Asian megacity where ancient tradition and myth exist side by side with contemporary capitalist enterprise. “I was inspired to look more closely at the old and new rituals to determine what is old in the new and new in the old.”— Ulrike Ottinger. 2009. 82 mins.

Opens in October
Prater
An anecdotal cultural history of the storied Viennese pleasure garden, whose amusement park Prater, the oldest in the world, provided the scene of the Ferris wheel ride in Carol Reed’s The Third Man (1949). Ottinger’s beguiling and visually alluring film, years in the making, explores the shifting nature of technological attractions and the Prater’s life in cinema and newsreels, while introducing us to the garden’s visitors. Images of actress Veruschka von Lehndorff wandering the grounds in a Barbarella costume show Ottinger’s surrealist sensibility very much intact, while she connects the Prater’s heyday to that of the freak show and the fairground cinema of attractions. 2007. 105 mins.