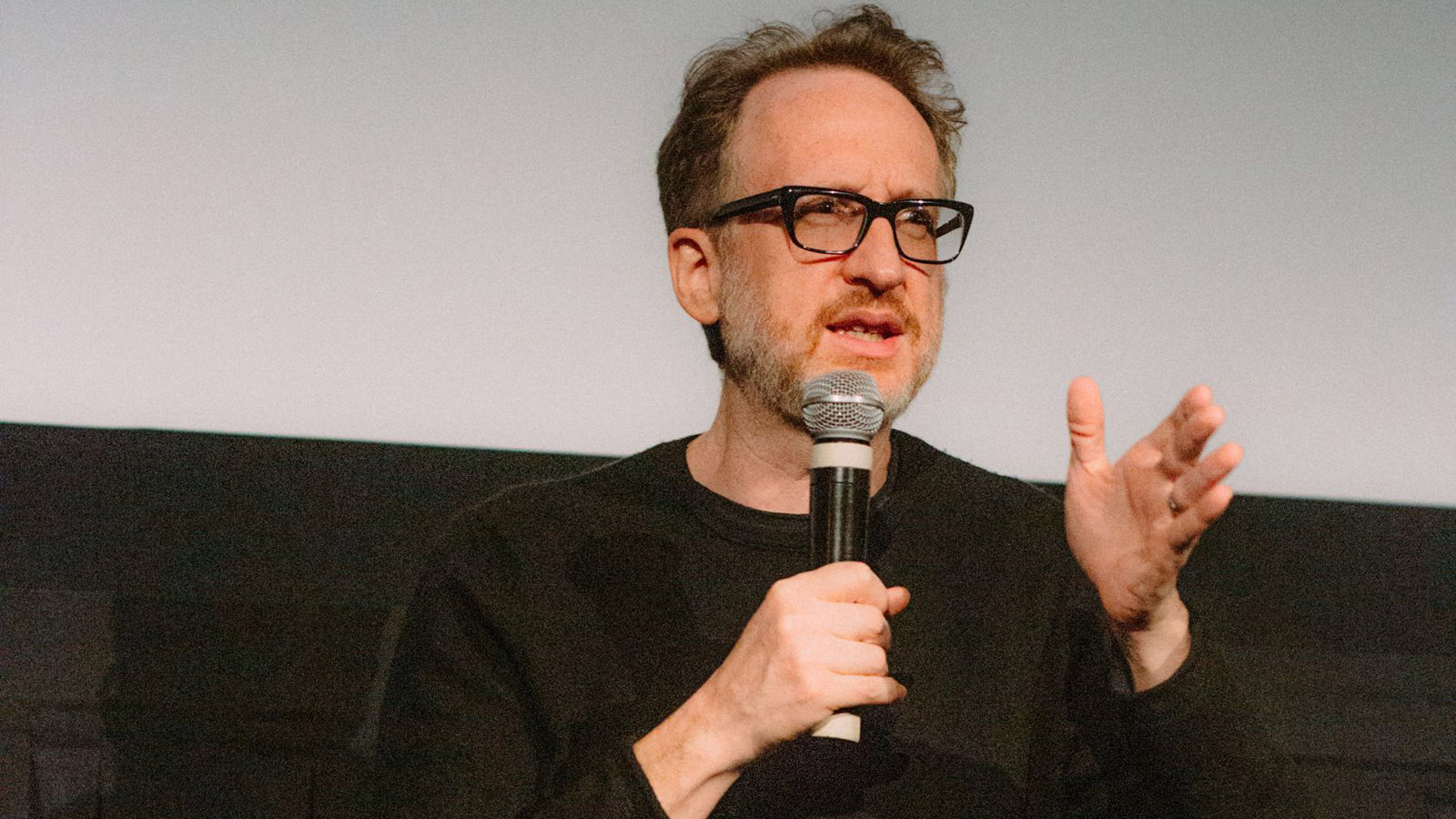 The director of Two Lovers spoke to Metrograph this past September, just prior to making an appearance at a members-only screening of his latest film, Ad Astra. 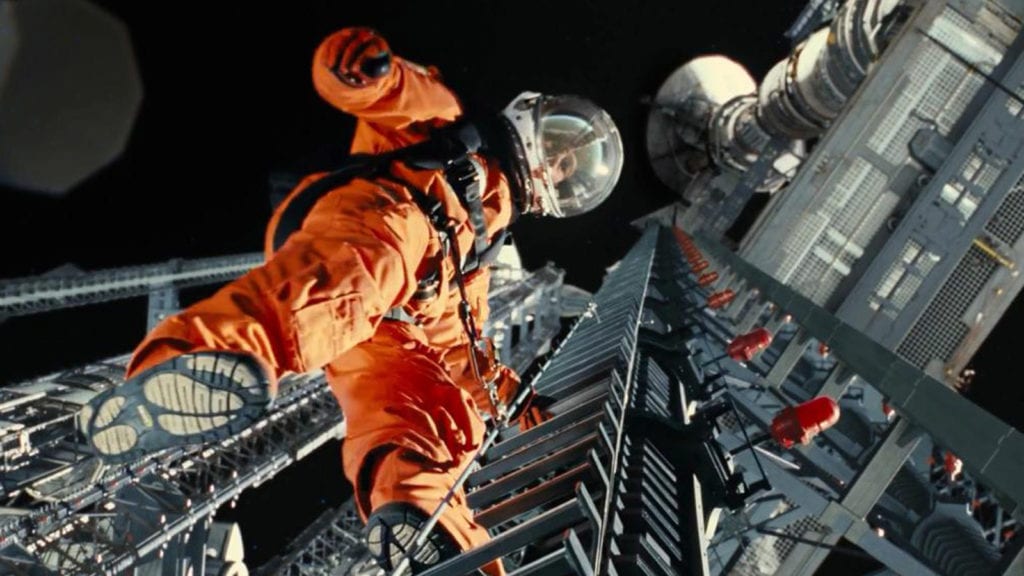 James Gray knows more than most about the pitfalls of Hollywood filmmaking. Since his auspicious Brooklyn-set feature debut Little Odessa (1995), Gray has directed six films, all well-received by critics, but which have invariably faced distribution issues of one kind or another. Gray’s latest film, Ad Astra, is both his most ambitious project to date and his biggest creative gamble. It is about to see a wide release after almost getting lost in the shuffle of the Disney/Fox merger. Set in the future and starring Brad Pitt as a solitary astronaut on a dangerous mission, Ad Astra is an ingenious, arresting anomaly in the contemporary Hollywood marketplace, and a ravishing tone poem which Pitt carries almost single-handedly. Gray finished the film within days of its Venice premiere, and he will appear at Metrograph for our members-only advance screening on September 17.

Oh, that’s wonderful. I’m totally out of touch with the discussion and I’m trying to stay outside the bubble really intentionally. The film’s done and you can’t change it, so what can you do?

I KNOW YOU USED TO READ YOUR REVIEWS VERY SERIOUSLY. DO YOU STILL ENGAGE WITH THEM?

No, not at all. In fact, on the last two movies especially, I’ve read next to nothing. Sometimes you read the review and you bend your head and you say, ”Oh my God, she didn’t get it. How can that possibly be?“ And then other times you say, “Oh my God, she got it. And they’re right. I did make a mistake there.” You know, I can’t do anything about it. So what’s the point in that?

I just feel that you need time to judge these things. If I had any complaint at all, it would be that the immediate reaction to a film is always a little bit suspect. You could tweet your reaction or you could think about it for five minutes, you know? But no, I don’t read them. I used to read them very addictively to find out what I did wrong, to ask, ”How can I improve?“ But then you realize you’re not really learning anything, because who knows if they’re right, and what does right and even mean, and you just have to do the best work you can, be as personal and keep it as personal as you can, and then move on from there.

“I FEEL THAT HUMAN EMOTION IS THE MOST IMPORTANT THING YOU CAN COMMUNICATE IN A WORK OF ART—IF I WANTED TO USE THAT DIRTY WORD.”

THERE’S A JAMES GRAY MOVIE, BUT THERE’S ALSO A JAMES GRAY MOVIE REVIEW, WHICH IS TO SAY THAT REVIEWS OF YOUR FILMS HAVE A SIMILAR REFRAIN FROM FILM TO FILM. I FOUND THIS PERFECT ENCAPSULATION IN THE ORIGINAL NEW YORK TIMES REVIEW FOR THE YARDS, WHICH DESCRIBED THE FILM AS “AUTHENTIC” AND THEN “OUT OF DATE” IN THE SAME SENTENCE. IT’S ALWAYS SOME VARIATION ON THE WORD “OLD-FASHIONED,” PARTICULARLY IN THE RESPONSES TO TWO LOVERS AND THE IMMIGRANT. WHEN DO WE THINK AUTHENTICITY BECAME OLD-FASHIONED?

In candor, I actually don’t remember that review of The Yards. I was on my way to Europe on opening day, almost on purpose, because I wanted to get away. I don’t remember the review exactly, but in response to what you’re saying, we can look at the history of the medium. Somewhere around 1980, ’81, the mainstream work became more mercenary, studios became more mercenary and the people became more financially oriented, and sophisticated in that way, and what you might call the art cinema, which is often a dirty word, but which I think is beautiful and all-embracing, came to be almost self-reflexive and ironic, and it has progressed in that way.

You know, you cannot step outside of what is in fashion. You can either follow up with what’s in fashion or you can fight against what’s in fashion. You either work against it or you work for it. And I guess the contrarian side of me has always wanted to work against that. I feel that human emotion is the most important thing you can communicate in a work of art—if I wanted to use that dirty word. So if authenticity is out of date, I’m out of date.

The thing is that I’m not equipped to answer it. You’re better equipped to answer in many ways, because you’re steeped in an analysis of of the art form. If I did, I would be so self-conscious. I’m already self-conscious, you know. I’m already an awkward narcissist and annoying. So if I pursued anything even more self-reflexive, I feel like–my god–it would be navel-gazing. Do you know what I mean? That’s not for me. 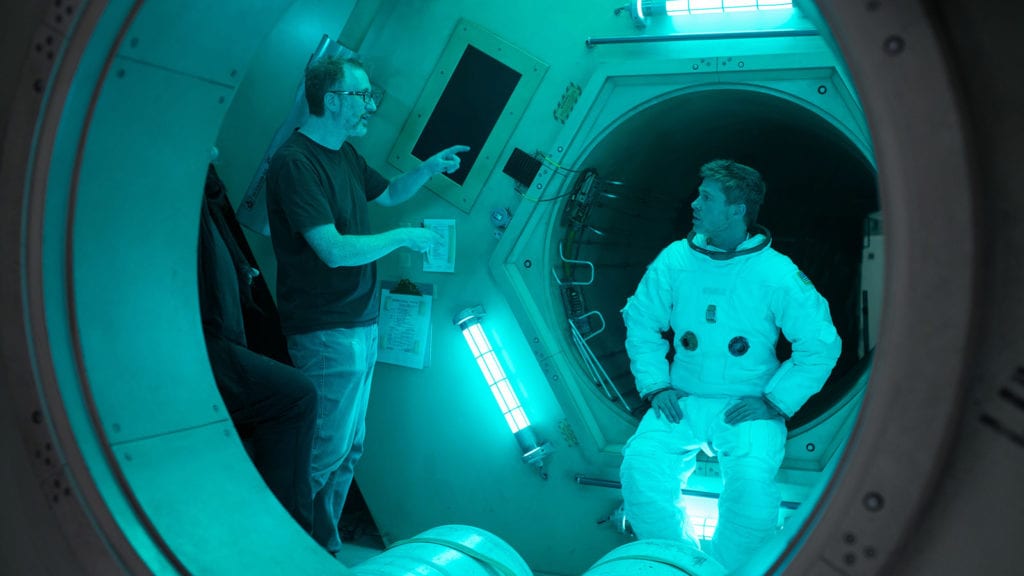 WHEN IT COMES TO THE KIND OF FILMS YOU MAKE, MID-BUDGET MOVIES IN THE STUDIO ECOSYSTEM, I SOMETIMES WONDER IF WE HAVE COME TO A POINT WHERE THE FOLKS IN CHARGE HAVE LOST THE ABILITY TO DEVELOP ORIGINAL MATERIAL. YOU KNOW, WHEN I WORKED IN HOLLYWOOD, I WOULD OCCASIONALLY SEE A FILM THAT I HAD READ AS AN EARLIER DRAFT, BUT YOU’D SEE THE BAD STUDIO NOTES ALL OVER THE SCREEN.

Well, there are a huge number of really brilliant people that are in Hollywood. The problem is not that there aren’t enough brilliant people. The problem is that somehow the system manages to crush them. It’s the strangest thing. I meet huge numbers of people with interesting taste, great taste, and real brilliance. And yet the Hollywood apparatus is so powerful, and you will hear a brilliant person who has great taste say, ”I know that this is better, but you have to do that though, because that’s what the audience will want.” It’s a very strange thing how powerful those forces of the market are. I’m reluctant to sort of say I’m smarter than these people. It’s just not the case. It has to do more with your willingness to buck the system. Really, your willingness to take a risk and your intelligence are not the same thing. So, in terms of the stupid studio note or whatever, it's almost as if that comes from the system and not from any individual. Now that does not mean that individual people who don’t take risks are not to blame, because if everyone’s to blame, then no one’s to blame. Right?

Having said that, I think a broader view of the economic forces that got us here is, in some strange way, more important than an assessment of individual tastes, of talents and judgments. I don’t think that there’s some numerically fewer brilliant people in Hollywood than there were in 1971. I think that there are probably just as many remarkable people and probably just as many silly people. There are maybe more remarkable people, because the business is global, and there are more women, even though we don’t have enough women. African Americans didn’t make any movies back in the early ’70s, outside of Melvin Van Peebles or the Blaxploitation movement. It’s better in that way, but even so, there’s still a systemic problem.

As an additional idea to this, I think that we underrate the death of the Soviet Union, because when that happened, obviously communist or socialist dictatorships were not positive, functioning, excellent things for the world, but it was at least some kind of alternative ideology to the market, as such. And when that went away, you have just the market, uncontrolled, and something that's all-powerful can never be good, and it’s why real wages are frozen, why there is this disparity of wealth, why you have the opiate crisis as a consequence. There are broader implications to the all-powerful market, and [the state of Hollywood] is just one of many symptoms.

GOING OFF OF THAT, DO YOU SEE AD ASTRA AS A FILM THAT IS SORT OF MORE SENSITIVE TO THE CHANGES IN THE GLOBAL MARKET?

If it is, it wasn’t me saying so. I was simply trying to express myself in another way, so I can’t say that I’m guilty. But I can step back now, and I can say that what you’re saying seems to make perfect sense, but it wasn’t part of some grand design by me to be, you know, more commercial. If that were the case, you know, I would have gone off and read something, which we call IP. I hope it has commercial validity, just because I would love to keep making films. I’d love for the people who have financed the film to make their money back and more. That would be great. But if I let that get into the initial calculus of making the film... I think that I would be in deep trouble, you know, if I stopped thinking about the emotional impact of it.

WHAT’S THE EMOTIONAL IMPACT OF AD ASTRA FOR YOU NOW THAT IT’S A FINISHED FILM?

Ad Astra is about a person who is alone and thinks he likes being alone, and when he’s forced to actually be alone, he realizes that incredible importance of the human connection.

As I get older, it’s funny: my son will say to me, ”Daddy, come look,” and I’ll look at a praying mantis that he shows me on a leaf. And where I would have been bored 20 years ago, my son is showing it to me and it becomes the most beautiful thing you could possibly imagine, and that’s what matters. It’s something that’s not, you know, this other mess of a world that we’ve created. Out of this man’s loneliness could come some kind of transcendence, and he could understand that this is a certain kind of death, and in confronting this loneliness he would become something more aware: a more aware creature.

I can only tell you that this is what mattered to me emotionally as I made it. The thing is, you talk about this stuff, and it sounds so highfalutin and pretentious, but you have to think about this stuff in order to get to where you want to go. • 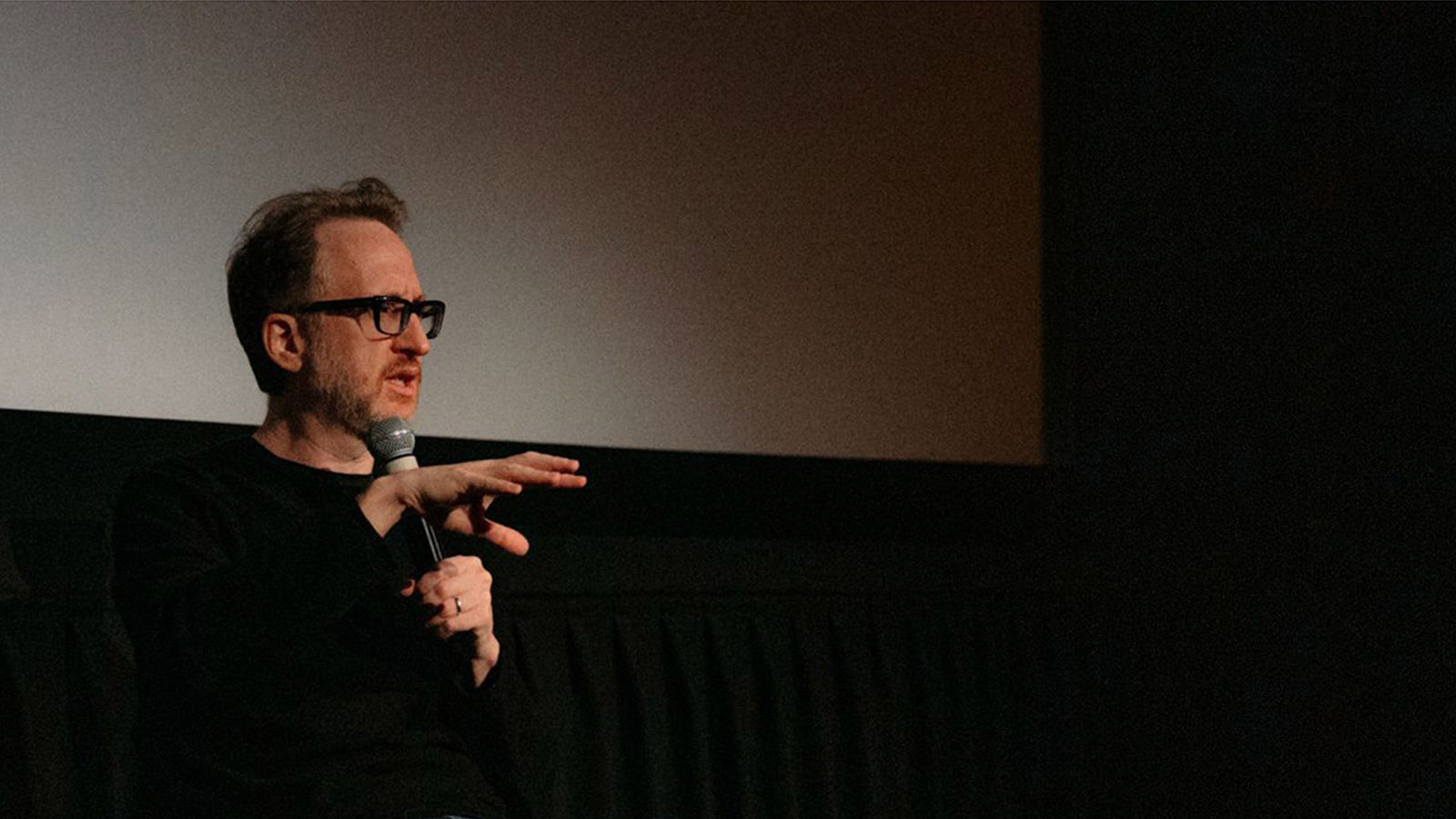