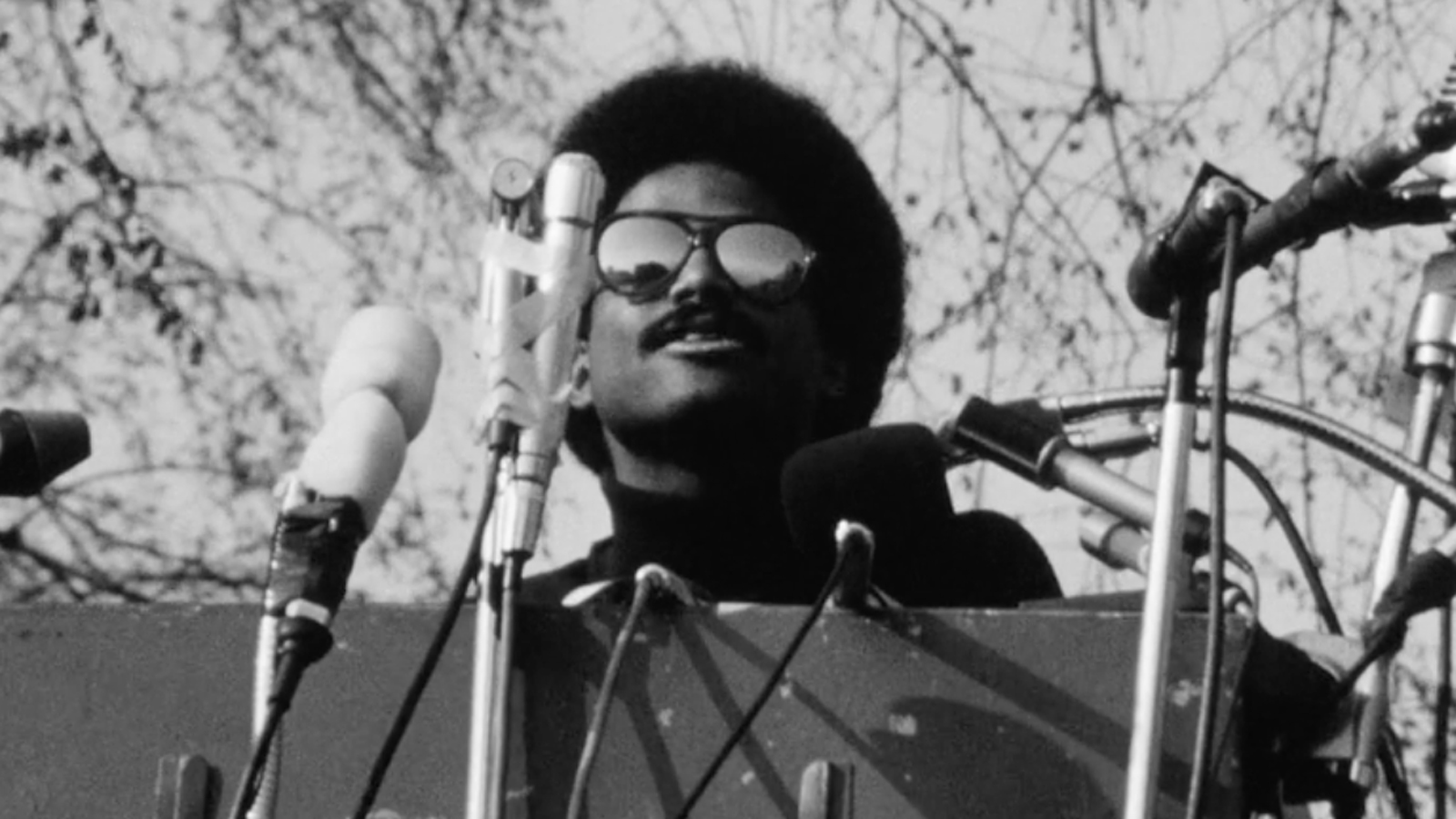 Opens Saturday, August 22 - 8:00pm ET
Alain Resnais’s Je t’aime, Je t’aime (1968)
Through August 24
*Digital Exclusive*
”People weren’t then ready for this quiet mixture of science fiction with a love story as subtle as anything in Rohmer or Rivette. But with Marker’s La Jetée and Andrei Tarkovsky’s Solaris, it is part of a holy trinity of meditations on the horrors of eternal life.“—Raymond Durgnat

Opens Monday, August 24 - 8:00pm ET
New restorations of Black Panther shorts: Mayday (1970) and Puppet Show (1970)
Q&A with writer and researcher Yasmina Price and writer Tobi Haslett
Through August 26
In 1970, the Yale student film collective May 1st Media made two 16mm works for the Black Panther Party’s New Haven chapter to help spread the word of their community-based activities. Puppet Show is a charming curiosity that sees the story of Panther Lonnie McLucas, who was convicted of murder in 1969, being performed for neighborhood children at the Party’s local headquarters. And Mayday documents the massive demonstrations that took place in New Haven during the spring of 1970, in response to the trials against national Black Panther Party leader Bobby Seale and Ericka Huggins, founder of the local chapter. With the rallying cries of “Free Bobby, Free Ericka” from demonstrators, who included New Haven residents, members of the Yale community, and scores of others from around the country, these protests—proclaiming that leaders of organizations working toward Black liberation couldn’t receive fair treatment within the U.S. legal system—proved an incendiary and polarizing episode in the tense climate of Richard Nixon’s early presidency. Both films were preserved by the Yale Film Study Center in 2016, with laboratory work by Fotokem and audio restoration by Audio Mechanics and DJ Audio. Special Thanks to Josh Morton and Brian Meacham.

Opens Wednesday, August 26 - 8:00pm ET
Laurie Anderson’s Home of the Brave (1986)
Through August 28
*Digital Exclusive*
Performance artist and musician Laurie Anderson directs and stars in this documentary about her multimedia theatrical presentation, which was filmed live at the Park Theater in New Jersey during the summer of 1985. Her exhilarating show is a mixture of song, poetry, film, and whimsy, featuring guest appearances by author William S. Burroughs, guitarist Adrian Belew, and percussionist David Van Tieghem and including the songs “Excellent Birds,” “Smoke Rings,” “Language Is a Virus,” and “Talk Normal.”

Opens Friday, August 28 - 8:00pm ET
Ulrike Ottinger Retrospective - Ticket of No Return (1979)
Series continues through October
*Digital Exclusive*
Ulrike Ottinger’s collision of Hollywood flamboyancy and a particularly dour documentary aesthetic suits this Janus-faced tale of two female lushes from two very different walks of life, alike in many ways, but incapable of recognizing their bond. One is a known bag-lady barfly, the other a socialite oddball who stays aloof from her surroundings, quietly but intently suiciding with booze. Their paired stories play out in a Berlin peopled by punks and New German Cinema icons, including Nina Hagen, Tabea Blumenschein, Magdalena Montezuma, and Eddie Constantine.

Opens Sunday, August 30 - 8:00pm ET
Djibril Diop Mambéty’s Le Franc (1994) and The Little Girl Who Sold The Sun (1999)
New restorations and digital premieres (Metrograph Pictures releases)
Through September 4
*Digital Exclusive*
Mambéty, whose Touki Bouki (1973) is one of the greatest films of the last half century, and whose Hyenas (1992) Metrograph Pictures was proud to put back into circulation, completed only two feature films in his too-short life. His features tell only part of the story of this creative artist’s enormous accomplishment, however, and two of the ambitious medium-length films that Mambéty completed in his final years, Le Franc and The Little Girl Who Sold The Sun, give us a fuller picture of his rich social vision, his sly humor, and his ingenuity, reminding us of his seismic influence on world cinema, and the legacy he leaves behind.

Opens Tuesday, September 1 - 8:00pm ET
Djibril Diop Mambéty’s Hyenas (1992)
New restoration (A Metrograph Pictures release)
Guest introduction by Boukary Sawadogo, Ph.D., Assistant Professor of Cinema Studies, CUNY
Through September 4
*Digital Exclusive*
One of the treasures of African cinema, Senegalese master Djibril Diop Mambéty’s long-delayed follow-up to his canonical Touki Bouki is a hallucinatory comic adaptation of Swiss avant-garde writer Friedrich Dürrenmatt’s play The Visit, which in Mambéty’s imagining follows a now-rich woman returning to her poor desert hometown to propose a deal to the populace: her fortune, in exchange for the death of the man who years earlier abandoned her and left her with his child. Per its title, Hyenas is a film of sinister, mocking laughter, and a biting satire of a contemporary Senegal whose post-colonial dreams are faced with erosion by western materialism.

Opens Thursday, September 3 - 8:00pm ET
Ulrike Ottinger Retrospective - Freak Orlando (1981)
Series continues through October
*Digital Exclusive*
Ulrike Ottinger’s collision of Hollywood flamboyancy and a particularly dour documentary aesthetic suits this Janus-faced tale of two female lushes from two very different walks of life, alike in many ways, but incapable of recognizing their bond. One is a known bag-lady barfly, the other a socialite oddball who stays aloof from her surroundings, quietly but intently suiciding with booze. Their paired stories play out in a Berlin peopled by punks and New German Cinema icons, including Nina Hagen, Tabea Blumenschein, Magdalena Montezuma, and Eddie Constantine.

Opens Friday, September 4 - 8:00pm ET Éric Rohmer x 3 - Boyfriends and Girlfriends (1987)
A Metrograph Pictures release
*Digital Exclusive*
Guest introduction by filmmaker Noah Baumbach - new restoration and digital premiere
Rohmer uses the amorous misadventures of two girlfriends in the Paris suburbs to test the old adage in the final episode of his “Comedies and Proverbs” series. Taking an identifiable stab at a yuppie(ish) set, Rohmer’s witty Shakespearean roundelay involves the buttoned-up Blanche (Emmanuelle Chaulet, in a superb debut) and the free-spirited Lea (Sophie Renoir), and their current amours. The pair are tempted by each other’s love interests, testing both their friendship and their understanding of matters of the heart. 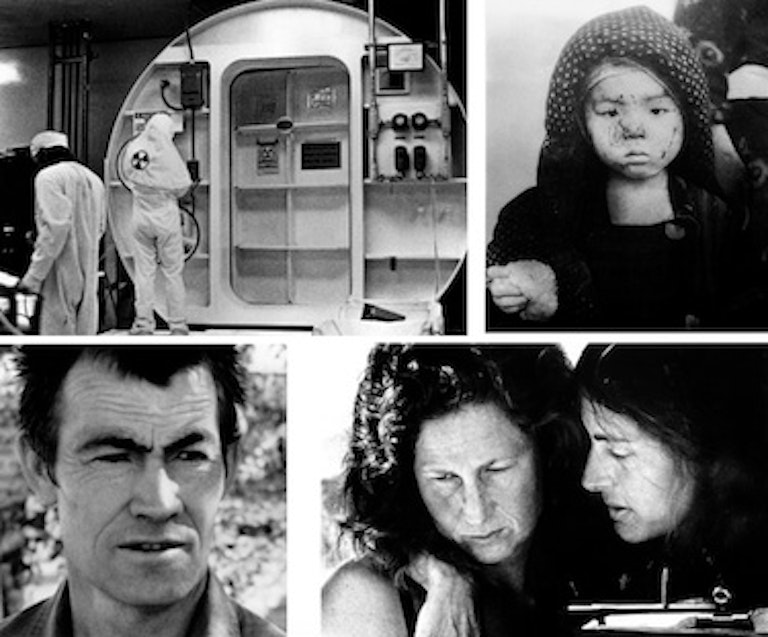 It’s been 75 years this month since the start of the Atomic Age, with the U.S. nuclear bombing of Hiroshima and Nagasaki killing hundreds of thousands of civilians, but its trail of destruction has never ended. The terrifying and moving documentary Dark Circle (1982) covers both the period’s beginnings and its aftermath, providing a scientific primer on the catastrophic power of nuclear energy while also relating tragic human stories detailing the devastating toll radioactive toxicity has taken on people and livestock—focusing in large part on Rocky Flats, Colorado, whose plutonium processing facility infamously contaminated the surrounding area. Documentary Grand Prize winner at Sundance, Academy shortlisted for Best Documentary, and Emmy winner, Dark Circle is no less potent today than it was 40 years ago.

This new 2K HD Restoration done at FotoKem was assisted by the Academy Film Archive and supervised by co-director Judy Irving. A First Run Features release.