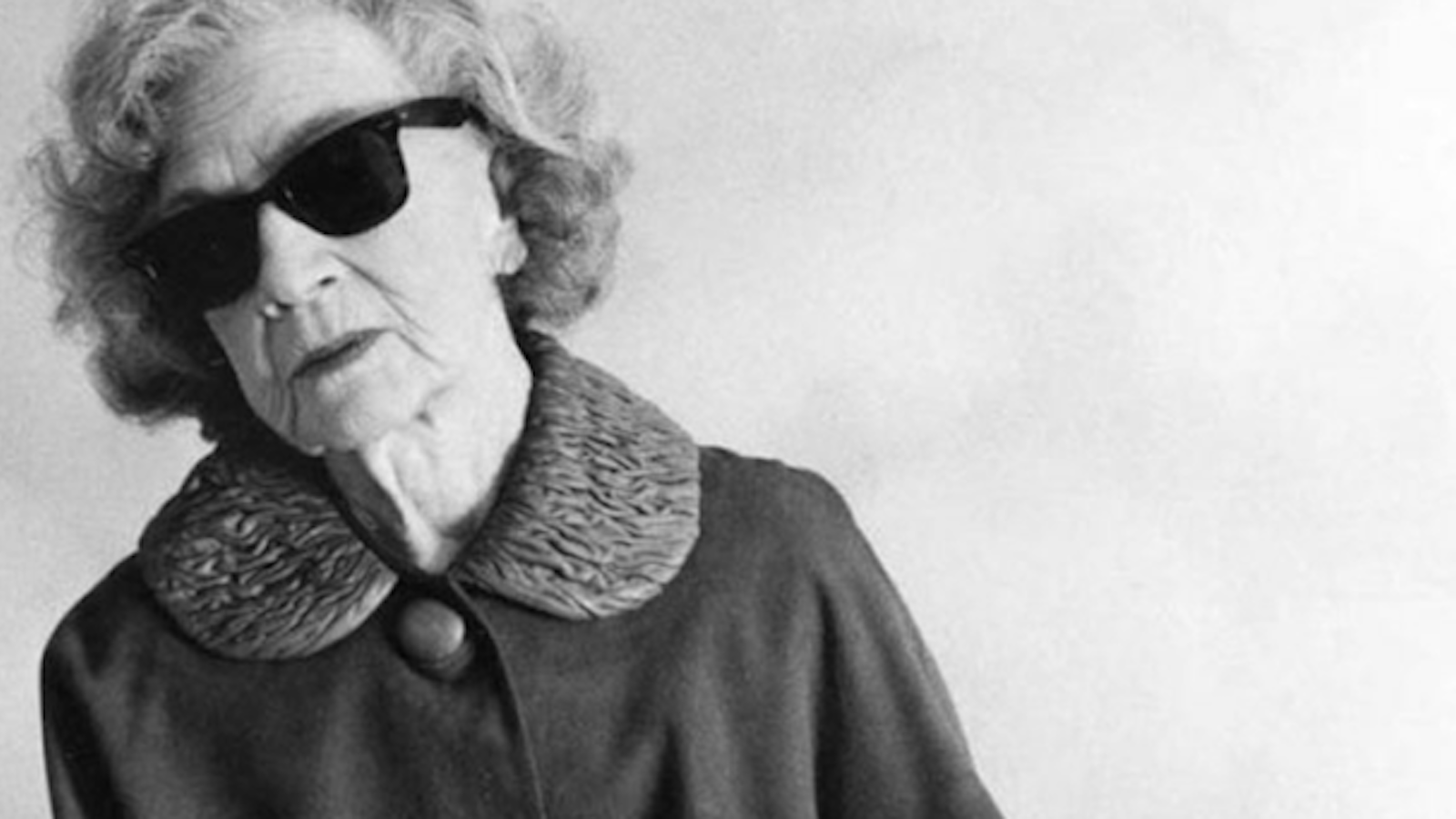 An ode to the wildly prolific, unabashedly titillating goddess of rowdy cinema. 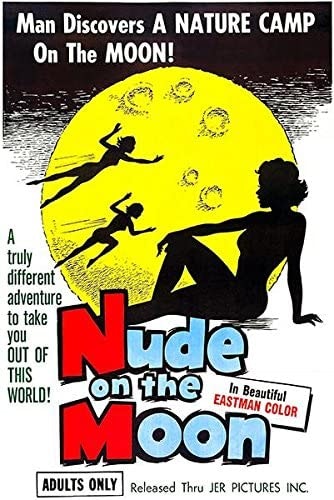 And yet, for half a century, this woman remained at the vanguard of the disreputable. Her filmography is unabashedly erotic; it’s also bizarre, full of visual non-sequiturs, and a showcase for a kind of fractured montage that evokes a shaggier vision of Maya Deren’s body-centric work. Her art was formed in direct response to the censorship and decency laws of its time: what was disallowed in images and relegated to the implicit. She was always a bit of a rascal, and her films—amateurish and loose, disquieting and joyous in equal measure—are some of the most beautiful, damned, and incidentally political artifacts of the 20th century.

Wishman’s career began in 1958, in the twilight years of the Hays code. In 1957, the Supreme Court case of Roth v. United States ruled that obscenity—defined as that which “the average person, applying community standards” would find primarily prurient—wasn’t protected speech under the First Amendment Nudity was thus disallowed outside of a documentary context. The “nudie-cutie” films which took place in nudist colonies, were created out of a ploy to circumvent these laws. Enter Doris, who shot her debut, Hideout in the Sun, on $10,000 borrowed from her sister. This was followed by Nude on the Moon: an outlandish, endearing picture about two astronauts who leave earth only to discover a nudist colony that looks suspiciously like Coral Castle in Miami, Florida. It’s a loving ode to the craggy and gaudy peculiarities of its shooting location, and, thanks to the audible telepathy of the barenaked “Moon Dolls” who are discovered living there, a psychosexually literalized fantasy where the men are puzzled over, exalted, and dismissed as they go about documenting the lives of the alien natives. The sexual tension comes of this exchange of attention, a mutual fascination that Wishman’s camera joins in on, as interested in the awe of those witnessing the beautiful naked women as in the bodies on display. It’s a blast, an excuse to ogle and submit to total beauty. The film’s lunar setting, used as a selling point, got it banned by the New York Censorship Board, because the nudist colony in question was not “real”—an object lesson in the absurdity and illogic of decency laws. The same subversive coyness that defines Nude on the Moon would remain persistent through the rest of Wishman’s career, worn like a diaphanous garment.

her films—amateurish and loose, disquieting and joyous in equal measure—are some of the most beautiful, damned, and incidentally political artifacts of the 20th century

Wishman’s nudie-cuties—including Blaze Star Goes Nudest, The Prince and the Nature Girl, and other gloriously titled features—may seem quaint by today’s standards, but the same cannot be said about her subsequent work. Russ Meyer’s notorious 1964 film Lorna ushered in an explosion of “roughies,” films about male violence against beautiful women with rapid-cut tussles taking the place of simulated sex, still verboten. The following year, Wishman brought forth Bad Girls Go to Hell, her quintessential work, a masterpiece of both roughie sexploitation and avant-garde cinema.

The film follows a housewife who, having been raped by a janitor, flees to New York City, where she succumbs to a procession of brutal abuse. Insistent, frantic jazz collides with overdubbed acting so ill-matched to the actor’s lips that the voices become a cacophony of ghosts, while the camera swirls and tilts around its star, Gigi Darlene. Haphazardly decorated rooms collide into one another as men tussle with Darlene across furniture, knocking the camera into an assemblage of arhythmically edited POV shots. Not a moment in the film is at peace, electrified by its own titillation and dissociative obsession with ephemera of its places—the shape of a coffee table, a fountain, Darlene’s feet. In fact, feet shots form constellations in Wishman’s work, so fixated is she on their hyperextensions. The way more hackneyed visual artists will center around the eyes as a synecdoche of a soul, Wishman addresses feet as a tessellation of a performer’s entire sexual animus. The limits of the production here create hallucinatory imagery, such as the moment when Darline enters an apartment through a closet door, while the cheap black-and-white stock renders bed frames like stains on the negative.

Bad Girls sits somewhere between a nightmare and a fantasy for the middle-class woman at its center. Wishman and her DCP and long-time collaborator C. Davis Smith’s camera leave unclear whether these dreams of perpetual sexual violence are borne out of terror or yearning. In its most memorable moment, Darlene climbs around a mid-century lounge chair as if possessed, legs quivering and hair sprawled in tendrils. After five years of delivering cheeky sex romps, Wishman in Bad Girls disrupts the lusts of the men in its world and in its presumed audience. During scenes of sexual assault, the camera will stay pinned on the faces of aggressors for uncomfortably long stretches, their skin twitching at the corners of thoughtless, grotesque faces. It is a horrifying and exhilarating motion picture, transgressive even by contemporary standards. There is no actual nudity or unsimulated sex in the film, though it is undeniably pornographic in its taboo-busting and the copious number of scenes with the explicit and sole purpose of arousal. The film is ostensibly antagonistic towards puritanical standards of decency, though it also shows hints of a reactionary moral compass, a proto-feminist movie about the unspoken desires of women where the desires are textually and cosmically linked to punishment. It is as combustible a reel of post-Hays Code celluloid as you will find in American cinema, the kind of raggedly sensuous art normative culture only allows to exist by accident. 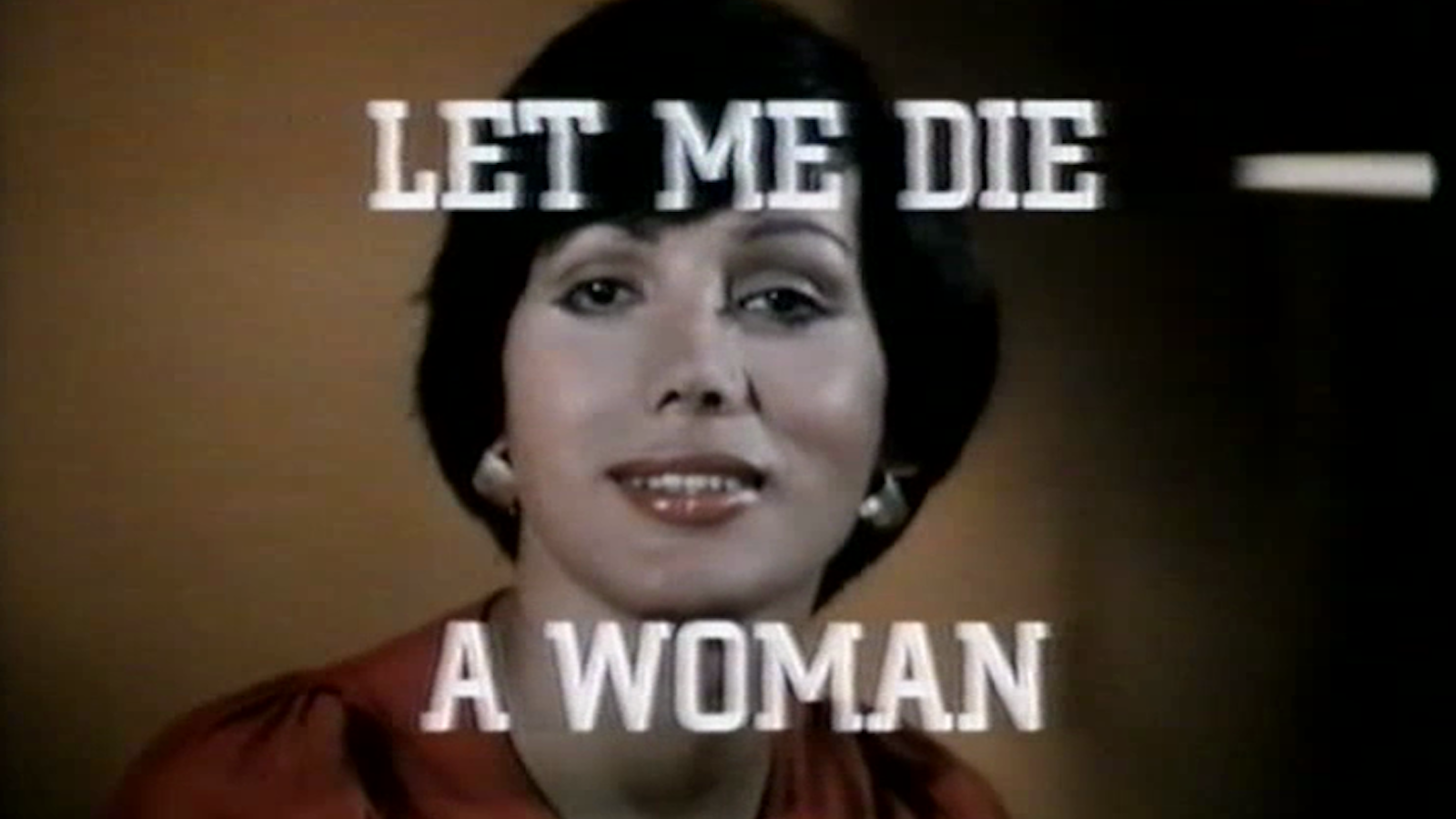 With the introduction of the Classification and Ratings Administration in 1968, censorship guidelines in theatrical distribution reached, legislatively, something close to their current state. Wishman’s diptych, Double Agent 73 and Deadly Weapons, both of which managed an R rating, finds the director at her most luxurious as she introduced the adult film world to exotic dancer Chesty Morgan and her measurements: 73-32-36. Double Agent 73—a spy movie about a woman with a camera implanted in her breasts—is ludicrous and dumb and amateurish and lovely. Repurposed footage from Wishman’s earlier Blaze Starr Goes Nudist makes its way into the edit, the necessity of the very obviously shoe-string budget elicits the rather endearing effect of her work having maintained certain core principles of desire over time (she’d repurpose footage from her earlier work again in 2002’s Dildo Heaven). The same shots of bush caught by men peering through bushes would always match, would always offer the same sexy thrill that serves as the true north of her work. No matter the quality of the image, T&A proved more than enough to satiate. To watch Wishman’s depictions of sexuality span decades in a single edit is even curiously moving.

It may seem silly to talk about these films, so gaudy and campy and fundamentally unserious, with such reverence. Appearing alongside Wishman on Late Night with Conan O’Brien in 2002, Roger Ebert chastised the director for not showing enough Chesty in her Chesty Morgan picture—though what could be unsatisfying about a movie like Deadly Weapon, where multiple men are murdered by suffocation beneath Morgan’s breasts, is unclear. If these works fail at real arousal fifty years of escalation on, they are irrefutably still celebrations of sex, of its rage and corniness and coy contradictions. This is Doris Wishman’s filmography at its least self-conscious: porn and art and workmanlike entertainment. The Chesty Morgan features are an act of love.

Perhaps the thorniest film Wishman ever made, Let Me Die a Woman, is harder to simply praise, a contradictory mess. This ‘whitecoater’—so-called because these films, under the guise of being “educational,” would avoid charges of obscenity by featuring a doctor explaining sexual and anatomical practices and phenomena—presents itself as a documentary about gender confirmation surgery. In fact, it’s a lurid shock film, a repulsive fetishization of trans bodies, a depressing relic—and also a collection of tender sex scenes featuring trans women, something that remains rare to this day. It can be depressing to see, as we do here, how the medical community has consistently failed to understand trans health, and how even if we have societally moved past the reductive language present in the film, the actual study of hormone replacement therapy and bottom surgery practices have made far fewer advancements (and in some respects have become more prohibitively expensive and inaccessible.) The whitecoater elements grate, with the audience invited to rigorously leer at and deliberate over the ‘authenticity’ of the trans women’s bodies, whether they ‘match’ that of the default cis counterpart. Yet when Davis Smith’s shoots its sex scenes, Let Me Die a Woman becomes a tribute to the beauty of trans femininity and sexuality. There is no negotiation of desire, no qualifiers or reservations in its lust and grace. The admiration with which Wishman treats her subjects in these moments offers an embrace to those still deemed perverted today.

It is difficult to overstate how vital Wishman’s work is to the profane cinema of the mid-to-late 20th century, her name deserving to stand alongside those of Jesus Franco, Russ Meyer, and Kenneth Anger. Her oeuvre has lived on in arcane, barely functional forums and in the back-rooms of video stores, whispered about in Livejournal posts and Tumblr gifsets. As the internet aggregates ever further, and the visual media we consume comes ever-more-commonly through Youtube, Tiktok, and streaming services that homogenize sexuality and defang it, Wishman’s work stands as truly inspiring. To see a woman’s filmography refuse to disentangle its artistic merit from its pornographic content, to acknowledge both as equally and inherently valuable and necessary and good, is a divine blessing. Doris Wishman made movies for scoundrels, and it’s an honor to count oneself amongst the lucky few of her legion.

Sam Bodrojan is a film critic living in Philadelphia. 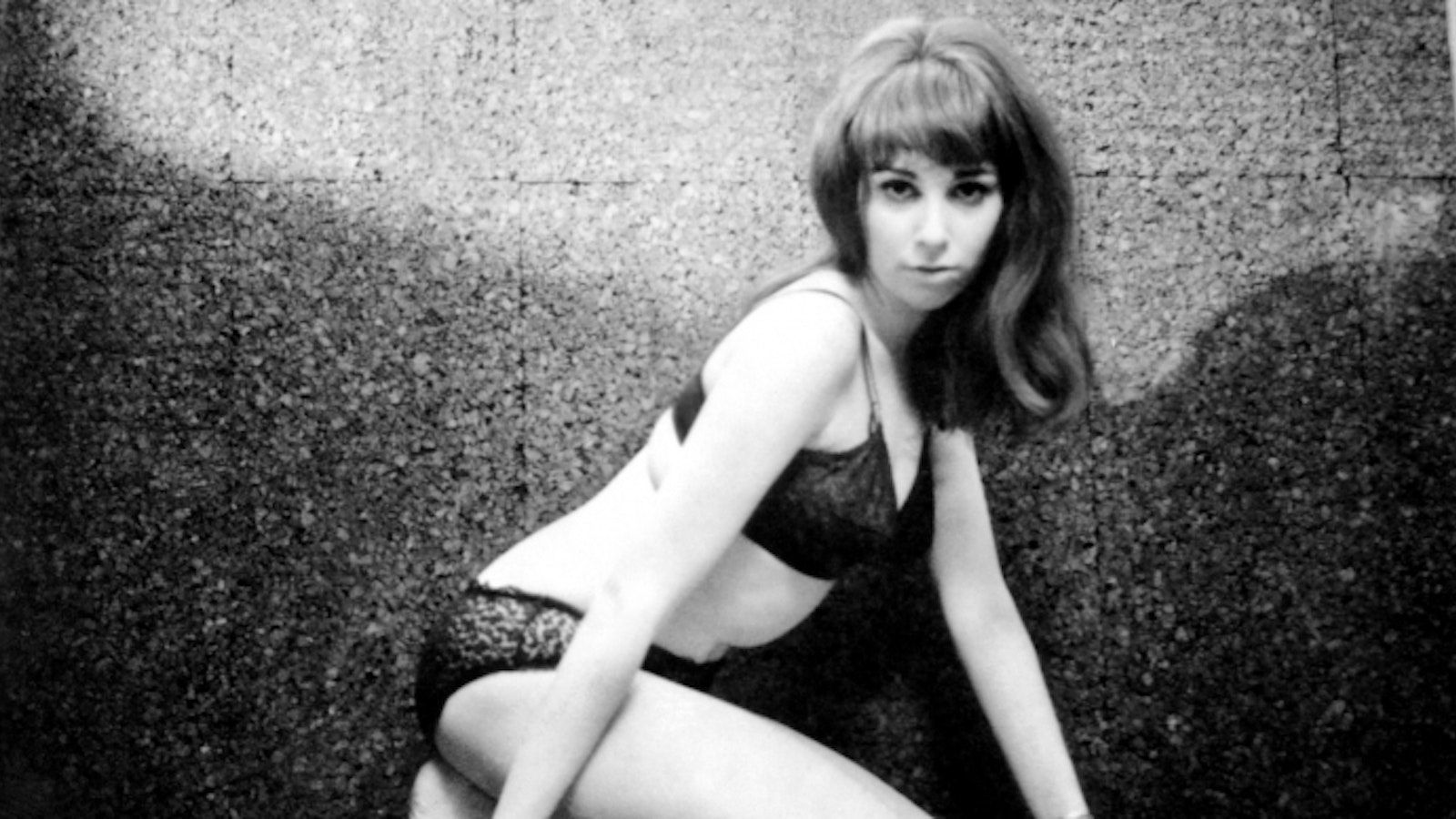 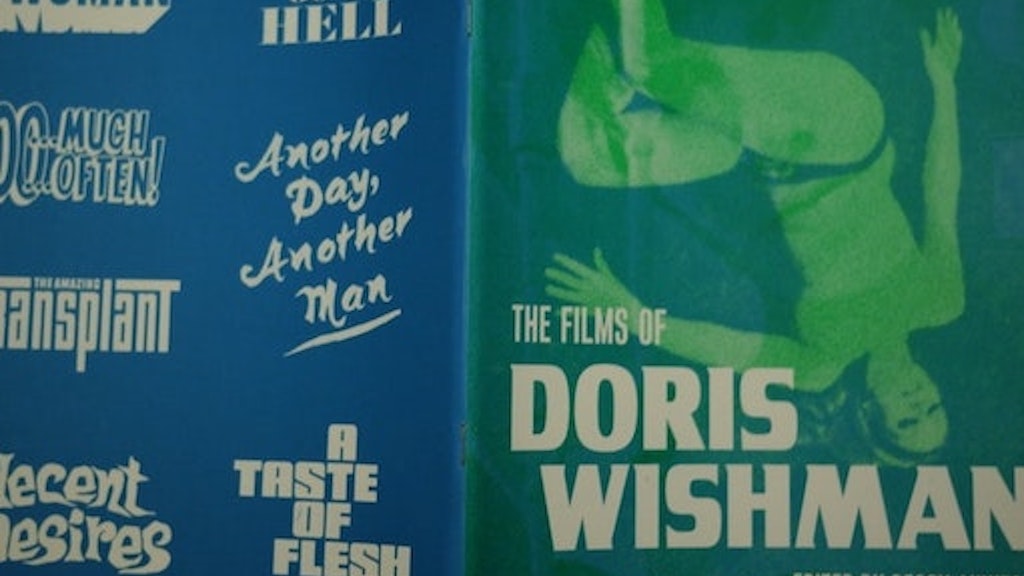 The Films of Doris Wishman 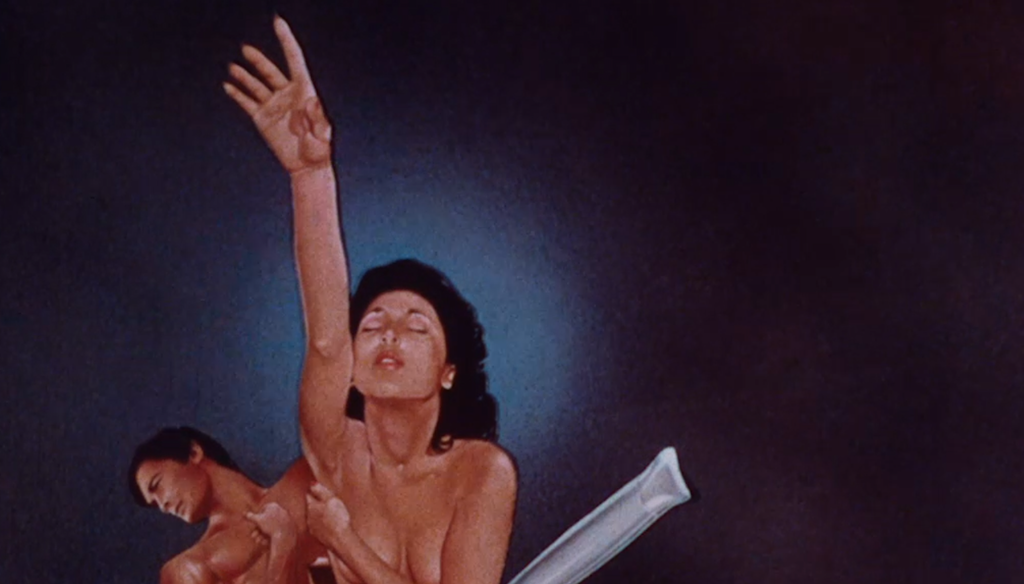 Let Me Die A Woman