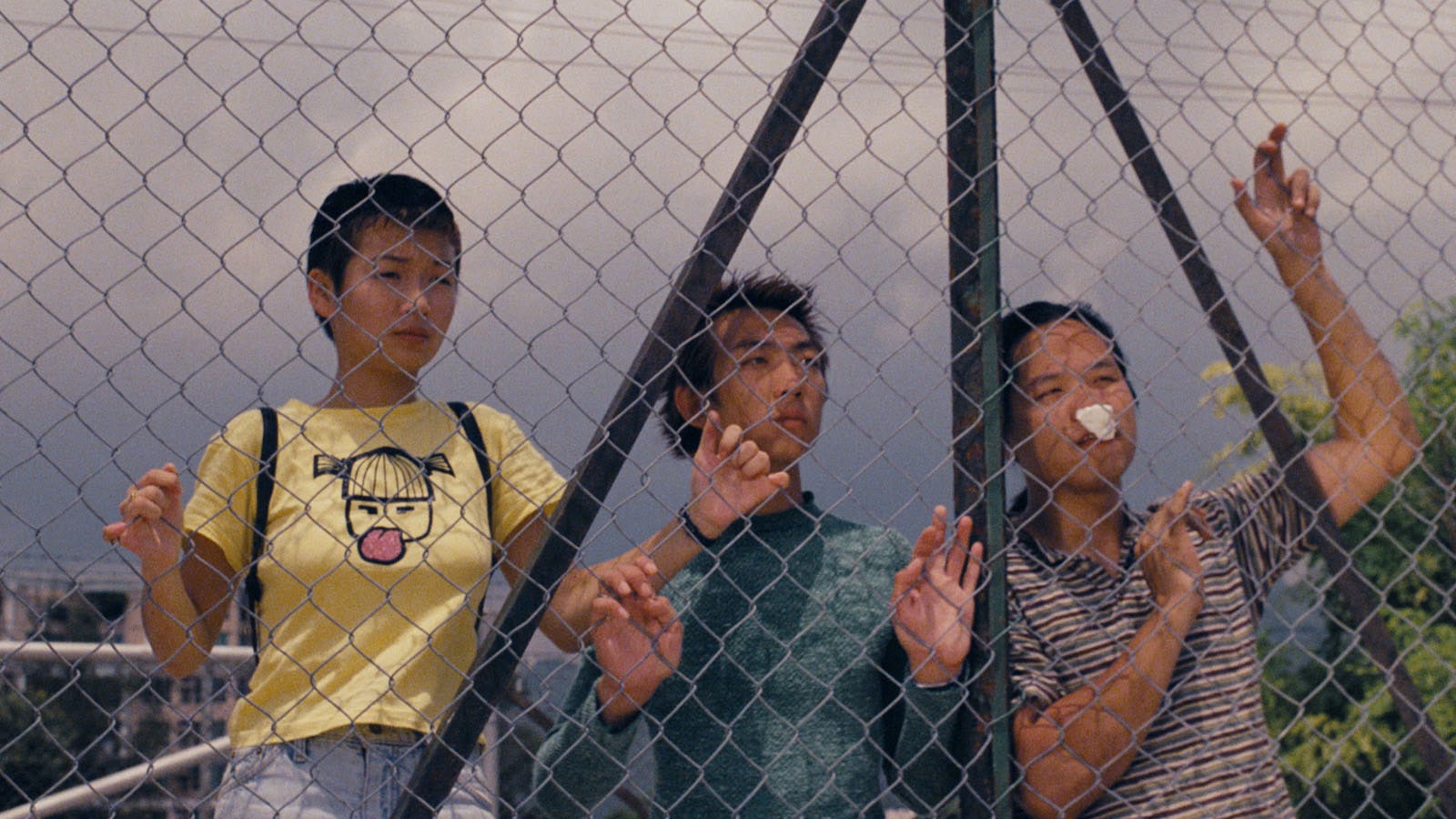 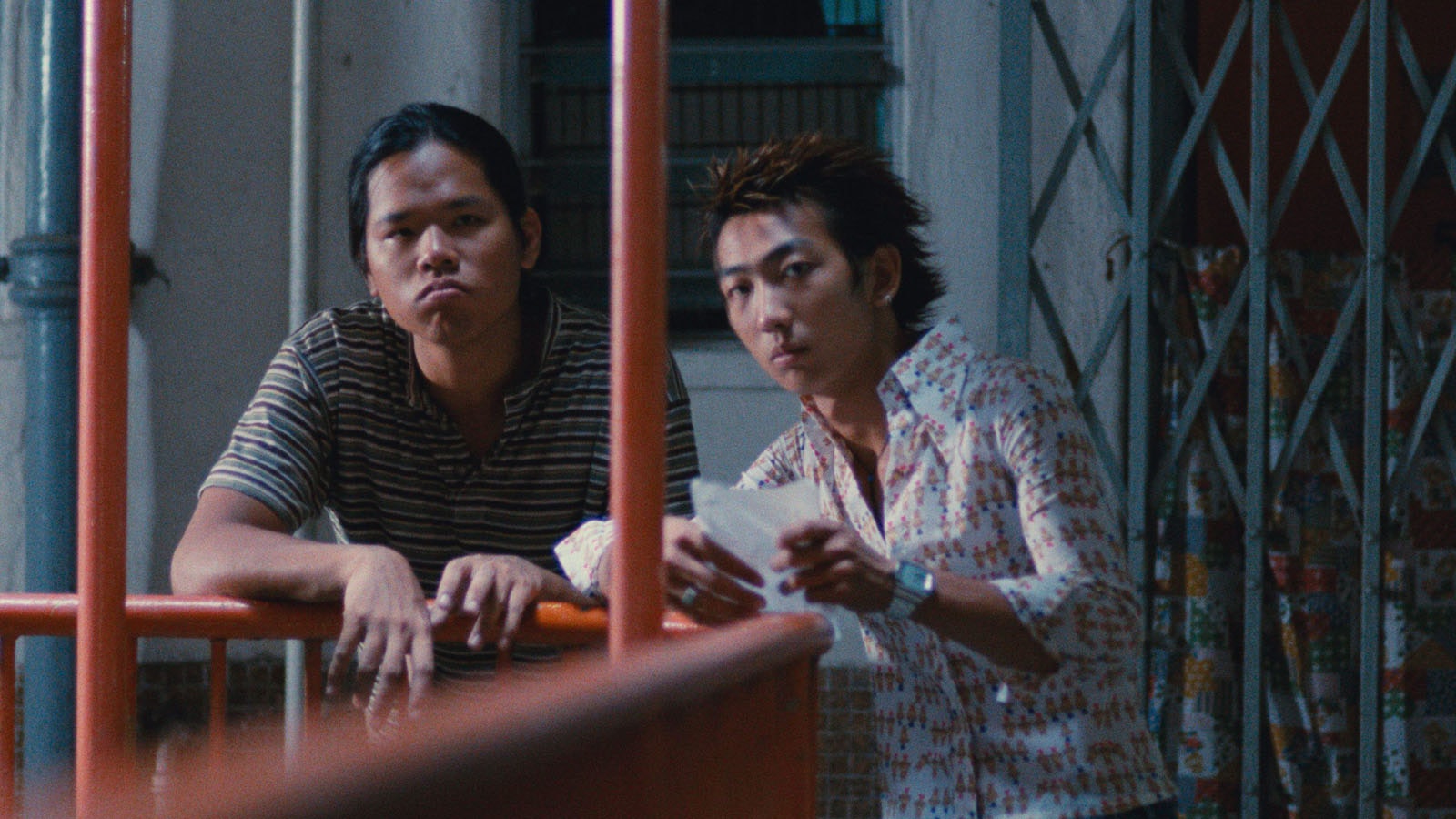 As is now well-known to its fans Fruit Chan’s legendary 1997 film Made in Hong Kong was shot on an impossibly low budget, using leftover film stock, nonprofessional actors, and the title city itself as a film set. It was released a few months after Hong Kong’s return to China, but this most momentous event in Hong Kong’s history is not even alluded to in the film, although its subject is indeed history. But it is not history as a political record, but as life “made in Hong Kong” and unfolding in the city’s everyday spaces: a history whose subtle traces it follows like “lines on the palm of a hand” (Italo, Calvino, “Invisible Cities.” It might be useful therefore to begin a discussion of Chan’s groundbreaking film by contrasting it to more obviously politicized accounts of the city, including the director’s own.

Chris Patten arrived in Hong Kong in 1992 as its last governor, and oversaw the Handover. In his book East and West (1998), made up of Patten’s recollections of the city’s decisive years, he implies that by 1992, colonialism in Hong Kong was a thing of the past. He remembers a Hong Kong that had progressed both economically and politically under British rule. Young men and women “had been encouraged to read Locke, Hume, Paine, Mill, and Popper,” and would henceforth be satisfied with nothing less than full democratic freedom. Patten’s memories of the period are clear and persuasive, convincing quite a number of readers that it is the culture of the colonizer that instilled in Hong Kong’s people a taste for freedom and democracy. The book was a New York Times best seller.

How is Made in Hong Kong different? One crucial departure is that history is acknowledged as a space made up of puzzling, half-understood objects, people, encounters, and events to which we confusedly return. Political arguments and polemics are not ignored, but they are tracked and addressed through more indirect means. In his follow-up work, The Longest Summer (1998), Chan deals with the Handover in more directly political terms, and the result is relatively disappointing. That film, which even incorporates documentary footage of the Handover Ceremony, is a story about a group of local soldiers made redundant by the change of regimes. In desperation, they use their military skills to rob banks, with disastrous consequences for themselves. But perhaps because of its narrow topicality, The Longest Summer has turned out to be comparatively forgettable. In contrast to this later film and to Patten’s book, what we find in Made in Hong Kong is a more tangential relation to the political mediated by memory: a politics of memory that takes a specific form. It is always a memory of what might be called a negative space: a memory of some elusive and ambivalent moment that lies just beyond our grasp or just beneath our powers of articulation; a memory of some extraneous but insistent detail that cannot be integrated or recontained in a narrative; a memory of a sound, a voice, or a tune that we cannot place or get out of our heads, and that haunts us like some disembodied ghost (the way the figure of the dead girl Susan haunts the film’s three friends). It is this sense of memory and history that aligns Made in Hong Kong to the work of Wong Kar-wai, in spite of their otherwise obvious differences. 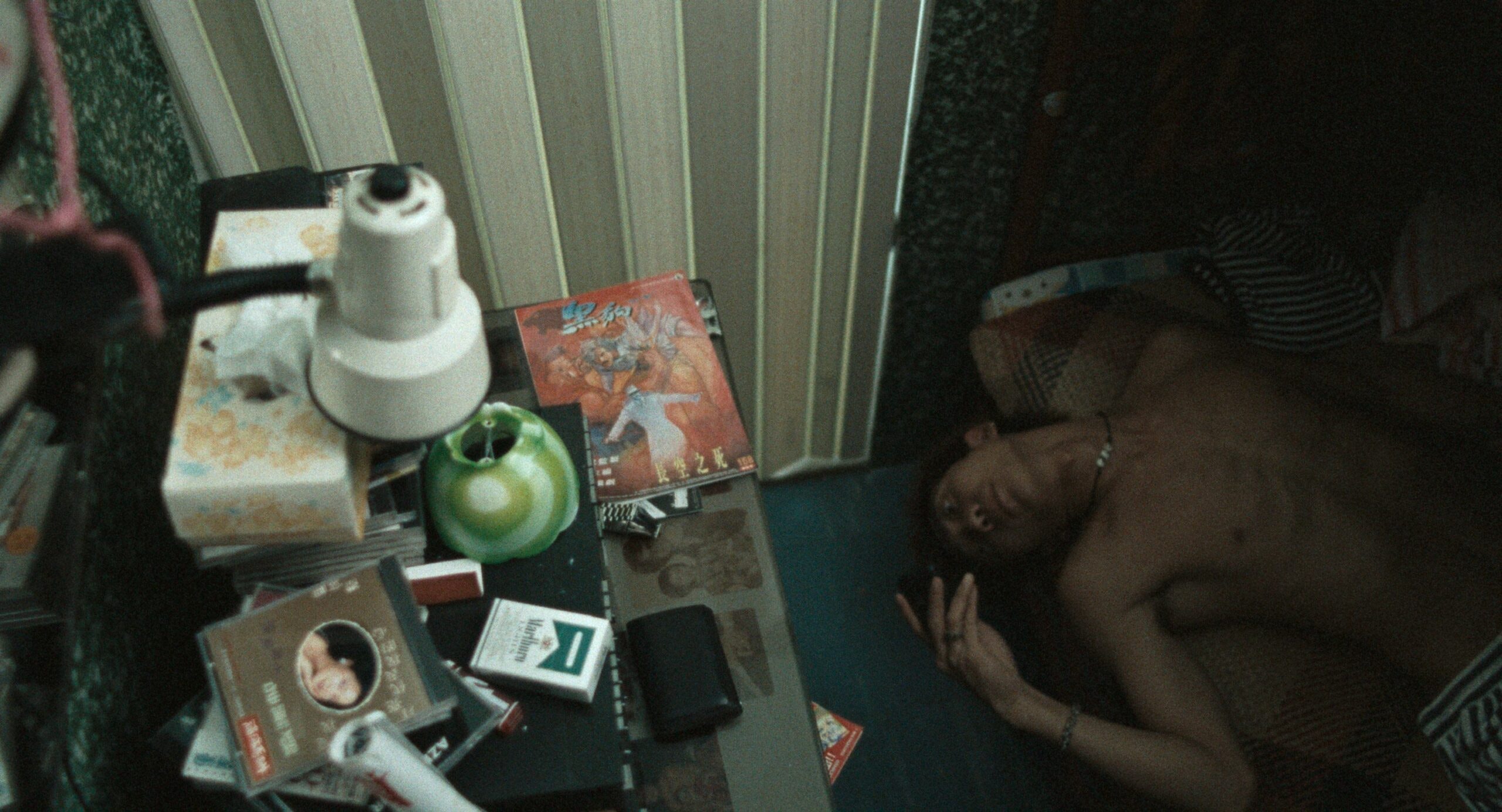 The space of the film appears to be a kind of naturalistic, deterministic space, a dead-end street with no exits. It is a story of broken families and abandoned children, of the failure of parents, school, and church.

Set in Hong Kong’s housing estates, Made in Hong Kong could easily be mistaken for a sociological study of delinquents and disaffected youths from broken families. The narrator is a young man called Autumn Moon, so named because he was born on Mid-Autumn Festival Day. Moon’s father has deserted his family, and now lives with his young Mainland mistress, who has given him a child. Moon is a high-school dropout who sometimes works as a debt collector for a gang, but, as he tells us, he has brains and cannot be manipulated. He also shows that he has a heart, by taking Sylvester (named after Sylvester Stallone), a mentally handicapped neighbor whom all the other kids bully, under his wing. On one of their debt-collecting trips, Moon (Sam Lee) and Sylvester (Wenders Li) meet a girl named Ping (Neiky Yim Hui-Chi), who has also been abandoned by her father, leaving her mother in debt. Ping does not go to school because, we learn later, she is very sick and needs a kidney transplant. Moon and Ping are quickly attracted to each other, and together with Sylvester they form a trio of innocents against the world—but not a very successful trio, because the world kills them one by one. The vulnerable Sylvester, tricked into becoming a drug carrier, is killed when the delivery goes wrong; Ping, unable to find a kidney donor, dies; while Moon, caught after multiple revenge murders, eventually shoots himself. “The world,” he says, “is moving too fast. Before you can adapt, the whole world has changed.” There is an eerie scene near the end, in which we see Moon’s bloodstained body propped up against Ping’s gravestone. A number of young children, surprisingly unshocked by the sight, approach Moon’s lifeless body and playfully put their fingers up his nose, searching for any signs of life.

The space of the film appears therefore to be a kind of naturalistic, deterministic space, a dead-end street with no exits (“You are just like your father,” Moon’s mom tells him). It is a story of broken families and abandoned children, of the failure of parents, school, and church. Parents are incapable, or irresponsible, or selfish; schoolboys in white uniforms are even more criminal than dropouts like Moon and Sylvester; and Susan jumps off a building that faces a church. Economic life too is dominated by the mob syndicates who exploit confused young people. “For the young,” Moon says in the language of filmmaking, “there is no take two,” no second chance. And as the dice are loaded, every take is bound to be a mis-take. Made in Hong Kong could very well be understood at this level as unmade in Hong Kong. However, there is another sense of the word that might allow us to see the film in more than naturalistic terms: unmake as synonymous with undo. Thus “unmade in Hong Kong” means disconnecting the brutal and specific facts of the world, which the characters are forced to recall on a daily basis, from an intuitive belief in something non-specific, something not more definite than a “promise of happiness,” even if it is only some ghostly promise whose terms are not understood. And this brings us to the fourth main character in the film, the schoolgirl Susan (Amy Tam Ka-Chuen) who haunts all three friends. 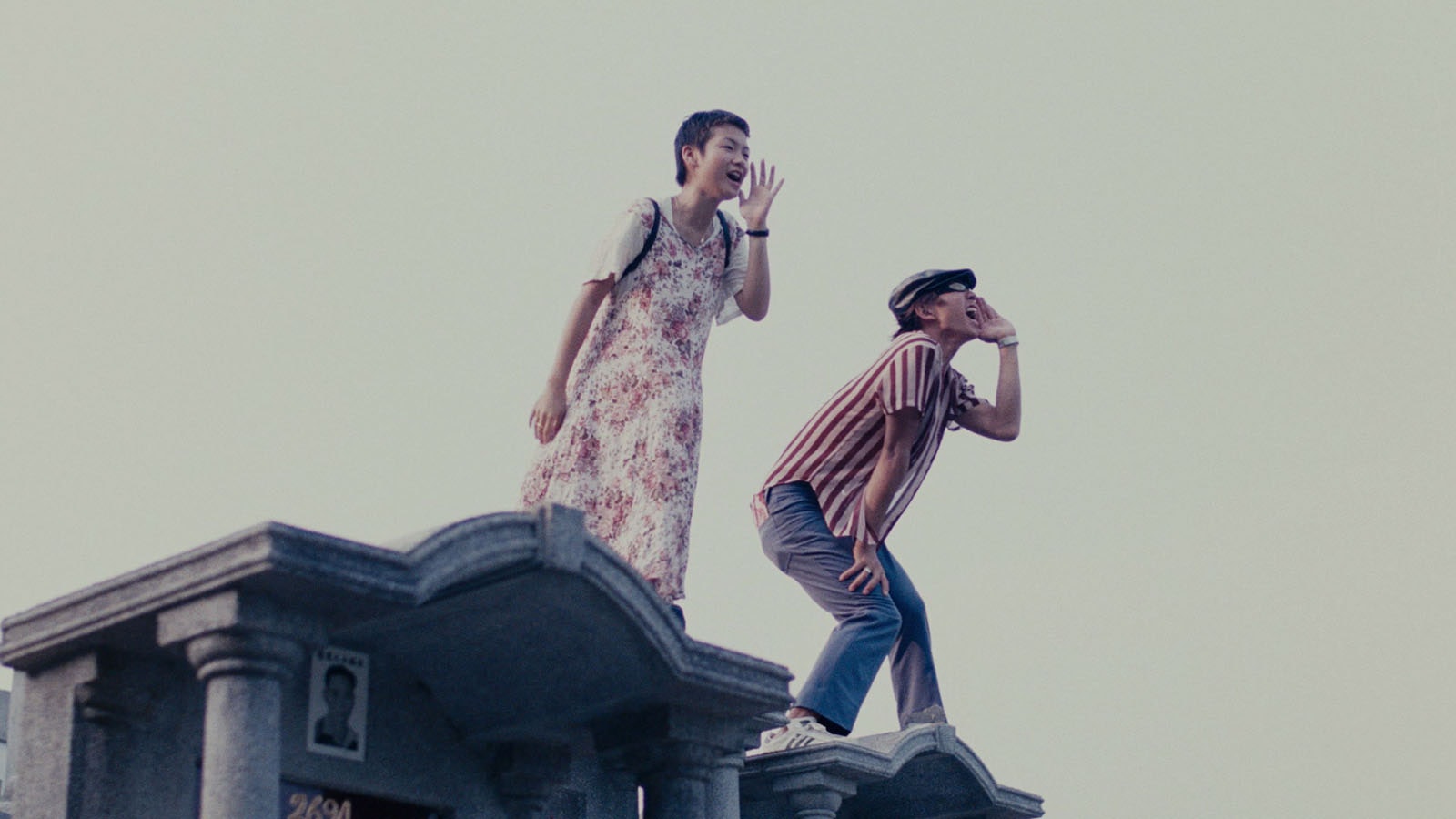 Susan commits suicide early on in the film, because of unrequited love for her P.E. teacher, so that her whole “life” in the film is an afterlife. Moon, Ping, and Sylvester never met her, but after Sylvester retrieves two bloodstained letters from beside her body—one addressed to her parents, the other to her teacher—the three find themselves inexplicably drawn to her. It is as if some knowledge of her life and actions were essential to an understanding of their own. She becomes literally their spiritual friend, and Moon even feels that Susan haunts him at night and gives him wet dreams. When they deliver her letter to the P.E. teacher on her behalf, he only looks embarrassed and surreptitiously tears it up. Susan is rejected in death as in life. Her story is not a happy one—yet the rare moments of happiness in the film are all associated with her. There is a scene at around the midpoint that stands out, in which the three friends wander carefree among the hills of Hong Kong. It could almost be a sequence out of The Sound of Music—except that the hills are not alive but full of dead bodies, as the trio are in a cemetery visiting Susan’s grave, and what they are shouting is the dead girl’s name.

Toward the end of the film, Susan’s letter to her parents is finally delivered, and shots of them opening it are intercut with shots of Moon lying dead beside Ping’s grave. When the letter is opened, it is found to contain additional comments in the margins from both Ping and Moon—both now dead, as is Sylvester. The message with its parerga becomes not just a letter addressed to Susan’s parents but a kind of joint letter from abandoned children who become delinquent, to delinquent parents who run away to give themselves a second chance that their children never receive. However, it is not a question of juvenile delinquency or even adult delinquency, but a question of delinquencies of memory. Susan’s parents show no indication of understanding the joint letter, which becomes in all senses of the phrase a dead letter. This is followed by another kind of communication that is being broadcast over the radio, an old speech by Mao addressed to the youth of China, telling them that the world belongs to the young. The question Chan is asking here is the question T.S. Eliot asked in the “East Coker” section of “Four Quartets”:

Had they deceived us
Or deceived themselves, the quiet-voiced elders
Bequeathing us merely a receipt for deceit?

“Mao” stands not just for a particular political system but for all the parents and politicians (the “elders”) who say one thing and do another; delinquents of memory bequeathing us a receipt for deceit. On the other hand, there is Moon and his group who through all the deaths and frustrations hold on to each other and to the possibility of other ways of life “made in Hong Kong.” In a last posthumous voiceover, Moon tells us that there is one thing he knows: that he, Ping, Sylvester, and Susan are now happy. We can almost believe him. •

Ackbar Abbas is a professor of comparative literature at the University of California, Irvine, and the author of the book Hong Kong: Culture and the Politics of Disappearance (University of Minnesota Press, 1997). 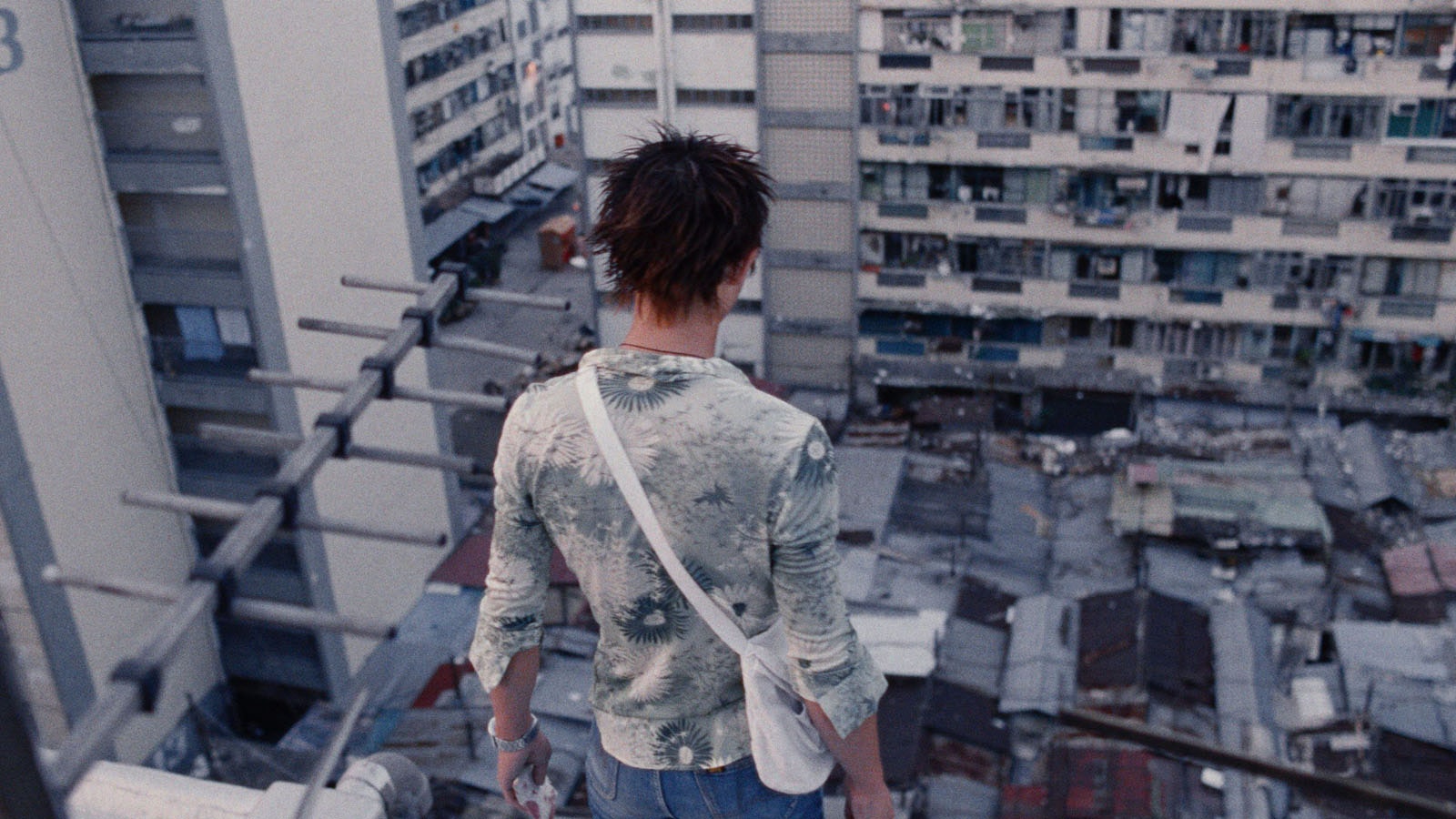