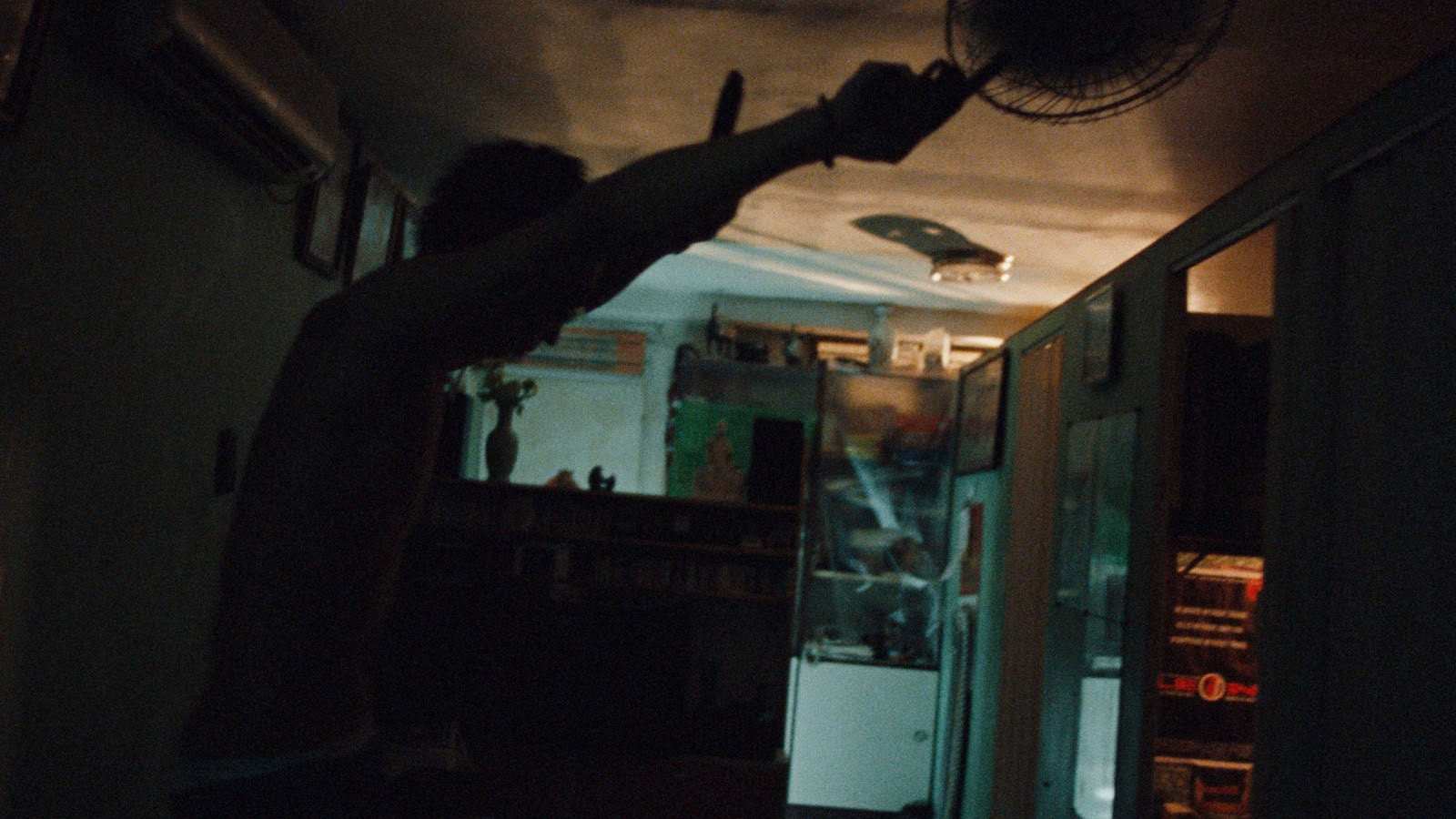 Fruit Chan’s Made in Hong Kong captures the realities of Hong Kong’s marginalized people with immediacy and urgency. 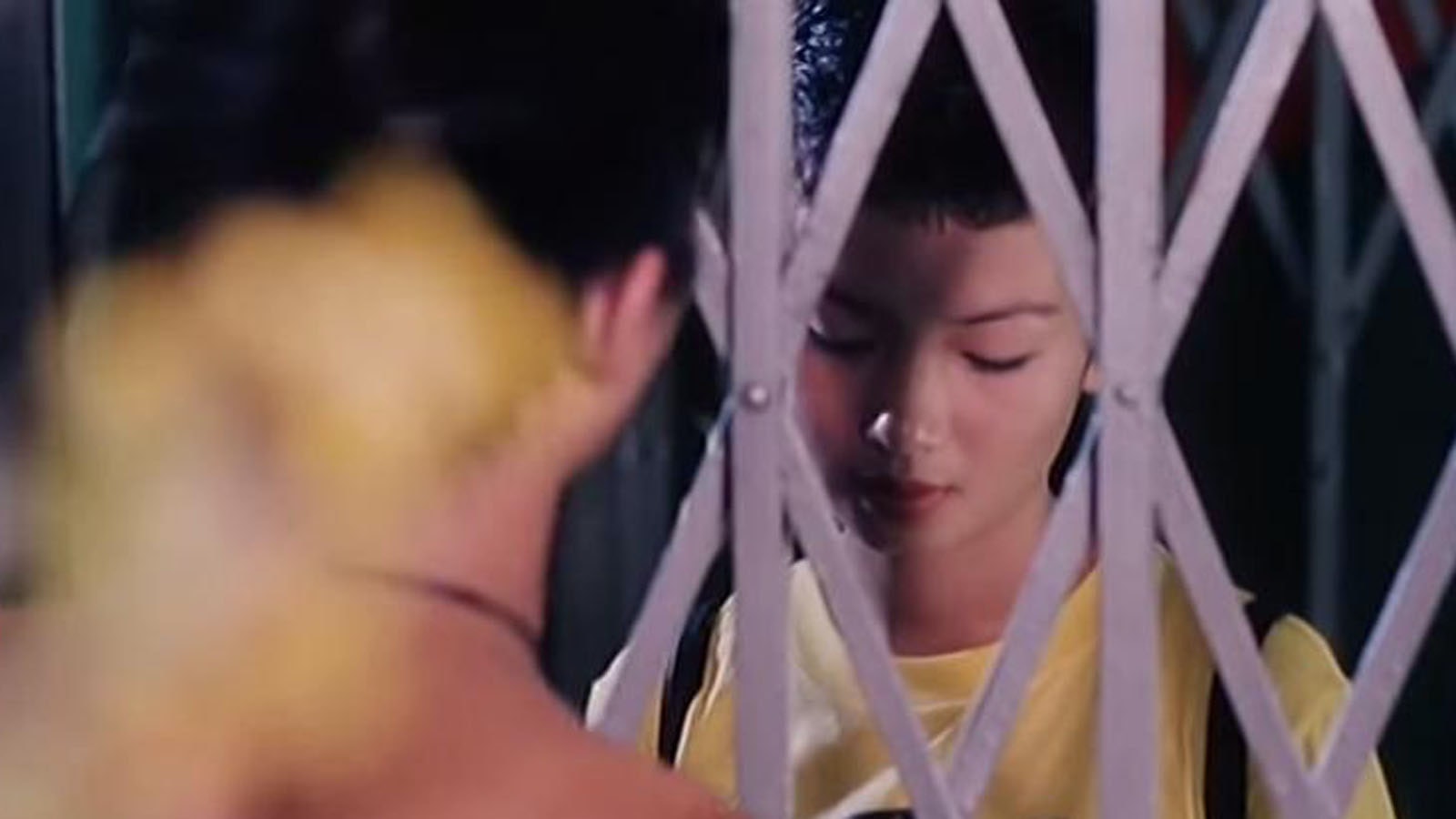 In 2019, Hong Kong became synonymous with a wave of decentralized protests that is still reshaping streets and minds as we head into a new decade. Rekindled is the spirit of the 2014 Umbrella Movement: the air is once again electric with the energy of youthful resistance and rallying cries for self-determination, long overdue. In the face of such a political challenge, it has become possible, if only fleetingly, superficially, to get a sense of what Hong Kong must have felt like during the Handover period. Agreed upon in 1984 and coming into effect on July 1st of 1997, the transfer of sovereignty from the United Kingdom to the People’s Republic of China set Hong Kong on the continuum that it is on today. It ended a decade of anticipation aligned, not coincidentally, with the booming years of Hong Kong cinema. But as a countdown ended, another began: to 2047, the year on which Hong Kong’s special administrative status which allows for its current self-governance, is set to expire. In this new period, the mainstream film industry has shifted gears and reoriented itself towards the ever-blossoming Chinese market, while independent films have been relegated to smaller and smaller margins. And the unease, concerning this crucial question of a city’s future, caught between mainland’s “One China” agenda and a democracy inherited as a former colonial subject, has only grown with time.

This concern looms large over at least three generations of filmmakers. In Dangerous Encounters of the First Kind (1980), to name but one example, maverick director Tsui Hark was already asking the question: what will happen to Hong Kong’s children? His film suggested bloodshed: a raging no-future manifesto written on the hills of a cemetery. Following in that spirit, Hong Kong cinema was like lightning in a bottle. It was a cinema of crackling energy and unresolved tension; of announced endings, and of the feeling, fleeting and charged, of running out of time: a theme made increasingly overt in the city’s films as the 1997 “deadline” drew nearer—an anxiety explored in every conceivable form and register, whether in the mainstream or its alternative. But over time, few filmmakers proved as coherent at capturing the transitory nature of Hong Kong as Fruit Chan, who carried these preoccupations well beyond the Handover.

Following poorly received work-for-hires Five Lonely Hearts (1992; only released on video) and the subsequent box-office failure of Finale in Blood (1994), Chan decided to make Made in Hong Kong (1997) “as an endeavor to launch a revolution.” (1) Responding to Tsui’s film and trading its violent spectacle in favor of a form of poetic social realism, Chan favored shooting on location with non-professional actors. Channeling every bit of the revolutionary spirit associated with watershed New Wave films from abroad—whether Jean-Luc Godard’s Breathless (1960) or Nagisa Oshima’s Cruel Story of Youth (1960), a documented influence—Made in Hong Kong captures the realities of Hong Kong’s marginalized people with immediacy and urgency. Shot on celluloid tail-ends collected with the help of Andy Lau’s Team Work Production House, it is also a response to what programmer and critic Li Cheuk-to describes as the “triad kid” sub-genre. (2) The famous Young and Dangerous series took Hong Kong by storm in 1996 and, in Chan’s own words, Made in Hong Kong was meant to “destabilize the heroic point-of-view” (3) of such a stock character, offering a cautionary tale instead of the usual story of fraternity, loyalty and success associated with the gangster film. 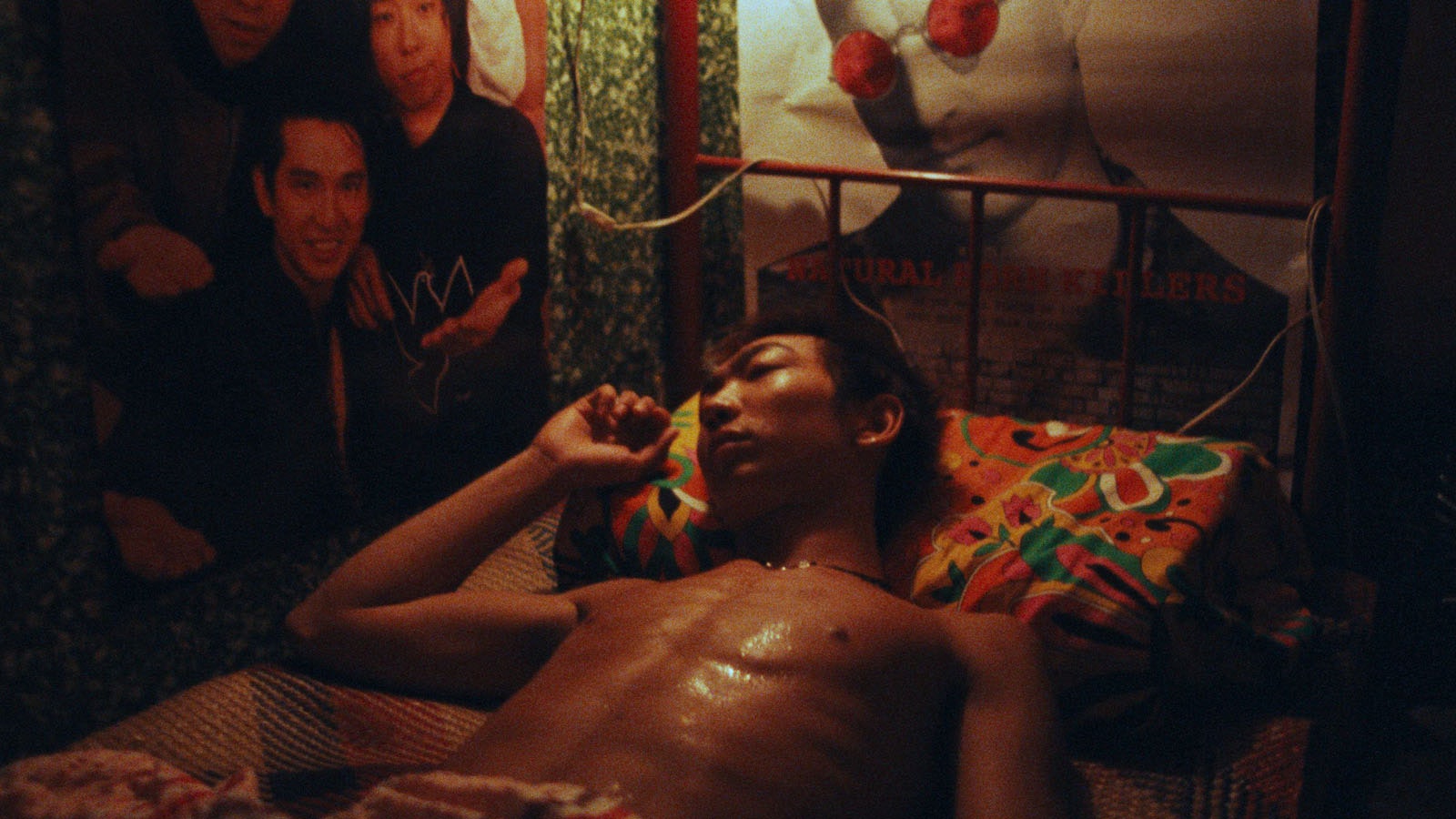 Autumn Moon, a high-school drop-out and triad hopeful, works as a debt collector for the local gang. He spends his days running around labyrinthine housing complexes, harassing tenants for money, zipping through market stalls and beating opposing thugs with suckling pigs. On his walls, posters of Oliver Stone’s Natural Born Killers (1994) and Luc Besson’s The Professional (1994) give us an idea of his heroic aspirations and DIY ethics. His father has flown the coop and started his life anew with a mistress and her kid. Meanwhile, his mother is growing increasingly irritated at her son’s ungovernable attitude. No matter. Moon elects a new family and takes on the role of big brother to Sylvester (“no Stallone”), a boy with a mental disability whose prospects are equally slim. The two teenagers soon cross path with Ping, a public housing neighbor with a terminal kidney disease, and Susan, a ghostly figure whose bloodstained suicide letters become an object of fascination for the living teens. Fated to disappear, whether at the hands of gang violence, disease or failing mental health, the four characters become emblematic of the systemic violence and inequality that targets the poor. “Everyone has a story to tell,” observes Moon, and it might as well be Chan’s motto: to tell of Hong Kong as it is, in the moment, away from the cozy filmmaking establishment of its boom years. Gone are the rose-tinted glasses: here is public housing living, captured with a fly-on-the-wall authenticity. Neighbors and social workers are seen coming in and out of the precariously divided, gritty apartments, whether to borrow soy sauce, offer advice, or do what nosey neighbors do in the name of community. “Poverty begets evil,” says Autumn’s mother. However, these characters are not evil: simply products of circumstance, of societal and historical forces pressing down.

Death and a bitter sense of predestination informs the entire film. As Moon, Ping and Sylvester move closer to their fate, this affectation develops, quite beautifully, into a tragic and lucid worldview. Frequent cutting to light flares punctuates the film with dazzling, sweaty bursts of color, no doubt a side-effect from the second-hand celluloid the film was shot on. As a result, a ghostly, ephemeral quality quickly permeates the picture itself, as the film’s themes of loss, despair and a clearheaded resignation come into sharp focus. Here is a youth ready to die, but not willing to give up the fight; wanting, if anything, to go out with a bang, and to taste life without oppression. (Or, as suggested by one of the film’s most striking, poetic images: mooncakes at the tip of a gun.) Soon enough, Moon graduates from words to fists, to knives and guns—glory not to be found at the end of it all. The schematic of the triad film is thoroughly subverted, and Chan’s coming-of-age morphs into a coming-to-death: an account of being, at the end of all things. “Death doesn’t necessarily require a lot of courage,” as Moon puts it himself. Fighting for the future, however, is a different matter.

And while the film’s nihilism could be decried—especially today, when the question of hope has become a vital part of facing the unraveling of the world—Made in Hong Kong remains a deeply affecting work. Hope is to be found in the beauty and frankness of its performances by non-professionals, in the link that develops between the three teens and their dead comrade and, finally, in the vitality with which they navigate life on the edge. Most importantly, the film endures as the pitch-perfect encapsulation of the Handover era’s zeitgeist. Narrated by the ghost of a “loser” rather than by a hero or a Wong Kar-wai-esque romantic loner, Made in Hong Kong captures a youthful angst about finding one’s place in the world, unmoored in time and unfixed in identity, at the mercy of an unknowable game of nations.

The end of the line and the beginning of a new era of filmmaking in Hong Kong, Chan’s third feature was, in many ways, his true debut—made by a filmmaker in a similar cul-de-sac position as his characters. 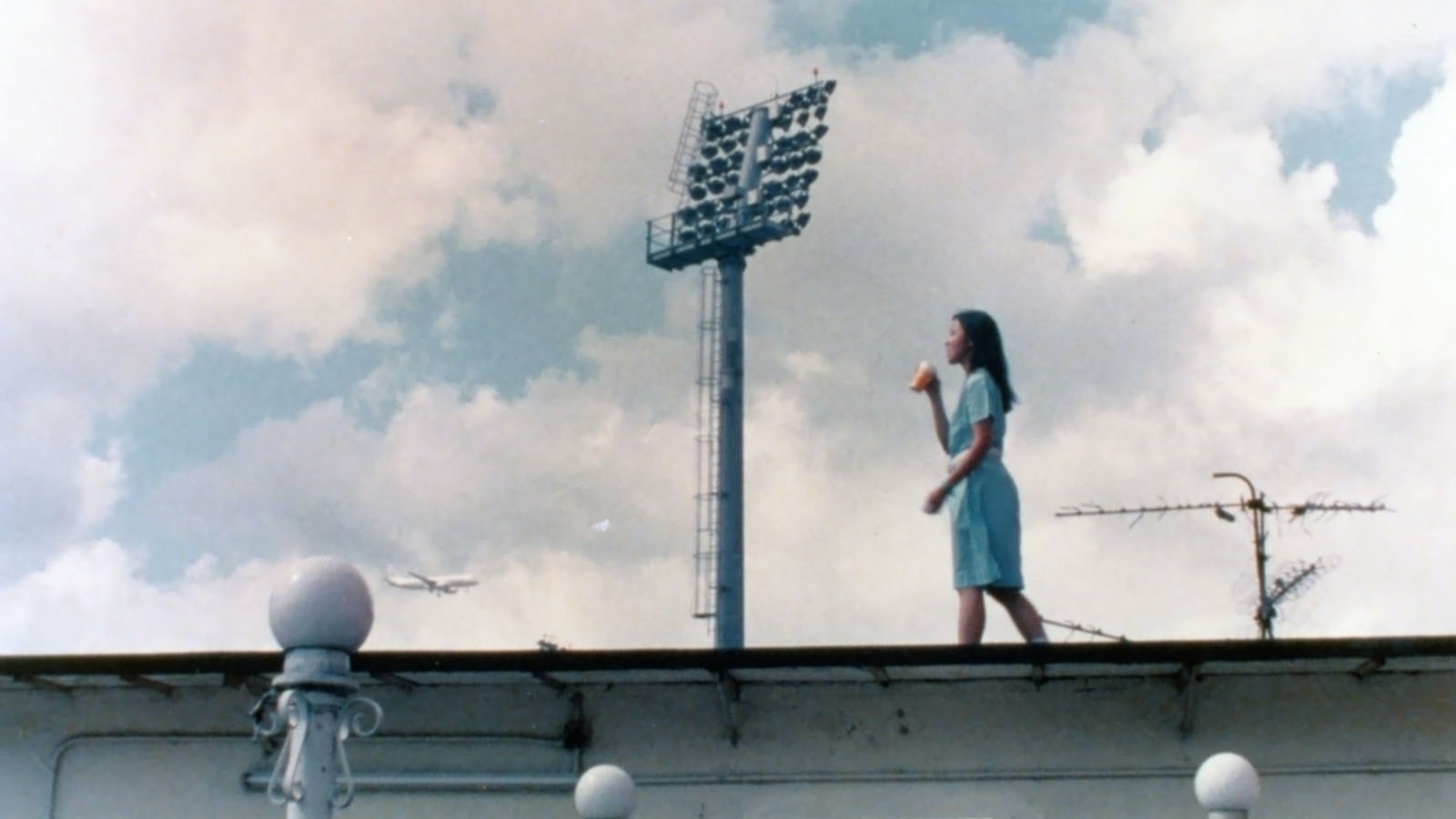 The end of the line and the beginning of a new era of filmmaking in Hong Kong, Chan’s third feature was, in many ways, his true debut—made by a filmmaker in a similar cul-de-sac position as his characters. Like Moon, Hong Kong is caught between an absent father and a runaway mother that has all but given up on its children. The political allegory writes itself, subtext that Chan would make explicit in The Longest Summer (1998), the bloody tale of former British Army sergeants, now disillusioned and jobless in the days leading to the Handover ceremony. Little Cheung (1999), closing Chan’s Handover Trilogy, proved the most autobiographical of the trio: showing the streets of Tsim Sha Tsui from the perspective of an 8-year-old-boy, who spends his days delivering for his family’s restaurant and striking friendships with undocumented migrants and petty gangsters alike. In one of the film’s most memorable scenes, Cheung and his two young friends look across the harbor to Central side, pointing to the HSBC building, the convention center, and other iconic landmarks. Considering Chinese president Jian Zemin’s imminent visit to Hong Kong, they shout into the ocean, in naïve yet pure defiance: “Hong Kong is ours!”

Chan’s recent films such as The Abortionist (2020), Three Husbands (2017), and The Midnight After (2014) are also worth considering. These films remain remarkable works about Hong Kong, its character and ever-changing landscape. Allegorical films about the city rather than commercial films about its stars, they tackle controversial topics such as illegal abortion clinics, prostitution and nothing short of the incoming apocalypse—retaining something of the transgressive spirit that has all but disappeared from Hong Kong cinema. And as the question of the youth arises anew, a vital as it ever was, it is worth remembering that it began here, with Made in Hong Kong, an essential reminder that today’s fight is a result of yesterday’s unresolved trauma, cementing a solidarity across generations and a better understanding of what stands to be lost when youth is in peril and a city is unmade. •

Ariel Esteban Cayer is a Hong Kong-based writer and film programmer. He works primarily for the Fantasia International Film Festival in Montreal, where he curates Asian cinema and oversees the Camera Lucida section, dedicated to international works at the vanguard or margins of genre cinema.