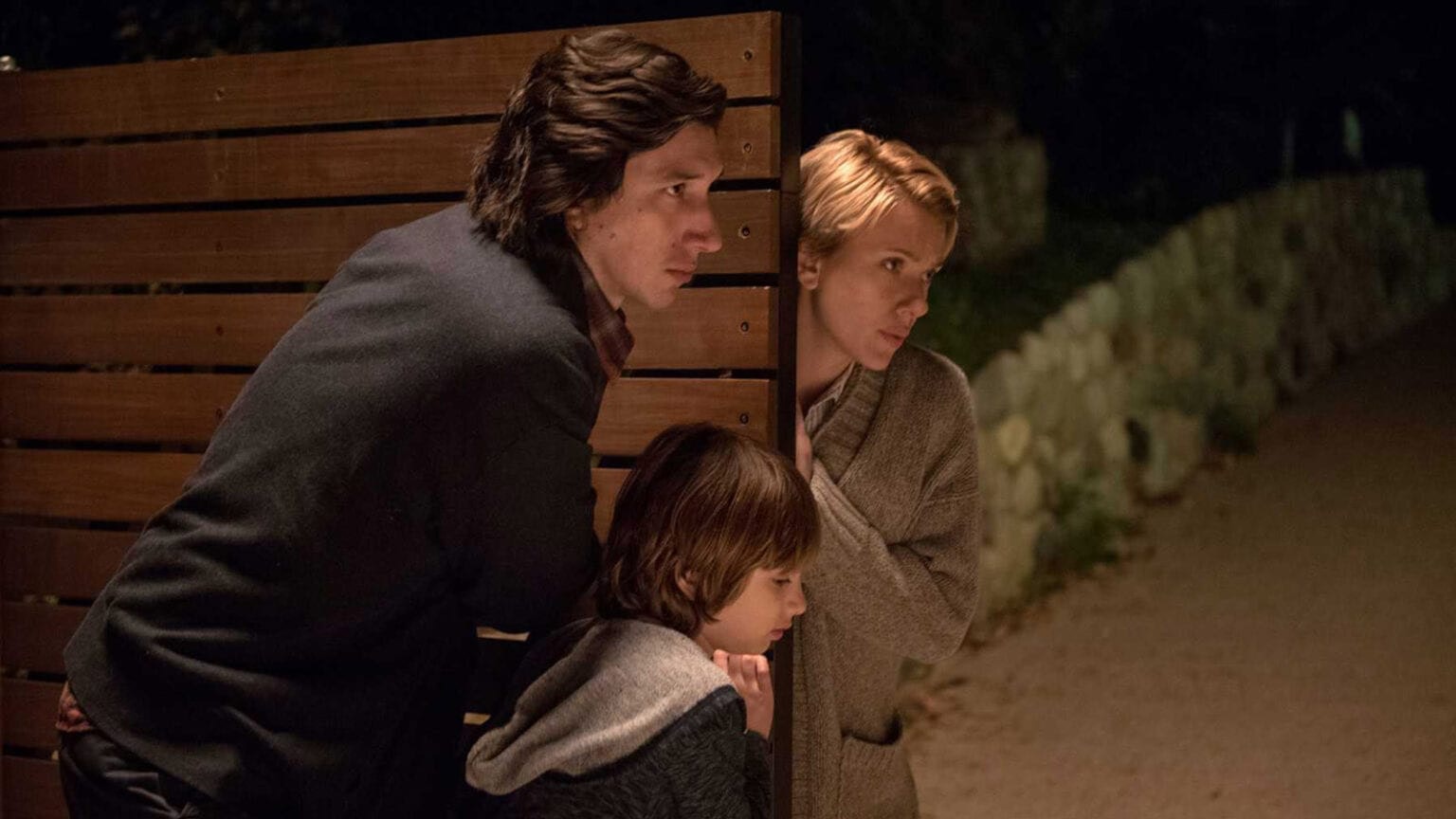 The director of The Squid and the Whale continued his exploration of
families dividing with Marriage Story. This piece was written shortly after
the film’s release, when audiences were passionately debating
which side to root for. 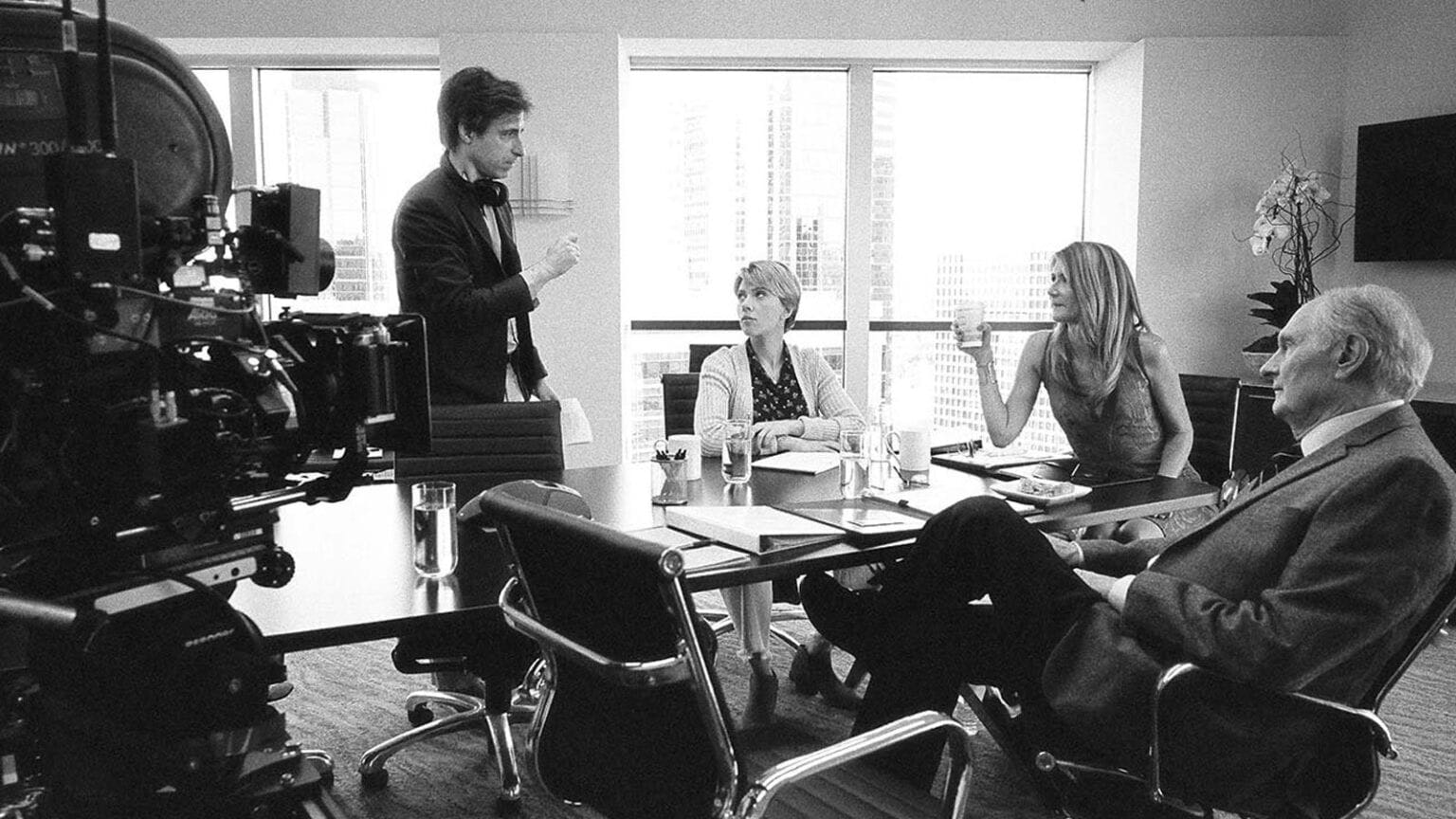 The divorce at the heart of Noah Baumbach’s Marriage Story is not an open-and-shut case. There is no obvious villain, and no one just walks out on their family. Both sides have their grievances that have piled up over the years and are now too big to ignore. Eventually, the couple’s passive-aggressive stares morph into shouting matches. In this case, love just fades. Who can you blame for that?

In the weeks since the movie debuted on Netflix, vigorous debates flared up: Whose side are you on? Is the movie is tilted in favor of one character? If anything, the discussion is speaking not to the movie, but to the messy nature of divorce, and how the movies have traditionally depicted these proceedings. Of course, not everyone who goes through a divorce is an aggrieved or accused party. Sometimes, what’s best for a relationship is to end it. Baumbach has created a story that shows how divorce can take a nasty turn that brings out the worst in otherwise sane individuals.

When we first meet Charlie (Adam Driver) and Nicole (Scarlett Johansson), they’re reading off a list of things they love about each other, endearing each other to the audience with their habits and personality quirks and the one trait that will set the rest of the movie: neither side likes to lose. Then the affection stops abruptly. Nicole no longer wants to share those feelings with Charlie and she walks out of the counseling session without reading her list of things she loves about Charlie to him. It’s not a showy end of the relationship but it is a definitive point, showing their marriage is beyond repair. This is the closest the movie will get to depicting their years together. We won’t know about every time Nicole left feeling unheard by her husband or when Charlie felt so unloved by his wife that he slept with a colleague. They will rehash the details over and over again in arguments, but the audience is not privy to the moment itself; we can only see the tip of the iceberg-size resentment that formed over the years. Coming to the story as the divorce is imminent, we are bystanders to a crash moments before impact.

BAUMBACH HAS CREATED A STORY THAT SHOWS HOW DIVORCE CAN TAKE A NASTY TURN THAT BRINGS OUT THE WORST IN OTHERWISE SANE INDIVIDUALS.

Perhaps a reason so many viewers have left the movie with different readings is that Marriage Story does not equally divide its time and refuses to share its narrative loyalty in a one-to-one ratio. We spend more time with Nicole at the beginning as she wrestles with the impending unpleasantness of divorce proceedings. After all, she’s lost opportunities and years of her career after her husband decided against moving closer to her mother and sister, who could have helped out with childcare needs. Later, we watch Charlie struggle to adapt to the reality of his wife’s new life in Los Angeles even though he wants to continue working in New York City where they started their family. Now, it’s his turn for sympathy: he doles out untold amounts for cross-country flights and becomes frustrated with the legal affairs that could potentially cost him time with his son. This back-and-forth continues as both try to reconcile the differences that tore them apart in the first place. As they each try to exert control over an uncertain future with their child, Henry (Azhy Robertson), they take turns hurting each other (and themselves) in the process.

Baumbach, who also wrote the film, has explored the topic of divorce before, in his 2005 movie The Squid and the Whale. In that case, much of the movie’s perspective came from the eldest son, played by Jesse Eisenberg, as he watches his family split into two homes. In Marriage Story, the focus is on the couple and their experiences together and apart. They each go through highs and lows at different times, and the story’s perspective shifts freely between the two characters as if the audience is meant to feel for both of them through this difficult time. When the legal proceedings begin to heat up, there’s a shared sense that the couple has lost control, especially when expensive lawyers paint the other party as irresponsible in order to win their case. The couple is at once locked in combat yet also look downcast and hurt in this scenario. In the courtroom, we see the typical movie version of divorce—each side villainizing the other in ways Baumbach had heretofore chosen to carefully avoid. It would have been so simple to dip into reductive clichés, but it’s much more compelling to see the movie swerve and miss them, and jarring to watch them suddenly explode

Some viewers have pointed out that the lawyers could be seen as the real villains in this story. However, I’m partial to a more generous reading. Nora (Laura Dern) and Jay (Ray Liotta) are fierce advocates for their respective sides. In a different movie, their roles might have been played by close friends or family members, but Marriage Story is about a couple that feels removed from the rest of the world. Charlie’s estranged family is mentioned but never shown, and Nicole’s mother and sister would much rather she would stay unhappily married. In order to find support to take on each other, Nicole and Charlie lean on legal counsel, sometimes to their detriment. Their lawyers are capable of playing a little dirty in order to win, which is what Charlie and Nicole ultimately want—to win their side of the divorce. Charlie wants to return back to New York City with their son and Nicole wants to stay near her family and return to work in Los Angeles. To contrast their ruthless tactics, Baumbach includes a doddering lawyer named Bert (Alan Alda), who Charlie initially hires for a time because he treats him kindly and speaks to him like another human being. However, that’s not how the divorce games are won, and Charlie falls back on the more cutthroat counsel, Jay, to combat the formidable Nora, Nicole’s lawyer. The tender moments of parenting or caring for each other fall away as the objective becomes “to win” rather than “to end.” 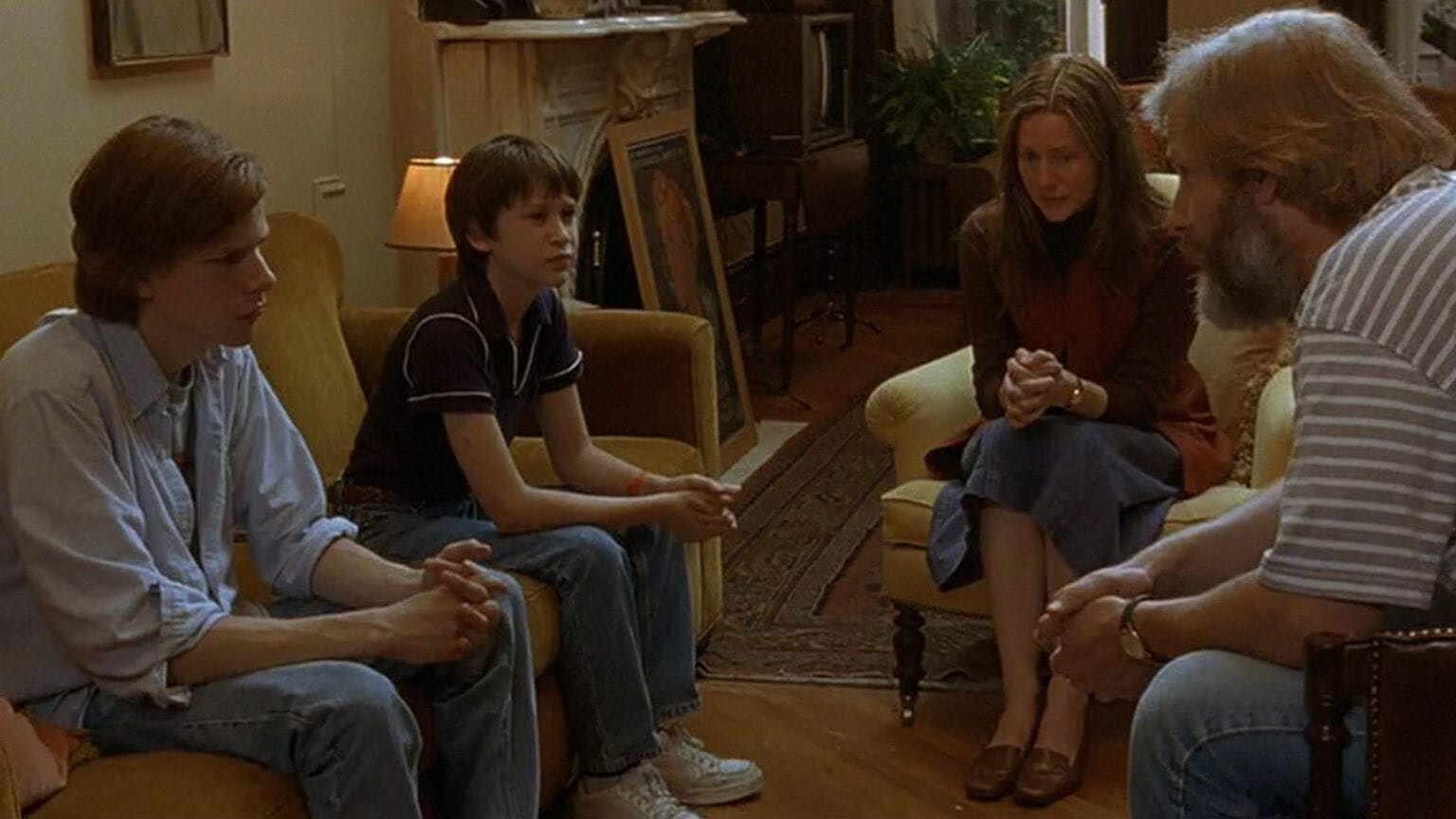 The Squid and the Whale

It’s easier to reckon with the clean-cut divorces in movies like Kramer vs. Kramer or Mrs. Doubtfire, because the women in these films walk out and it’s up to the men to figure out the rest. In divorce stories centered around women, the dissolution of a marriage is often the start of a new chapter where she can reclaim her independence and identity, as in Waiting to Exhale or The First Wives Club. Naturally, our sympathies align with whoever we spend the most time with; one side is almost completely written out of the narrative. It’s much harder to cope with stories when we know both sides, as in Asghar Farhadi’s A Separation, Danny DeVito’s The War of the Roses or Sarah Polley’s Take This Waltz. These movies can feel like watching a drawn-out tug-of-war: everyone’s tired and muddied but still pulling away from one another. We may not want to even cheer for anyone in this fight as we’re dragged into the couple’s emotional quagmire.

It’s that distinctly uncomfortable dynamic that makes Marriage Story an unforgettable entry in Baumbach’s oeuvre. Maybe you’ll spend time parsing out the differences between Charlie and Nicole long after the credits or maybe you’ll have chosen a side before the movie’s over. Thankfully, Marriage Story ends on a breathtakingly simple but moving gesture. At least in Charlie and Nicole’s case, their story isn’t truly over once the papers are signed—it’s just a new stage. In light of this ending, the reactions to the movie have been divisive in a way that makes me think of watching two friends break up. Some mutual connections may side with one person or another, others caught in-between the two will try to see both perspectives and stay in touch with the two on separate terms. But life goes on, people change and fall in and out of love. Perhaps Divorce Story doesn’t quite have the same ring to it as the movie’s title, but then again marriages don’t usually end with “happily ever after.” They just end. •

This piece was originally published December 19, 2019. 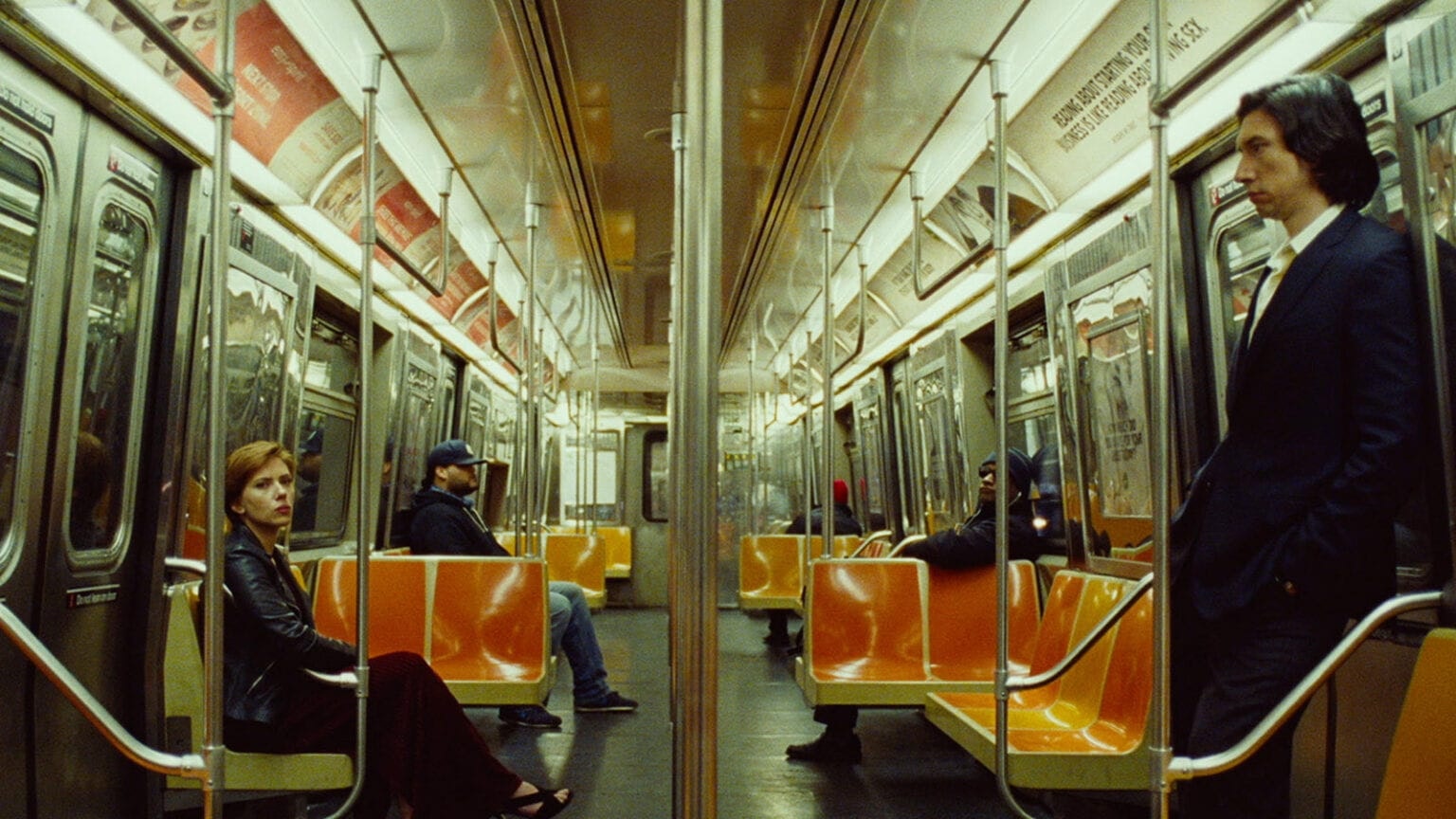