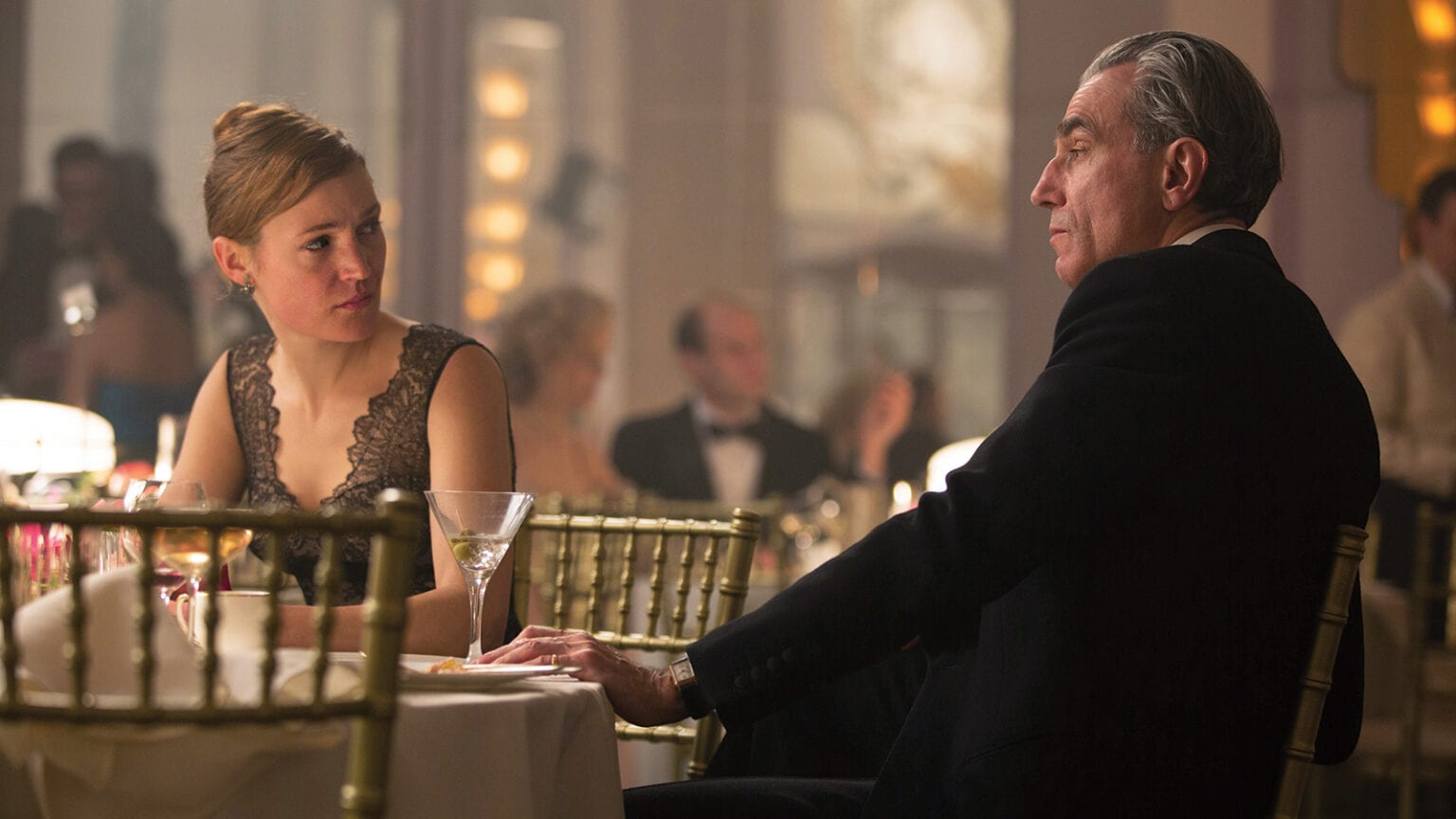 In his new book, the critic examines Phantom Thread ’s luxurious, intricate weave of contradictions as part of a critical study of its subject’s overall body of work. 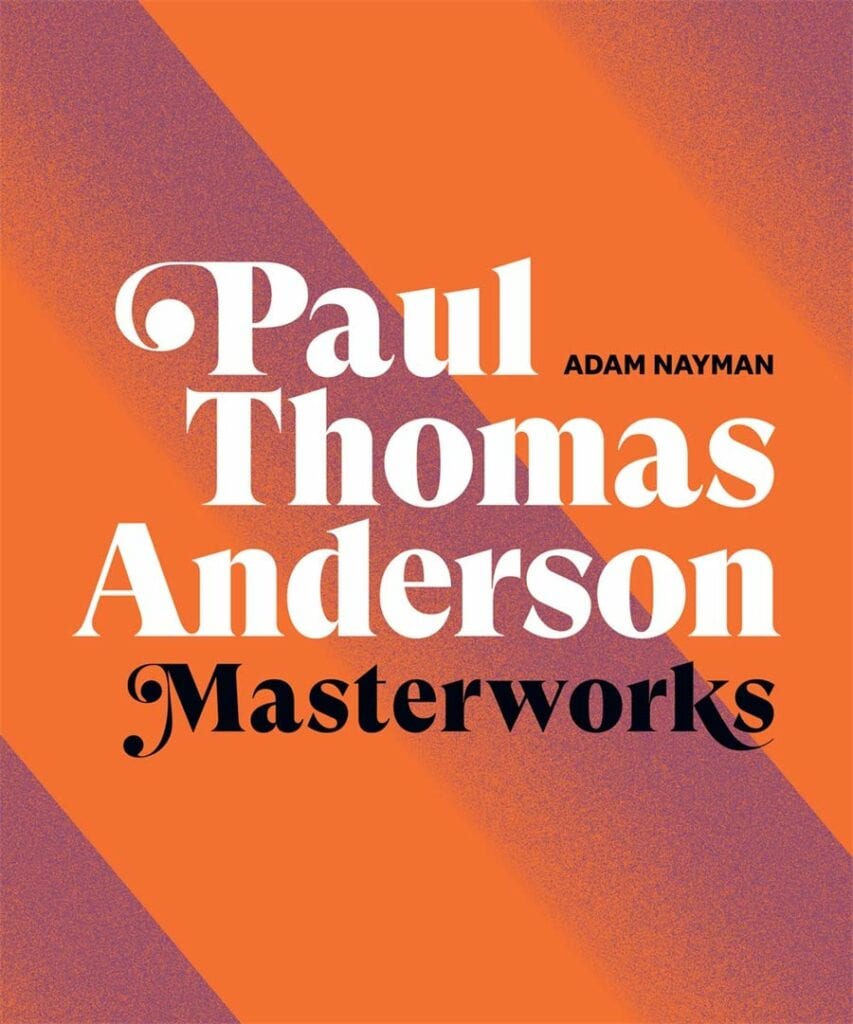 “Maybe he is the most demanding man,” says Alma (Vicky Krieps) in the opening scene of Phantom Thread (2017). The “he” in question is Reynolds Woodcock (Daniel Day-Lewis), a celebrated designer of high-end women’s fashion, whose imprimatur is an aspirational status symbol for those who can only dream of affording it. Alma’s introduction not only ensures that Reynolds’s reputation precedes him, it also cues us to see the man’s demandingness as his defining trait. In tandem with the subsequent, fetishistically detailed sequence depicting the great dressmaker’s daily ablutions—a straight razor shave, vigorous shoe polishing, gangly legs sheathed in purple stockings—the phrasing generates an expectation of gold-plated standards, and that the film to follow will be a portrait of the artist as an emissary of rigorous discipline.

It would do a disservice to the complexity of Phantom Thread to describe it as a film that begins and ends with Reynolds in the bathroom—from primping to purging. But if there’s one thing that this most sardonically scatological of romantic comedies requires—one thing that, like its self-monogramming (anti-)hero, it demands—it’s an unclenched perspective. For all its forbidding, foreboding atmosphere, Phantom Thread is a surpassingly funny movie, and the satisfaction of seeing a figure as singularly fastidious as Reynolds come progressively unruffled has a component of pure, ecstatic schadenfreude. Few directors are as fascinated by the spectacle of carefully maintained facades crumbling as Paul Thomas Anderson. Think of the alpha machismo of Tom Cruise’s Frank T.J. Mackey ebbing away during a calamitous night in the San Fernando Valley in Magnolia (1999). Or of cult leader Lancaster Dodd (Philip Seymour Hoffman) inadvertently undercutting his own grandiloquent psychobabble with an angry epithet in The Master (2012). Or of Day-Lewis’s tight-lipped oilman Daniel Plainview coming unglued during a church service in There Will Be Blood (2007), crying out “I’ve abandoned my child” in abject, guilty humiliation, knee bent in resentful deference towards a higher power. Breakdowns are Anderson’s specialty; in light of his fixation with physical and psychological deterioration, it’s no wonder he eventually made a film called Inherent Vice (2014). Phantom Thread imagines a scenario where the journey from hubris to humiliation results not only in a leveling effect, but a kind of liberation as well. As a piece of filmmaking, it is a tour-de-force of artistic control, matching the formal assurance of his other films without relying on or succumbing to their wild tonal and rhythmic shifts. Yet buried at the center of Phantom Thread—or, to take up its script’s various embroidery metaphors, stitched into its lining—is an insistence on the necessity, for Reynolds as well as the martinet-ish mindset he represents, of embracing helplessness and, with it, release: Of recognizing that purity and Puritanism are not natural conditions. 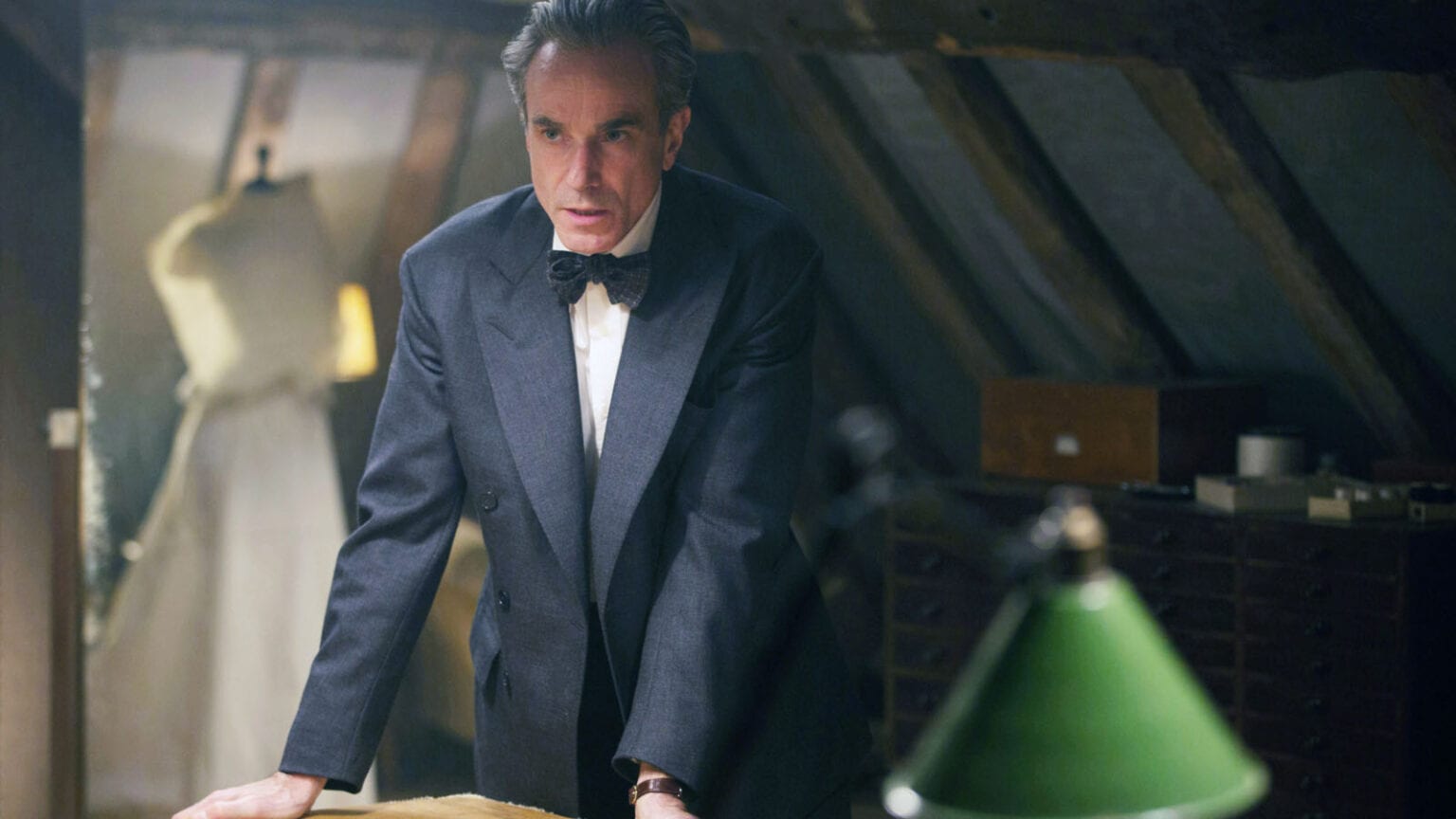 The author of this revelation will turn out to be Alma, who is initially willing to humor her husband’s control-freak tendencies. “I have given him what he desires most,” she says towards the end of the film’s prologue: “Every piece of me.” Her dreamy appraisal of her relationship with Reynolds paints married lifeless as a blessed union than an ultimatum met, yet she also insists on finessing the terms of her submission. Her resourcefulness gives Phantom Thread its shape as both a domestic farce and a meditation on balance and equilibrium, with both qualities embodied in a final two-shot that transforms the widescreen frame into a frieze of complicity and collaboration. If Reynolds is the “most demanding man,” then it is Alma who is at once his enabler and his equal, not to mention the person best-suited to teach him a lesson in humility.

Paul Thomas Anderson: Masterworks was published on October 20. Many thanks to Abrams for allowing us to print this excerpt. 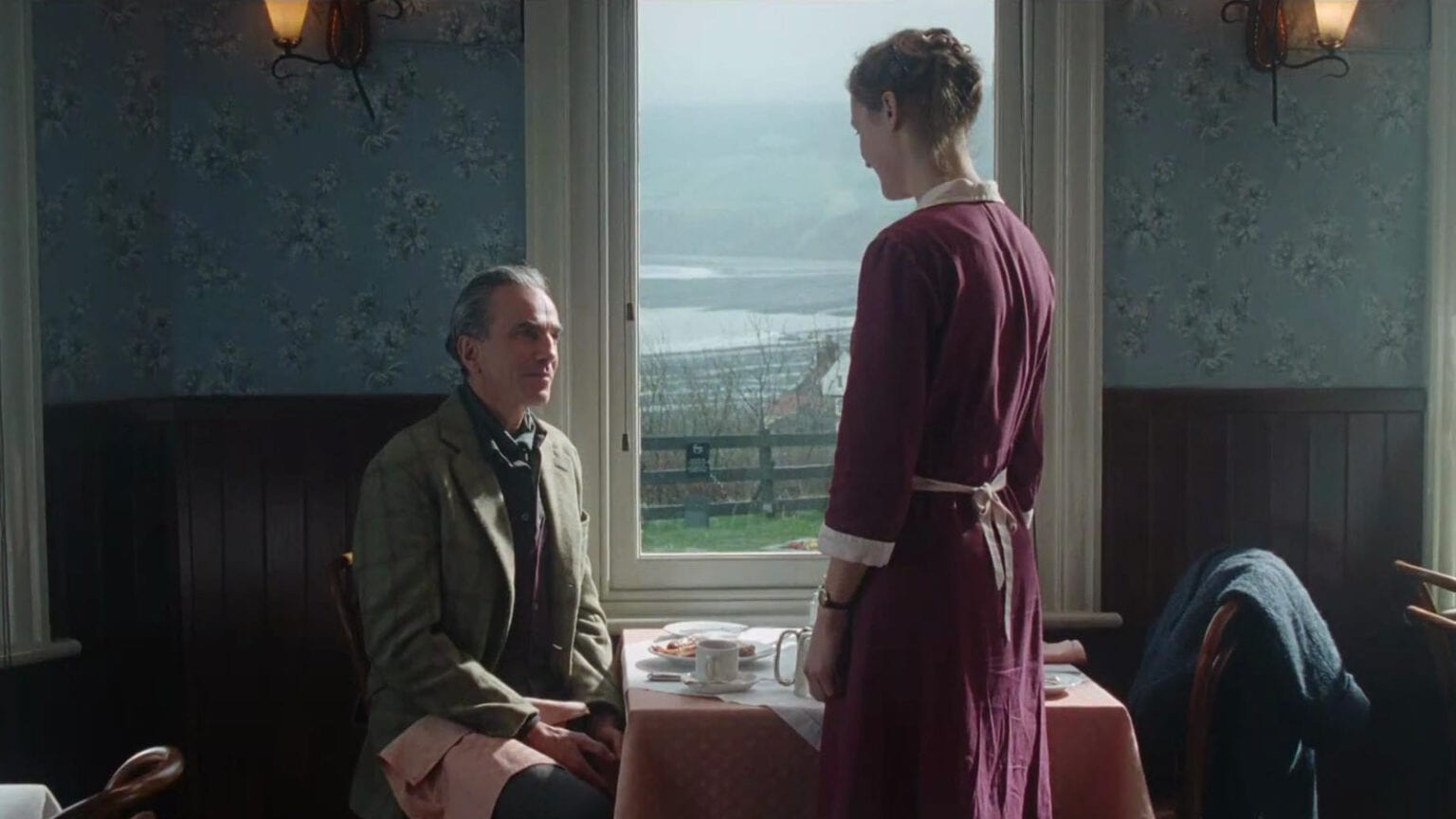