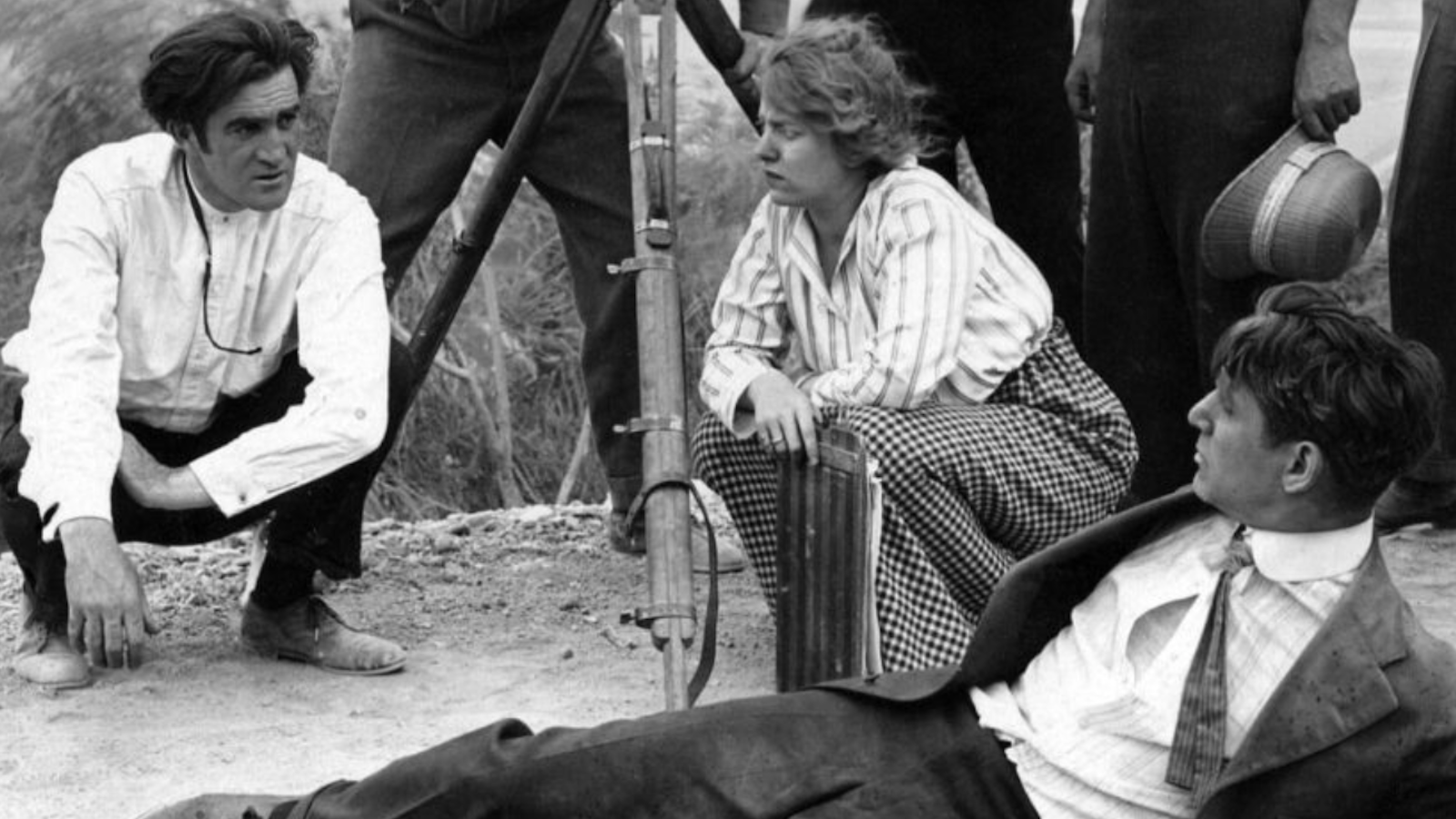 Up and Down the Ladder: Excerpt from an Unpublished Manuscript c. 1933

In an excerpt from his unpublished memoir about his time in Hollywood, actor Francis Ford describes working in early cinema, a period when audiences hadn‘t fully grasped the differences between screen and reality. 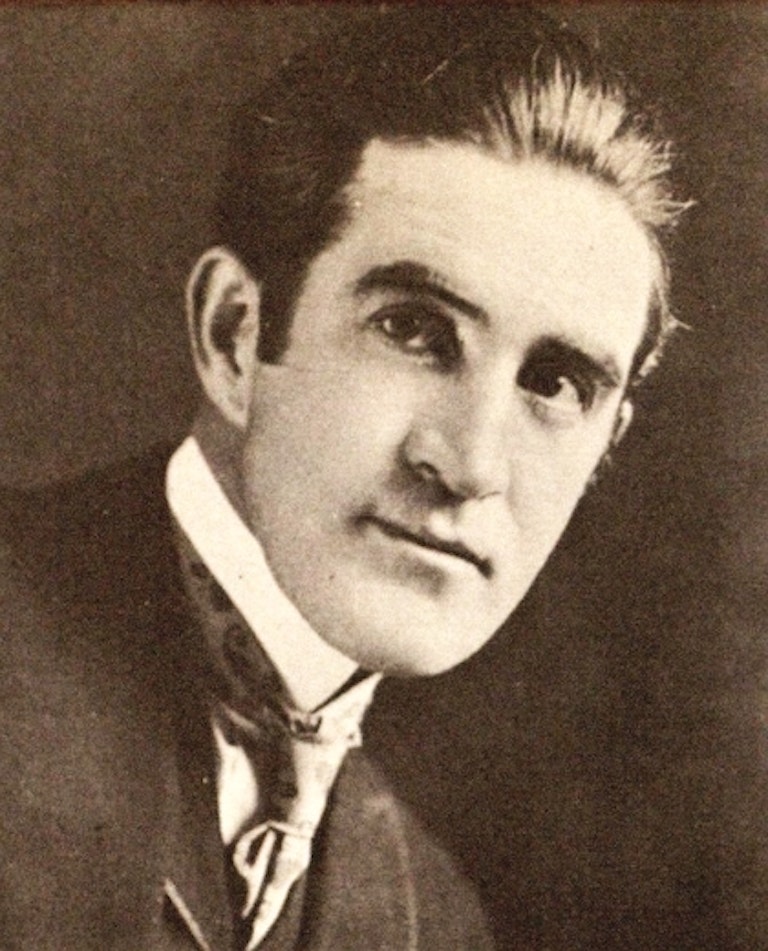 Francis Feeney ran away from home when his younger brother John was about 3. He was a roustabout and wound up in New York City trying to make it as an actor when, as he told it, he was up a ladder cleaning a streetlamp and a roving film crew offered him two dollars to fall off the ladder for the camera. They were the Centaur Film Co., the first independent producer, operating from Bayonne, NJ from 1907 while under legal harassment from the Edison Film Trust.

Francis wrote his memoir when he found himself virtually unemployable at the coming of sound. His survival plan was to develop a character he could become identified with, in the manner of Wallace Beery, who thrived in the talkies; Francis managed this but only as a bit player in some of his brother John’s films where he might play characters referred to as “Dad” or “Feeney.” Here, from the manuscript’s last chapter, is a section about how those first moving picture audiences responded to the images on the screen or the actors themselves when happened upon in person.

A copy of this memoir exists in the collections of The Academy of Motion Pictures Arts & Sciences; it doesn‘t read half as bitter as one might expect.—Joe Carducci

A copy of this memoir exists in the collections of The Academy of Motion Pictures Arts & Sciences; it doesn’t read half as bitter as one might expect.

In days gone by, when very few people were informed of the methods of picture making, I remember seeing a ‘Weekly’ [newsreel] where a French officer was inspecting the practice trenches of the American soldiers in one of our camps. The scene showed him coming along the trench accompanied by other officers and when he got to the end of the line, he stubbed his toe. A woman seated beside me said: “That‘s funny, I have seen this picture three times and he has stubbed his toe on that same piece of dry mud each time. Wouldn‘t you think he would be more careful?” Which only goes to show that the woman in question thought that every picture was taken separately, instead, as with a Brownie Kodak, several prints being made from one negative.

My sister tells me about a time when she took my mother to see an episode of one of my serials. In the close of the picture I was left hanging by my fingers to a floor that had opened in the center and was disappearing into the wall. In about two minutes the floor would have vanished and my fingers would have been pushed off and nothing to cling to. I would drop about thirty feet into a pit filled with alligators. When my mother read the title ‘COME NEXT WEEK AND SEE WHAT HAPPENS’... or something to that effect … she was worried. All the next week she was anxious about me and insisted upon my sister sending a telegram and asking how I was. She was positive that I had to hang there for a week and was sure I would not be able to make it….

When I think of my early days in pictures, I can not help but recall an incident that happened in my home town when my dad took his brother to see me on the screen. It was a serial and one of the first pictures my uncle had ever been induced to witness. They sat through the picture and when I was being beaten up by a gang of rough necks it was as much as my dad could do to keep Uncle John from rising from his seat and doing damage to the manager for allowing what he called in an Irish brogue a dammed unfair brawl. He was finally restrained from doing harm, but when the performance was over and my dad started to go, he still remained seated. When my dad asked him what he was waiting for he indignantly said: “Well, you‘re a hell of a father. Ain‘t you going to stay and see your boy after the wonderful fight he put up?” 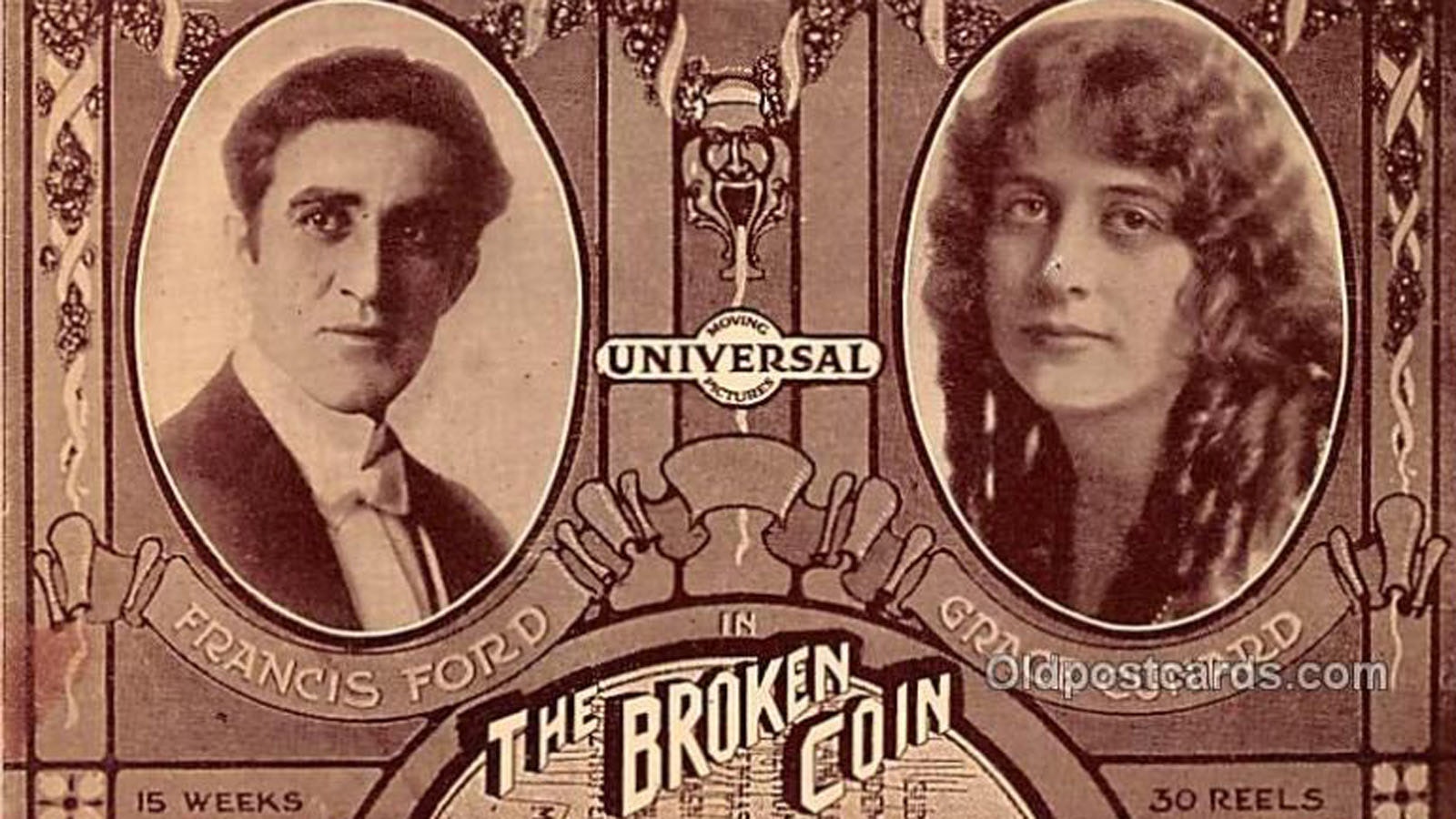 It was almost impossible to convince him that I was miles away in California working, and what he saw was just a moving picture. It was hard for him to believe that I was not there. That was in the cradle days of the movies; now things have changed. We are getting wise and spoiling the romance of a great art that had millions of adherents….

One of the most unpleasant and still the most pleasant experience, happened to me in Pittsburg, PA. I was on my way to New Orleans after finishing The Broken Coin and had sent all my baggage ahead. I had on a light Palm Beach suit and entered a restaurant to get my breakfast before boarding the train. I remember reading a morning paper and gave my order for a Spanish omelette to the girl without looking up. Soon I heard her returning to my table, I lowered my paper and she saw my face for the first time. She gave me one startled look and hoarsely muttered: “Francis Ford. My God!” and as she said it, she let the tray of food slide out of her hands into my receptive lap. You can imagine my suit and as they were not wearing Spanish omelettes that season, I was a mess.

Of course the girl was thoroughly scolded by the head waitress, but as I knew it could not be helped I took the blame. I told her it was all my own fault and had knocked her arm as she approached the table. The girl was frightened, but grateful for my befriending her and saving her job. After the head waitress had left I asked her what had caused all the alarm. She explained that she had gone to the theatre the night before and had seen me in a serial, but I was supposed to be in China and she could not understand how I could be in Pittsburg the following day. She actually thought that I was in the Orient and I could not blame her if I appeared to be in two places at once. This explained the situation, but my clothes were ruined. I had an excuse to stay in Pittsburg and spent a very pleasant evening in the young lady‘s company in a suit borrowed from her brother, while mine was being hurriedly cleaned. Believe it or not the said young lady is now in California and we are still good friends. So you see there is even good clean romance in a Spanish omelette. Yes sir: even in Pittsburg. • 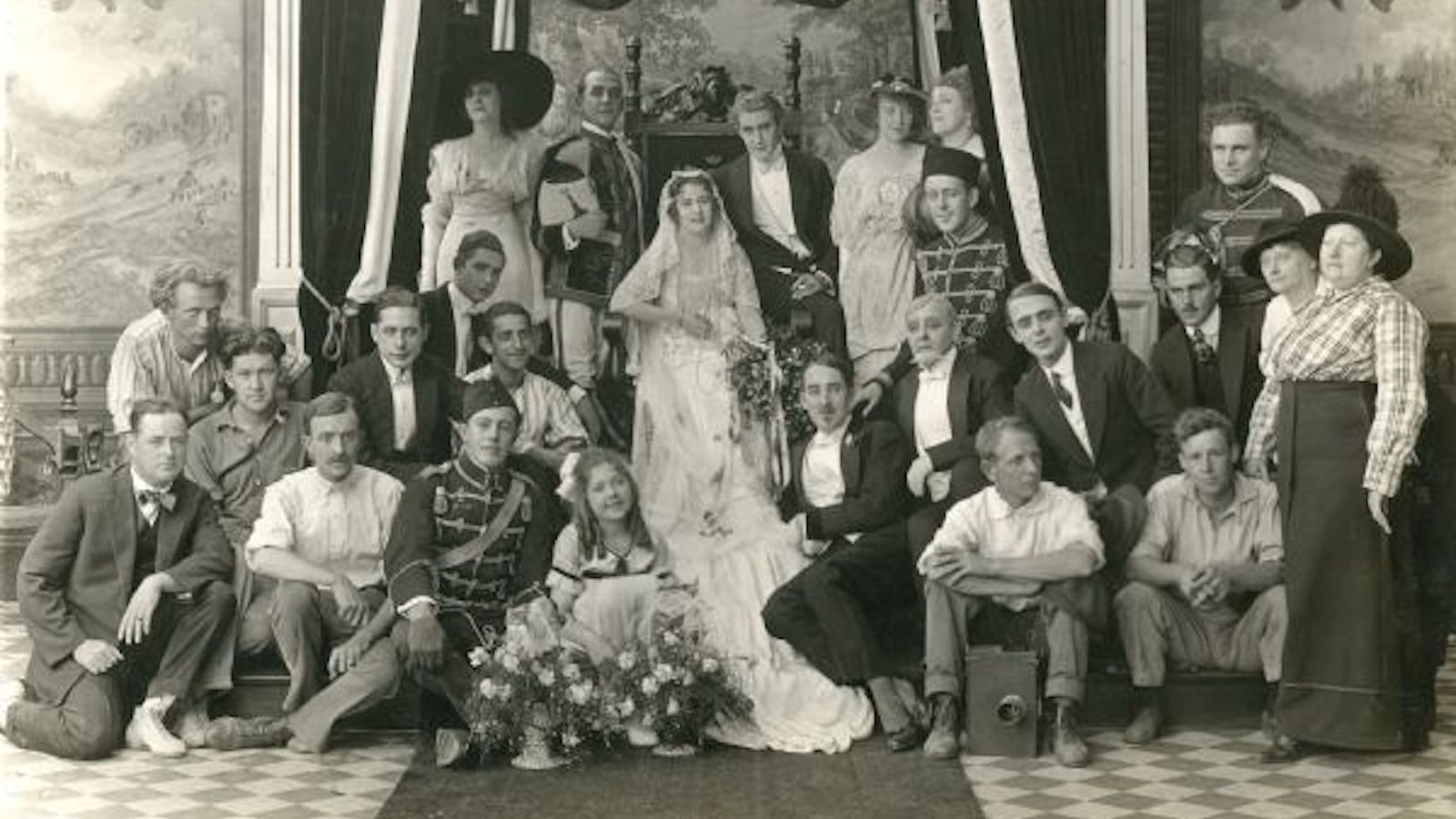 Production photo from The Broken Coin