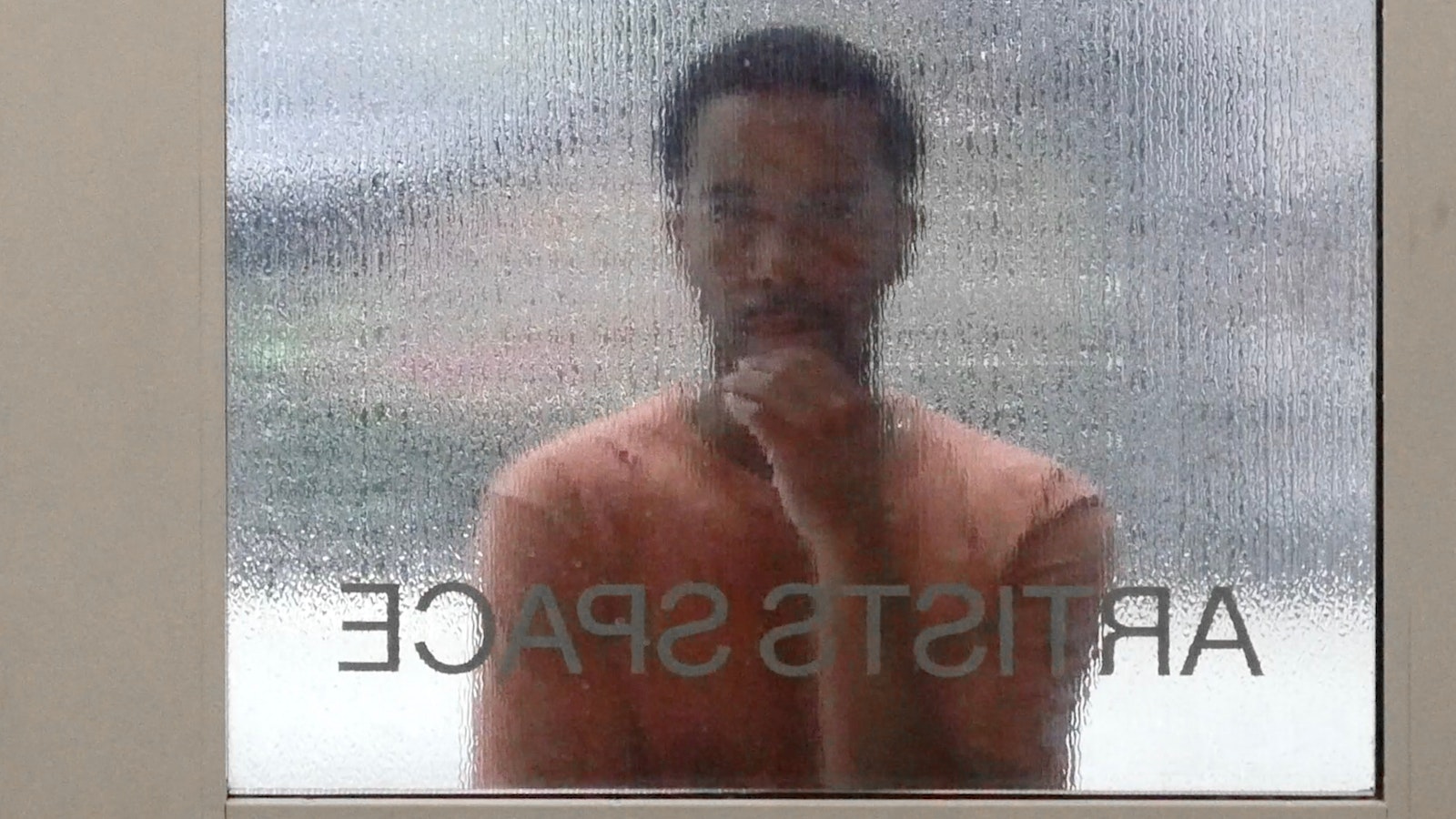 The Life of an Artist is Not For the Pusillanimous 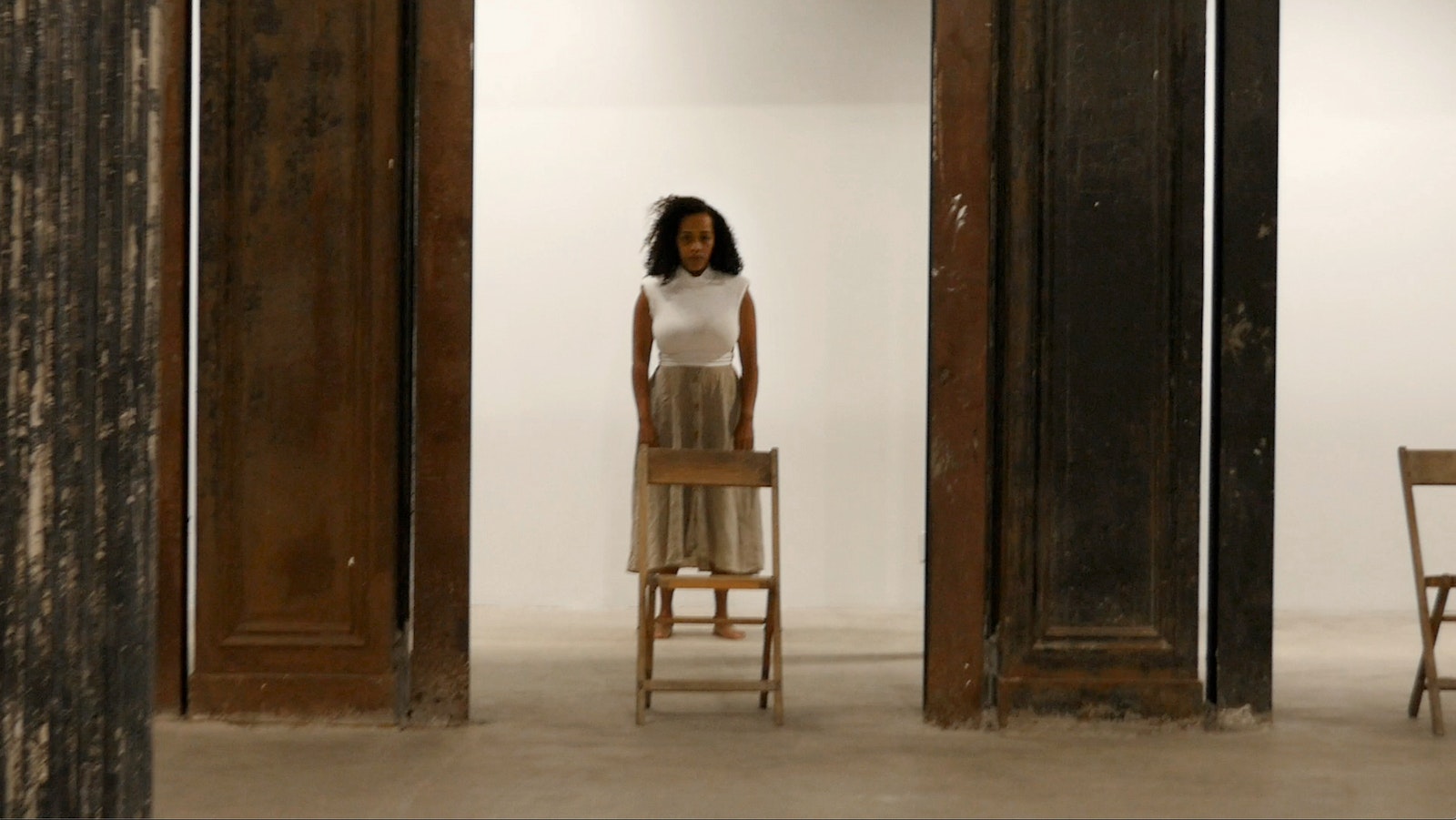 The ancestors are getting even. We are listening to the dead playing while believing it is we who are in control. But it’s Bill Gunn, and this is his Arkestra. In his play Black Picture Show, he delivers us into the mind of a Black man, his life flashing before our eyes with a jazz-poetic aesthetic. Just when we get familiar, the time signature changes and we are swept away, slammed into traumas like complimentary jazz musicians wailing for hours, faces heavy, short of breath— it’s just sweat rolling from the corners of their eyes.

Bill Gunn’s Black Picture Show was written originally in 1975, remounted for the screen this year in a staged reading directed by Awoye Timpo and currently available to stream from the Metrograph’s website. It is a masterpiece that pulls the viewer in close. The messages it carries are provocative and timeless. Bill Gunn is asking hard questions of himself, the viewer, our future, the past. Call him too artsy or nigga chic if you want. I would call him Brilliant Black.

Wrestling souls command your attention like rippling anxiety in a stomach-felt fight and flight as we witness the life of a Black artist forced to compromise for his meager survival. This kind of slow death: feigned ignorance, erasure, and appropriation is happening, has happened, will happen in common time right before our eyes. Gunn’s truth is colorful, vibrant, loud, minor, soft, and fast; it doesn’t miss a beat. Will we never come to the sound of it?

Black men expressing the complexities of love can shock and disorient those who have not experienced or witnessed it. Father, Son, Brother, Brotha, Lovers: Black men sharing that level of vulnerability with each other is still taboo, even in a world where they need love and care the most. Black artists are often confined to subtlety or rich expressiveness, careful not to shake the leaves of poor hollow trees.

Bill Gunn is a master at guiding us through the revolving doors of identity, time, and space. Perspective blurs as Alexander and J.D., the central characters, first identified as father and son, call each other “Baby, Daddy, and Babe.” Are Alexander and J.D. also same-gender loving men? Men once adopted one another to obtain legal rights for their partner; it is possible that this word play is intentional.

Black Picture Show is for those who have loved until they exposed the grain; were inappropriately loved; abandoned; felt ashamed— those that had to contort in fear to survive.

This play offers a limb to the exhausting experience of Black artists who give their bodies, minds, and soul to a country that has already stolen it from them. The narrative songs composed in the scenes of Black Picture Show raise questions about mental wellness, survival tactics, love, the muting and appropriation of Black creativity and expression. The text is not superfluous or abstract. Creativity is a mechanism for survival. This is Jazz, not Classical music.

The seasons change with an electric kiss on the lips from a son to a dead father. A double-winged seed of a Maple tree falls from a high branch in a swirling descent toward the ground. The father’s crystal-cracked heart has been planted in the mind of the listener. Gunn’s poetry eloquently animates the last day of a life with language that catches, holds, and often defies gravity, ensnaring the listener in confusion by the all too real experience of an underrepresented Black artist coping, for the last time, with his life, as his mind falls apart.

Director Awoye Timpo’s filmed stage reading in an empty artist’s gallery is a brilliant homage to the work and life of Bill Gunn. The simplicity of the staging and costumes makes room for Gunn’s language to paint in an open space, while the techniques of cinema bring the text into focus. 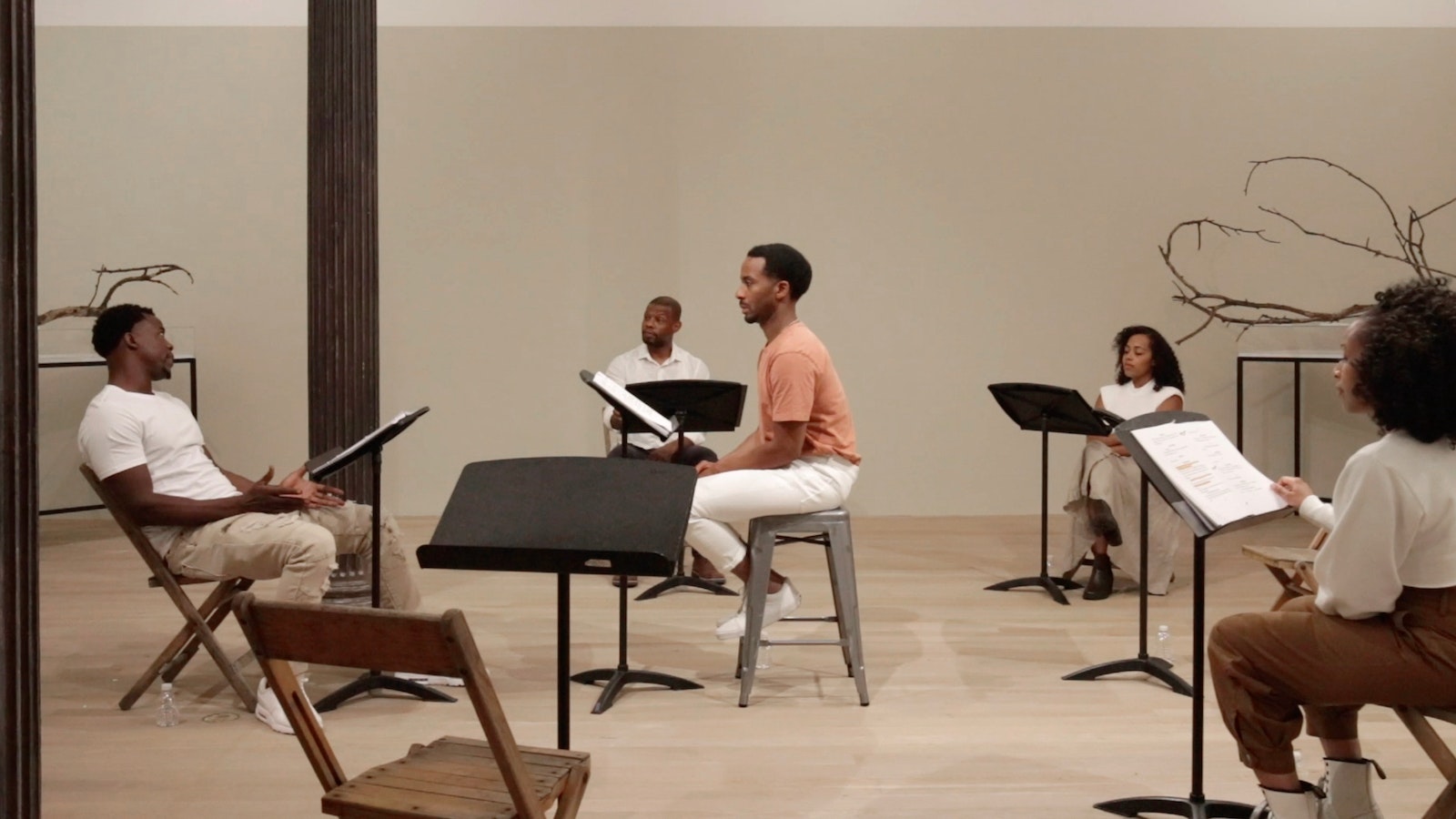 The players stand silently in corridors while a voice-over plays, illustrating that this is a conversation in the mind even though physical relationships can be seen and felt. One wonders if the circle of players dressed in white that surround J.D. are psych ward doctors, ancestors, figments of his imagination, or all these characters at the same time.

Timpo took a bold and successful leap by having Alexander and J.D. perform each other’s characters throughout, visually exploring the writing’s symbolism and externalizing the interiority of the characters’ psyches. Filming and editing this play could even be seen as a necessary step to fully realizing the stage play’s intended vision.

Few are as eloquent as Bill Gunn was at discussing compromises Black artists are forced to make, the effects these have on their families, and the subsequent whitewashing of their legacy. Had the works of Bill Gunn been honored contemporaneously, how much farther would the collective conversation about class, race, and sexual identity today be? Why have I, a Black actor and writer living and working in New York City, never learned of Bill Gunn before?

Today we are still asking for more than two-dimensional representations of Black life and culture in America. The still livin’ and decaying parts of full complex human beings are on display, and as difficult as it is to reckon, perception is an important step toward healing. Life is not always straightforward, comfortable, or logical and there is peace when expectations are not strangled. Black life is surreal and the memories are absurd. Black Picture Show offers viewers a message that expressing yourself fully with little to no regard for the confines of social acceptance is a strength. This is a living, Black picture show. Let go and evolve. •

Toussaint Jeanlouis is an actor, director, musician, dancer, writer, teacher, and personal trainer. Originally from Houston, Texas, he attended Arizona State University, earning a Bachelor of Arts in Theater with a Concentration in Acting and continued to California Institute of the Arts, earning a Master of Fine Arts in Acting. He currently lives in New York City, where his last performance in 'Hot Wing King' was at the Signature Theatre. 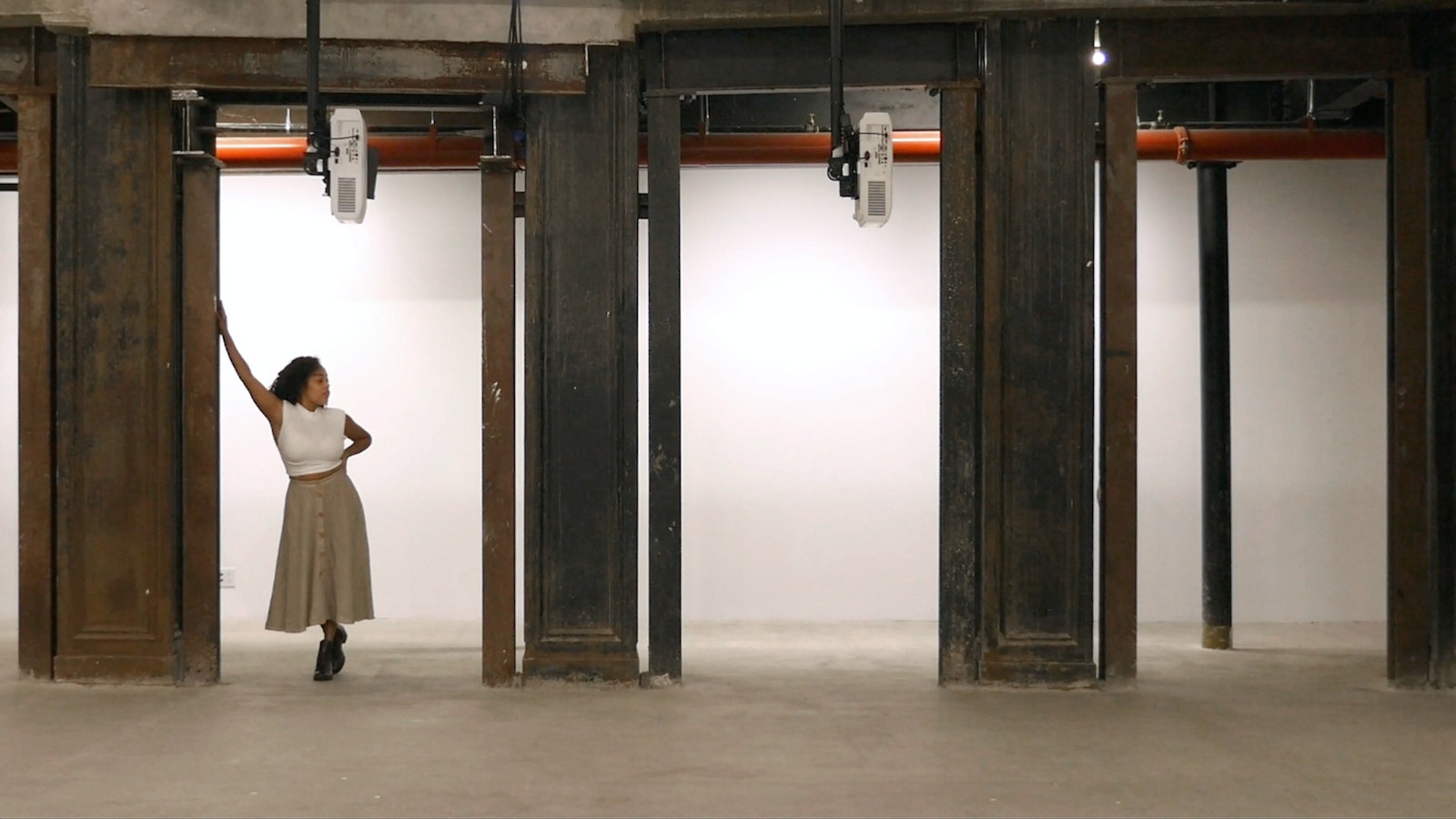 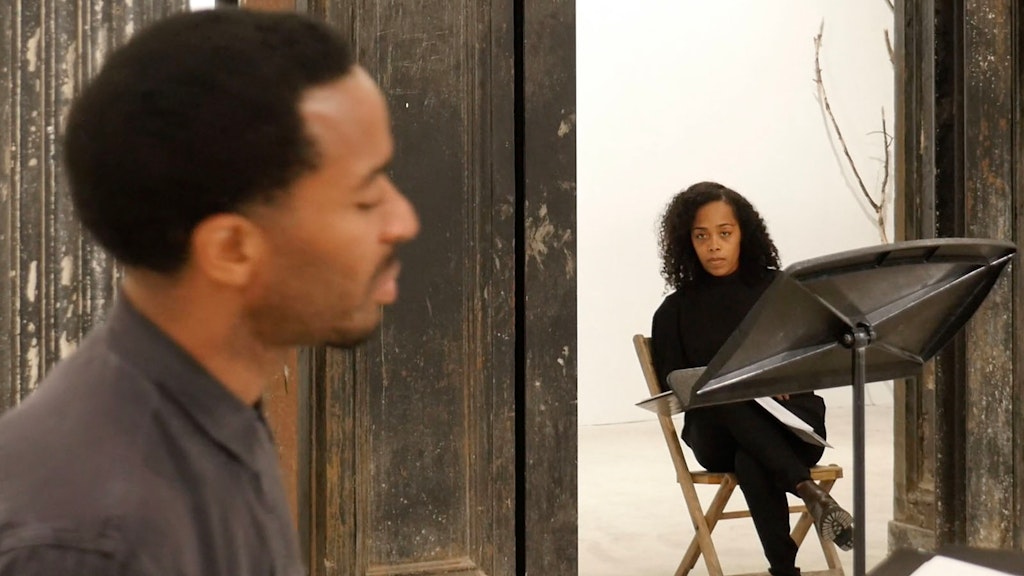 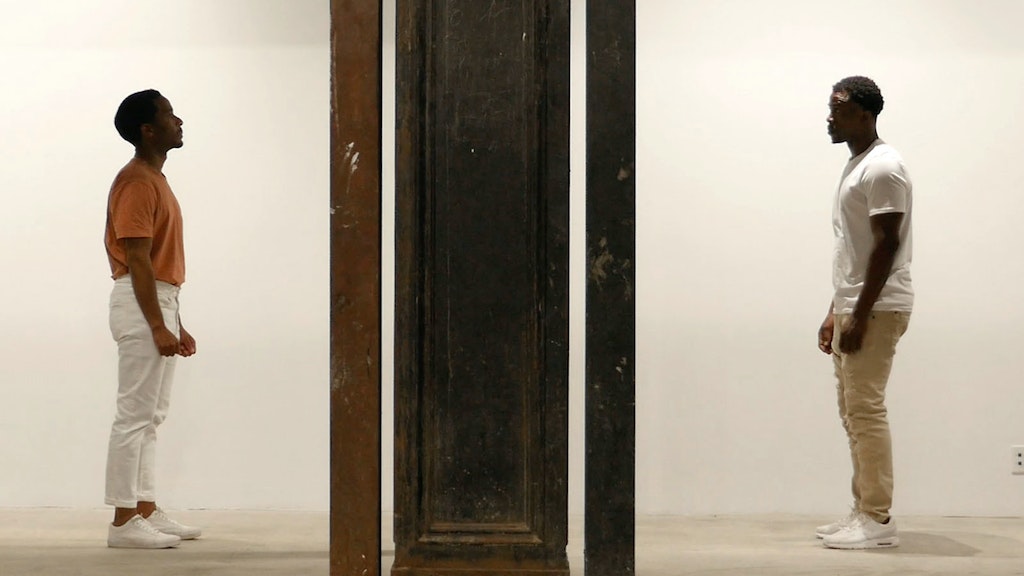