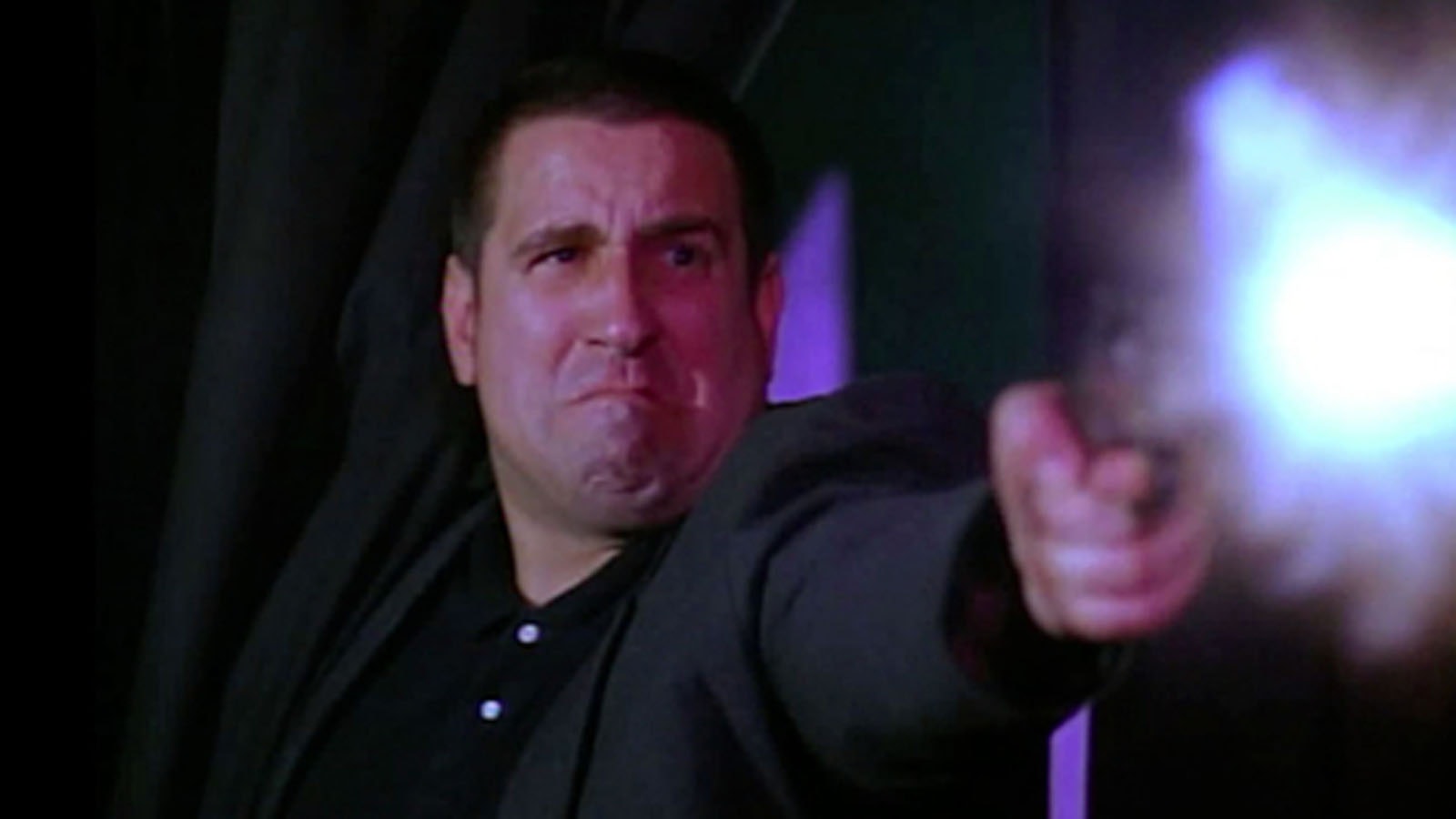 On the existence of a secret cinema found on the fringes of Thom Andersen’s Los Angeles. 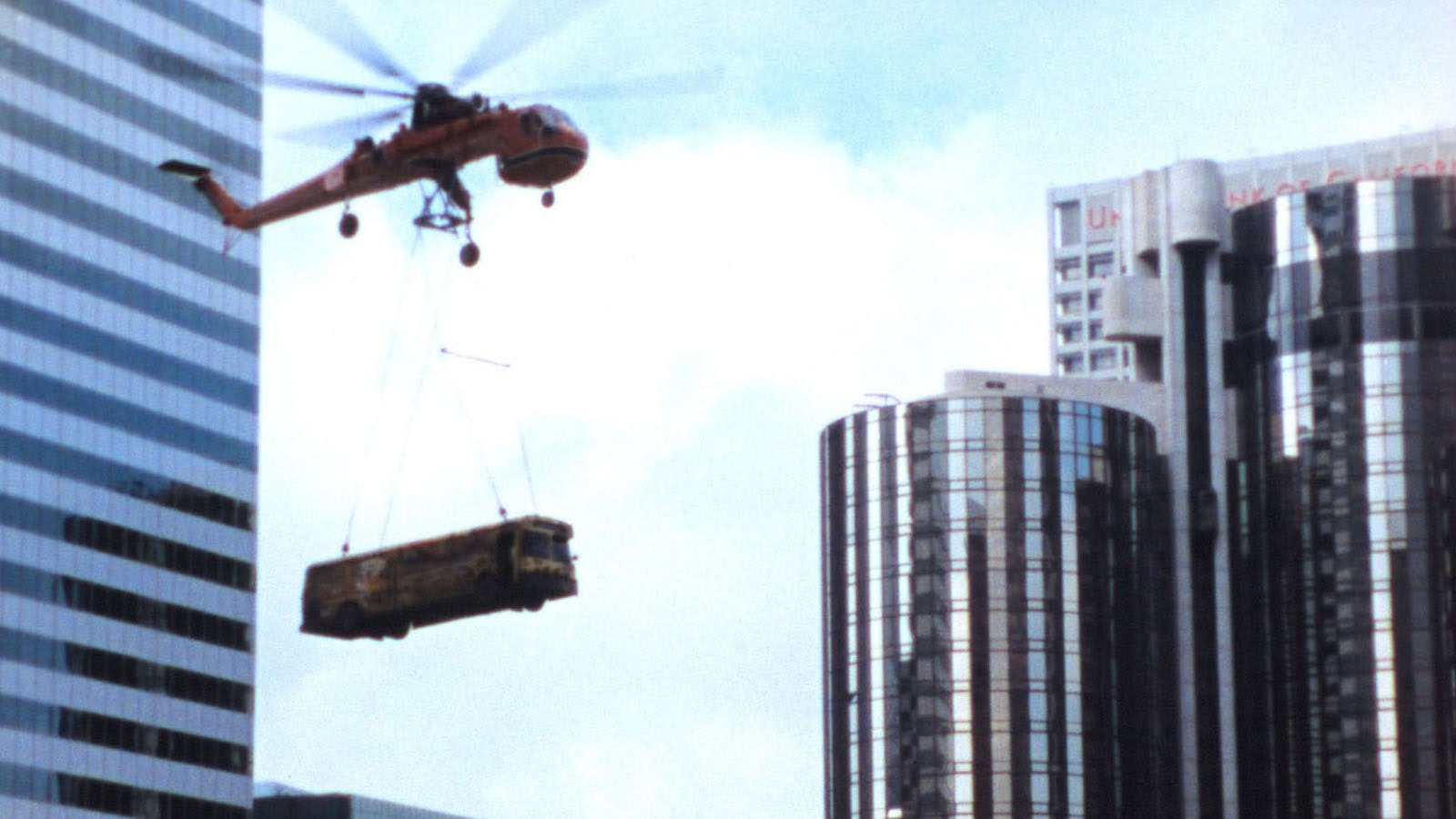 Thom Andersen’s Los Angeles Plays Itself made little sense to me when I first saw it, in 2003. I was in Rotterdam, jet-lagged and still on L.A. time, which may have had something to do with it. I thought the narrator was unusually crabby, and I remember leaving the theater hours later and walking along a cold, wet street that bordered an empty playground. A hippo stuck in the ground with a rusted spring was looking at me. At that time, I didn’t have any ideas about Los Angeles other than the stupid ones that sometimes crop up on lists comparing it to New York or, intraregionally, to San Francisco. I’d only recently moved there. I stepped into another theater and forgot about the film.

Some years later I saw it again. By then I’d been fired from a thankless job at a visual-effects studio, started grad school, and moved to an apartment off MacArthur Park, a former jewel of a once-luxurious downtown that had eroded after decades of crime and neglect. Within my first few weeks of living there, the LAPD shot a Guatemalan immigrant dead in the street, and there were nightly standoffs illuminated by helicopter searchlights. I came to understand that this kind of violence with impunity was a regular occurrence. The neighborhood is intersected by Wilshire Boulevard, which links the local street vendors and phone-card shops to the manicured enclaves of Beverly Hills, Brentwood, and Santa Monica, but those places couldn’t seem more remote. Andersen’s film resides in these kinds of gaps in urban space. He insists that if you pay attention to what normally goes unnoticed in films made in Hollywood, you’ll catch a glimpse of the actual city of Los Angeles. Here, as elsewhere, “different social orders coexist in the same space without touching each other,” though they are not equally ignored. Only the rich, and the movies that glamorize them, can afford to overlook the working poor that invisibly sustain them.

“Movies bury their traces, choosing for us what to watch, then moving on to something else,” gravely intones narrator Encke King. Andersen, a former cab driver, compels us to do the opposite, as he does. He stops and peers beneath the surfaces of sun-faded signs and ersatz housing complexes. He is a kind of cinematic archaeologist, recovering the fragments of a city hidden within its image. Watching The Atomic City, a Truman era thriller about the abduction of a nuclear physicist’s son, Andersen marvels at the sight of an integrated audience at a minor-league baseball game. The footage was taken from a real game. Such a detail may seem incidental, but it points to a historical reality that contradicted what was then possible in film—had the filmmakers wanted to orchestrate the scene themselves, they would have had to segregate the audience according to the racist prohibitions of the Production Code. Viewing the film in this sidelong way, Andersen sees the possibility of another city, one that “may have been more comfortably integrated in 1952 than it is today.” Such a possibility is revealed in the movies themselves, in the “documentary revelations” that emerge from the fictive lies otherwise presented. 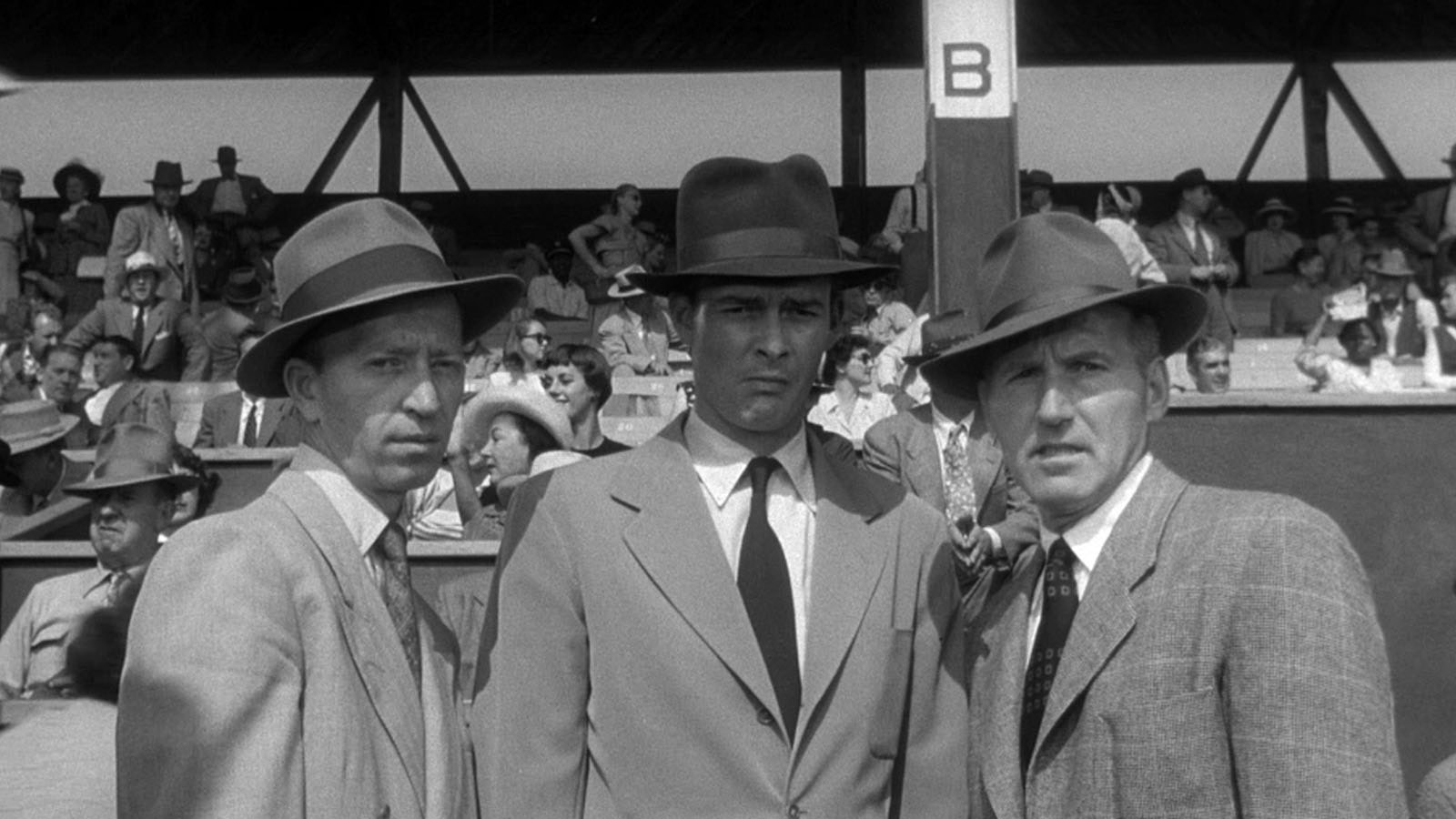 Hollywood, meanwhile, gets Los Angeles wrong, but that changes over time. What is especially brilliant about Andersen’s analysis is his sense of historical time, where the city and its image move in parallel tracks. In cinema’s early decades, Los Angeles served as a stand-in for other places, and it rarely ever played itself except as a holiday destination. By the ’40s, as the shadowy backdrop to film noir, it had become a character, and, by the ’70s, a subject of nostalgic appreciation, dystopian fantasy, and cynical self-reflection. At this point, Andersen turns to sustained interrogation of a few films: Chinatown (1974), Who Framed Roger Rabbit (1988), and L.A. Confidential (1997). Each intersects with what he calls “public history”: real struggles over water, mass transit, and public housing that in these tales of intrigue are replaced by fictionalized “secret histories,” conspiracies, and corruption long since covered up. These are more than irksome to Andersen, who lived through many of these civic battles. In making cynicism, which “tells us we are ignorant and powerless,” seem like the only option, they can do real damage.

This is why Andersen is drawn to minor figures, the people who are witnesses to the greed and cruelty of the powerful, and who are just as often ignored by them. Among his heroes is Dorothy of Bush Mama (1979), a working-class Black woman living in Watts. He calls her “a seer, not an actor.” She alone can see “a crack in the world of appearances, and she is defenseless before a vision of everyday reality that is unbearable.” Another such figure is the late character actor Tony Longo, who appears in a clip from The Takeover (1995). He plays a bouncer at a strip club where a gun fight breaks out between two rival drug gangs. He dies, an innocent. In Los Angeles Plays Itself, Andersen uses the scene as an example of the blurring between film and reality. It is a kind of real-life Basic Instinct; The Takeover’s producer and lead actor had actually killed the owner of a strip club that they later took control of and made the film about. Five years after its release, the detectives on what had been an unsolved case realized they had found the perpetrators. The Takeover meanwhile had gone straight to video and was given the verdict of “cheesy” on Amazon Prime.

Longo later returns in a trilogy of shorts simply titled The Tony Longo Trilogy. It is based on three of his film appearances: besides The Takeover, which begat Hey, Asshole!, there’s Mulholland Drive (Adam Kesher?) and Living in Peril (You Fuckin’ Dickhead!). In each case, Andersen has clipped together Longo’s scenes to produce a film in miniature. Like Dorothy, Longo is a tragic hero, powerless before a violent and chaotic world. At 300 pounds, he typically plays the “muscle,” but he’s the one always getting bruised. In these scenes, he’s yelled at and insulted, and he bears it with a knowing weariness, as if expecting 20 more takes of the same stunt punches. Even the placement of a doorbell gets the better of him. Longo suffers it all with dignity and sad, forgiving eyes. It is what the job requires, even if he knows it will likely kill him. The trilogy could have conceivably been called The Passion of Tony Longo. 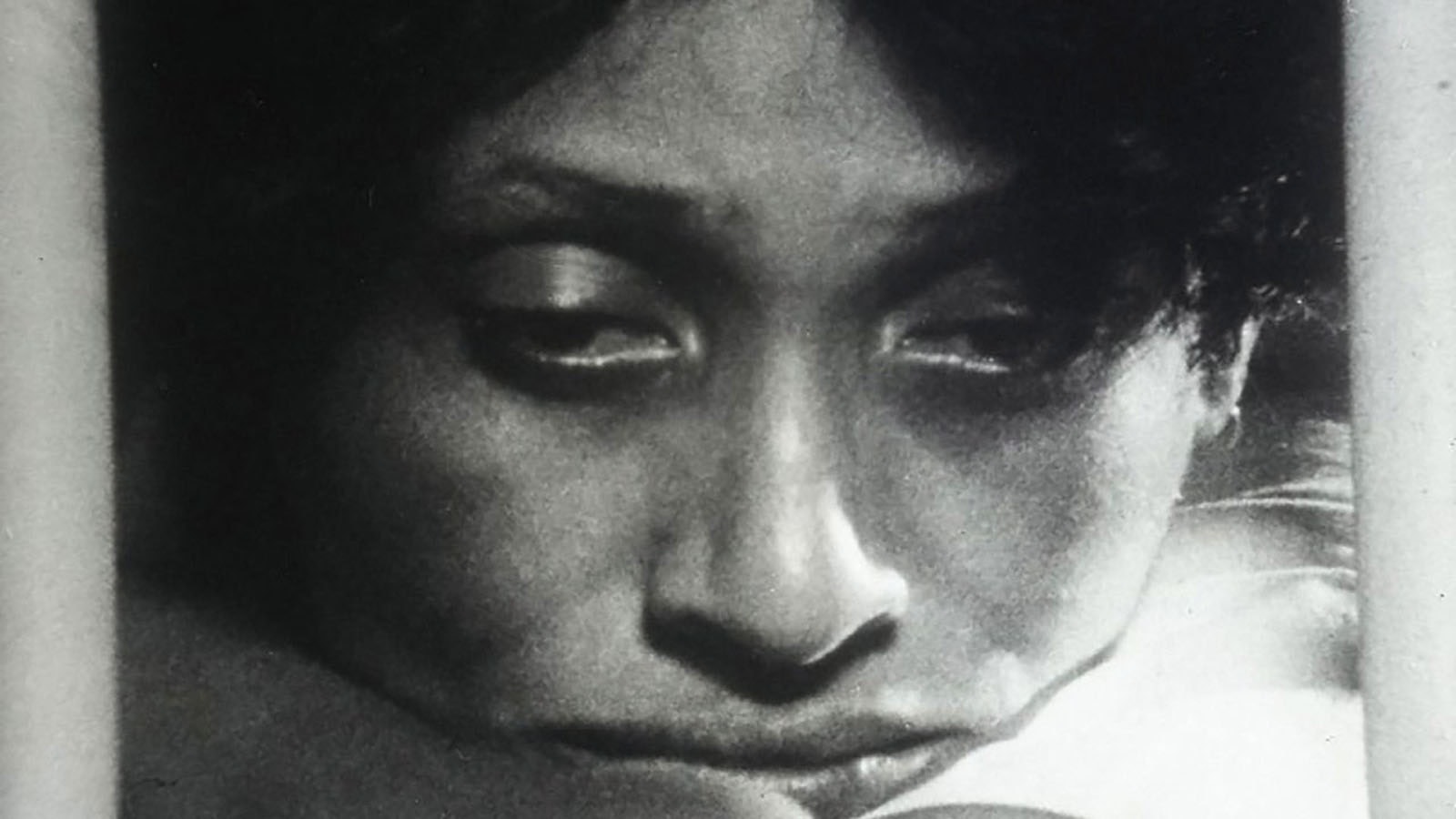 I recognize aspects of Longo’s plight from my time working in the lower ranks of the film industry. There, the job is always more important than whether you eat or sleep; budgets are always tight and deadlines too soon. The work is repetitive and dull, and you are frequently reminded that you are too slow and very replaceable. Meanwhile, the fantasy worlds that are the result of all this work drift far beyond Los Angeles, or New York, or Bangkok, or Hyderabad, without any trace of the labor that went into creating them. Movie magic is so often a disappearing act.

On one occasion I played a bit part in a music video. Someone had gotten sick, and we were the same size, so I was brought in as her replacement. The video was about an illicit broadcast of a rap performance recorded from an underground lair, which was just an empty nightclub in North Hollywood. The samizdat was beamed out across a postapocalyptic, perpetually raining world to a network of ravers. I played one of three control-room operators, all women, like the Fates. We stood in front of a table covered in black cloth and topped with monitors, turning pretend dials. We were the infrastructure, in stiletto boots. It felt like an analogy for the film industry in general, pushing buttons that weren’t actually there, flush with false power.

Los Angeles Plays Itself invites us to see the absurdity of such acts, and at the same time, to imagine what it could mean if such instruments were real and purposeful. What if cinema aligned more closely to lived reality? The neorealist chronicles of the forgotten Los Angeles—films like Bush Mama, The Exiles, Killer of Sheep, and Bless Their Little Hearts—offer alternative views, as does The Tony Longo Trilogy. At their very best, movies can be revelatory, picturing the world as it is or could be. They also teach us how to look, or just as often to look again, often through the eyes of those on the margins, the ones we’re trained not to see.

Genevieve Yue is an assistant professor of Culture and Media and Director of Screen Studies at Eugene Lang College, The New School. Her writing has appeared in October, Grey Room, Film Quarterly, and Film Comment, and she is author of Girl Head: Feminism and Film Materiality. 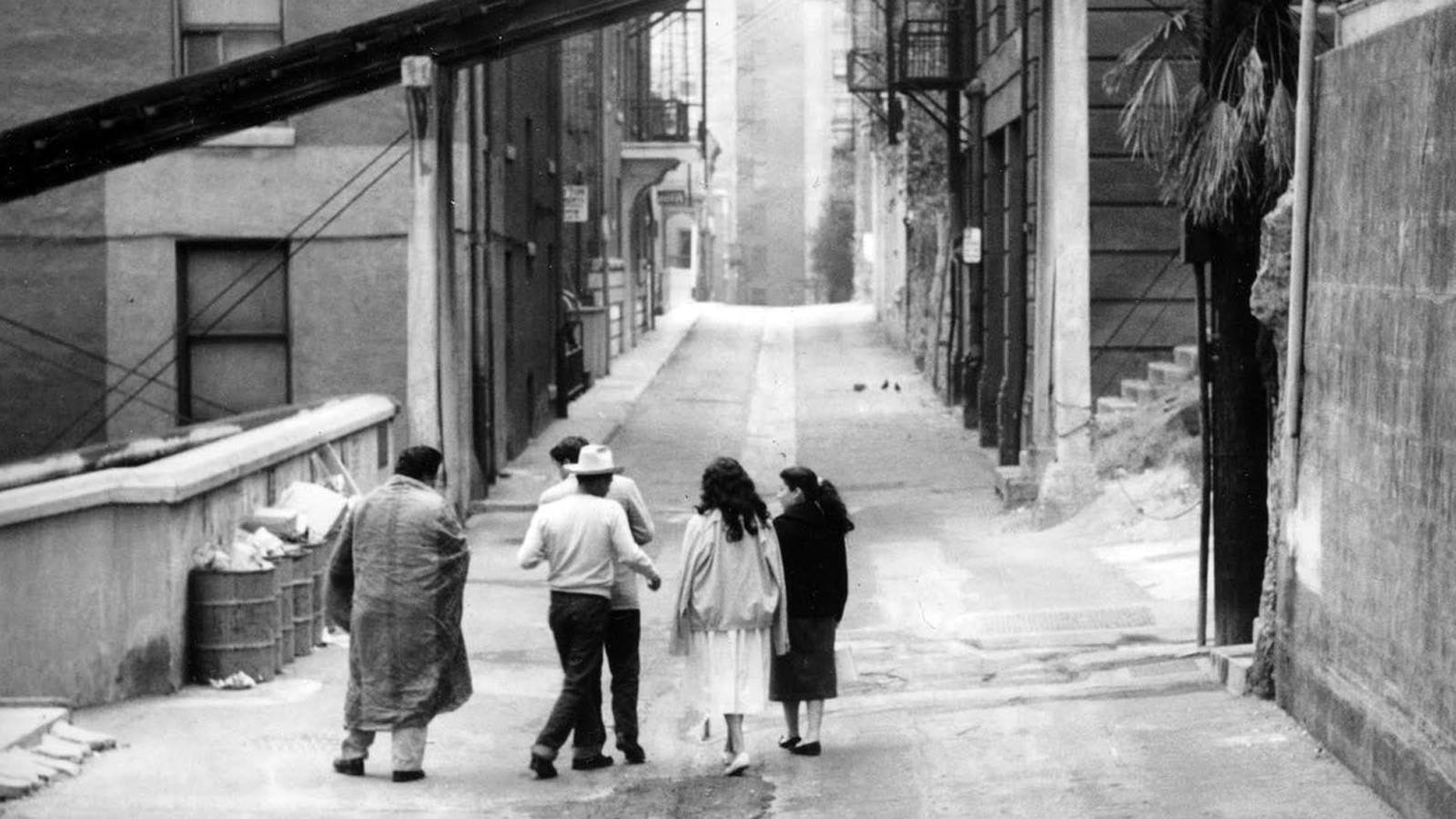 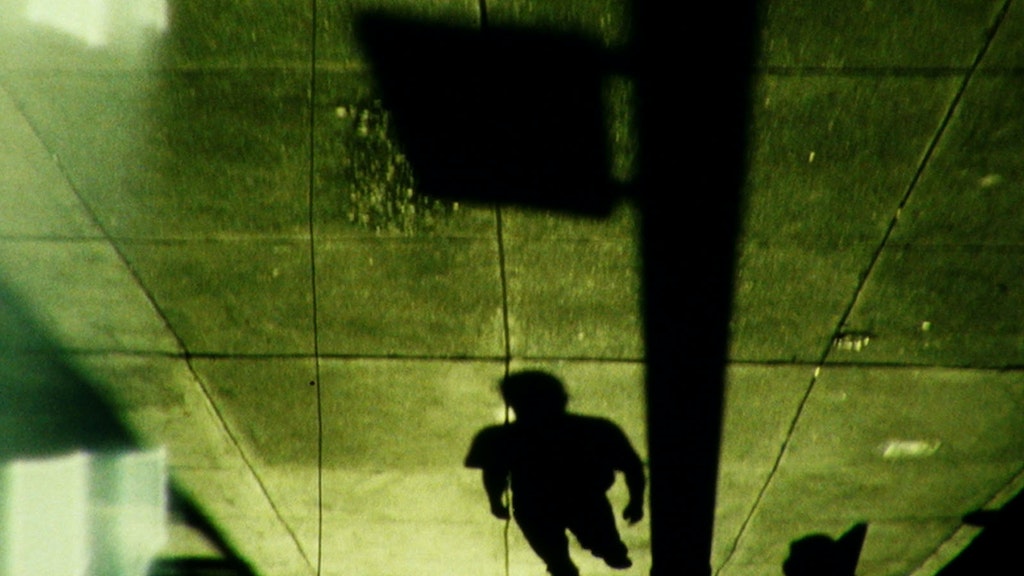 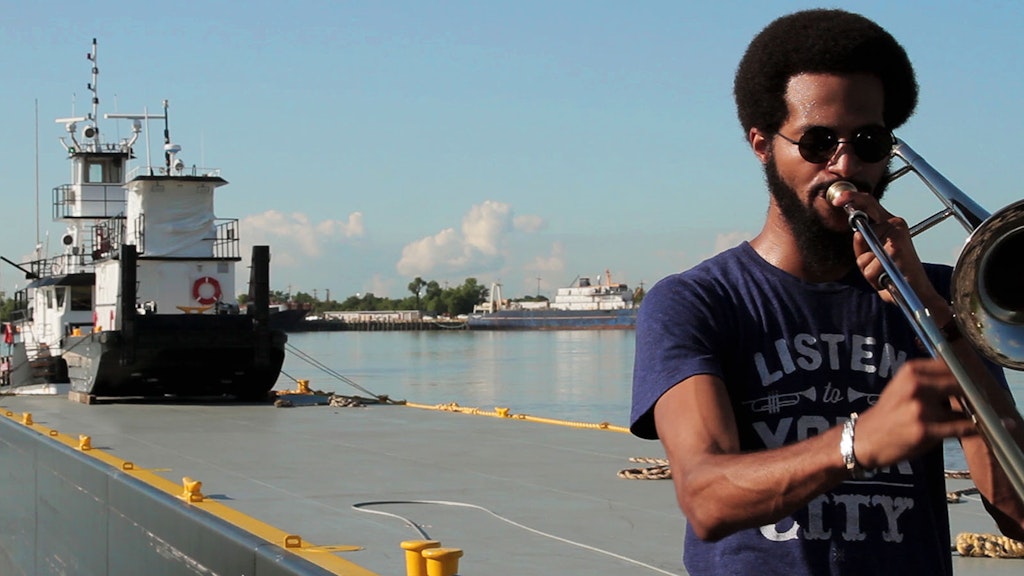