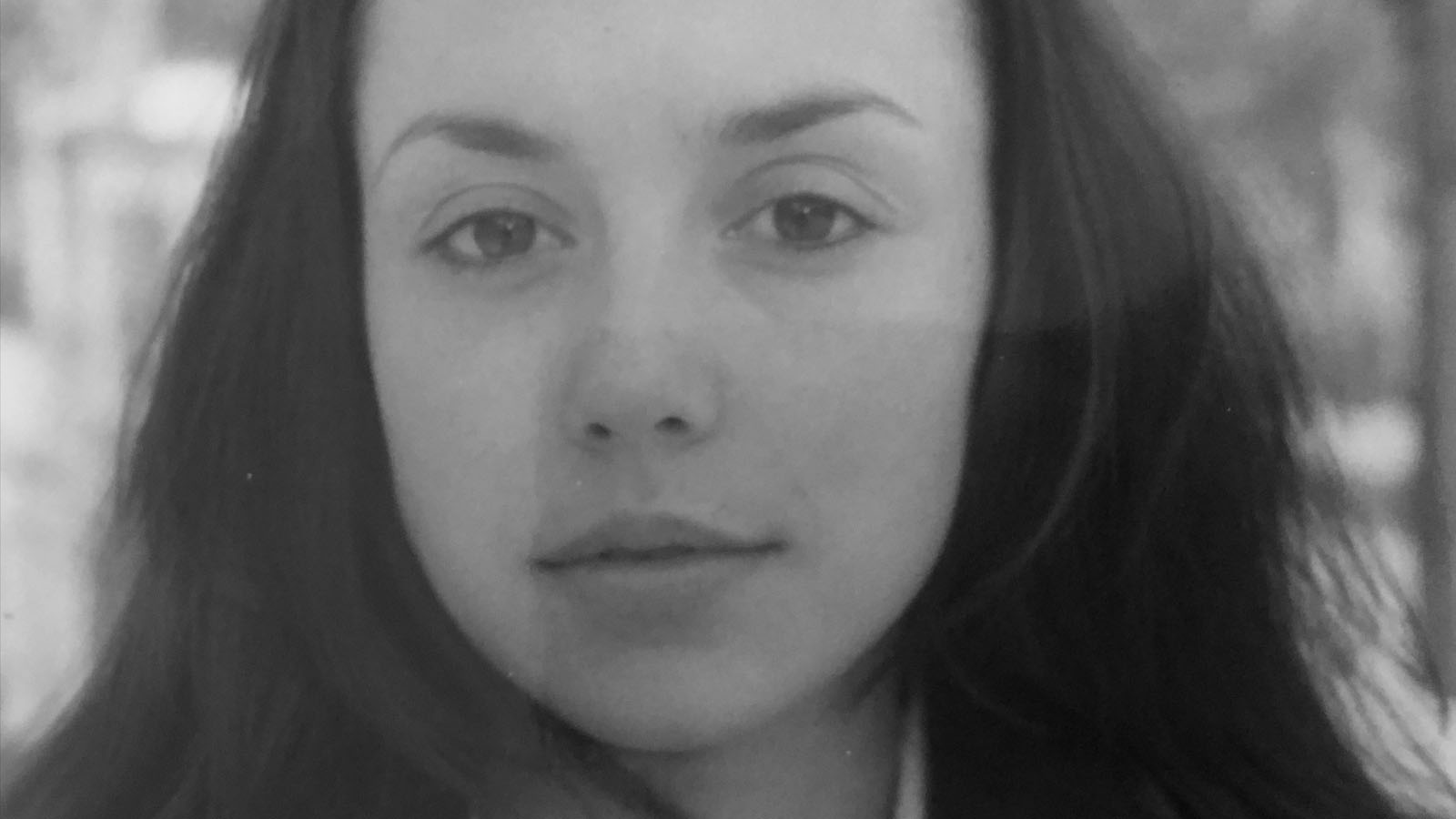 Zia Anger as a sophomore

Being a teenager can feel apocalyptic. Sometimes a film about the end of the world is the best medicine. 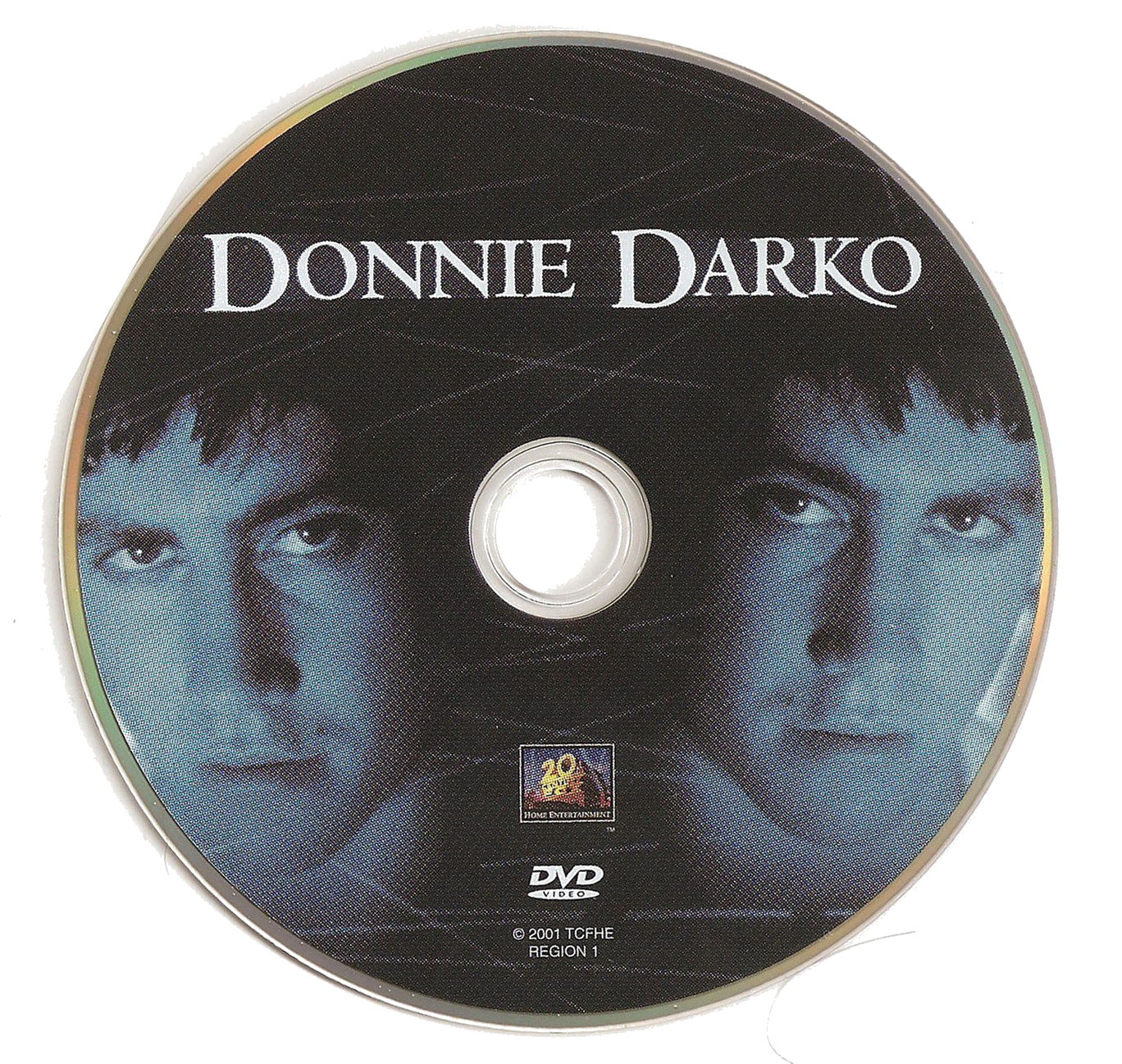 Sophomore year I switch high schools because it feels like there is nothing more painful than being young—and being me.

Before this I have only been kissed twice. In a closet with two boys, who outside of the closet had only ever referred to me as a lesbian. One after another, they moved fast, inhaling the unlicked edges of their lips momentarily onto mine. When it was over, they looked at each other confirming, it had happened. The confirmation seemed slower and more important than the kisses. Afterward, they both high-fived with Brad, and dollars changed hands. I realized I was the subject of a bet. A bet that must have started a month before, after Brad had muttered, “So... you wanna fucking date me?” I laughed. “No.”

It was a well-known fact that Brad was going to ask me out. Well-known enough that I had already decided I would say yes. But, wanting to be sure that his ninth-grade values aligned with mine, he told me there was a series of questions I had to answer first.

His but like was a warning. (But likes are always what teenagers start off with before saying the most phobic shit of their lives.) I let my concentration break. I did not want to hear what he said next. I felt the warm breeze cling to my skin. I looked up at the sky. It was blue. With the kind of clouds I like, white on top, gray on the bottom, and exceedingly puffy. I looked down at the notebook Brad had tucked between his waistband and his football jersey. Pasted on it was a sticker of Calvin from Calvin and Hobbes looking mischievously over his shoulder as he peed. Brad’s fingers traced the edges of Calvin’s piss while outlining his idea for a mass genocide. Watching his fingers, I thought, “Isn’t this weird? The kid in school with the most advanced plan to kill gay people is going to be the first person, maybe the only person, to ever ask me out?” Then the future came. Our eyes met. He asked me out. It was so absurd, I laughed and then said no. There was no going back. I went home and found the paperwork for switching schools I had taken from the guidance counselor months before. I filled it out. I knew it would be a humiliating final few weeks. 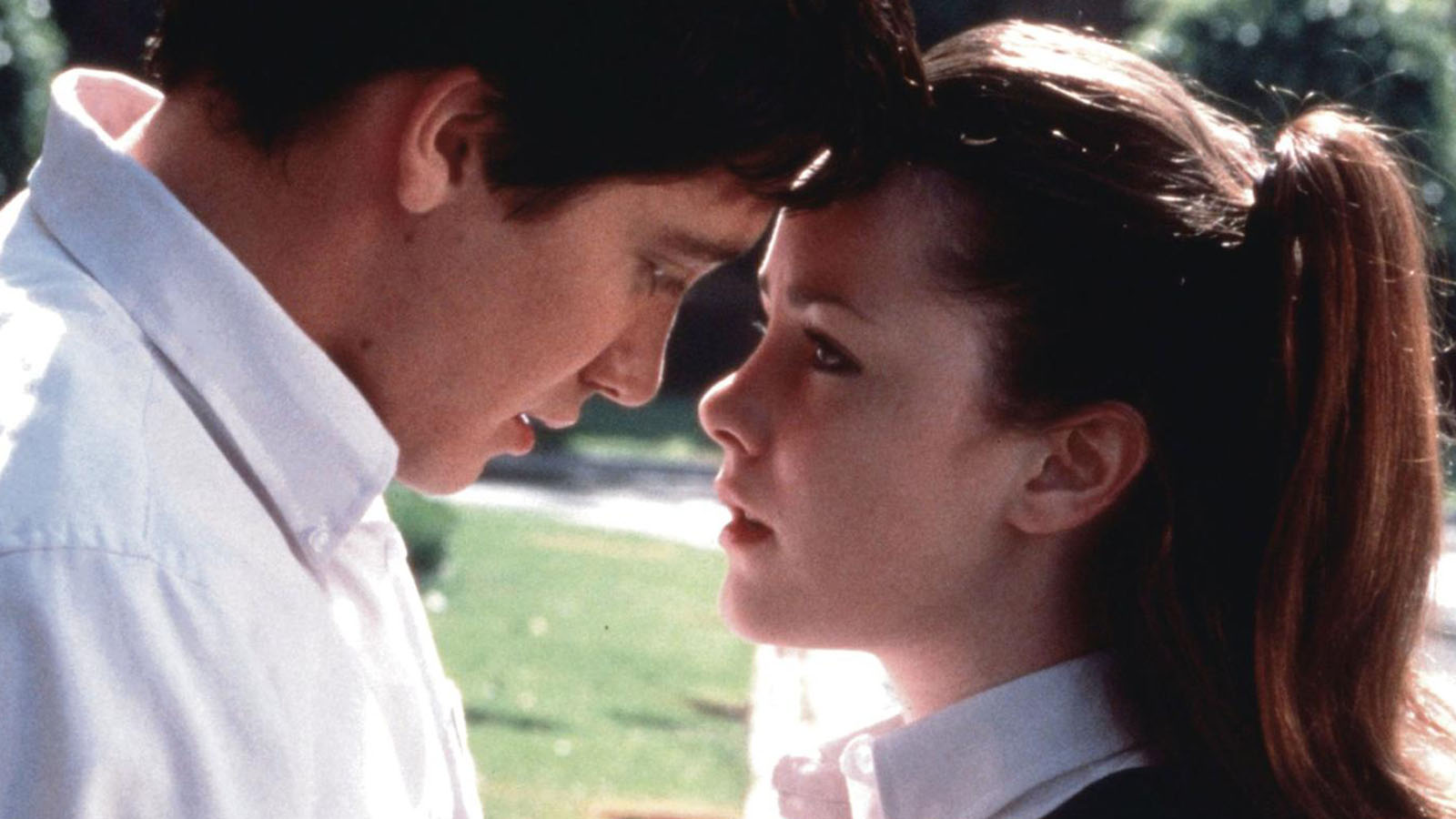 We are a week into the new school year. I am a sophomore and already have a crush. Rory looks and acts like every other boy, but when we pass each other in the hallway, he actually smiles at me. My heart is swelling. I sit in history class daydreaming about him. In my fantasies, he grabs my shoulders from behind, and then says, “I am sorry for how cruel everyone is and for all that you have been through.” Then I fall into him and grab his face simultaneously. His soft wet lips meet mine, and we kiss. Long and hard. Again and again and again. A reminder of how beautiful the world can be.

Breathless and stammering, one of the older students bursts into class and crashes into my dreams. The teacher turns on the TV and the Twin Towers are falling. I chew on my sleeve. Next period, the whole school shuffles into the gymnasium for a meeting. Walking in, I see Rory. I wave. His eyes dart away, pretending not to notice me. To his right, I see his arm. Wrapped around her. The new girl—the other new girl, who is prettier, smarter, and nicer than me. He whispers in her ear, then wipes the tears from her cheeks.

When I switched schools everything was supposed to change, but as I take my seat I look around, I see I am surrounded by people filled with fear. I glanced down at my khaki skinny-wale bootcut corduroys. I have been wearing them since the sixth grade. The other new girl has on flared jeans, a week old at most. She also doesn’t have a hole chewed in her sweatshirt sleeve. I pull the hood over my head, now with an understanding that this is the uniform of someone who will never be loved. I then let a new feeling sink into me. I contemplate existence in a world that I now see will never change. An endless spiral of false hope followed by tragedy. A stasis built on a single line, with two extremes. Neither of which I am. Life is so much more complicated to me. 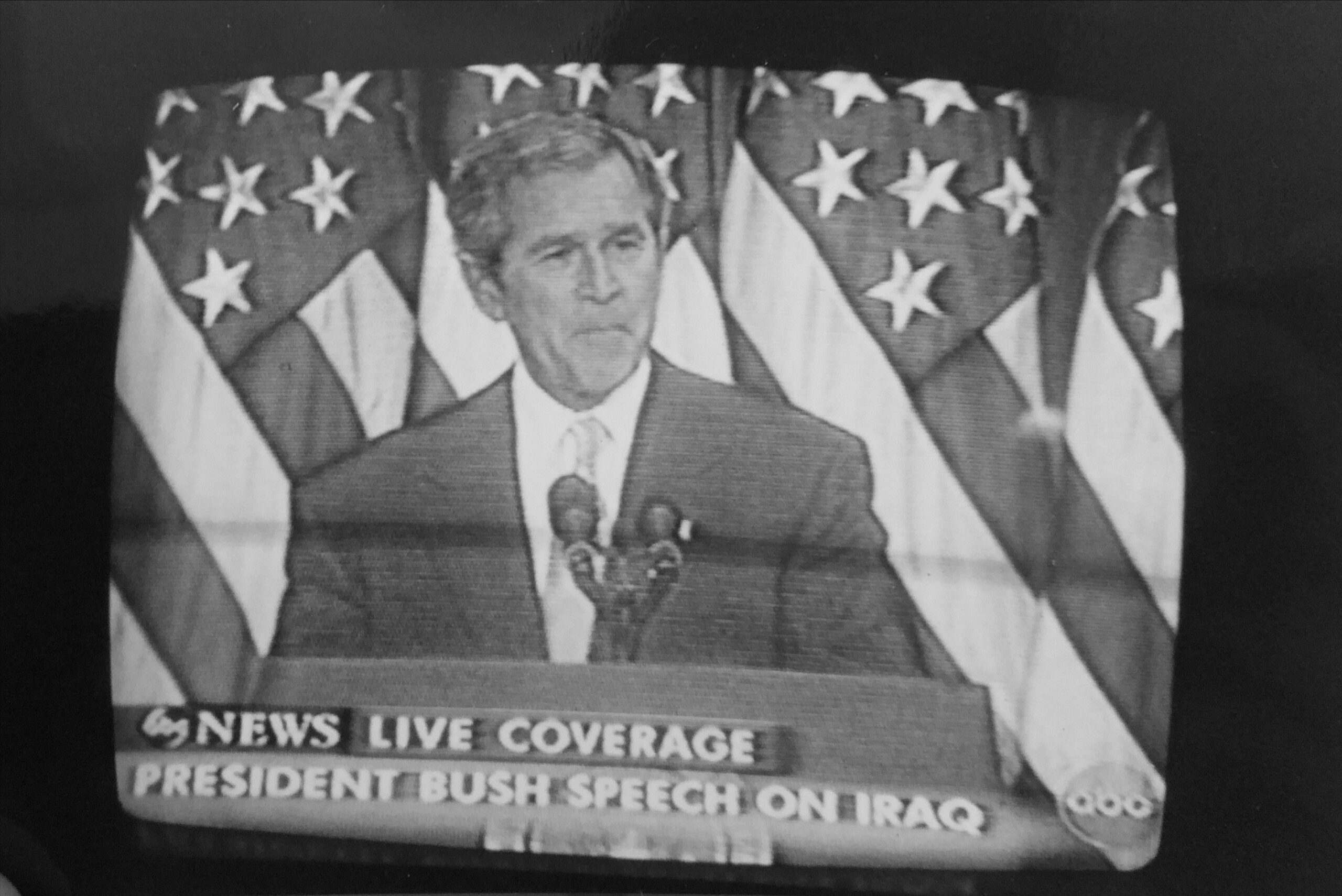 Then it is summer. The “War on Terror” has begun. Junior year on the horizon. The weekend is hot. My twin brother, who has skipped a grade, walks into the house. Beaming, he presents a Donnie Darko DVD to me. “You gotta see this!” he practically screams. We turn on the movie and watch it. It takes place in 1988, however it feels like now. When it’s over, we watch it again. This time, halfway through, the characters begin to enter my body. And then a third time. I am Donnie. I am Gretchen. I am Frank. I am Roberta. And a fourth. There is the silver thread of the future snaking out of my body. In the future, my heart and mind will remain as elastic as they are in this moment. No matter how conservative, how corrupt, how terrified of mystery the world around me will be. I will not live my life on a single line. And when the world comes to an end, I will breathe a sigh of relief... because there will be so much to look forward to.

After the weekend, my brother returns the DVD to Hollywood Video. We never speak about it again. • 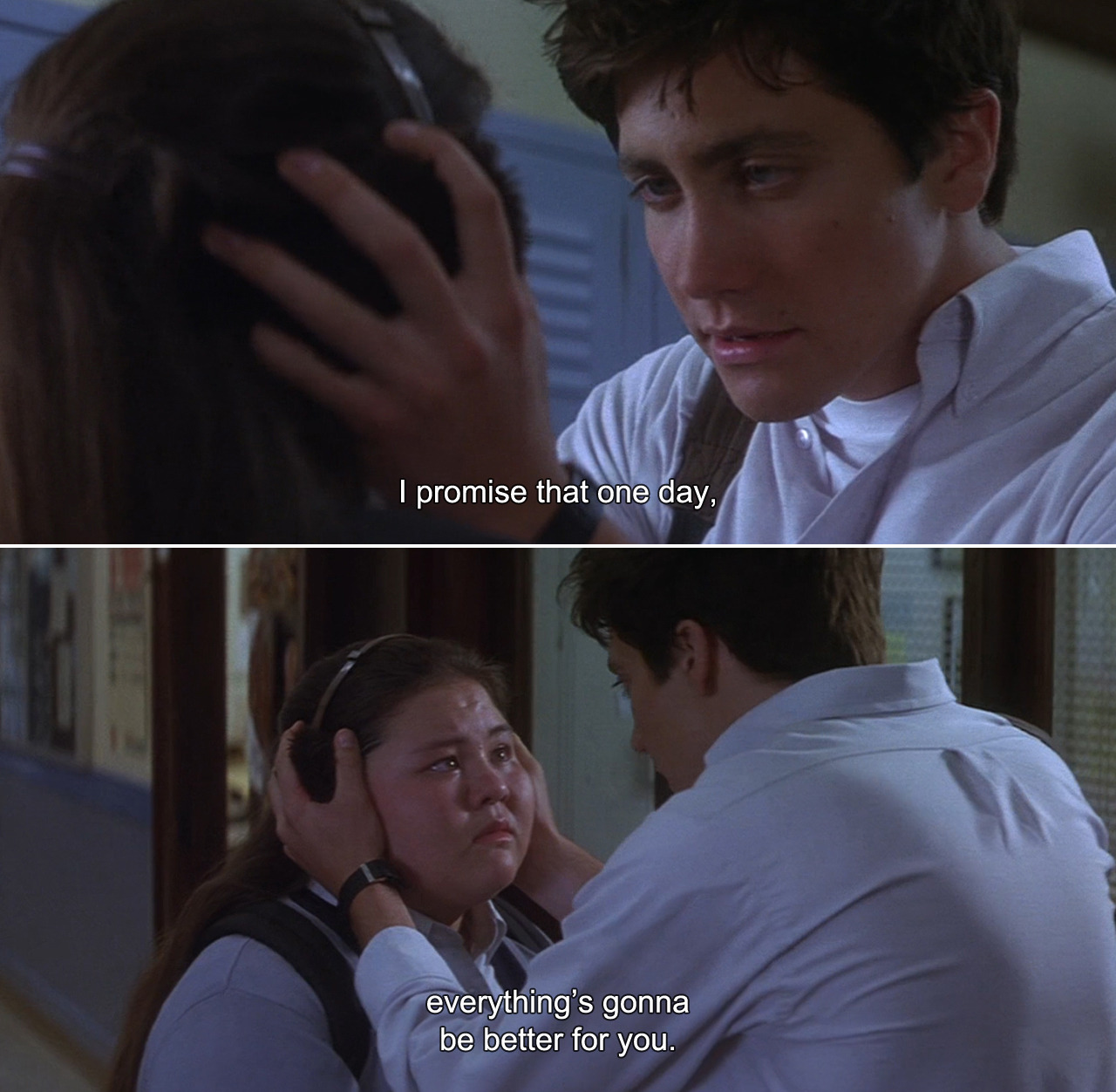 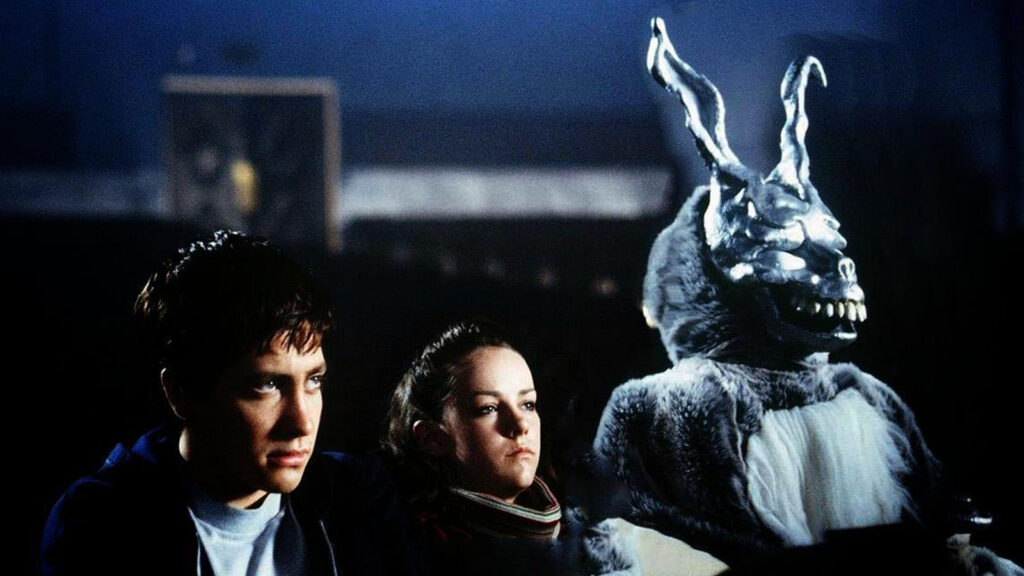