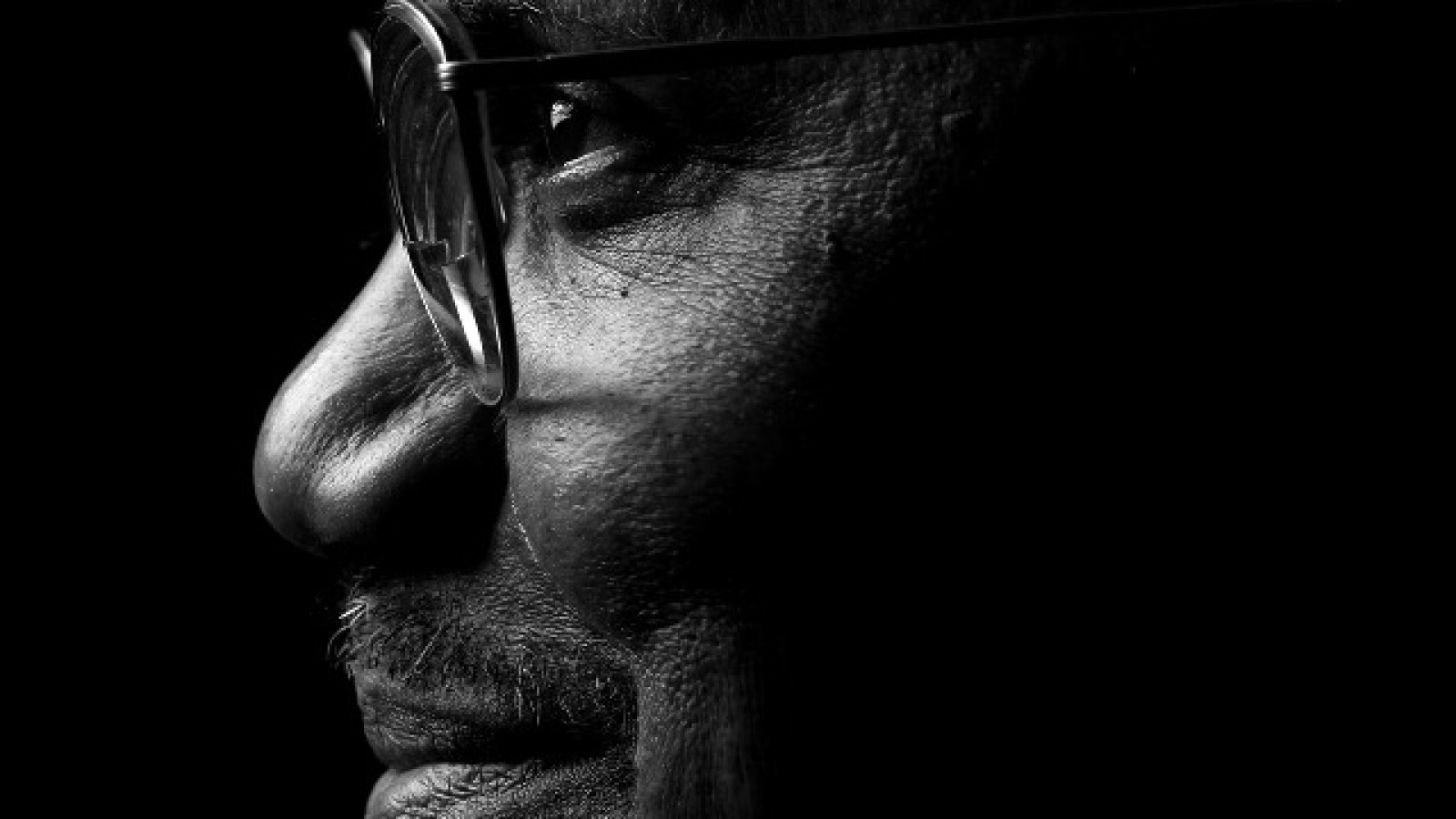 The cinematic intersection of two African-American pioneers yielded a pair of Robeson explorations, made by Bourne 30 years apart, and The Black and the Green, a doc whose search for solidarity feels as if driven by Robeson’s guiding principles 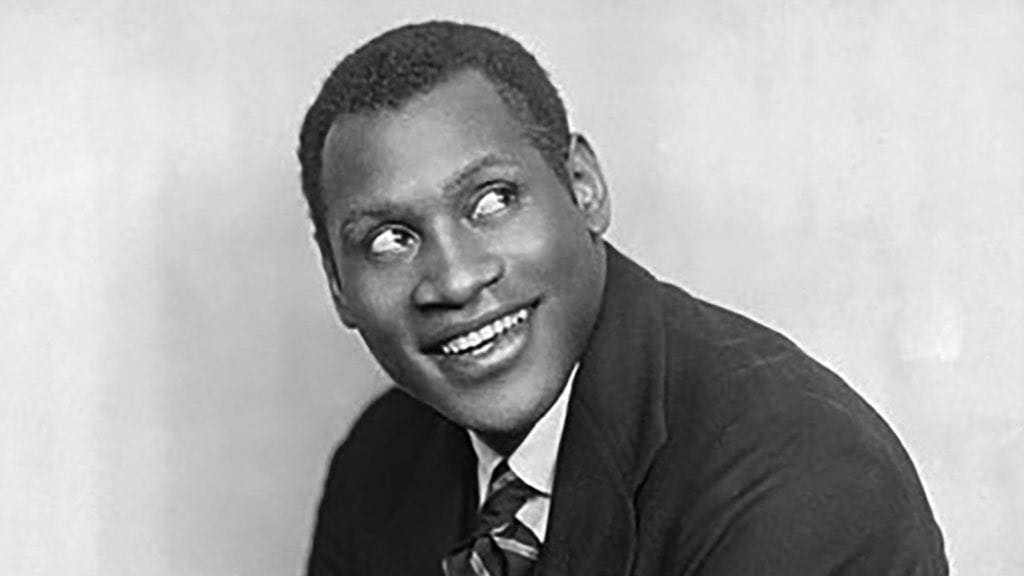 Auteurs, like wealthy Americans, very often have myths around their greatness: they worked harder than others, had more original ideas than others, and persevered over rejection and bad (i.e.: “incorrect”) reception of their films. Yet none of these things actually gets your work seen by “the right people,” or find even the smallest cultural niche. The practical alliances—both financial support and a network of programmers, critics, and other creatives to help a film before preproduction and long after its completion—are as much a part of St. Clair Bourne’s legacy as the 40-plus films he directed or produced over his 36-year career. Operating under the ethic of the Black Arts Movement, which emphasized community along with reshaping dominant modes of Western aesthetics and critique, Bourne created networks for Black, independent filmmakers—his contemporaries and his successors—to ensure that they could connect with people in the industry and the public at large. Bourne’s Chamba Mediaworks produced and distributed films, published Chamba Notes (interviews and production news), and hosted salons for black filmmakers; according to Kathe Sandler, one of the filmmakers Bourne mentored, this network extended across the United States. Rather than cronyism or nepotism, which the industry has always run on, Bourne’s network was a form of radical aesthetic activism, allowing people who had been excluded from Eurocentric histories not simply to form correctives to it but to be in charge of and create their own, independent narratives. Just as importantly, this effort was not carried by a single writer/director/producer but by a group of invested and experienced collaborators.

Bourne, the son of the editor of the Amsterdam News (the oldest black-owned newspaper in the country) who wrote and edited a newspaper in Comas, Peru, while serving in the Peace Corps, began his filmmaking career within a similarly hallowed institution: Black Journal. The monthly public-affairs program, now available to stream in its near entirety, sought to produce news focused on Black issues, for a mass black audience, from a Black perspective. Bourne joined in 1968—yet another year marked by police violence and government inaction—and helped to lead a staff strike against station oversight that resulted in William Greaves being promoted to host and executive producer. (The white executive producer was demoted to “consultant” and stripped of editorial power.) Greaves, a monumental force of independent black filmmaking, and his team, which included Bourne, Madeline Anderson, Charles Hobson, and Kent Garrett, guided the show toward topics that didn’t fit into the big three TV channels’ ideas of what encompassed race or “Black issues”: Black artists in the South; Black servicemen abroad; excerpts of Black-authored plays; racism in filmmaking; and, on the occasion of the artist’s 71st birthday, a short segment about Paul Robeson that was produced and written by Bourne.

PAUL ROBESON: HERE I STAND TEMPERS ROBESON’S CAREER AND ACTIVISM WITH THE FRUSTRATING LIMITS OF BEING A BLACK PERFORMER IN A EUROCENTRIC MEDIA LANDSCAPE.

In 1969, a subject like Robeson was too taboo for the mainstream media. His carefully constructed career had been torn to pieces because of his unapologetic political advocacy by a coalition of anti-progressive voices in the media and government, the most notable being the House on Un-American Activities Committee. Though Robeson had retired to New York City (where Black Journal was produced) in the 1960s, he does not appear in the segment. Bourne’s framing of Robeson’s life situates his politics within the milieu of the late ’60s, describing him as an integrationist who was also interested in connecting black American culture to African traditions, and states, “He practiced what many are now preaching.” Although the segment doesn’t dive into the contradictions of the polyglot, athlete, lawyer, actor, activist, and singer’s career, Bourne pulls no punches: when recounting the infamous 1949 Peekskill riots, which disrupted a benefit concert for Jewish and Black civil-rights efforts that Robeson and others lent their talent to, Greaves, reading Bourne’s script, coolly intones, “Police stood by while 700 patriotic Americans attacked the men, women, and children who had come to hear the concert.” Thirty years later, Bourne seized the opportunity to explore Robeson’s life in far greater depth for a two-hour episode in PBS’s “American Masters” series, narrated by Ossie Davis—a seismic shift in public opinion and media power that is worth acknowledgement. Paul Robeson: Here I Stand tempers Robeson’s career and activism with the frustrating limits of being a black performer in a Eurocentric media landscape, and of the monumental toll his dedication to political causes took. Bourne never allows Robeson’s pioneering to be an unequivocal victory for him, but neither allows the times Robeson failed to meet his own standards to be considered unrecoverable defeats.

This balance is apparent in the section covering the films Robeson made in England, a place where Robeson was able to escape America’s particular variety of racism, but not racism entirely. Bourne emphasizes the gap between the star’s desire and his reality, as well as the limits of what a single person, regardless of fame, could achieve inside such a system. These projects would start off as revolutionary depictions of blacks—in Sanders of the River (1935), Robeson aimed to accurately portray Nigerian culture in order to show black Americans its richness and their connection to it—but by the time they reached the public, the films would be recut and reshot to reassert the supremacy of whites. (In Sanders of the River, Robeson’s character was reduced to a colonial puppet.) Yet, throughout such painful disappointments, Robeson’s time abroad also allowed him to connect with Asians and Africans (such as Ghana’s Kwame Nkrumah), and to learn not only their languages and musical traditions, which he was then able to share with audiences, but to become invested in their struggles for independence. (Importantly, his connections to anticolonial movements were cited when his passport was revoked, a sharp reminder of the establishment’s long-standing affinity for the “divide and conquer” approach.) In addition, Bourne focuses on how Robeson’s life in England also connected him with Welsh miners, whose demonstrations shaped his politics to encompass class struggles as well as racial ones. (Tony Benn, the Labour MP whose surname was once an epithet for someone too far left, appears as a talking head throughout these sections, speaking as enthusiastically as one might expect a democratic socialist to do.) 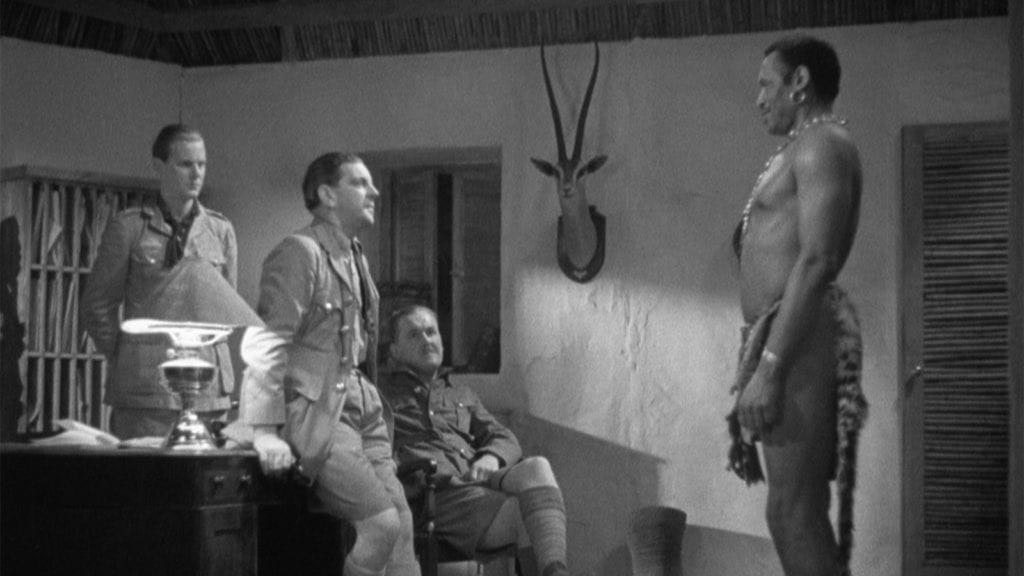 Sanders of the River

Robeson’s connection to the miners was profound—at one of the lowest points of his blacklisting, they arranged a live transatlantic concert via radio—and finds an inexact parallel in Bourne’s life and filmography. While filming an anti-apartheid rally that was organized by a Black group and an Irish group for In Motion: Amiri Baraka, a documentary about the poet and playwright previously known as LeRoi Jones, Matt Jones of the Student Nonviolent Coordinating Committee told Bourne to look into the situation in Northern Ireland. A few days later, Bourne headed to Belfast with several Black activists, some of them former Student Nonviolent Coordination Committee members, that included a visit to the infamous Long Kesh prison. In a 1982 piece from The National Leader, Bourne was quoted as saying: “From the very first day, we realized the Irish see Black people as a symbolic model. Their civil rights march in Ireland in 1970, which marked the return to armed struggle, was modeled after our Selma march that they’d seen on TV. All their chants were modeled after our civil rights movement chants that they’d heard on TV in the ’60s…The IRA was constantly making the connection between our struggle and theirs.”

This trip became The Black and the Green (1983), one of the most tremendous intersectional critiques explored on film. The documentary demonstrates the similarities between the South and Ireland through vérité footage of Belfast and Derry’s Catholic neighborhoods (patrolled by the British army rather than police) and interviews with Sinn Féin members. Even more importantly, it registers the surprise of the visiting Black activists, not only with the sameness of oppression (something that’s easy to intellectualize but quite another thing to witness) but also with the IRA’s use of violence. Jones, who opens the film by saying how he wants to continue Martin Luther King Jr.’s work, expresses toward the end how conflicted conversations with his host family have made him. The question of who’s going to receive violence and how they will reciprocate remains open, though another Black activist trained in non-violence admits, “I don’t think I have the right to tell them how to struggle.”

It’s not for me to say if Robeson’s commitment to finding common ground in oppression, embracing resilience, and moving together as one large resistance was the guiding principle of The Black and the Green—yet it’s hard not to think about these two documentaries in relation to one another, particularly in a time when so many people are embracing the opportunity to question their deepest beliefs, implicit biases, and perceptions of race in the United States. They show the hard work of organizing as it is—which is a lot of meetings and serious reprimands by the state rather than politically nebulous, applause line-filled speeches. In Paul Robeson: Here I Stand, the star’s commitment to activism and radical politics, even when it cost him everything, is what gives meaning to the rather nebulous accolade of “American Master.” These two films also show what it means to create new images of Black Americans in order to challenge and upset a status quo where white supremacy is baked in—one that Bourne could not have taken up without Robeson’s contributions. Through his own artistic interventions—whether documentaries, Chamba Notes, or the network of Black creatives in filmmaking—Bourne’s career is a different but equally powerful testament to the importance of activism and connection in media. Refamiliarizing oneself or learning for the first time about Robeson offers many lessons for these crumbling times, as does Bourne. •

Violet Lucca is the Web Editor and Digital Director at Harper’s magazine and a member of the New York Critics’ Circle. 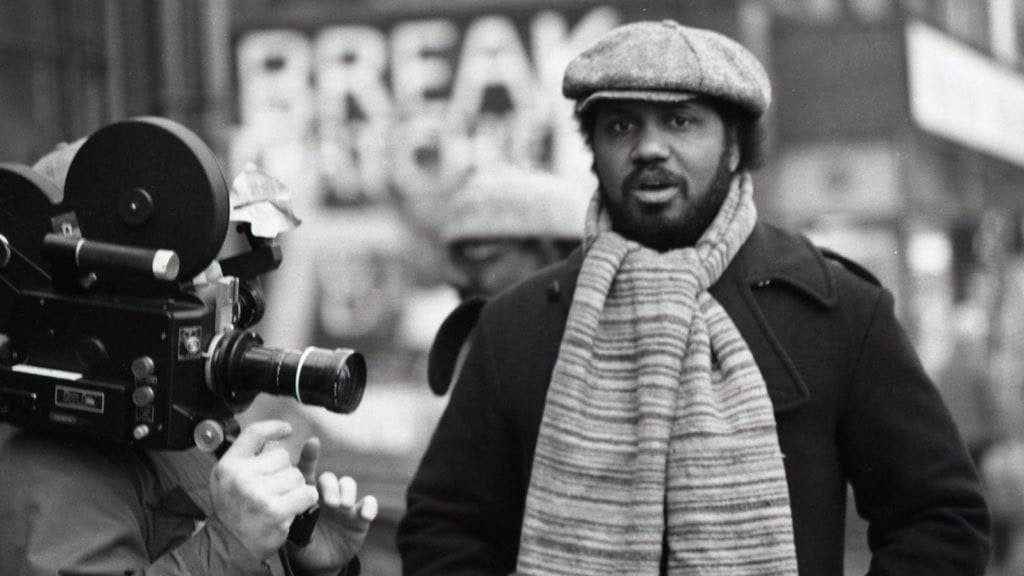