Laurence Gavron’s insightful documentary Ninki Nanka, The Prince of Colobane closely observes the celebrated director during the making of his final feature, Hyenas.

”In the local artistic community, Djibril is seen as a visionary. If you watch Djibril Diop—this goes for his close friends too—you think he’s not seeing anything. He struts around like a lion. He acts as if he saw and heard nothing. Whereas, in fact, he’s one of the only artists in this country to be gifted with exceptional insight and perception.” This is how Issa Ramagelissa Samb, the actor who played the teacher in Hyenas, describes Djibril Diop Mambéty in Laurence Gavron’s documentary Ninki Nanka, The Prince of Colobane (1991). Mambéty’s cinematic output of shorts, medium-length films, and features bears the hallmarks of an artist critically observing and laying bare the fault lines of postcolonial African societies that are undermined by the impact of neoliberal policies and corruption. It is no surprise, then, that the condition of ordinary people featured prominently in Badou Boy (1970), Touki Bouki (1973), Hyenas (1992), Le Franc (1994), and The Little Girl Who Sold The Sun (1999). In her documentary, Gavron turns the camera on Mambéty, who shifts from being an observer to being observed, allowing the viewer to gain access to Djibril Diop Mambéty from multiple entry points.

The documentary follows Mambéty on set during the filming of Hyenas in his neighborhood of Colobane, in Dakar, Senegal. He had already been developing the project for about 10 years when he returned to Dakar to start filming the second feature of his career, in April 1991. Transcending the short-lived utility for which behind-the-scenes documentaries are traditionally known, Laurence Gavron’s portrait reveals a fuller story by incorporating different materials drawn from testimonies from family, friends, and collaborators; extensive excerpts from Diop’s previous films; and the production of Hyenas, which retains the main focus. In undertaking the enormous responsibility of bringing to the screen an already established and critically acclaimed filmmaker, Gavron faced the expectations that the production—whether the documentary would later be considered definitive or not—must rise to the measure and stature of Djibril Diop Mambéty. Whether watching a biopic or a behind-the-scenes documentary, the viewer expects a complex, nuanced story that unearths new details about the filmmaker’s creative process or legacy that would fill gaps in the established or public knowledge. In this regard, Ninki Nanka, The Prince of Colobane showcases Gavron’s myriad efforts at grasping and celebrating a director rightly regarded as a creative genius in African cinema.

In undertaking the enormous responsibility of bringing to THE screen an established, critically acclaimed filmmaker, Gavron faced the expectations that the production must rise to the stature of Mambéty.

As demonstrated by testimonies and scenes in the documentary, the symbiotic relationship between Mambéty and Colobane goes far beyond that of an artist and his muse, which may first come to mind. For indeed, to the neighborhood children of Colobane, Djibril Diop Mambéty is a hero on- and off-screen. Shots of local movie theaters and joyous children playing between houses in narrow sandy streets provide echoes to Mambéty’s own experience growing up in the cinephilic environment of Colobane. His artistic career began on the stage, at the Daniel Sorano National Theatre of Dakar, before he shifted to filmmaking, similar to the shift Ousmane Sembène made from literature in the 1960s.

Though the documentary seamlessly transitions between on-camera interviews and fragments of Mambéty’s previous works, the filming of Hyenas remains its central focus, whether as a means to get into the creative mind of the director, who walks around in the judge costume he wears in the film, or to document the making of this feature after the critically acclaimed Touki Bouki. Hyenas, as Mambéty sums it up himself, is the story of Linguère Ramatou, who returns to Colobane after 30 years to claim revenge for her exile, saying, “The world made a whore out of me, so I’ll make a whorehouse of the world.” This adaptation of The Visit (1956), a play by the Swiss dramatist Friedrich Dürrenmatt, is inscribed in postcolonial African contexts, where loss of moral values and human greed are epitomized by hyenas in the film. The hyena, like the vulture, rarely kills but instead feasts on carcasses, thus assuming the role of scavenger in its contribution to balancing the ecosystem. This differs from the portrayal of the film’s townspeople, who tear each other down rather than collectively build up the community. They more closely resemble the hyena in popular tales such as La Belle histoire de Leuk-le-lièvre (1953) by Léopold Sédar Senghor and Abdoulaye Sadji, or the many iterations of West African folktales involving the hare and the greedy, gullible hyena who is always outsmarted by the hare. Ramatou Linguère outsmarts the townspeople by setting things in motion by proposing to give Colobane billions to kill Draman Drameh, her ex-lover who had left her pregnant at 17 for another woman.

Hyenas is not only a testament to Djibril Diop Mambéty’s long-standing commitment to telling the stories of ordinary people but also an example of how his modest background shaped his storytelling, which underlines an interplay of form and content. Gavron’s documentary brings the people’s artist Mambéty into focus through on-screen voiceovers discussing of the hyena hole filled with beggars in Hyenas: “Djibril has spent most of his life with those people. He has no problem with beggars. He loves beggars. They are his. Djibril likes sharing. You can’t understand his love of beggars if you don’t understand his love of himself.” But above all, Mambéty loved cinema, and his impressive filmography shown in the documentary provides insights into a creative process in which time and detailed attention were given to the different stages of filmmaking. The proliferation of film labs and training programs in Africa today reaffirms this necessity for film projects to be fully nurtured before the actual production begins. This may be one of the explanations for the reemergence of quality African films garnering recognition at home and abroad. 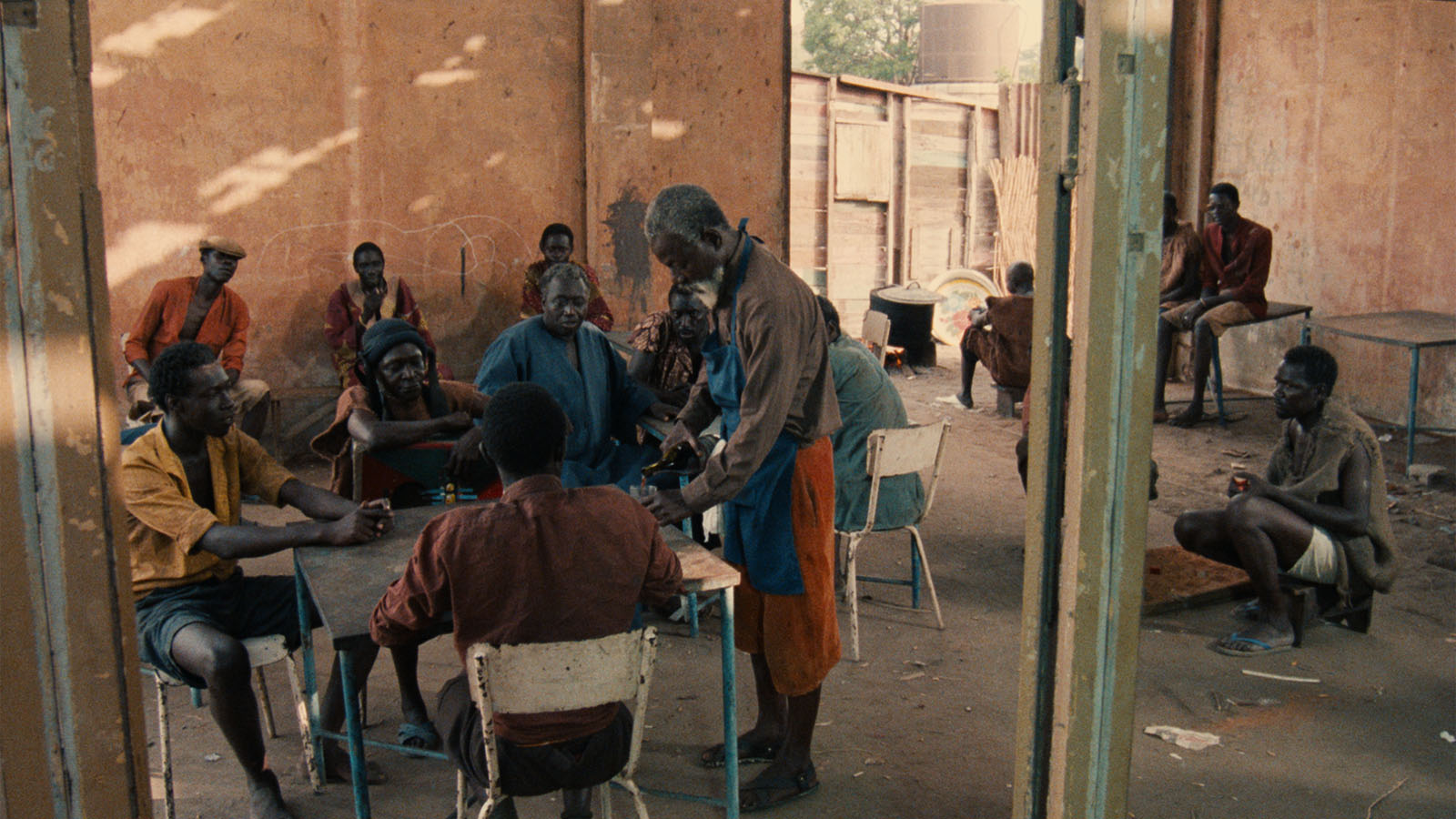 Interviews in the documentary invite us into the aforementioned creative process, specifically the selection of lead actors by Djibril Diop Mambéty. This is highlighted in the story that Mansour Diouf tells about how he was recruited by the director, against the advice of cinema professional circles in Dakar, to play Draman Drameh. Diouf shares in a voiceover how the filmmaker “Djibril is unpredictable but very thorough. For years, he studied me in secret until he was sure I was right for the role. When he gave me the lead [in the film], all Dakar criticized him. They advised him to use a professional [actor].” The use of nonprofessional actors in African cinema—for ideological or artistic reasons, or for lack of professionally trained film actors—has a history, from the first generation of African filmmakers to the current generation, including Mambéty’s niece Mati Diop in her award-winning film Atlantics (2019).

Ninki Nanka, The Prince of Colobane is a treasure. It captures pivotal cinematic moments in the making of Hyenas, which is now widely regarded as a masterpiece by an African cinema giant. The documentary provides a wealth of information about Mambéty and his relation to cinema that attracts the interest of cinephiles and professionals alike. The shaky handheld cinema-verité-style shots add to the intimacy, immediacy, and charm of its locale. The town of Colobane has its prince and the world of cinema a genius. • 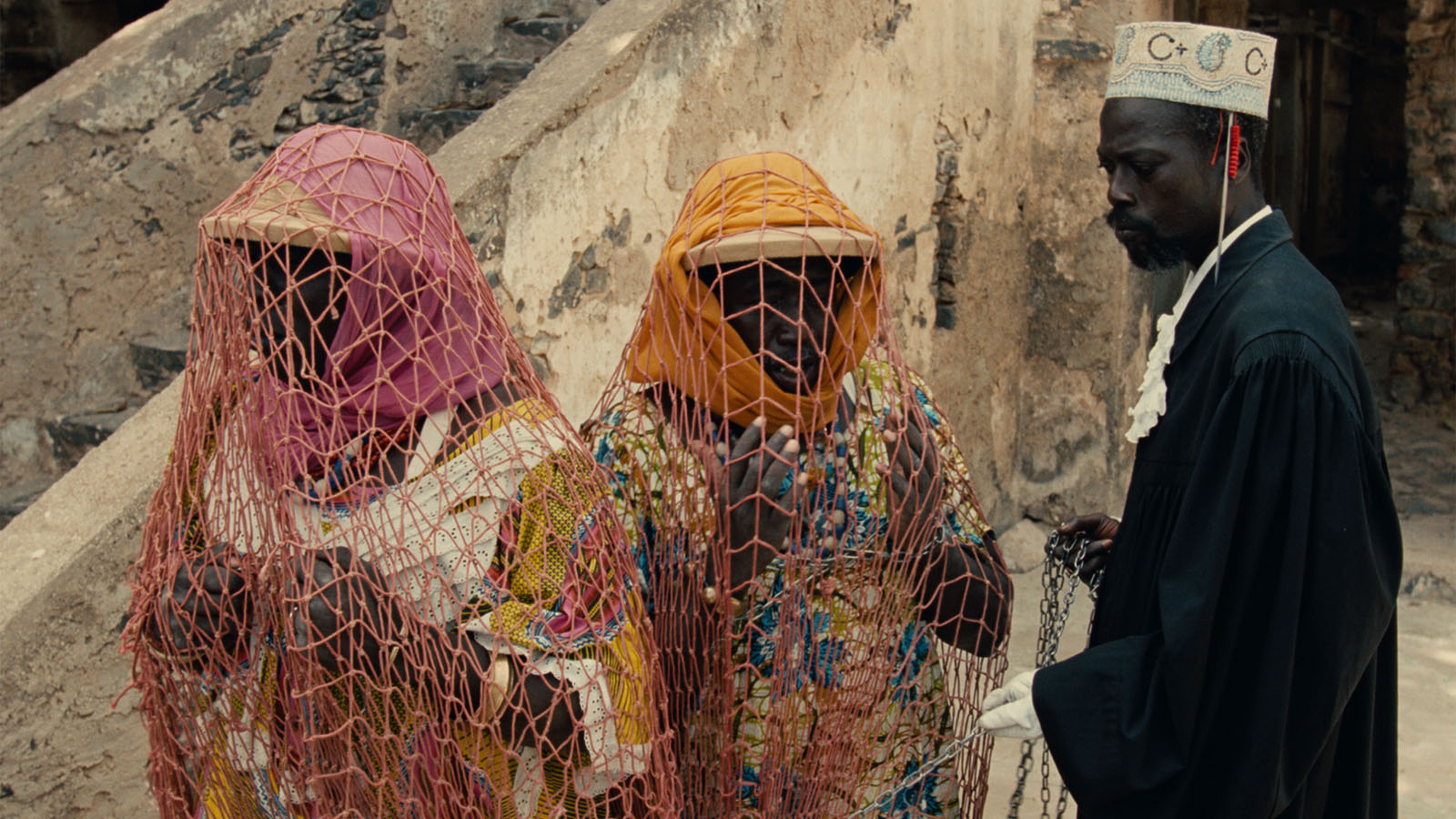