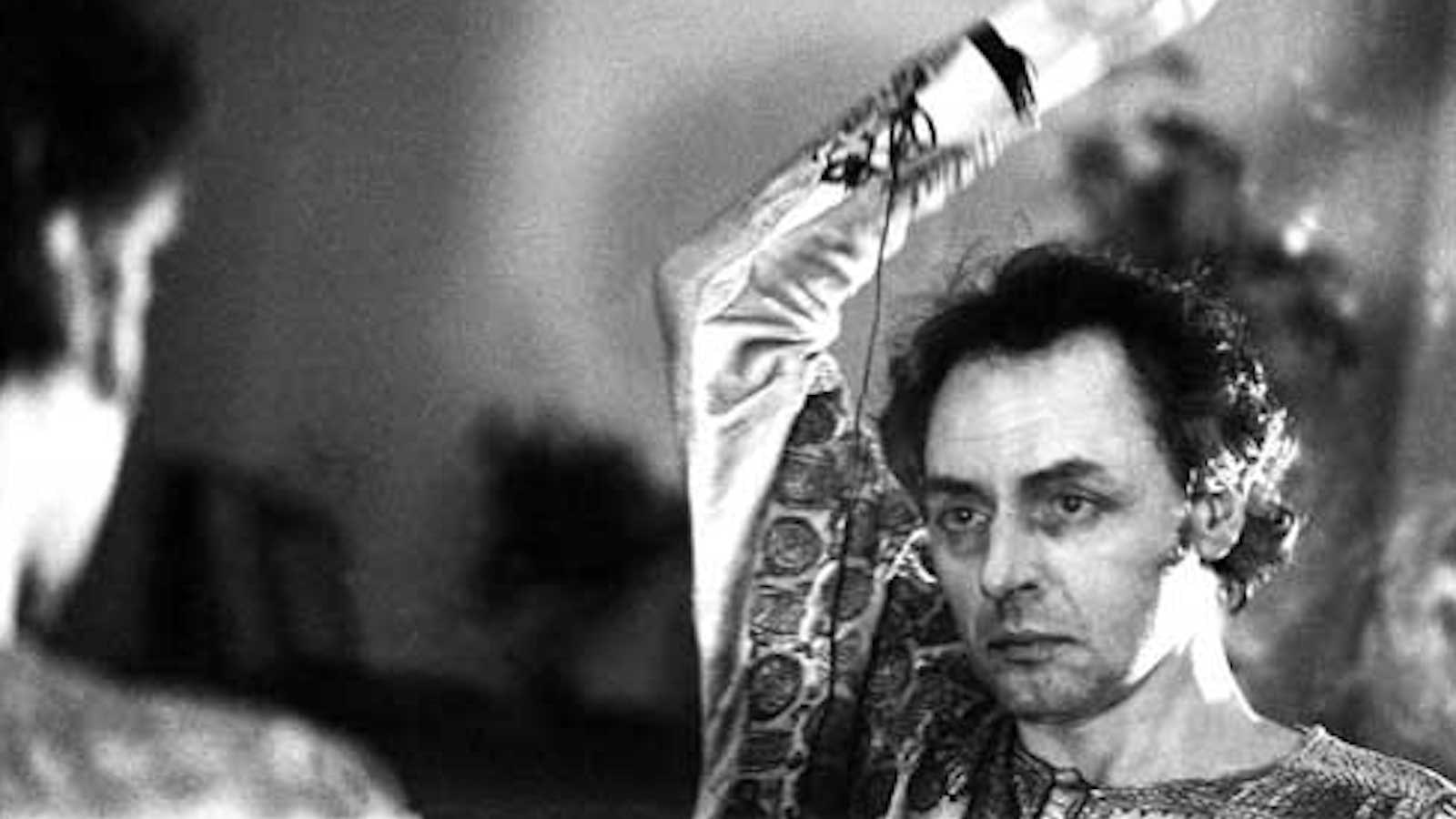 On the boundary-blurring portraits of artist-filmmaker Luke Fowler.

Our Luke Fowler series plays at Metrograph until Sunday, February 6. 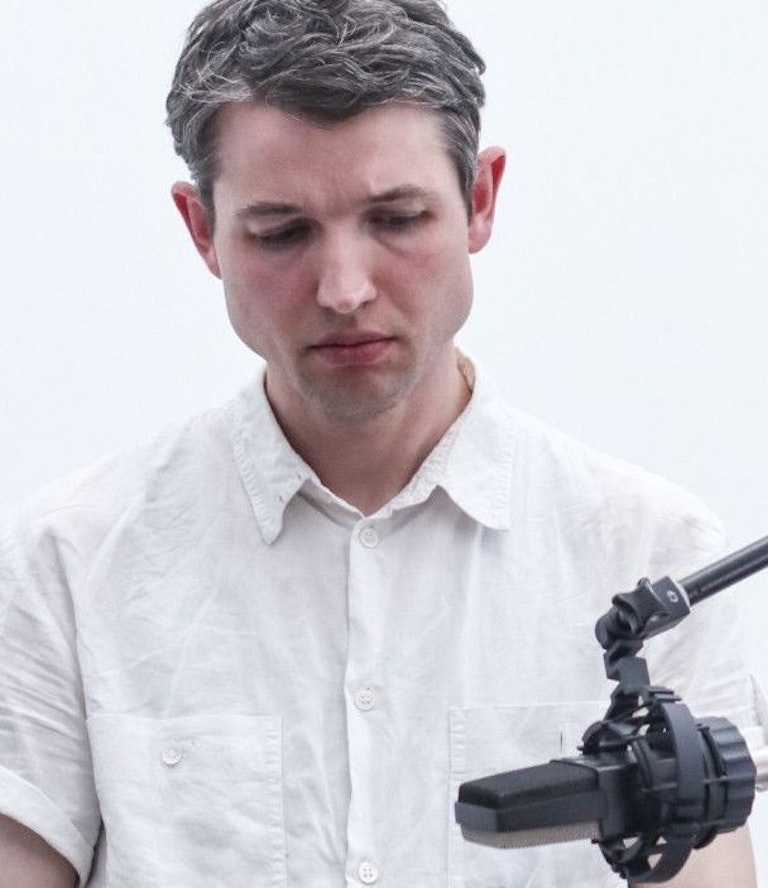 When does a picture of someone become a portrait? The qual­ity of likeness, the transmission of information alone, isn’t suf­ficient; if that were so, nearly every snapshot would qualify. The image must express another, more intangible quality—consciousness, character, personality—via whatever material aspects it portrays. That viewers can be made to believe they have come to understand a particular person through a two-dimensional resemblance made of, say, smudges on canvas, or ink on paper, or silver salt grains suspended in emulsion, is the illusion of a successful portrait, its magic trick.

Luke Fowler has long been concerned with the question of portraiture in his film work. Many of his films center around specific individuals: psychiatrist R.D. Laing (What You See Is Where You’re At and All Divided Selves), historian E.P. Thompson (The Poor Stockinger, the Luddite Cropper and the deluded followers of Joanna Southcott), musician Xentos Jones (The Way Out), com­poser Cornelius Cardew (Pilgrimage from Scattered Points), four of Fowler’s neighbors (the Tenement Films), a troubled hermit (Bogman Palmjaguar). In the broadest sense, all of these films could be called documentaries, in that they purport to tell us something true about reality and history through some more or less direct record, and throughout his work, Fowler uses many of the techniques we’ve come to associate with the documen­tary form, including archival footage, interviews, voiceovers, establishing shots, and re-enactment.

Yet none of Fowler’s films provide the easily digestible narratives so often found in contemporary documentaries, in which reality is reshaped to tell us the kinds of stories we already know. His films are instead portraits that reveal their own processes of becoming. In his two films on Laing, for example, the editing is musical rather than linear, jumping from moment to moment in Laing’s career, mixing audio and image in unex­pected ways, producing a dense mosaic of footage from a wide variety of formats and sources that refuses to grant any simple thesis or message. “I’m striving to create a set of experiences, views or fragments that resist becoming a neatly packaged and mediated experience,” Fowler has said, “but instead struggle to question the complex and contradictory accounts that together make up ‘collective representations,’ that attempt to realize the potential for film to embrace the complexities and contradic­tions of lived experience and shared histories.”

Yet none of Fowler’s films provide the easily digestible narratives so often found in contemporary documentaries, in which reality is reshaped to tell us the kinds of stories we already know.

In this sense, Fowler continues a tradition of anti-illu­sionism in experimental film, practiced by artists as diverse as George Kuchar to Peter Gidal, who break down the elements of filmmaking in such a way to reveal the constructed nature of all cinema. But at the same time, there is another tradition Fowler has inserted himself into: that of documentarians like Humphrey Jennings or Joris Ivens who found lyrical structures for the nonfiction film. Their work shows how different kinds of forms convey different kinds of truths—at times more specu­lative, more tentative, and thereby more rich with possibility.

The eponymous protagonist of Bogman Palmjaguar, who says he chooses to never look anyone in the eye, only appears on camera wearing a visor that obscures his face or, at one point, a feathered mask. In What You See and All Divided Selves, Laing is shown through television interview footage, filmed lectures, and other records of highly staged public appearances. Our views of Palmjaguar and Laing are always mediated; instead of promising easy access to the “real person,” Fowler’s portraits of these two men show them as different kinds of actors in a social environment, each negotiating in his own way with the camera. This calls to mind Laing’s own argument that identity cannot be extricated from interpersonal existence. “My experience and my action occur in a social field of reciprocal influence and interaction,” Laing observes in The Politics of Experience. “I experience myself, identifiable as Ronald Laing by myself and others, as experienced by and acted upon by others.” 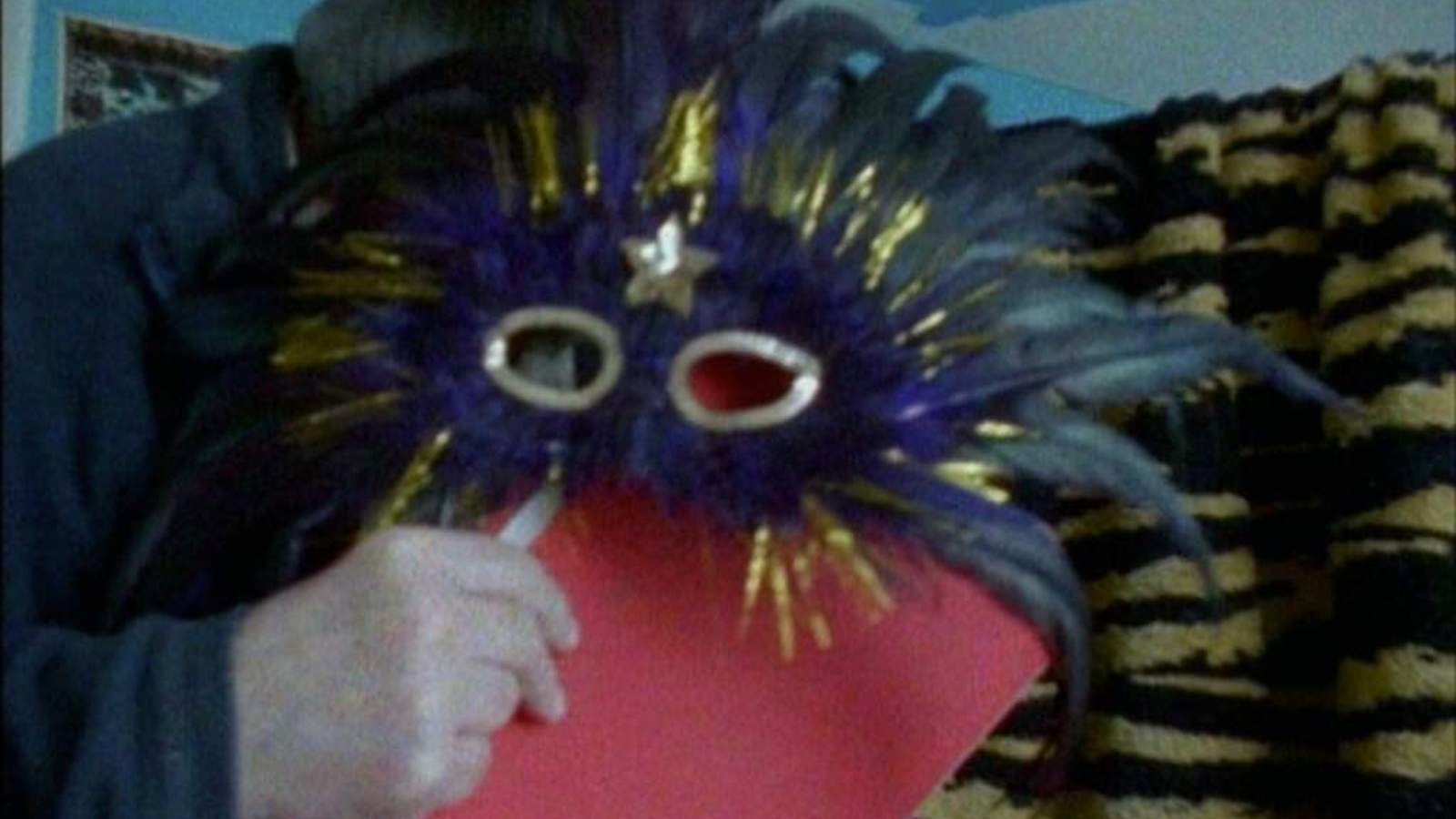 Painted or photographed portraits are often situated within landscapes, forming the negative space that surrounds the person’s image. The individual is pictured both emerging from the landscape, and existing in distinction from it. The land­scape is both where we come from, and what we work against. Likewise, in Fowler’s film portraits contain views of the worlds around their subject, whether natural or built. Fowler supple­ments the archival elements of All Divided Selves with new foot­age of the places Laing worked and lived; Bogman Palmjaguar includes eccentrically angled shots of the misty heath where its subject dwells, edited with a playful geometry that mirrors the idiosyncratic logic of Palmjaguar’s thought. The Poor Stockinger pairs the sounds of artist Cerith Wyn Evans reading from E. P. Thompson’s diaries about teaching adult education classes on labor history with shots taken in the the towns where the classes took place. The result bears comparison to works like Masao Adachi’s AKA Serial Killer (1969), Straub-Huillet’s Too Early, Too Late (1982), or James Benning’s Landscape Suicide (1987), in which historical writings are used to draw out the hidden struggles that have taken place in seemingly tranquil locations.

The distinctions between portrait and landscape collapse in Fowler’s three-film cycle A Grammar for Listening, created in collaboration with sound artists Eric La Casa, Lee Patterson and Toshiya Tsunoda. Fowler has called the three parts “meta-portraits of these people as both individuals and artists;” each film pairs a composition by one of the collabo­rators made from field recordings with images of nature and architecture shot by Fowler, juxtaposing sound and image in ways that avoid obvious correlation. In a similar vein, the works in his Tenement Films series—Anna, Helen, David and Lester—picture a set of Fowler’s neighbors through visiting four apart­ments in the same building, architecturally identical but differ­ently furnished. With none of the inhabitants at home, Fowler’s camera scans these intimate spaces for impressions of his neigh­bors’ everyday lives.

Fowler punctuates the Tenement Films with shots of him­self captured in a mirror, Bolex in hand. Similar sequences are found elsewhere in his work, momentary self-portraits that serve as signatures. They also point to one of Fowler’s major concerns: that of filmmaking as a fundamentally intersubjec­tive art.

Ed Halter is a writer and curator living in New York City. He is Critic in Residence at Bard College and a founder of Light Industry, Brooklyn. This piece was first published in 2013. 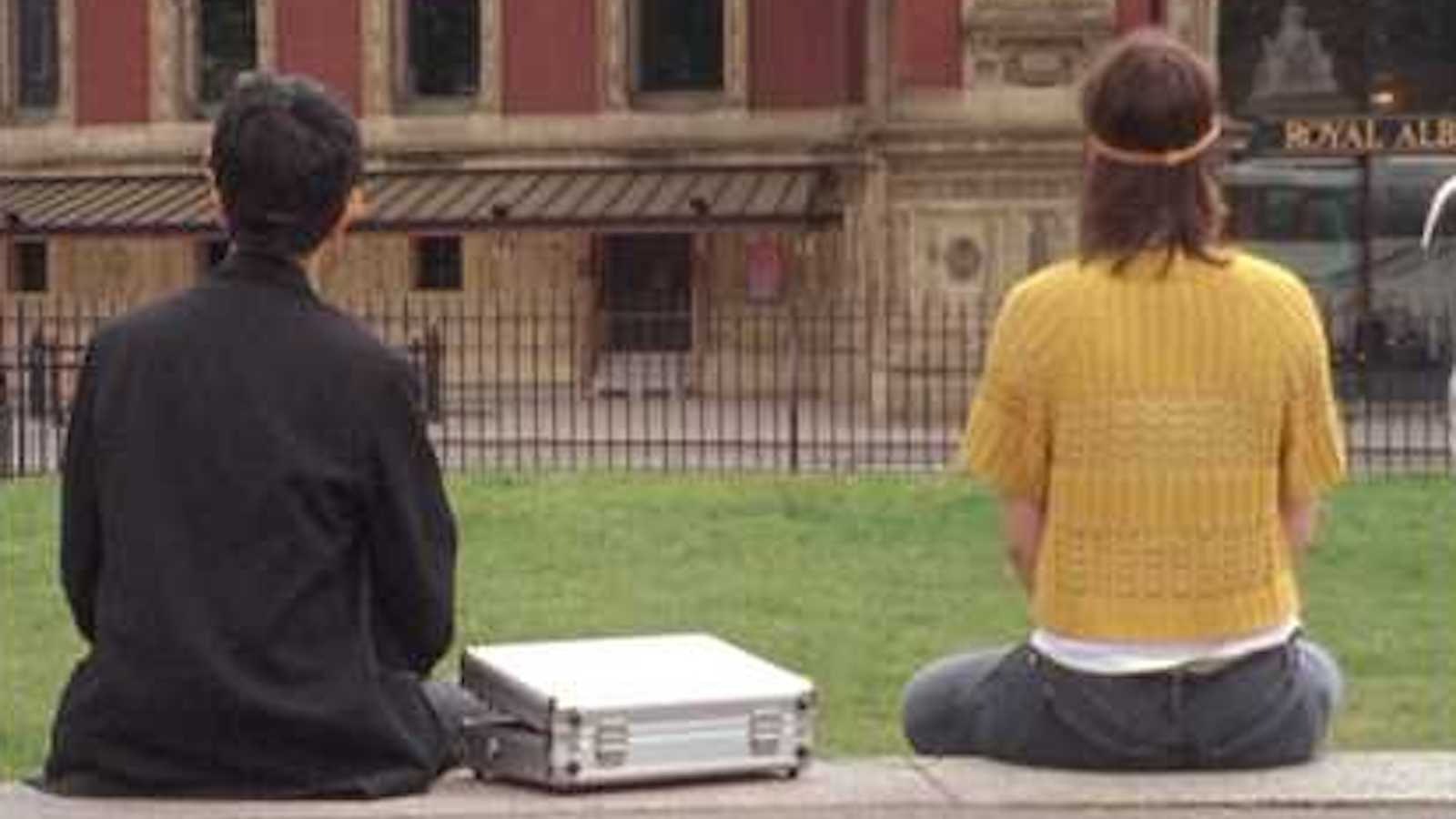