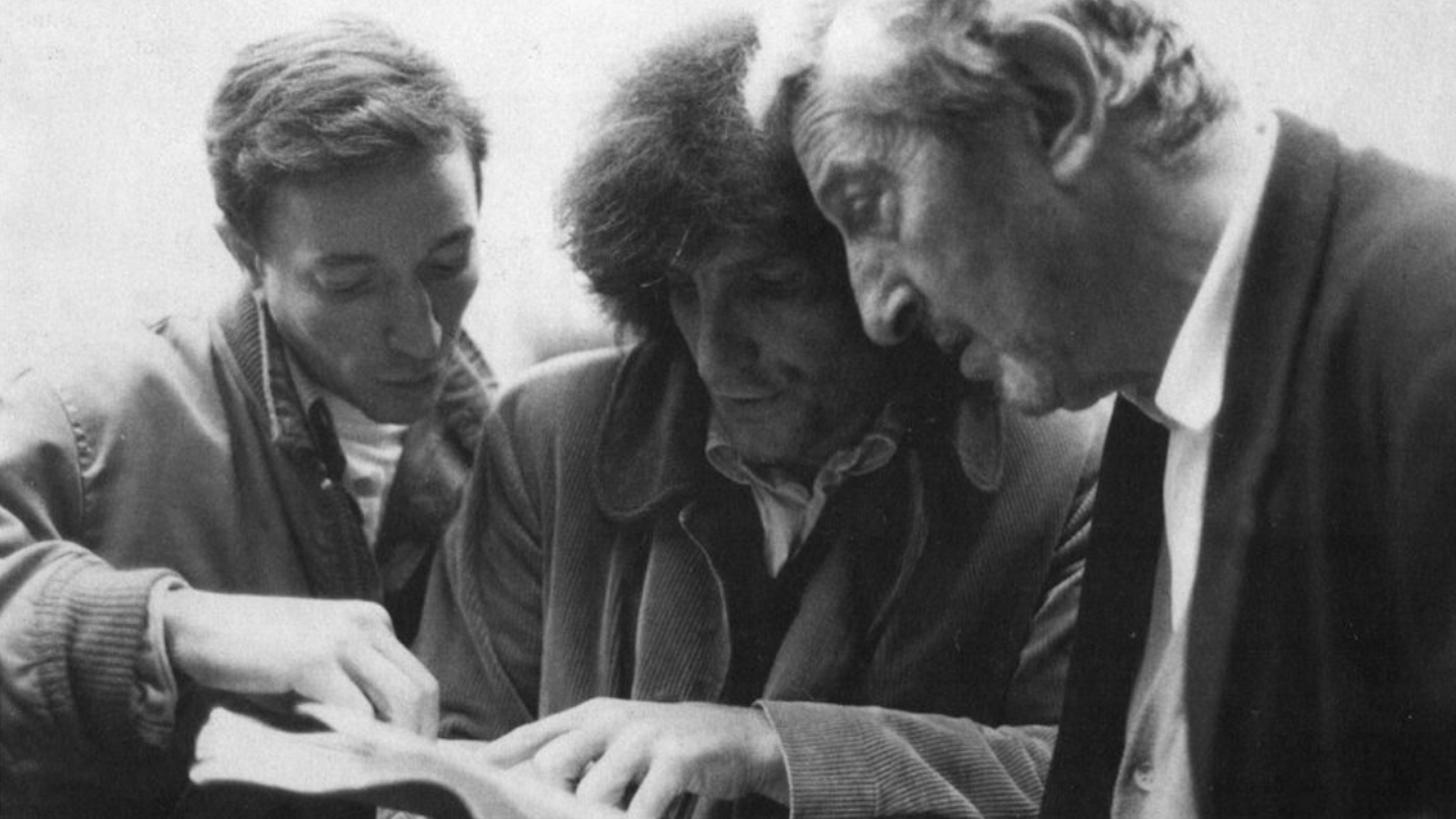 An ode to the often unsung hero of the French New Wave.

A regular lover of the cinema, Philippe Garrel has been making ﬁlms since he was 16 years old. He is modernity’s secret child, its little knight. The films he has sent out from 1964 to the present are like deeply intimate letters in which he reports on his travels (or perhaps the more psychedelic word “trip” is better suited here) to the land of modern cinema. This is a place where experience and innocence go hand in hand, where the living can no longer live without being surrounded by their dead.

We recognize the handwriting and the return address. Garrel has left the crossings-out in some of his letters—that too was part of his writing. Many letters brought us news of a lover’s passion, while other more disturbing ones could no longer find the words and spoke of the impossibility of writing and of silence. Some of the most impassioned revealed acid ﬂashes, automatic writing, and lyrical collages, somewhere between a poetic high and a political rage. Some, of a more metallic disposition, avoided nothing, including the worst. Every one of them was written once and for all.

The various episodes of Garrel’s life, which have formed the essence of his ﬁlms to date, are well known: they often involve his meeting with the singer and Warhol muse Nico, with whom he would make his way through the heroic fallout of the years saddled with the heavy burden of coming after May ’68, that long winter that some historians would call “the years of powder” [in reference to revolution and hard drugs -ed.]. In Garrel’s films, the memory of electroshock therapy, insane asylums, and drug addiction always blends with the portrait of the women depicted. These are extraordinary miniatures in whose eyes burn the fire of the era: the revolution, rock and roll, the legacy of the cinema, which Garrel shouldered alone after experiencing a revelation at a screening of Godard’s Le Petit Soldat: a year later, he was making his own films.

Garrel appeared in the constellation of cinema in 1964 with the electrically titled short ﬁlm Les Enfants désaccordés—“the out-of-tune children.” He himself was only sixteen. He wanted to ﬁlm the girls who made Paris, and cinema was nearly as effective a means for approaching them as rock and roll. Yet his film Anémone was rejected by French public television, where digniﬁed old ladies winced with indignation. Now a dandy in velvet shirts, one of the ﬁrst in Paris to wear long hair, Garrel directed the television program Bouton rouge and heralded the arrival of The Who and Marianne Faithfull, of LSD and a new language. This Werther of the Palladium nightclub enrolled his friends (Zouzou, Tina Aumont, Bernadette Lafont, Frédéric Pardo, Didier Léon, Jean-Pierre Léaud, Pierre and Margareth Clémenti) to create a kind of living nativity scene imbued with a hallucinatory liturgy, delivering ﬁlms that announced a new mystique: Marie pour mémoire, Le Lit de la vierge.

How could a 20-year-old filmmaker have been so lucid?

In the immediate wake of May ’68, Garrel shot La Concentration and Le Révélateur. Watching them today is chilling. All the dead ends of the ’70s are prophesized: self-destruction, apathy, alienation, the memory of the concentration camps, and insanity before the unflinching wall of repression. How could a 20-year-old filmmaker have been so lucid?

While staying with Frédéric Pardo and Tina Aumont in Positano, Garrel met Nico. With her, he embarked upon the oneiric period that suggested a new medieval art, producing alchemic and symbolist ﬁlms, a cinema in suede boots whose black sun is La Cicatrice intérieure. This is the period known as hieratic and circular, as fascinating as it is abstract. To make his films, Garrel salvaged expired ﬁlm stock, shooting these yellow-toned works alone with a hand-cranked camera. The ﬁlms were not released, but Henri Langlois, as cosmically intuitive as ever, screened them at the Cinémathèque every Christmas Eve.

Nico, Jean (Seberg), Zouzou, Tina (Aumont), Margareth (Clémenti), Anita (Pallenberg), Bulle (Ogier)... His muses of the time have the ﬂeeting aura of phantoms, but it is France itself that had disappeared into a state of sedation. Lost in a poetic forest, the artist who had set out to embrace the primitive cinema (the Lumière/Murnau axis) proved an unwitting documentarian. Today the inner exile he lived through is attributed not to a limit-experience but to the spirit of the broken ’70s.

Garrel is primarily a painter. He took the face of the women he loved as virgin territory, on which the highest solitude can be read. Un ange passe, Voyage au jardin des morts, Les hautes solitudes, Le Bleu des origines... Whether shot in black and white or color, his ﬁlms are white. While Light/White Heat. There is no more screenplay, no money, no dialogue. The only thing not lacking is lack itself. Experimental: never had the word so strongly resonated with experience.

In 1979, at barely 23, Garrel gathered the shreds of an electroshocked decade in a notebook. He was willing to come back to the cinema, the way one comes back to life after a long slumber, but only if he could invent a vivid, original way of describing that odyssey. The outcome was L’Enfant secret—more than a ﬁlm, the beginning of a rereading, in the negative, at the (re)editing table. Here, Garrel learned not only narration (which he honed like the edge of a blade), the sweetness of feelings, reconciliation, but shadow: that small, intimate zone from which he let the facts coalesce in images and sounds. Nightfall was on the rise again.

In an article published in Libération in December 1989, Louis Skorecki offered this near-definitive paradox: “Garrel’s films are silent films even when they speak, and sound films even when he shoots without sound.” One could add that they now speak to allow the silences to be better heard. That they release a type of speech that emanates as if for the very first time: emotional, of course; loving or desperate, by nature. Always intense.

Liberté la nuit (a ﬁlm apart, at once personal and distant), Rue Fontaine (dedicated to Jean Seberg and Jean Eustache, both suicides), and Elle a passé tant d’heures sous les sunlights (the cursed twin to L’Enfant secret) tighten the Moebius knot to its essence around a few haunting ﬁgures shifted by each ﬁlm: a woman shows a man that she has decided to love him; a man talks to his father; a girl shoots up and her lover can’t do anything about it; a child arrives, unless it is already there...

The last shot of L’Enfant secret showed all this in a single stroke: in the reflection of a café window, the silhouette of a solitary man merges with the virtual image of the woman he loves, out buying dope on the street. Garrel’s cinema had just found its place in the ‘round trip’ of that image, occurring both inside and outside, in solitude and in emotional confusion, fueled by the desire to say everything and to combine the aching fullness of reality with the virtual. 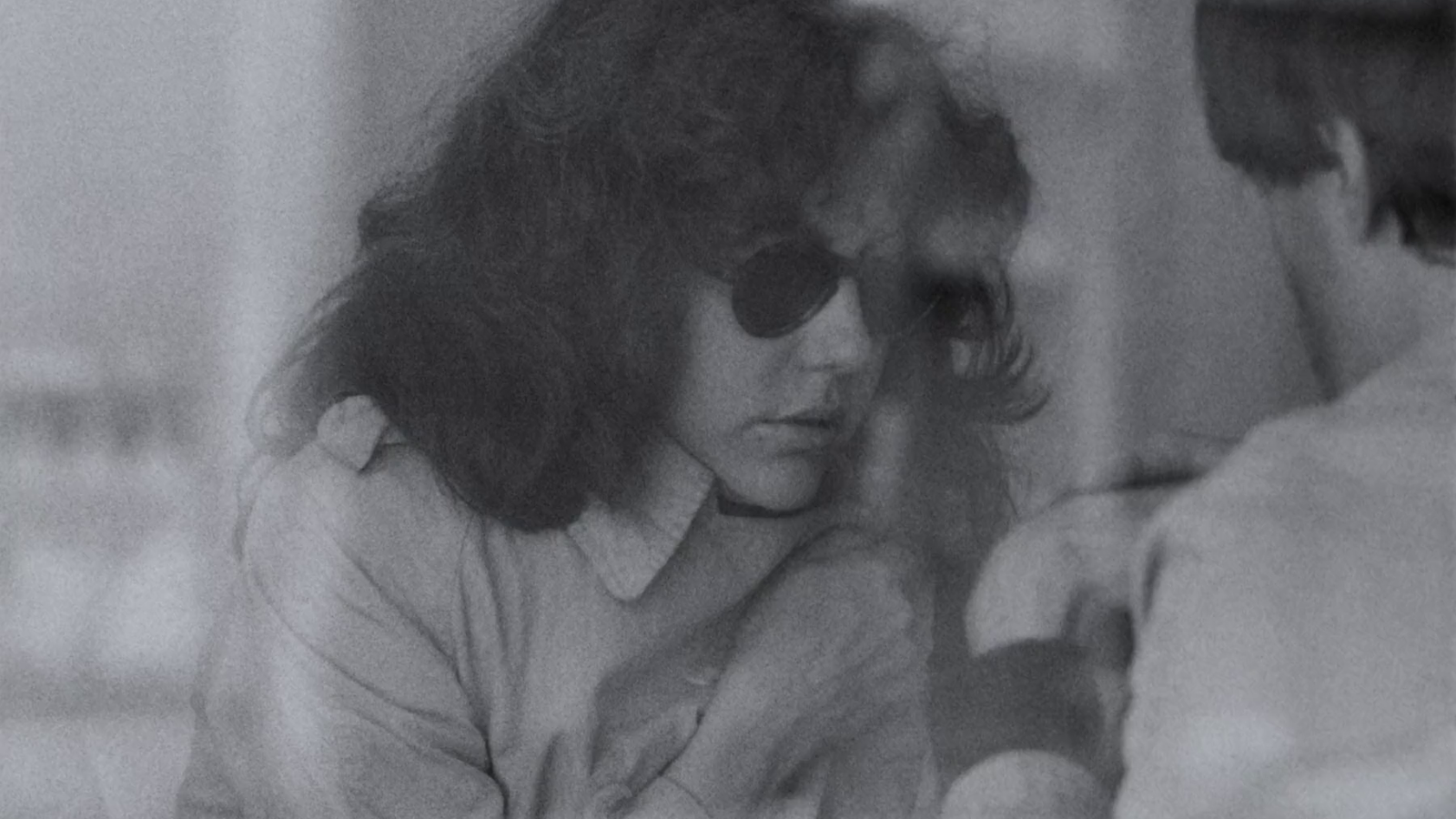 Les Ministères de l’art outlined the utopia of a cinematic family: Eustache, Akerman, Doillon, Schroeter, Jacquot, Carax... Garrel shoots films that cost about the price of a cheap car, but you would think they were painted by Georges de la Tour, narrated by Remy de Gourmont, and scored by John Cale. (In fact, they were scored by John Cale.)

Les Baisers de secours opened a new, more romantic period, marked by poet and novelist Marc Chodolenko’s contribution to the dialogue-writing, which generated an infinite dialogue between Garrel and his generation: How do you ﬁlm the image of a couple again? How do you ﬁlm it for the first time? And for that first time to take place, once again, should it be preceded by another image: that of another couple and of a last time?

The question of the couple as narrative, explored in its modernity, runs through Garrel’s work from J’entends plus la guitare to La Naissance de l’amour and up to Le Coeur fantôme, a more overtly oneiric ﬁlm.

In J’entends plus la guitare, Mireille Perrier is in love with a painter played by Yann Colette. She asks him to paint her. “Impossible,” he replies, “you’re too real. I’m too close to you to even be able to look at you, to see all of you.”

Since Le Vent de la nuit and the magnificent Sauvage innocence, an obsessive question has become increasingly clear in Garrel’s films: how can Garrel the survivor provide something like a direction now that a generation of sons has reached the age at which he had his own defining experiences? How do you portray the man who was both your closest friend and your best enemy?

In Les Baisers de secours, Garrel tells the story of those congenitally blind people whose sight is restored by medical science but who go mad because they don’t know how to choose or sort what they see. Garrel’s ﬁlms are attempts to avoid going mad. They are part of an eternally recurring sorting process.

Also in Les Baisers de secours, Philippe Garrel has his father Maurice Garrel say that you can “put everything in a ﬁlm.” But given that Garrel’s films are as attached to ethics as to dialectics, Philippe can’t keep himself from replying that ﬁlm really “isn’t a trash can.” The truth lies somewhere between those two opposite perspectives: what Garrel often hopes to unburden himself of by filming it will always come back, one way or another. Most likely another. Films are disappointing trash cans. Garrel’s cinema is as haunted as can be, yet it invites the viewer to experience an uncommon level of presence. •

Translated from the French by Nicholas Elliott.

Philippe Azoury is the author of Philippe Garrel en substance. His work has appeared in Cahiers du Cinéma, Libération, and Les Inrockuptibles. 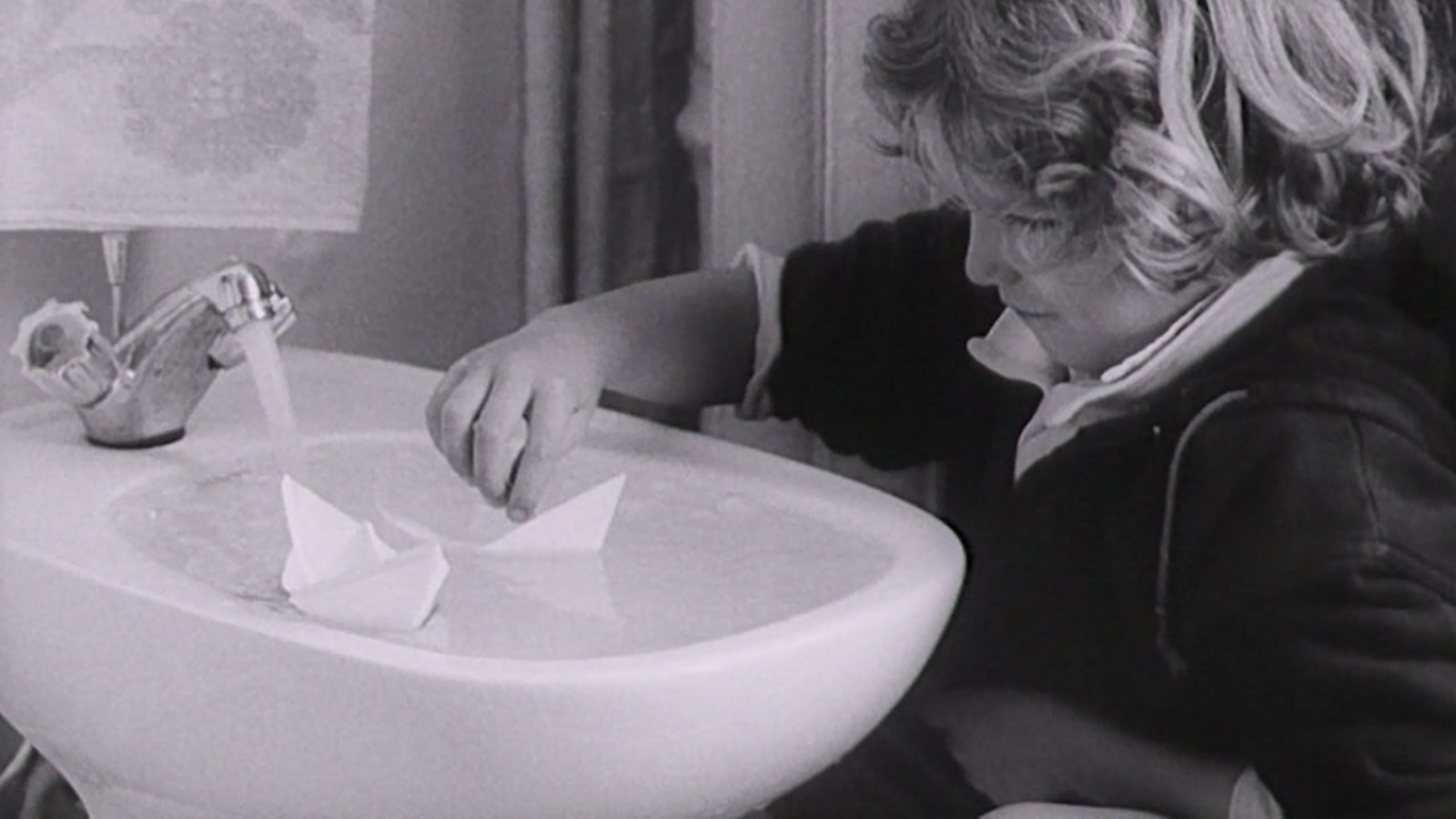