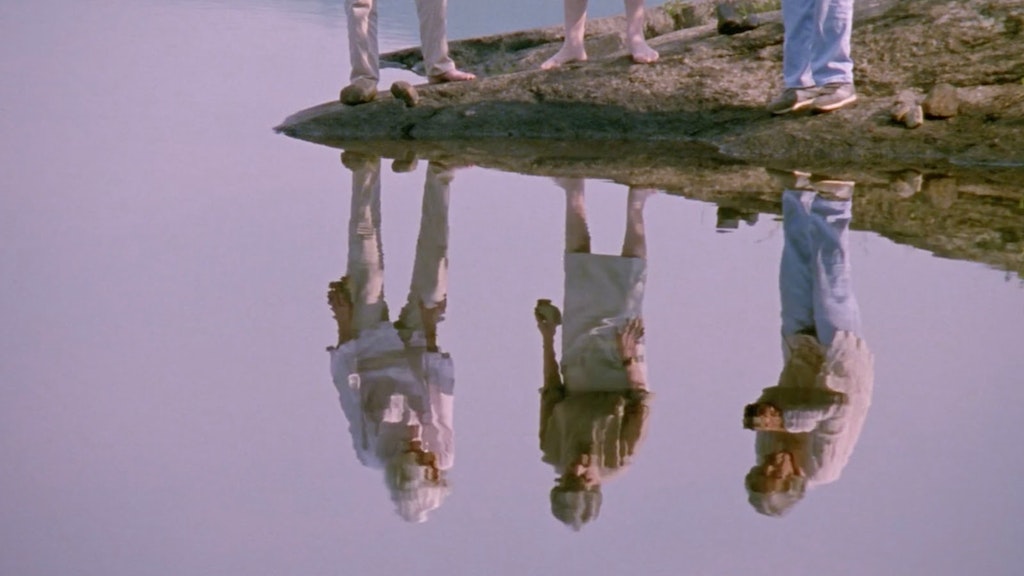 A cluster of older women, stranded in rural Canada, speak their minds and bare their souls in Cynthia Scott’s semidocumentary gem
Strangers in Good Company. 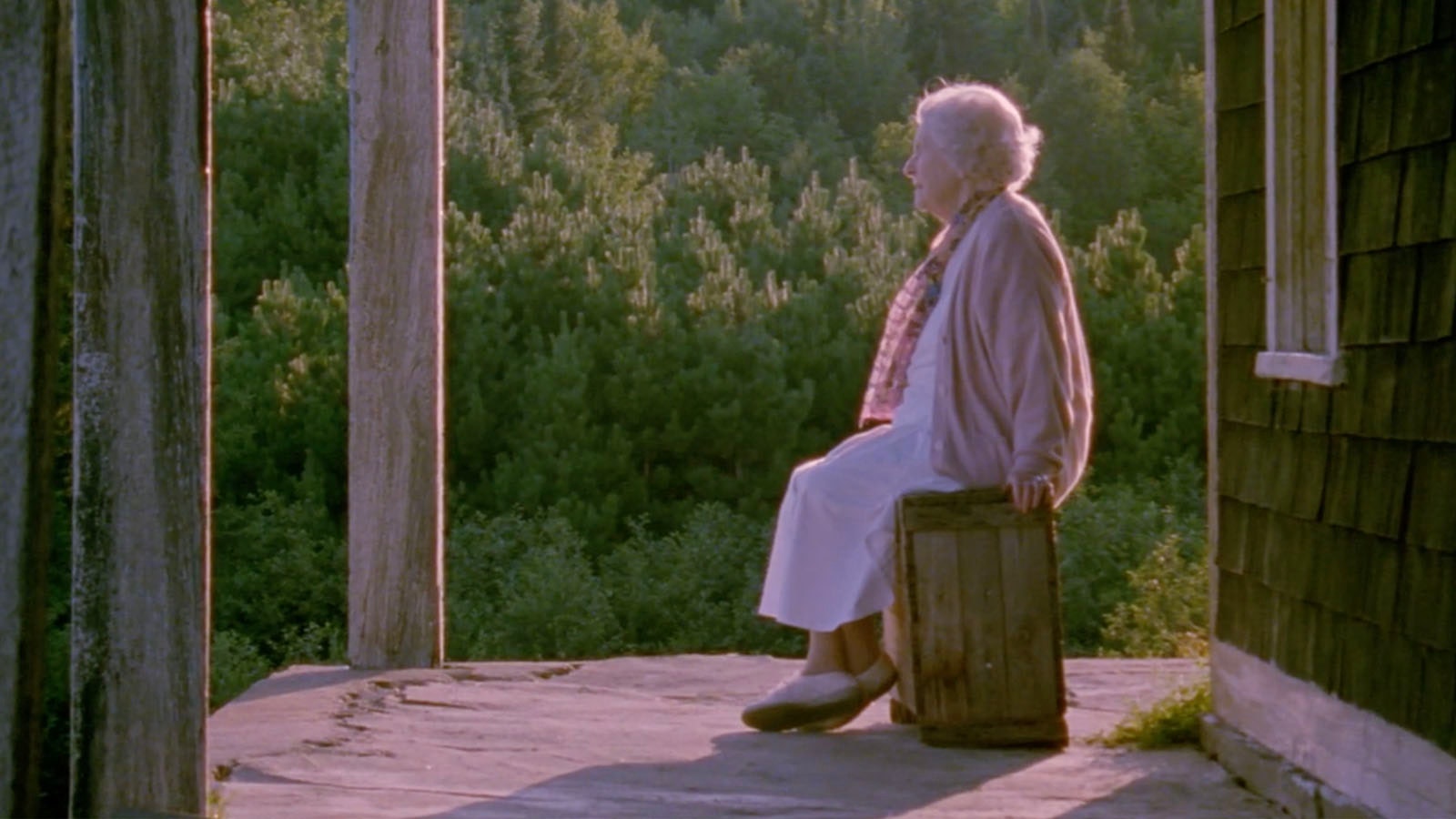 When the tour bus breaks down in the wilderness of Quebec, the passengers do not despair, though they have no means of calling for help. Aside from the twentysomething tour guide with a twisted ankle, they are all women of a certain age, the youngest a hearty 68, the eldest fast approaching 90. They’ve survived a world war (in some cases two), a debilitating stroke, the ever more debilitating loss of a child, chauvinism, homophobia, expatriation, the elective solitude of independence, the involuntary loneliness of old age, and the sad recognition that they can no longer hear birdsong. So when the tour bus breaks down, the eight of them waste no time being forlorn. The handy ones raise the hood and begin checking the oil, while the others trudge forth, canes and purses in hand, in search of shelter.

Cynthia Scott’s 1990 docufiction Strangers in Good Company (originally titled The Company of Strangers) unhurriedly observes the octet over the next few days, as they make themselves at home in an isolated farmhouse, forage for food on the lakeside grounds, and share memories, philosophies, and fears while waiting to be rescued. The film is the only feature by the underappreciated Scott, born and raised in Winnipeg, who became a staff director for the National Film Board of Canada in 1972. She spent most of the next two decades producing and directing short subjects, both fictional and documentary, with a preternatural eye for small moments of insight. One of these, a 29-minute charmer called Flamenco at 5:15, about National Ballet students expanding their repertoire in the predawn hours, won her an Academy Award. By the late 1980s she was keen to try something new: a full-length film whose contrived premise—the unscheduled travel delay—offered an opportunity for hand-picked seniors, amateurs all, to share autobiographical, mostly improvised dialogues in a bucolic setting. (Only Michelle Sweeney, the soul singer who appears as the tour guide, has other acting credits; like her, all of the women in the film use their own names and life histories, and periodic cuts to old photographs reveal them in the bloom of youth.)

The film’s ensemble comprises a rich cross section of seniority, But rather than make a film about diversity as such, or a socioeconomic treatise like Michael Apted’s Up series, Scott perceptively renders one of the few motion pictures to posit age as an equalizer.

Scott’s casting calls were initially gender-blind, but as she told fellow documentarian Sarah Kernochan in a 2004 interview, “I would sometimes do an improv where I’d have three or four women and one man, and if there was a man in the improv the whole chemistry changed: the women became much more docile, much more coquettish, more passive and demure, and they would let the man take control. It clearly came from, I guess, their upbringing, in the times they lived through, but the man just took over, and these women and their wonderful spirits just disappeared. I thought: uh-oh, I don’t want this film to be a film about the battle of the sexes of people in their 80s. I wanted to see the potential of the characters and their humanity and their strength. So I just gave up men, so I could see the women be what they were, rather than these demure little silly creatures they became.” Scott also reflects that having a female “core”—including writer/associate director Gloria Demers, who died of lung cancer before the film’s release, and co-writer/associate producer Sally Bochner—helped to ballast the project against disparaging male feedback.

The film’s ensemble comprises a rich cross section of seniority, including a Mohawk elder, a lesbian painter, three émigrés from England, and a nun. But rather than make a film about diversity as such, or a socioeconomic treatise like Michael Apted’s Up series, Scott perceptively renders one of the few motion pictures to posit age as an equalizer. Differences in lifestyle, social class, occupation, and faith that might have seemed significant to these women at one time and kept them from becoming friends now break down like the bus that stranded them together. Come the morning, they all take their pills with water from the same mug. Perhaps the film’s key exchange transpires between the two companions most superficially different from one another: elegant, Philadelphia-born painter and feminist writer Mary Meigs and chipper Englishwoman Cissy Meddings, reminiscent of an aging but indomitable Mike Leigh heroine. At first the inquisitive Cissy fails to grasp why Mary’s past includes so few men, but when she’s finally told, bluntly but not unkindly, “You know, Cissy, I’m a lesbian,” her reply is a spirited “Oh, that’s good!” This leads to a comparison of Mary’s repudiation of societal censure with Cissy’s determination to regain her faculties after the stroke that nearly paralyzed her. By the discussion’s end, each woman plainly stands in awe of the profound yet understated moral courage of the other. 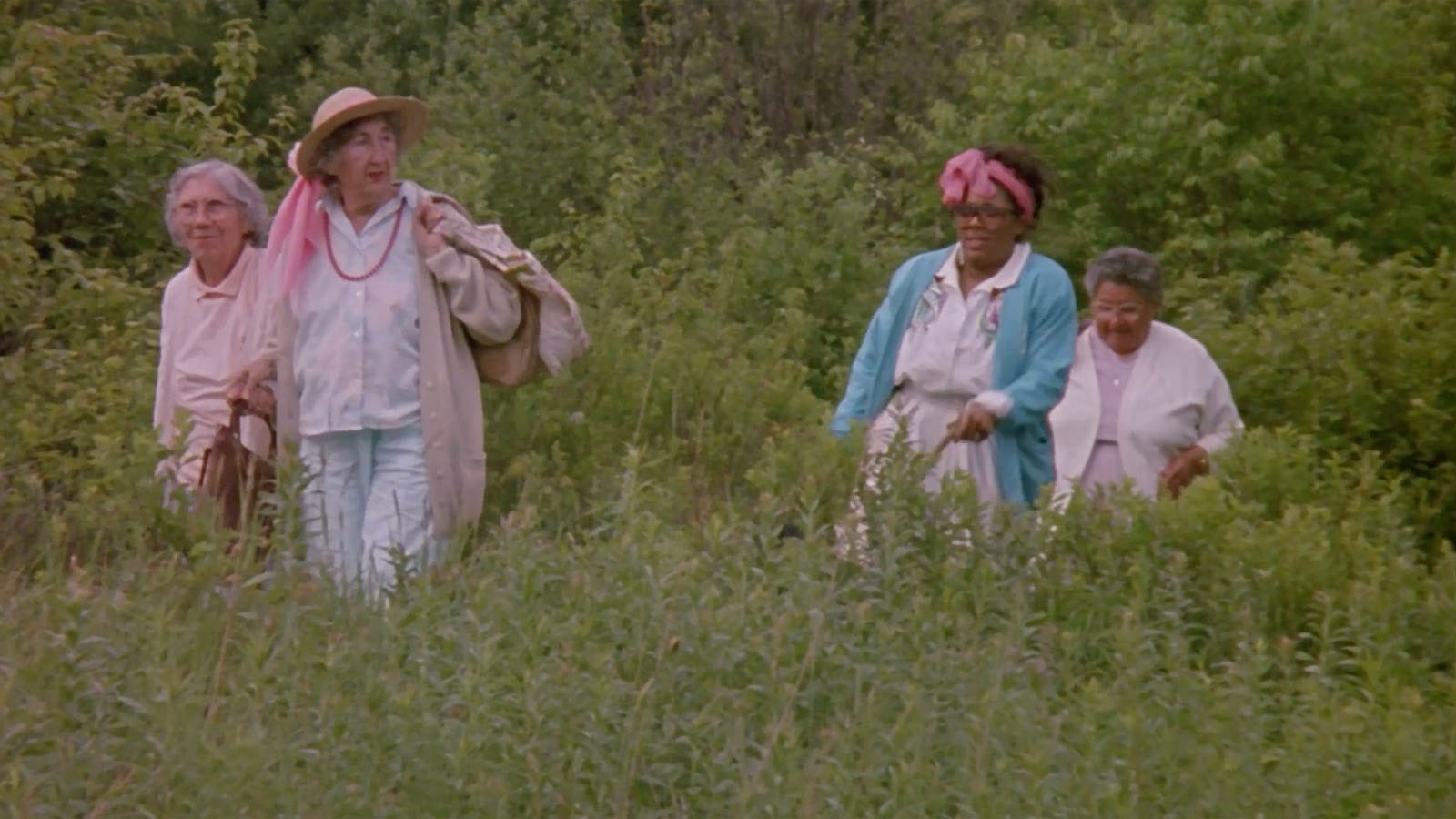 Strangers in Good Company lives up to its title as the fast-bonding collective amuse themselves with a capella renditions of swing-era hits (complete with dancing), attempts at catching dinner with a fishnet fashioned from pantyhose, and speculation over the utility of an iron sculpture found in a shed. Mary’s description of its pornographic nature, and Cissy’s elated response, debunk the Hollywood-forged myth that seniors are prudish of mind and chaste of spirit. This sentiment is restated in a minor key when three others—Alice, Winnie, and Beth—confess that they miss being cuddled and kissed, and envy the young people they see demonstrating their love. “You don’t lose interest just ’cause you’re getting older,” Winnie says ruefully. Earlier, Beth had stolidly recounted her lifelong inhibitions and shame (a wig conceals her thinning hair while her collar stays buttoned to hide a wrinkled neck), regret at missing a formal education, and spirit-crushing grief at having outlived her son. The tragic figures of Beth and Constance—the eldest of the group, whose desire to live has ebbed while the fear of death torments her—keep any threat of cuteness at bay, and exemplify the existential terrors of old age too often skirted by commercial pabulum.

Mostly, though, the new friends are quite content with their woodland idyll—and thanks to National Film Board veteran David de Volpi’s placidly gorgeous cinematography, it’s hard to imagine a lovelier place to be frozen in time than rural Quebec. While all of the elderly strangers may be gone now, they too are frozen in time by Scott’s sensitive and affectionate film, more multidimensional and teeming with life than when they posed for their youthful portraits. •

Steven Mears is the copy editor and a frequent writer for Film Comment. His concentrations include cinematic treatments of old age and legacy interviews with industry icons. 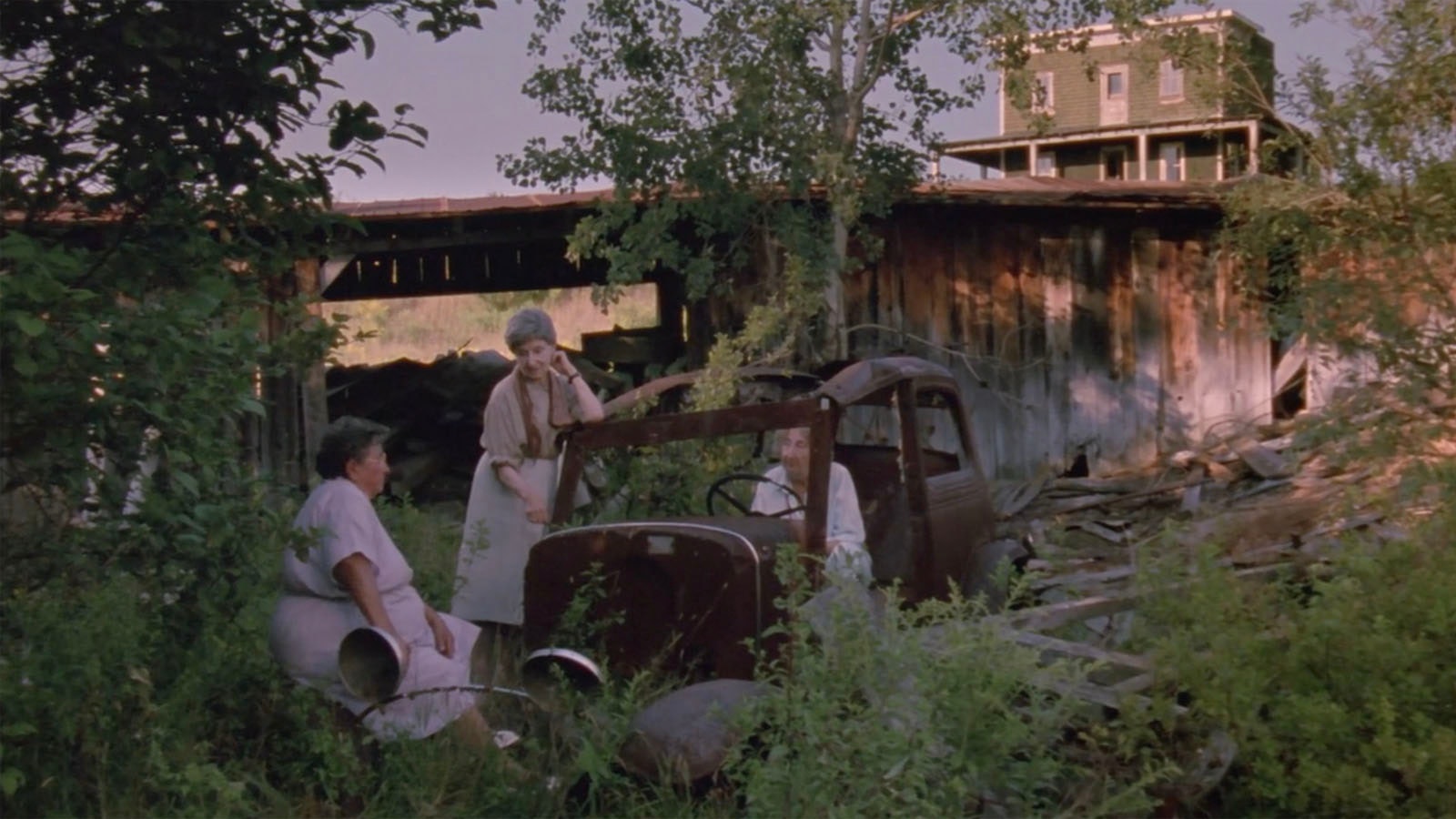 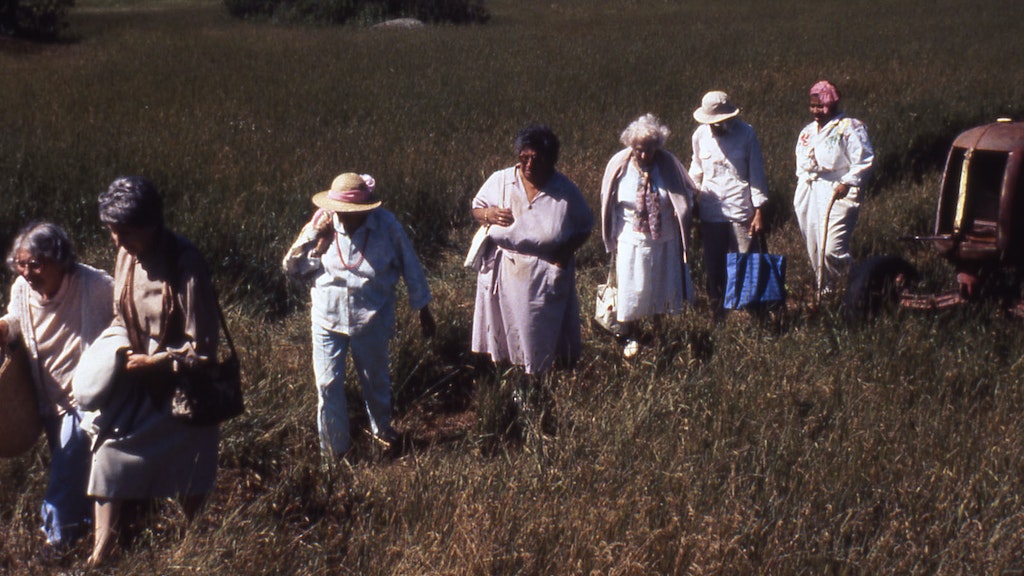 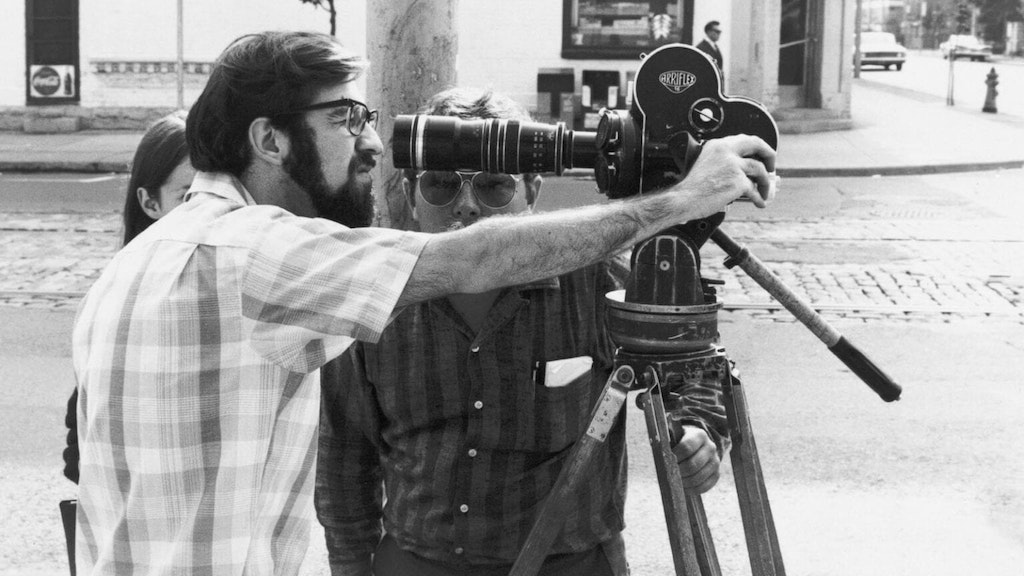 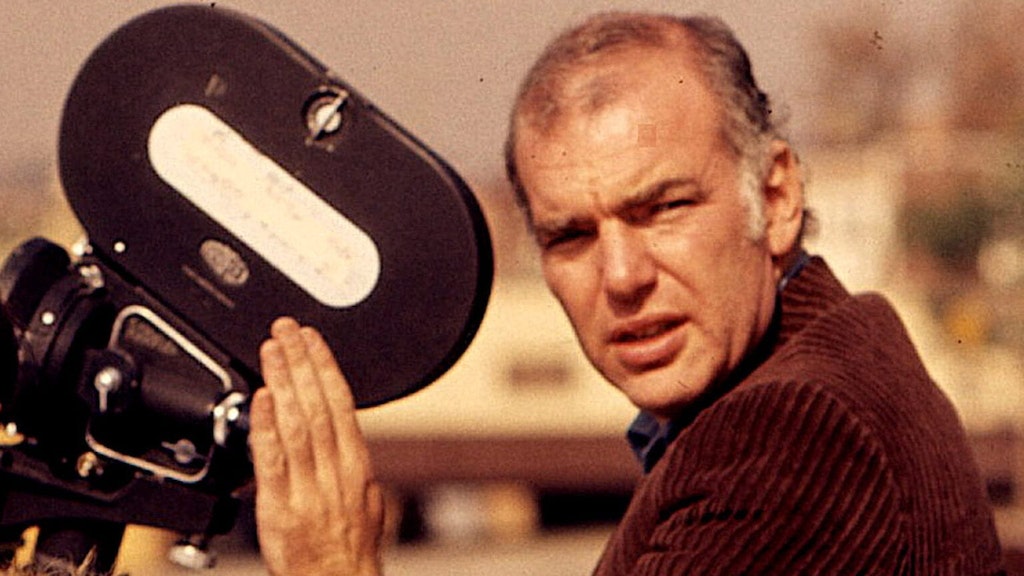