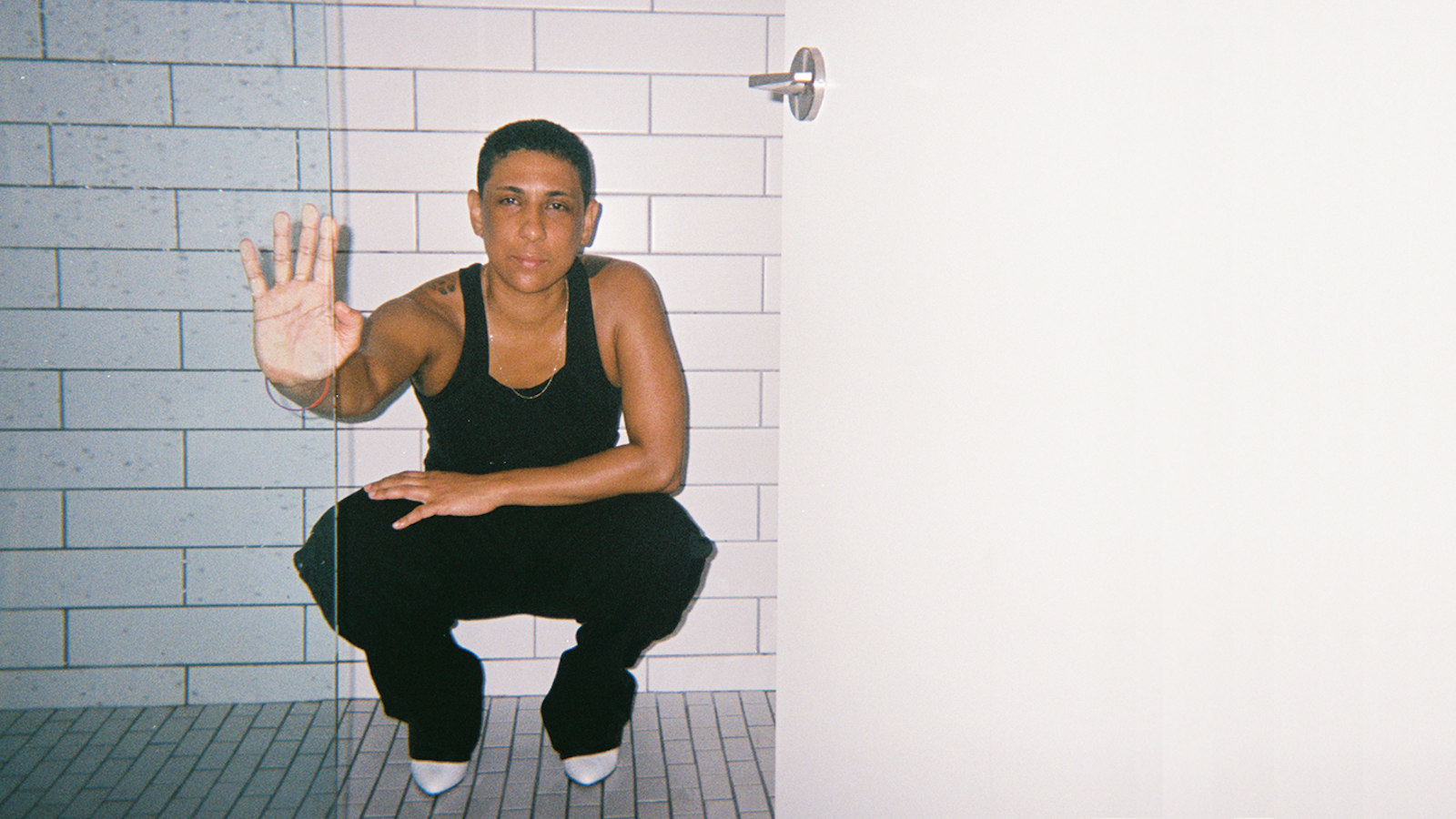 “There’s something about a shared sexual experience.”

An interview with director Leilah Weinraub.

Shakedown screens at Metrograph through June 26, as part of Muff Dives: The Dyke Bar in Cinema. 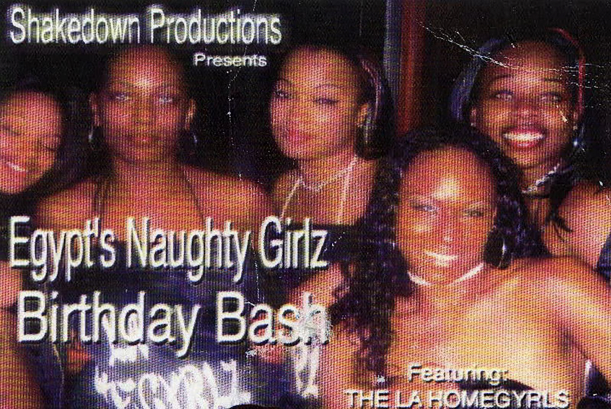 Leilah Weinraub’s remarkable 2018 documentary Shakedown invites viewers into the intimate and charged space of the titular Black-owned and -operated lesbian strip club in LA. Using footage from its early days in the ’90s alongside the director’s own self-shot footage in the 2000s, the film is quite literally a mixtape, a dance number, and a sensory and narrative history of a space and the sexual world that accompanied it. Never losing sight of the material facts of labor, dancers, and clientele that made the now-shuttered club possible, the film drips with desire and points its way towards a new kind of feminist politics that is inseparable from the pleasures of and in the female body.

JDR: There’s been a vogue this last decade or so for “immersive documentaries,” like those of the Sensory Ethnography Lab out of Harvard, which are more about what a place looks and sounds and feels like than in a traditional documentary. Your film evokes space so strongly through your use of DV tape, and through your use of music, your sound design. Music is kind of the narrative of the film, and dance is as real an action as anything else that we see. I’m interested in how you came up with the structure, interweaving dance, music and a more traditional narrative?

LW: Let me think back. I was talking to someone I met yesterday, a teacher and a scholar, about that lesbian porn publication On Our Backs. Today I was thinking, it’s impossible to get it, to understand what On Our Backs was doing and what work I was doing, and who I was talking to, without really knowing the history of the feminist press, and learning about and knowing about Off Our Backs [a feminist journal that On Our Backs riffed on the title of]. And also [learning about] the culture that was inside of those rooms and their mission, as a newspaper or magazine. And the roadblocks they had, like culturally, inside their own community. To understand this moment in sex or in lesbian pornography, you would need to go back to the more political framework that it was birthed into. So I guess with Shakedown, it was important for people to be delivered. The idea was to be delivered into the world of Shakedown with minimal intervention, but also to be placed within the context properly.

“It was really cool when the film was on the festival tour to feel the room, when people were getting scared or uncomfortable or just excited. What’s the word? Stimulated.”

JDR: Yeah, you really feel in the film how the people, space, and history all come together to make this specific moment all these women share in. I recently was editing a one-hour piece for Telfar TV of a night by House of Doms in Atlanta, which is a contemporary lesbian stripper night. And it was really interesting going back to Shakedown after having edited that piece, and realizing how much their routines in Atlanta are coming out of the routines in LA. They’ve updated them, but you see a lot of the same stuff. These specific dances, props, outfits and so forth are being carried on as, like, a cultural object, but endlessly reworked.

I just really love the way that Shakedown exists in a very specific moment in this Black lesbian history, but watching it, you feel that moment speaking to us, particularly through your sound design. The film feels incredibly contemporary, even though it’s using footage from the ’90s and 2000s.

LW: Thanks. Somewhere in the making of the film, I was given the footage from the ’90s, by a person who had a club back then. And I started filming at the end of 2002. And we didn’t finish editing it until 2018, you know?

JDR: Your aesthetic vision is so strong in conversation with theirs. It’s a film about these several different stages, and also about now.

LW: I don’t think it’s had its full moment yet. People know about the film, but it’s not exactly like—do you know what happened with Paris is Burning (1990)? I think that actually was a hit when it first came out.

JDR: I think that was a hit right away, yeah.

LW: Shakedown was successful and people know about it, but I don’t know, it’s a little different. Basically, my idea was to update the form. Almost to, like, come for Paris is Burning and Hoop Dreams (1994), to make a labor documentary that is truly trained on the moral imperative of documentary labor films. The political nature of those films is so urgent that they cannot suffer to be boring, you know? This needed to work in a pop way, or else it loses its political strength. The aesthetic goal was to make sure that it would last, and that it wasn’t in the more didactic form of documentary film derived from, like, HBO. It is just actually more verité. 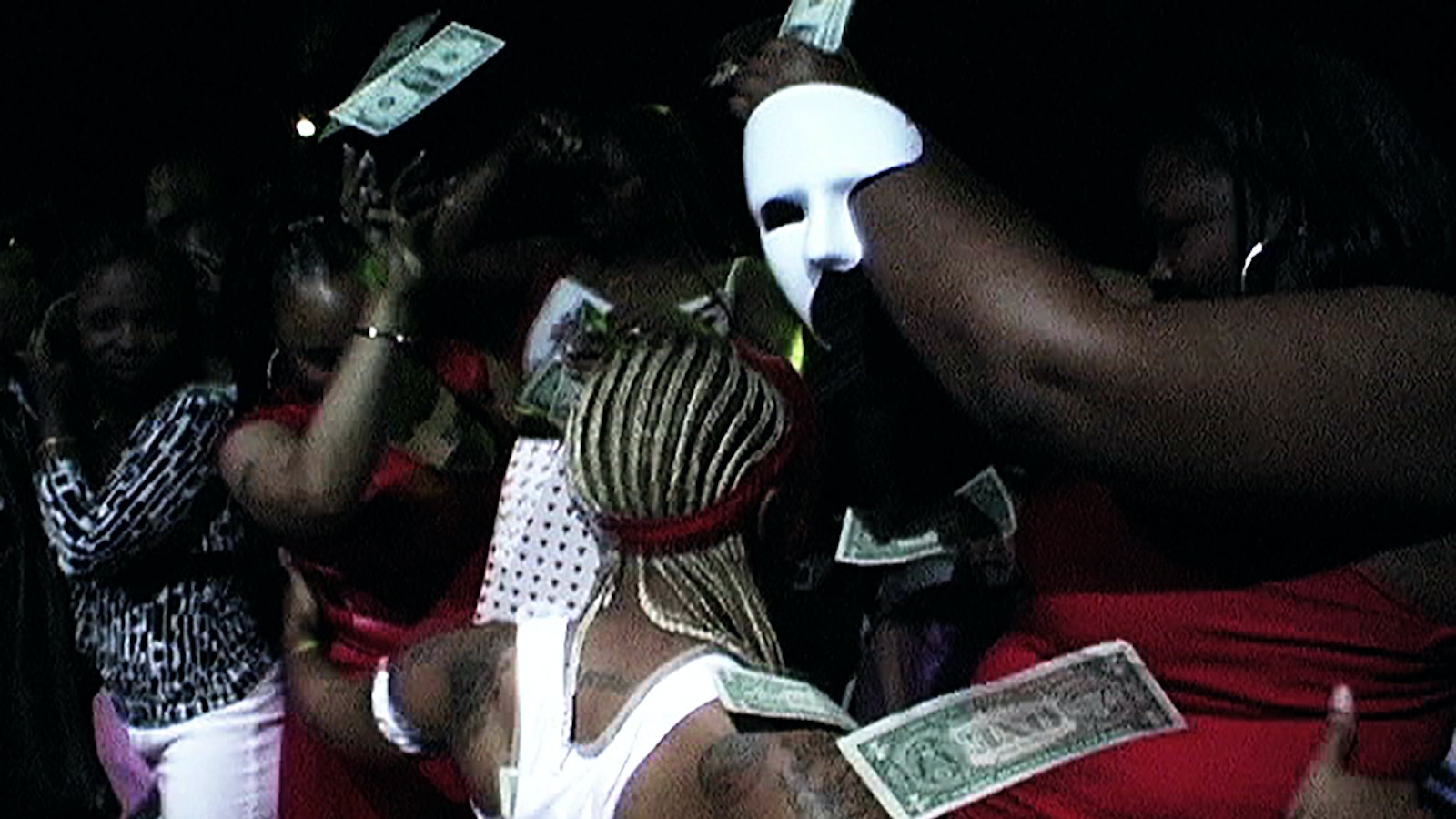 JDR: Desire is working very strongly here, much more than it would in an HBO documentary. You’re allowed to see the ways in which the performers generate desire, and, as an audience, we’re allowed to share in that desire.  This film is so invested in the legitimacy and the politics of sexuality as something good and useful in itself.

LW: My job as a filmmaker was to portray accurately what was happening in the room. Egypt [one of the dancers] is a person who really can control the energy in a room. And there’s something about a shared sexual experience that’s so unique. She comes in, kind of dominates, and at the same time teaches you how to interact with her. But also the public experience, it’s just very queer, right? I guess in movies that happens, too, where there’s a sex scene and everyone’s having an erotic experience at the same time. It’s live [in the dances], and it needed to happen in the experience of watching the movie, too.

There’s a movie about this really important club in LA called the Jewel’s Catch One. And it’s just legend. Everything that’s ever happened in Los Angeles happened there. But the documentary kind of skirts over the things that were happening at the gay place. Sex happened there! You know what I mean? It’s like, you get to either imagine sex, or have it there—and that’s a big deal. It’s not how gay places are in high school, where they’re drop-in centers, that’s a totally different thing. That’s about community and health and well-being. This is also, but to sanitize it and make it just a vague thing about community…

It’s not social work. A lot of people that are in that space do social work during the daytime. But at night, this is a space for entertainment, and that’s valid. And so, I wanted to show Egypt properly. She’s not a person that just wants to be “pop” famous. She wants to be infamous. She models herself on gangsters. I didn’t want to ignore what her performance is, I wanted to show it really clearly. It was really cool when the film was on the festival tour to see and just to feel the room when people were getting scared or uncomfortable or just excited. What’s the word? Stimulated.

JDR: It works. I think you also feel how sexuality feeds into the social work, right? They exist alongside each other. You need both. Maybe it’s just because I was watching the film during the pandemic, but I was like, damn, it’s a lot harder to do social work without sex. Without these shared sexual spaces.

LW: Literally. Also, from a radical activist perspective, [spaces for sex] feel like a necessity. In that moment, it was a luxury. And today, without it, it feels like something is really missing, you know? It makes me think, is it a luxury or is it actually a necessity?

JDR: Or are certain forms of luxury necessary?

LW: Yeah, I was trying to define what a luxury is. I think that the way gay guy culture has made sex not just a luxury but a kind of daily practice is cool.

JDR: Maybe we can have a luxury daily.

JDR: I also really love the way that gender nonconformity and transness exists in the film; it’s not underlined, but it exists very materially in the fabric. You just see it. I found that very refreshing, to be included in this space without having to be highlighted. But also, there’s lots of other forms of gender nonconformity in it, besides trans womanhood. How did you approach these varying gender expressions in the film?

LW: It was always so upsetting to see [films and media] and to not really see the full expression of what it feels like to be inside of a lesbian space. It’s so hard—once you start like, doing it, then it does that thing of underlining. Trans women were a huge part of Shakedown. To not tell that story is lame and inaccurate. Mahogany [a trans woman who is a central dancer in the film] identifies as a lesbian and has such an interesting relationship history. At some point she was married to this butch lesbian and they had two kids together. But she also comes from not even just ballroom, but drag culture—she brings that aesthetic. I was trying to show that the performance at Shakedown was a high femme female persona, and that definitely is informed by and includes [drag and ballroom]. Trans women are always offering new ideas on that, too. So it’s a collaborative effort, to keep re-making this persona over and over again.

JDR: It’s such a joy to see the women in conversation around this in the film, and even squabbling over it sometimes.

LW: It’s everything, actually. It’s literally what makes the world go round… Egypt and Ronnie [the organizer of the club] are still in the entertainment world, and you can follow them on Instagram. And I feel like they love to hear [from viewers]. The film has played way more in the rest of the world than it has in Los Angeles, so I try to let them understand that a lot of people have seen it and know who they are. I think it’d be good to reach out to them.

I think we’re at a place in LA where a lot less is possible, but still it feels like anything is possible. I don’t want to say there’s nothing going on, but some real decisions need to be made about how we want to live, and some ideas offered. Like, here’s a new concept, you know? It feels like it’s right about time.

JDR: I think I would say something similar about New York—

JDR: But at least we’re showing this movie more, I guess, that’s good on us.

Jessica Dunn Rovinelli is a director, editor, and writer living in NYC. 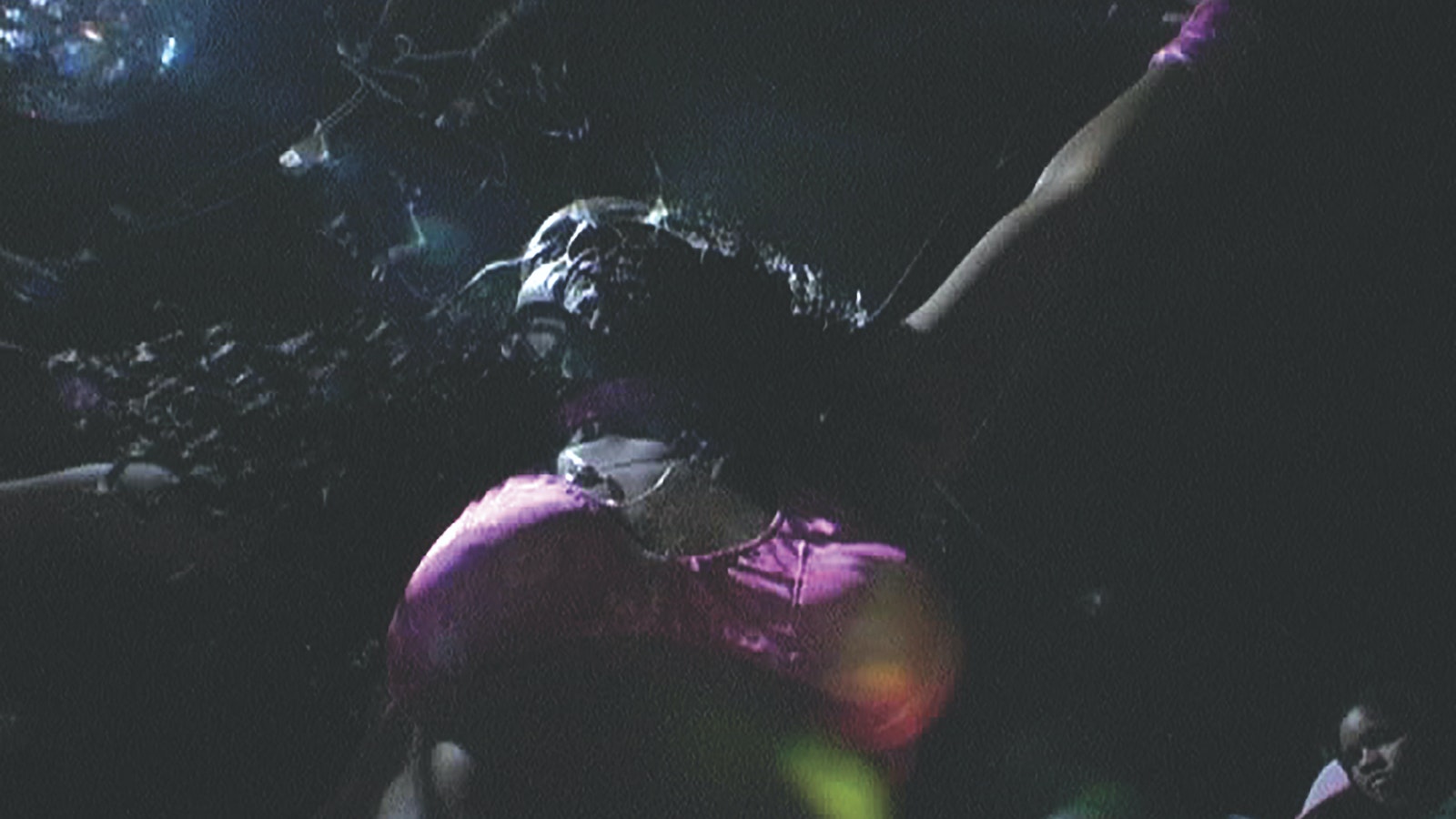 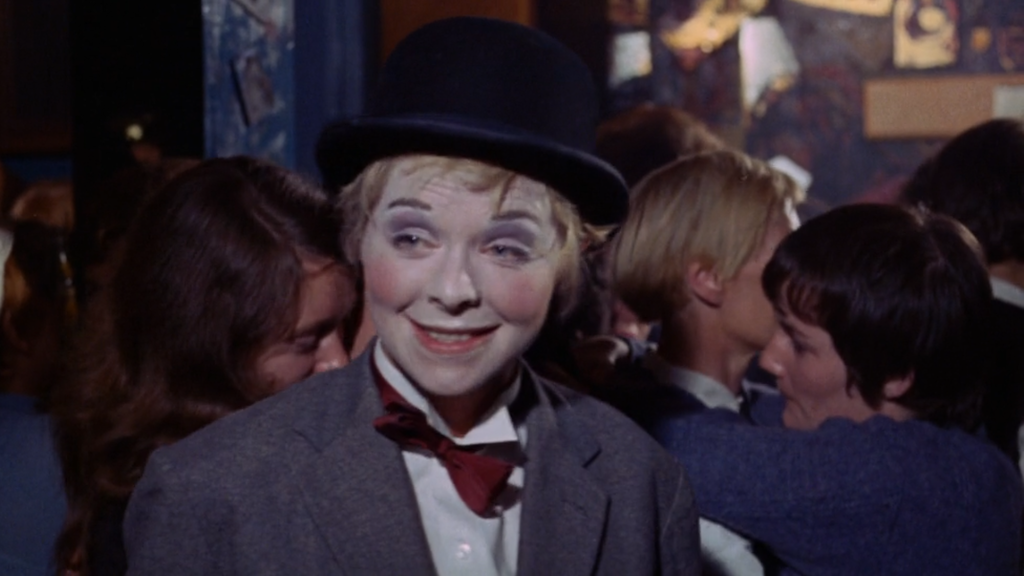 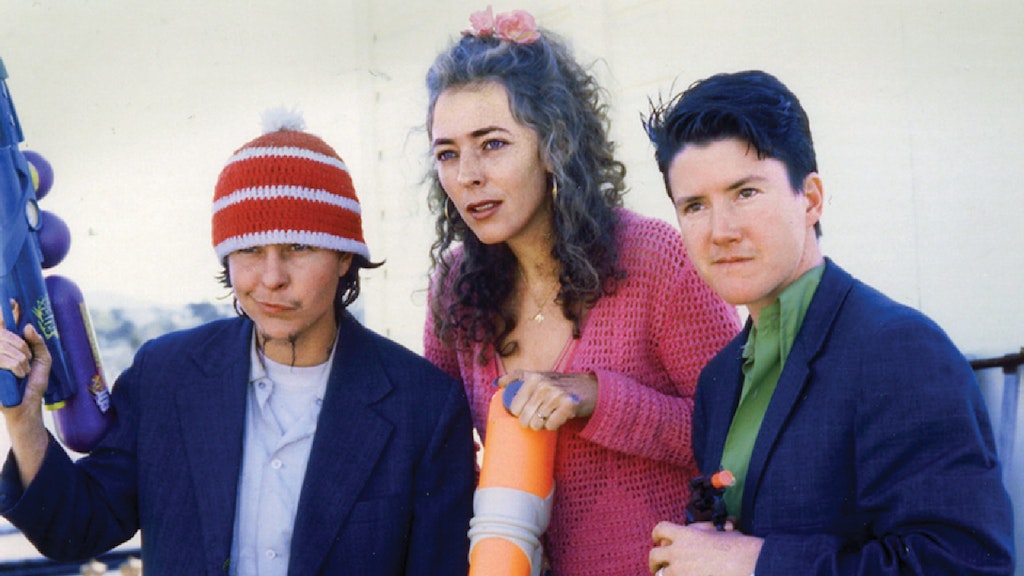 “Who doesn’t love a buddy movie with sweet, weird characters?”