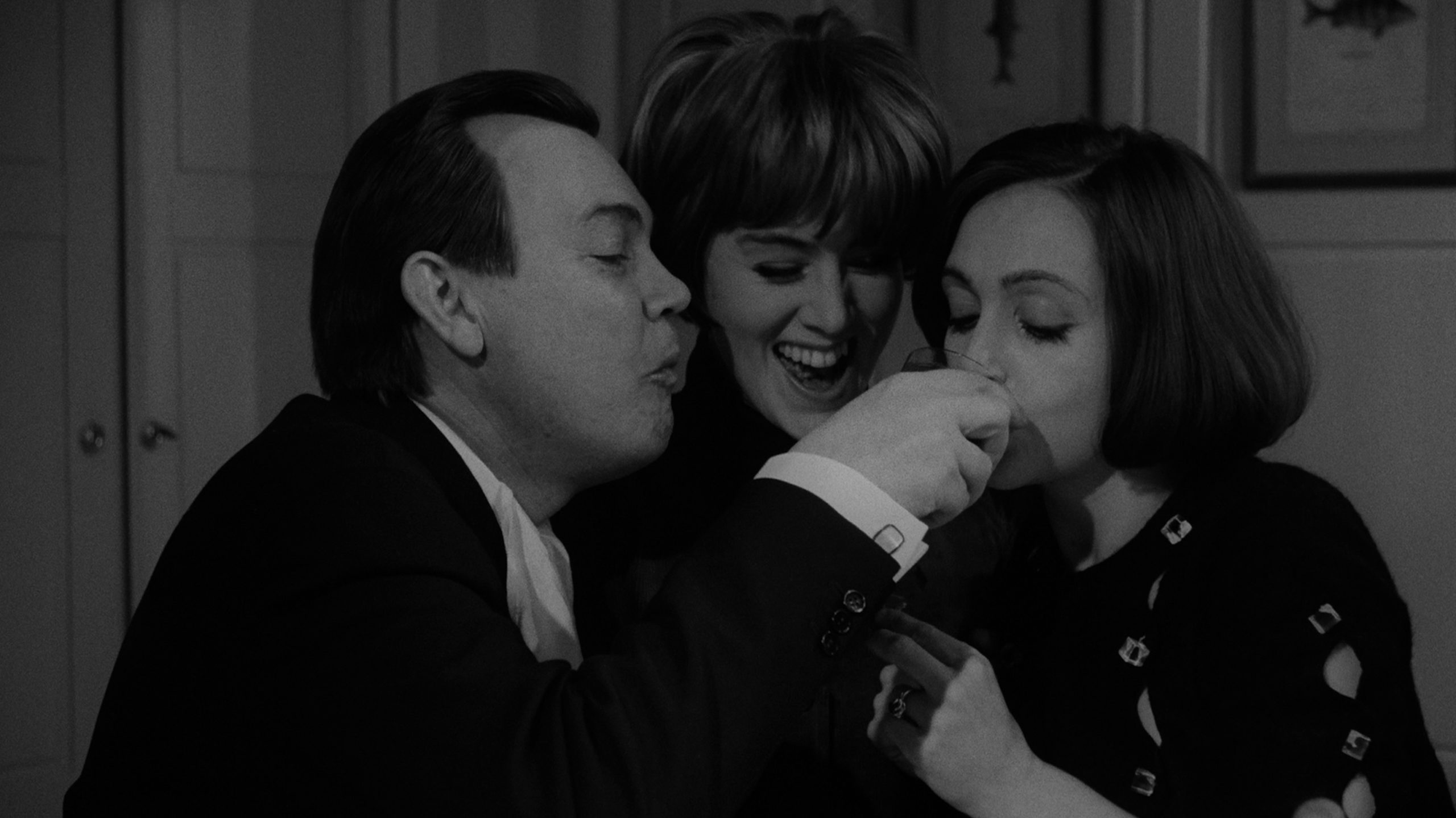 Written New York in 1969, this intro appeared in the Noonday Original Screenplay edition, published in 1970 and now long out of print. 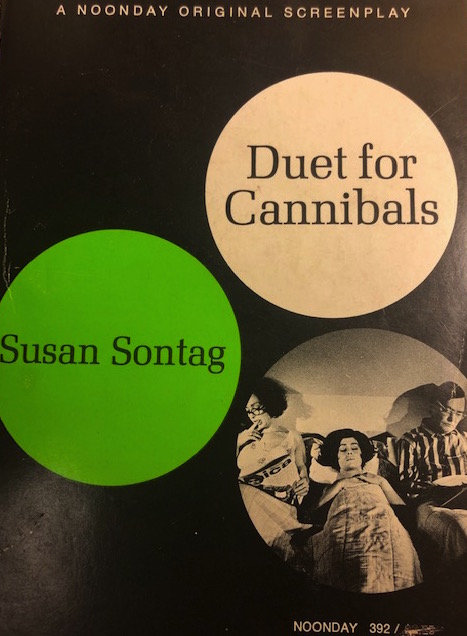 The first version of the script Duet for Cannibals, which I wrote in Stockholm in August 1968, was an old-fashioned, numbered shot-by-shot découpage, each page divided into two columns, with an image on the left and the dialogue plus sound effects on the right. What follows is the second version, written in early September to facilitate work with the actors, in which I eliminated much of the explicit visual material (indications of how the image was to be framed, specifics of camera movement) and added descriptions of the décor, clothes, and of the characters and their moods.

While preparing this second version of the script, I was also choosing the locations and completing the casting. Agneta Ekmanner, who plays Ingrid, had already agreed to take part in the film in May, during my first, brief visit to Stockholm, when I only had a rough idea of the story in my head. I had asked Adriana Asti to be in the film in July, when I was in Rome, and the part of Francesca was written for her. Gösta Ekman, who plays Tomas, and Lars Ekborg, who plays Bauer, were cast in September.

Filming took place on locations in and around Stockholm in October and November, over a period of six weeks. We had thirty-four shooting days. The film was shot in black and white 35mm film with one Arriflex camera; all the dialogue and most of the effects were recorded direct with a Nagra. Since Duet for Cannibals was, as the expression goes, edited in camera, the actual editing, done in February and March 1969, went fairly smoothly. The first screening was at the Cannes Film Festival, under the auspices of the Quinzaine des Réalisateurs, in May 1969.

Although fortified with a detailed script when I began shooting, I had expected that many elements would be altered or dropped in the course of the shooting, and many new things invented and improvised by myself, the cameraman, and the actors. To my surprise, very little of this happened. I was not conscious of feeling, as the film’s director, any particular loyalty to myself as the author of the script. But as we began working, and especially when I saw that the actors felt that the script was sound and their roles performable as I conceived them, there seemed no reason not to follow the script closely throughout the shooting. Because this is what did happen, I’m now publishing what I wrote in September, despite some tiny discrepancies between the script and the final film, rather than a new, third version. The only change I’ve made now is to omit eleven sequences (the original script consisted of seventy-five sequences), which I dropped in the editing—in most cases, to keep down the film’s length; in two cases, because the sequence simply didn’t work. I had wanted Duet for Cannibals to run no more than 95 minutes; in the final editing I settled for 104 minutes, though now I regret not having been tougher with the film and sticking to my original resolution.