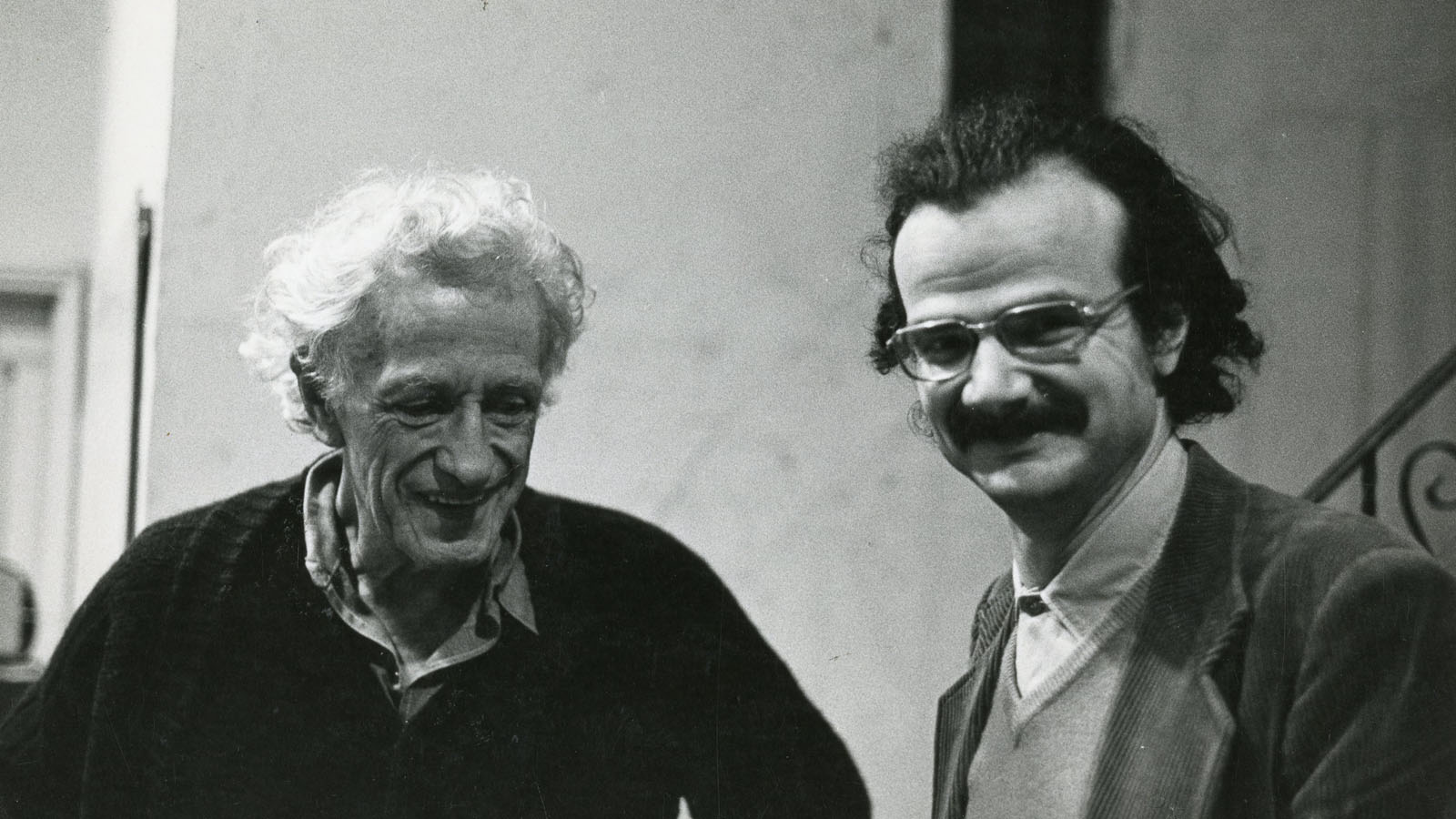 An appreciation of legendary film critic, and beloved
friend, Serge Daney. This piece, written June 21, 1992—nine days after Daney’s death—was originally published in Cahiers du Cinéma; this is the first time it has appeared anywhere in English. 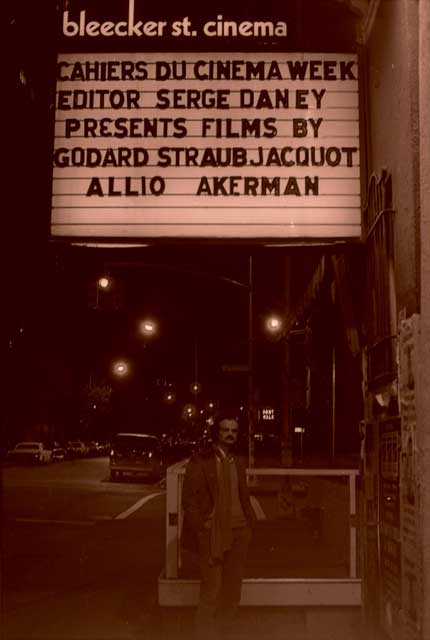 I met Serge in the summer of 1967. He showed up in Sidi Bou Said in the big white and blue house overlooking the Bay of Tunis. He seemed to have walked right out of a John Ford movie, with his Irish cap and his elegant gentleman farmer gait: he smoked nonstop and talked a blue streak about politics, cinema, sports, and politics in cinema, and sports, and cinema—it was astounding.

As with Le Grand Meaulnes1 (Serge would laugh if he heard me make this comparison), the house in Sidi Bou Said and its occupants were captivated, as if under a spell. He was 22, he was reading Stevenson in English, rolled his cigarettes, and a week after he arrived, he was conversing in Arabic with Aluma (the Light), the house’s caretaker.

At the time, it was rare for a cinephile to travel like that, with next to no advance warning and very little baggage, making such meaningful and personal remarks about film. For him, this trip was the beginning of a huge trip across the planet, and he would always send me a postcard from the four corners of the earth.

Ten years later, I invited him to my movie theater, the Bleecker St. Cinema, to introduce the first Cahiers du Cinéma week in New York. It was a great success, the theater was packed every night, and Serge spoke both before and after the movie was screened. It was always enriching to discover new things in the work of filmmakers I knew well, or with whom I had worked, like Jacquot, Akerman, Duras, Rivette, and Godard: Serge always had a personal commentary to share. Serge knew how to enthrall an audience and his listeners gained a lot.

SERGE seemed to have walked right out of a John Ford movie, with his Irish cap and his elegant gentleman farmer gait: he smoked nonstop and talked a blue streak about politics, cinema, sports, and politics in cinema, and sports, and cinema—it was astounding.

I had secured him invitations to four or five cities in the United States. He accepted the invitation with enthusiasm, despite how tiring it would be to zigzag across vast America. He called himself a traveling entertainer with the Big Circus of Cinema, that auteur cinema he championed, and that now seemed like an endangered species. His English was very refined, and cultured. Americans like Bill Krohn, Jonathan Rosenbaum, Jim Hoberman, and the great Nicholas Ray, who was still alive at the time, were in seventh heaven when they listened to him.

Words are what seem abruptly to have disappeared with the news of his death, those words and finds “à la Daney” that will no longer come to be. One day when we were going swimming in Sag Harbor, I told him that in general Americans lack an aesthetic sense. He answered me softly, like a wise man thinking out loud: “That’s normal. Americans don’t know the limits of their own bodies.”

This may seem a platitude to anyone, but in losing him, I’m losing my “big brother” in film, my irreplaceable, only brother. •

Translator’s Notes: The piece’s French title is the far more flavorful but difficult to translate “Le Saltimbanque.” A “saltimbanque” is a traveling performer or merchant who entertains crowds in fairs or city squares with acrobatics or verbal patter. In some contexts, the word can be likened to the term “charlatan.” It is also used, in a slightly pejorative and old-fashioned way, to refer to anyone in show business. “Saltimbanque” is the word Daney is quoted using when talking about the Big Circus of Cinema.

1 In the hugely popular French novel Le Grand Meaulnes (Alain-Fournier, 1913), protagonist Augustin Meaulnes is a magnetic and mysterious teenager who enthralls his classmates. 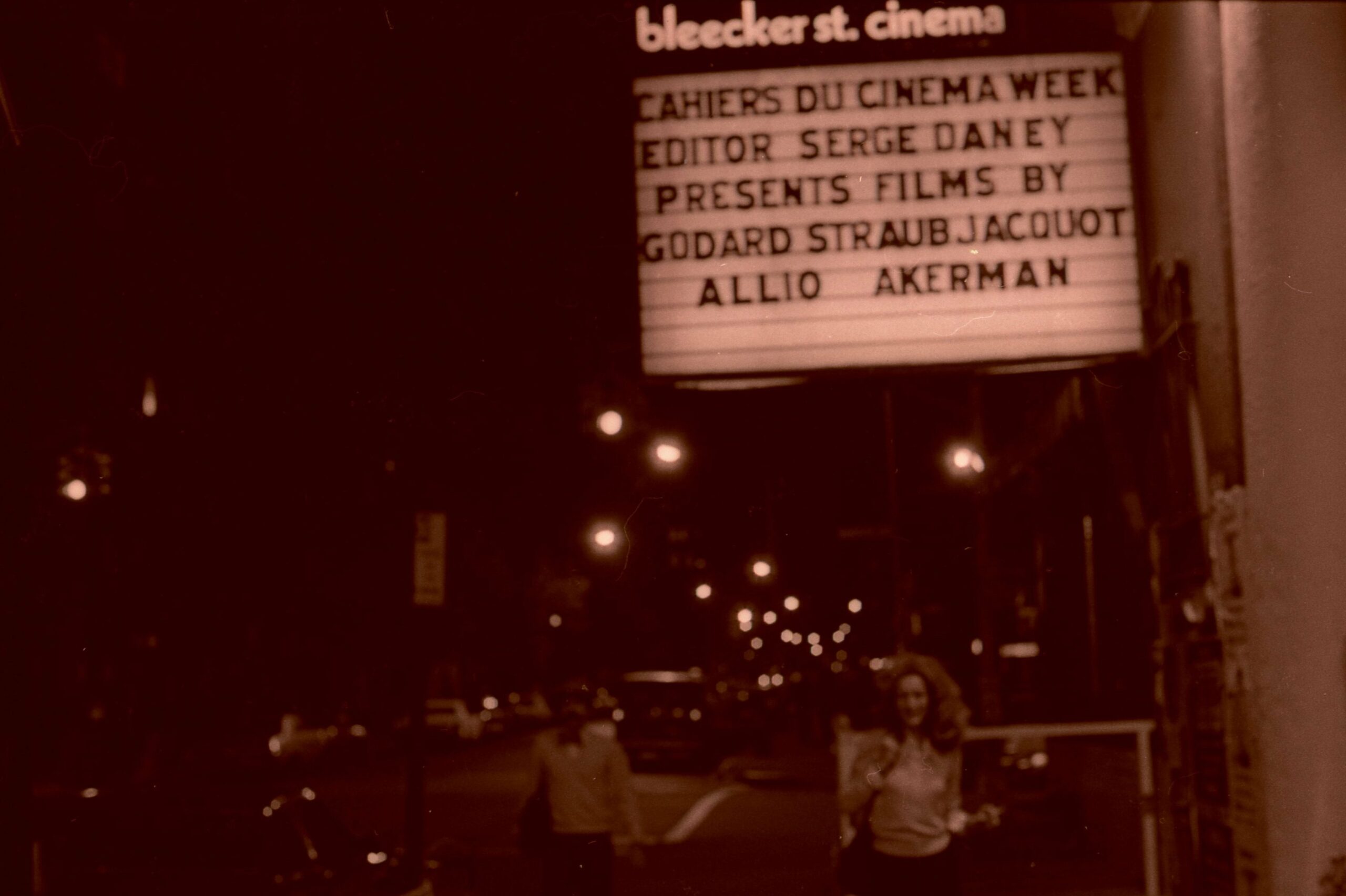