THE SHORT LIST
PRESENTED WITH THE DEPT. OF MOTION PICTURES
February 7 – AUGUST 7 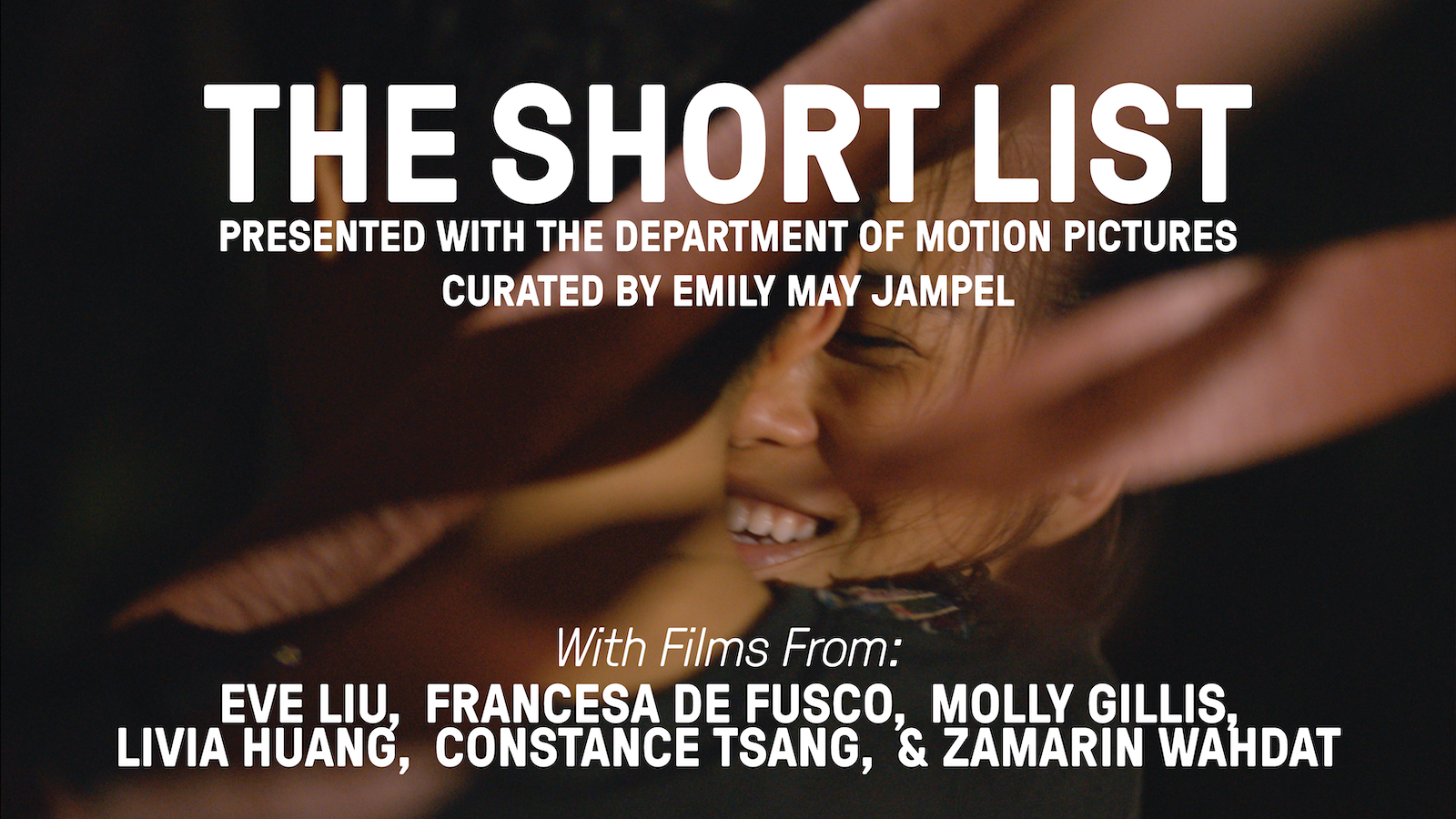 Metrograph and The Department of Motion Pictures present The Short List, a collection of the finest short films from the past year curated by Emily May Jampel.

Collectively, these six films cover a range of styles and genres, intimately exploring the depths of young individuals at pivotal points in their lives and relationships with people closest to them. We follow them through present-day New York City, 90s Germany, a farm commune in the south of France and a mystical land between the East and West, as they search for connections and answers through their lovers, enemies, family, and within themselves.

These films premiered this past year and have played at festivals around the world including Berlin, Sundance, SXSW, Palm Springs, Champs-Élysées and New Directors / New Films, representing some of the most exciting new voices in independent cinema.

The Short List is presented in partnership with the Department of Motion Pictures, the award-winning production company behind films such as Beasts of the Southern Wild, Wendy, Patti Cake$, Monsters & Men, Bloody Nose, Empty Pockets, and the Gotham Award-winning series Philly D.A..