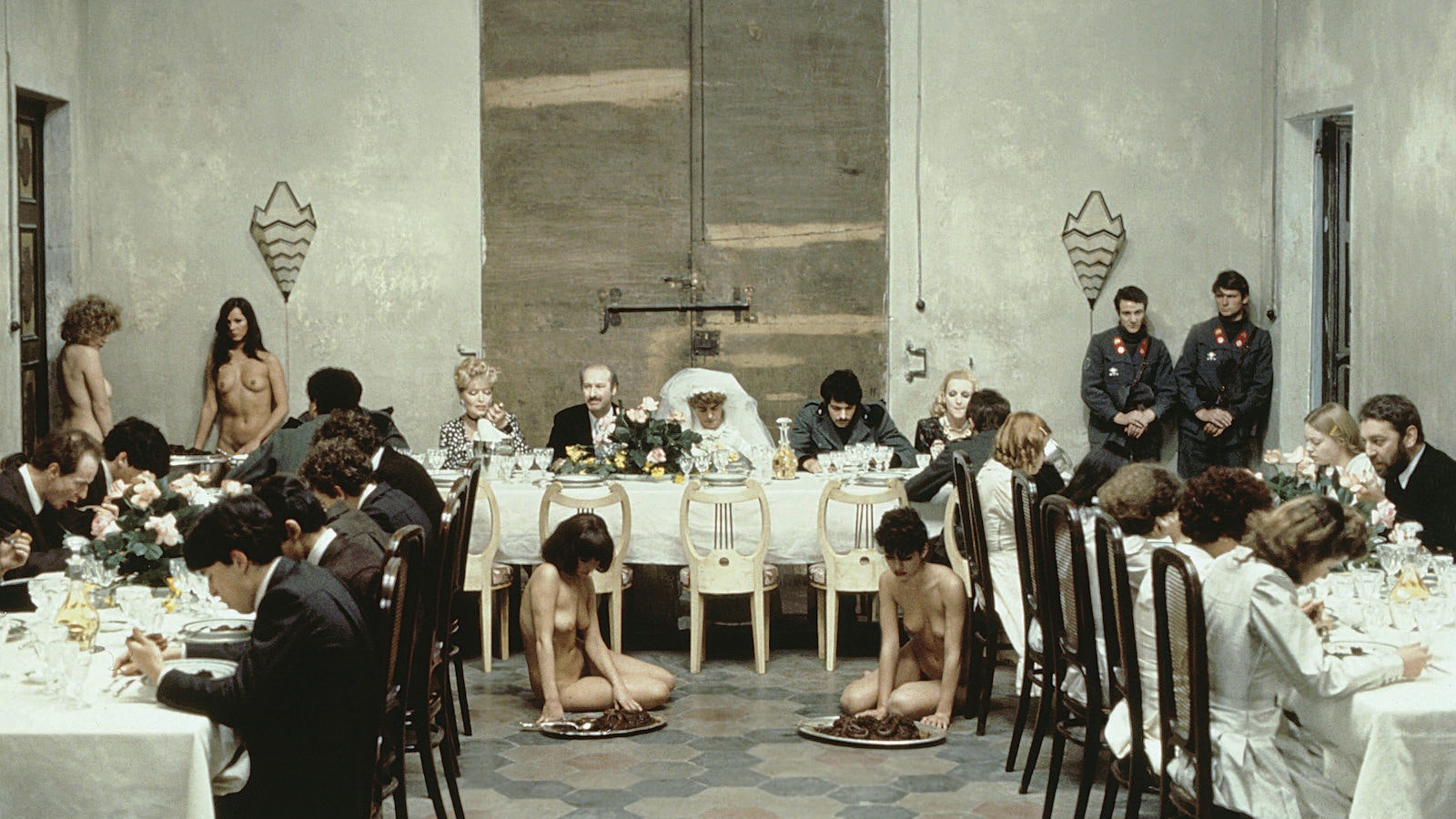 On Salò, an adaptation of the Marquis de Sade’s vicious masterpiece, and the last film made by Pier Paolo Pasolini.

This essay appears in Fire Season: Selected Essays 1984 -2021. The book will be published in April by Seven Stories Press and is available for members to pre-order with free shipping from Metrograph Editions. 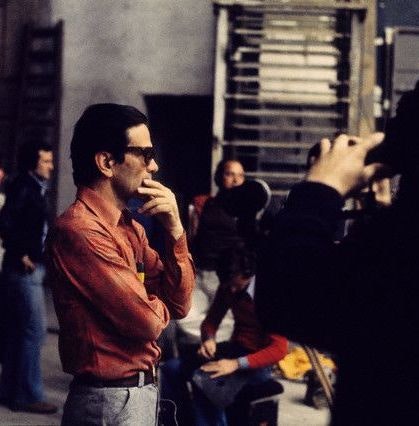 The essays by Simone de Beauvoir, Pierre Klossowski, Maurice Blanchot, Philippe Sollers, and Roland Barthes cited in the film’s “bibliography”—an unprecedented title card, underscoring the thesis quality of Pasolini’s film—are justly famous, difficult, even irritating in their complexity; we may or may not be familiar with them, but Pasolini assumes a far greater familiarity than most filmgoers would venture, an intense involvement that assumes an interest in the questions they raise.

Yet such an involvement would require a special temperament, much like Pasolini’s own. We recall that the filmmaker’s first poems were written in Friulian dialect, that he was preoccupied with linguistic questions throughout his many years of productivity in many media (newspaper columns, journals, novels, film, poetry), that Salò was preceded by numerous efforts to depict what Barthes calls the rhapsodic epic.

And there, to be honest, this viewer confronts his own nervous sense of the texts, the body of work they address or speculate about, almost the wish that Pasolini had simply smeared his canvas with his own “manias,” as many assumed that he had when, several months after this film was completed, he was murdered, quite grotesquely, on the beach in Ostia.

It’s a peculiar demand for a film to make, even in the form of “suggested reading,” and Salò demands a lot from any audience without a bibliography. It drags us through an ordeal that many find unendurable, in certain ways a harsher ordeal than that of reading Sade himself.

If the exegetes of Sade agree on one thing, it’s the “ordeal” quality of Sade’s writings. Whether we agree or not with Sollers that “we have not yet decided to read Sade,” and, moreover, that it’s because “the reading we should be able to give Sade does not exist within this society and this culture,” that Sade “represents a radical denunciation of the kind of reading we still perform and project indiscriminately”—this is perhaps not the point that most occupies our attention.

What Salò shows, and what it never shows, aren’t exactly the same thing as what’s present in the Sadean dramaturgy, and what’s absent from it. In Sade’s writings, the sexual acts Pasolini’s film shows in a peculiarly unexplicit way are “shown” by the writing—the text describes for us the collision of organs and orifices that Salò, except for the tortures unto death at the end, depicts by way of “suggestion,” though if we were to say what happens in a scene, the language might be closely similar.

Like Sade, Salò is a conjuring act, but a different one, the record of an artificial spectacle, staged with chocolate excrement and artificial sexual organs, a “special effects” cinema in which nothing is what it appears to be.

Like Sade, for whom the act of writing is no ordinary act but a defiance of circumstance, the literal text is already a substitution. Like Sade, Salò is a conjuring act, but a different one, the record of an artificial spectacle, staged with chocolate excrement and artificial sexual organs, a “special effects” cinema in which nothing is what it appears to be.

In the spirit that Sade, quoted by Beauvoir, has “imagined everything conceivable in this sort of thing,” but has “certainly not done, and certainly never will” do everything he’s imagined, Pasolini presents us with an idea of the thing he pictures, a re-presentation, a faux-everything game performed in mirrors and obscuring long shot (the libertine pile-up on Sergio’s “wedding night”) or horrific, “impossible” close-up (the chocolate mess on everyone’s face at the Banquet of Excrement), with studio bullet holes (the riddled corpse of the single defiant militiaman), or, at the finale, reverse-telescoped, yet obviously fake, scalpings, burnings, and hangings in the villa’s inner courtyard—the enactment of horror takes the place of real horror.

Our understanding that this spectacle has been faked is presumably the only reason we can watch it; if it purported to be “true,” or so we might assume, the film would have deserved the prosecutions and bannings it encountered when it was released into the world, in very limited circumstances, and Pasolini might have deserved the charges of obscenity, pornography, and what have you that arose from it.

Instead, and this is one function of the bibliography, we’re asked to look at the conceptual scheme behind the acts we’re obliged to witness. From the outset, when the four libertines agree on the strict rules to be followed by everyone at the Chateau of Silling—in Salò, the nameless villa, but like the Chateau, a place where the victims have been subtracted from the world, removed from the context of their lives, where nobody knows they still exist and therefore they are, as far as anyone is concerned, already dead—we’re in the realm of the metaspectacle, as Barthes virtually diagrams it in Sade/Fourier/Loyola, a clockwork mechanism in which each element has some recognizable function, a perpetual motion machine.

As Pierre Klossowski illustrates in Sade, My Neighbor, the Sadean text is an act of inverted religiosity. The atheism espoused by the libertines is in some sense flawed by their own extreme rationality, since Sade’s protagonists are caught in the paradox of defying something they declare doesn’t exist.

Pasolini’s own ambivalent relation to Christianity necessarily comes to mind. It’s impossible to watch Salò without the troubled awareness that the same director who made it filmed The Gospel According to St. Matthew, and this awareness makes us doubly attentive to the film’s transgressive movements, from mania to murder. 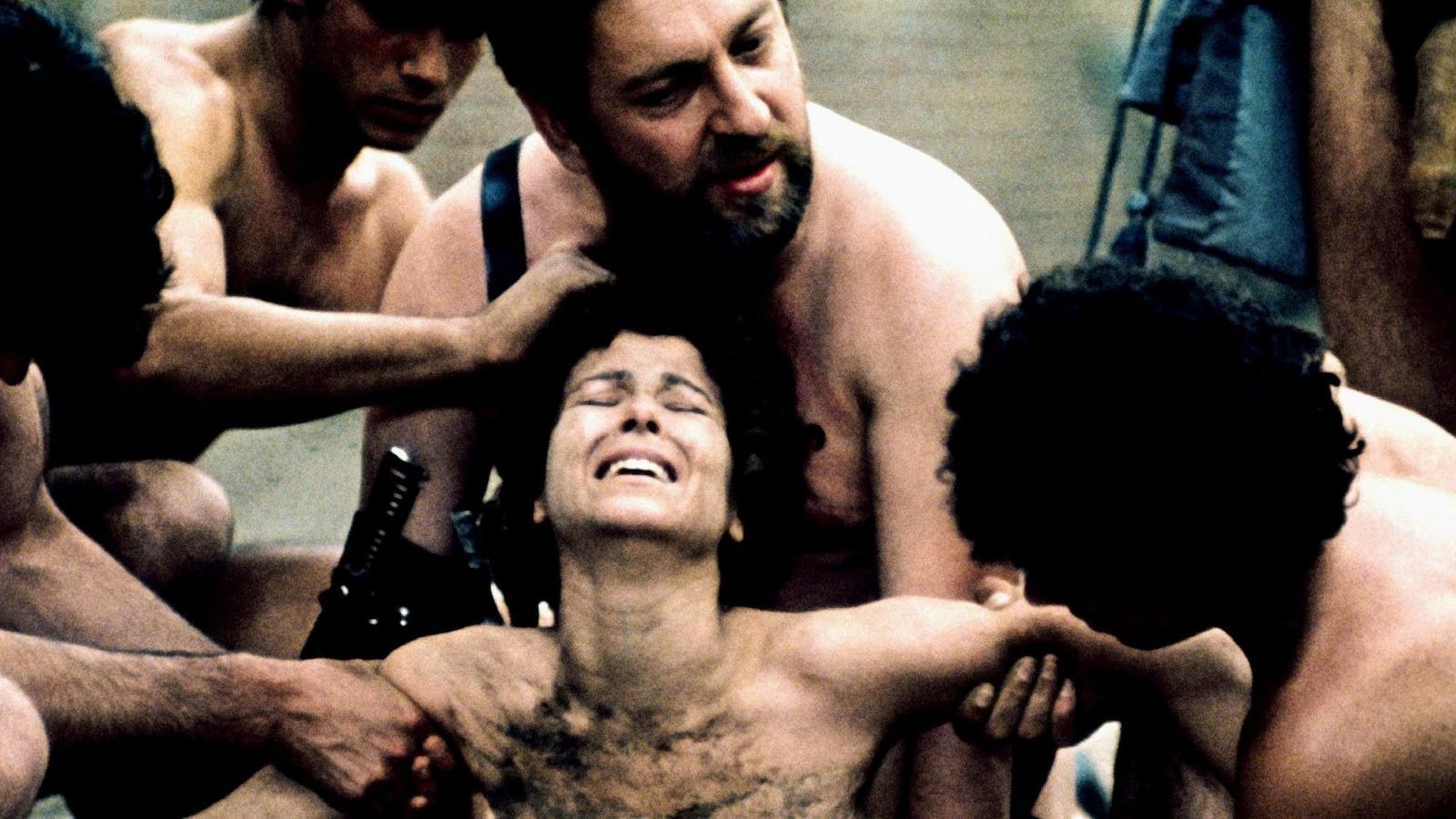 Instead of following the morality that demands that we treat our neighbor as we want to be treated, Sade, as noted by Beauvoir, Klossowski, and Blanchot, resists this Christian form of moralism and replaces it with Nature, or an idea of Nature in which human nature, specifically, says, “As this is what gives me pleasure, it’s what I have to do”—Nature replaces God, and “man” becomes, like any animal, ruled by instinct.

Blanchot formulates it this way: “Given that all beings are equal in the eyes of Nature, this fact allows me the right not to sacrifice myself to preserve others, whose ruin is indispensable to my happiness.”

Yet this has the effect of “equalizing” desire among human beings, awarding every impulse the same value. As Blanchot notes, Sade approaches this idea from a split perspective. The idea in itself would make the libertines empty objects, and their victims the recipients of an undifferentiated rage. (As in Sade, in Salò the harshest punishment is reserved for those who cry out to God for deliverance; their names are entered in the book of death; their sobbing and lamentation do nothing but excite the fury of their captors, make them excited, spur them on to greater excess. But to be moved to this rage by the mention of something absent validates the reality of the absent thing, in a sense ratifies the idea of a deity.)

So Sade must have it two ways. He first demonstrates that power is everything, that life is ruled by force. The libertines embody a social framework that imprisons everyone in its mechanism: capital, religion, jurisprudence. They operate in an economy of waste matter recycled through their own bodies as well as those of their accomplices and victims.

Again, Sollers tells us “the reading we should be able to give Sade does not exist within this society and this culture,” and that the reading Sade requires can’t exist until we abandon thought as the cause of language, because Sade’s project “is concerned . . . with language without cause, with the writing of the signifier as pure effect.”

The films Pasolini made immediately before Salò prepare us to “read” this film as a sequence of episodes without cause, scenes as fragments of an unfilmable, seemingly endless duration. The Decameron, The Arabian Nights, and The Canterbury Tales are all picaresque novels in which stories are nestled within stories, like Russian dolls. As Barthes characterizes the rhapsodic novel, these epic narratives don’t “advance,” but achieve a circularity by wearing out the reader’s attention.

The 120 Days of Sodom is similarly interminable, a narrative container that itself never develops or moves forward, that bores us (in the sense of a dentist’s drill)—exhausting, endlessly repetitive, monotonous.

Salò, perhaps because its moralism is betrayed by its own bibliography—we’re shown these things in order to “learn” from them, to become enlightened; Pasolini cannot avoid moralism—does “move forward,” in the direction of death, from the opening scenes of young people being harvested from a ruined countryside to serves as victims and enforcers of the libertines’ pleasures.

It’s not all that surprising that a film about the seduction and pleasure of fascism, which Salò partly is, should produce a fascinated disgust, which Salò does. I think this is where Pasolini and Sade, to an extent, part company, although the viewer of Salò and the reader of Sade are similarly made to enjoy the recounting of horrific things. When we watch Salò or read Sade, we’re forced into complicity, like the paramilitary youths, themselves prisoners, who enforce obedience, and we become both victims and victimizers.

Gary Indiana is a novelist and critic who has chronicled the despair and hysteria of America in the late 20th/early 21st century. From Horse Crazy (1989), a tale of feverish love set against the backdrop of downtown New York amid the AIDS epidemic, to Do Everything in the Dark (2003), "a desolate frieze of New York's aging bohemians" (n+1), Indiana's novels mix horror and bathos, grim social commentary with passages of tenderest, frailest desire. In 2015, Indiana published his acclaimed anti-memoir, I Can Give You Anything But Love, following it up in 2018 with Vile Days, a collection of his art criticism for the Village Voice. Called one of "the most brilliant critics writing in America today" by the London Review of Books, "the punk poet and pillar of lower-Manhattan society" by Jamaica Kincaid, and "one of the most important chroniclers of the modern psyche" by The Guardian, Gary Indiana remains both inimitable and impossible to pin down. 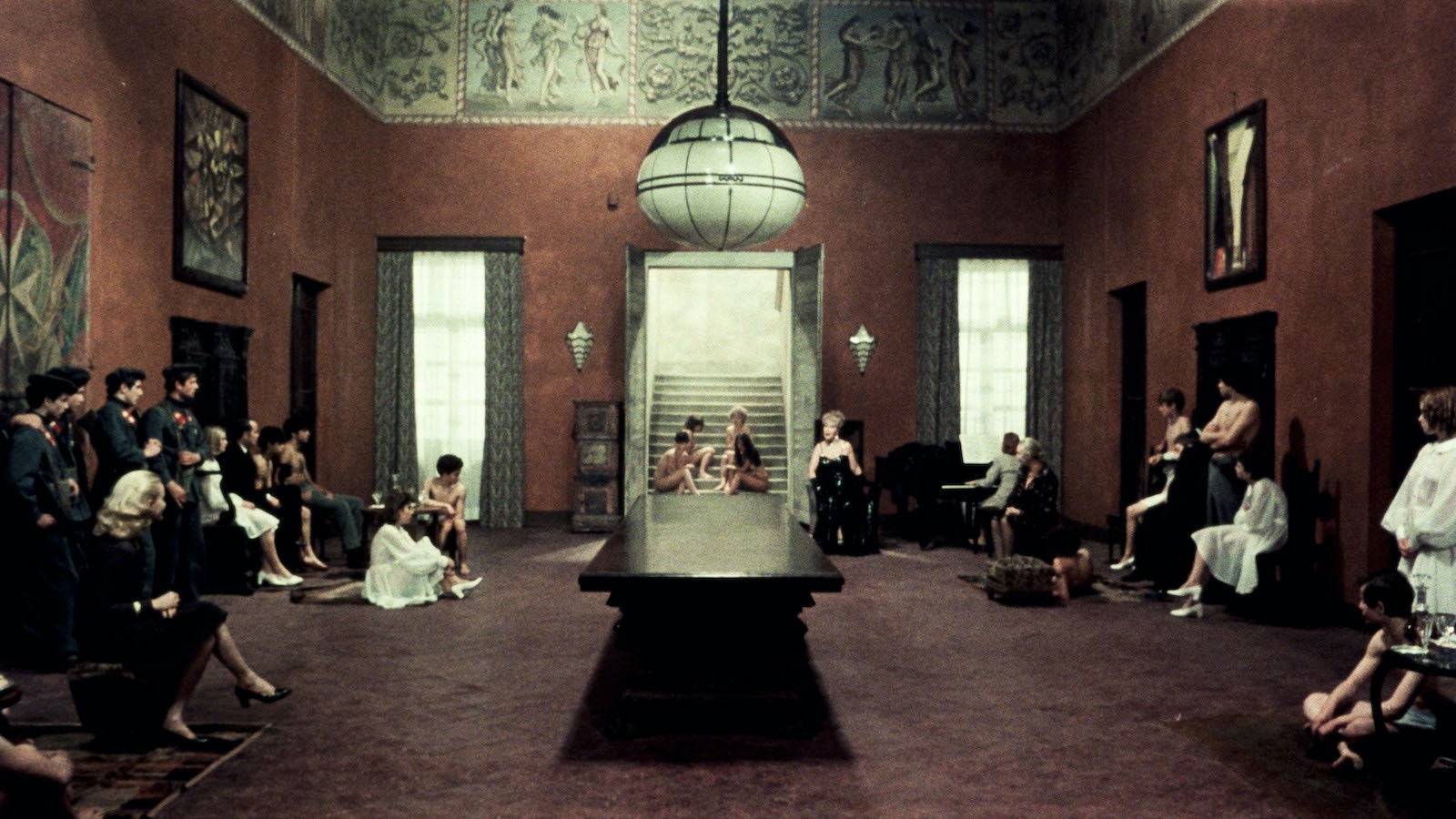 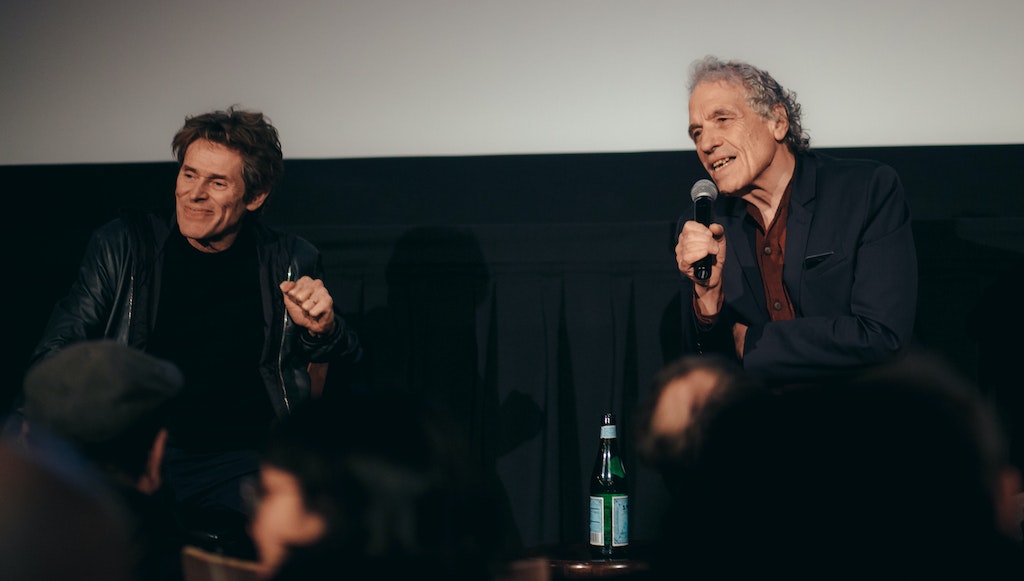 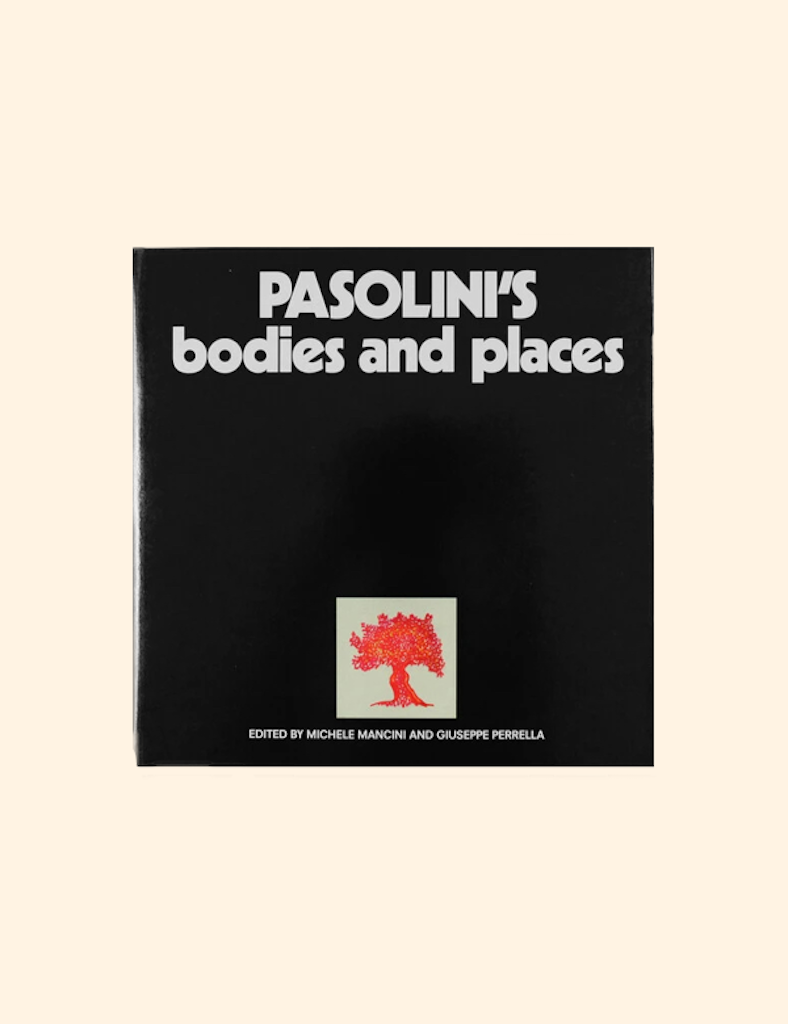 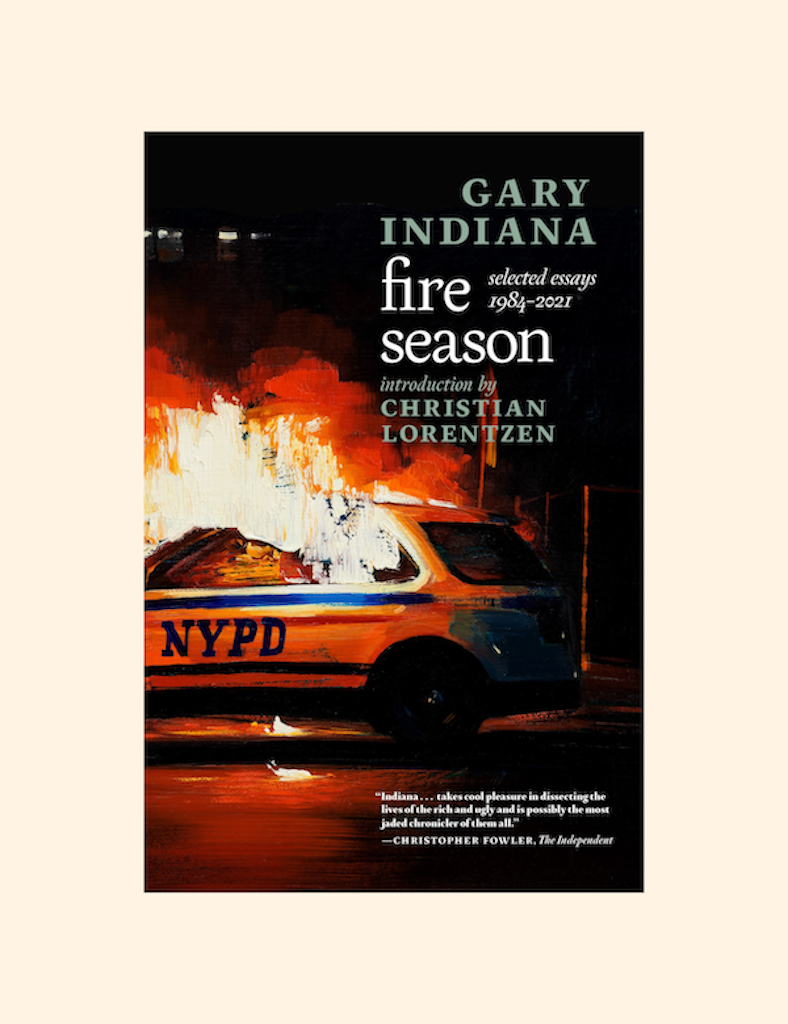