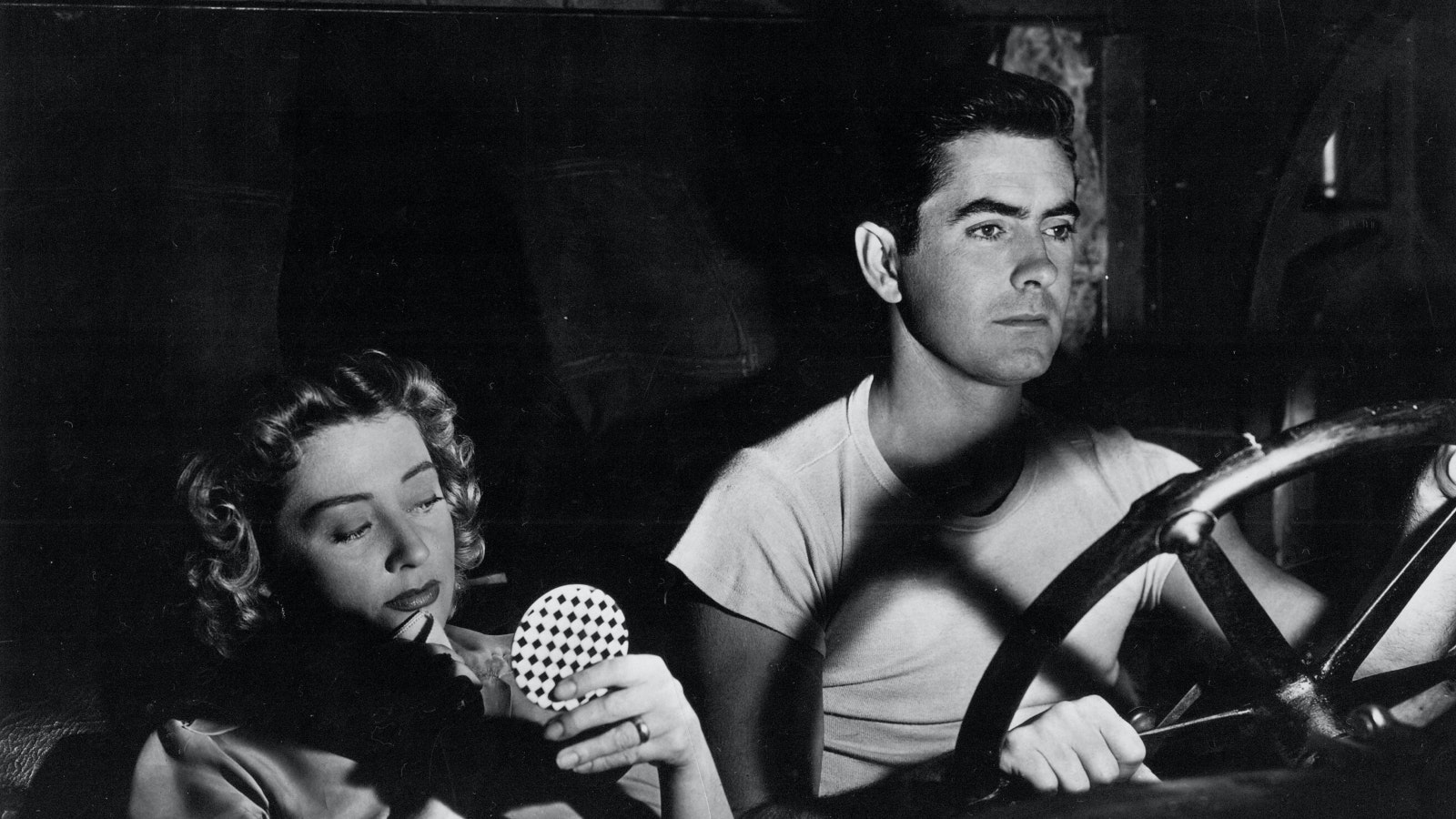 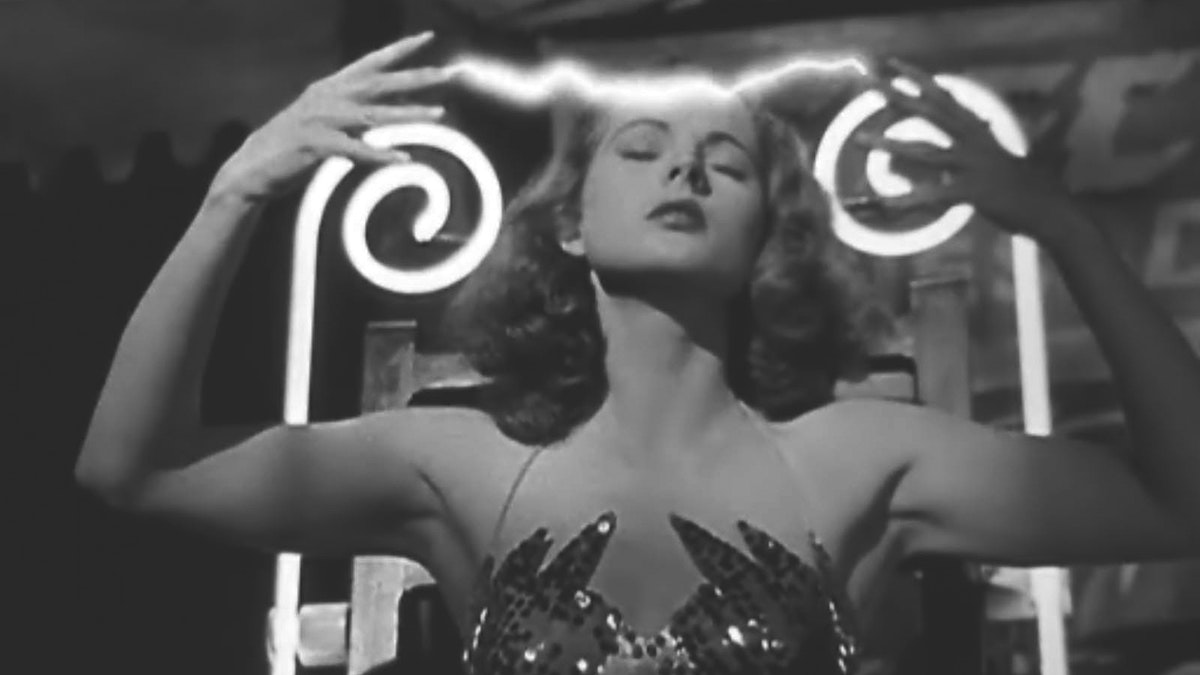 For the first time the paint-smeared face of the geek showed some life. His bloodshot eyes were nearly closed. Stan saw his lips shape words without sound. The words were, “You son of a bitch.” … From the pit came a panicky clucking and cackling and the crowd drew its breath. The drunk beat his grimy straw hat on the rail. “Get ’at ole shicken, boy! Go get ’at ole shicken!”—William Lindsay Gresham, Nightmare Alley

Few works, fictional or otherwise, so accurately depict humanity’s gift for foresight and creativity—and the concomitant curse: our infinite ability to rationalize anything away—than Nightmare Alley: first a 1946 cult novel by William Lindsay Gresham, then a film adaptation for Fox by Edmund Goulding the following year. To view this antic fable as simply one about a huckster’s hubris or the dirt beneath midcentury American society’s fingernails is to sorely miss the point. For is there no greater lie we tell ourselves than that we have complete control over our own lives, and for that reason we could never sink so low as to become “the geek”, or our personal equivalent, the thing that once disgusted us most?

Though Goulding’s film adaptation sands down the nastier corners of Gresham’s bestselling novel, which drew from years of research at Coney Island freak shows, its mordant core remains. (The level of detail in the book about how different acts work, as well as its form, a Döblinesque chorus of voices and sounds, is a fascinating historical document that’s also a true work of art.) Stanton Carlisle (a louche Tyrone Power, attempting to distance himself from his prettyboy swashbuckling persona), is a carny who’s having an affair with Zeena (Joan Blondell, in the full bloom of her sexually powerful middle age), an older woman who’s one half of a rundown mentalist act. Zeena’s husband and performance partner Pete (Ian Keith) is a severe alcoholic, and he can no longer perform the secret code they once used to communicate audience questions when they were in the big time. According to Zeena, Pete’s downfall had everything to do with her promiscuity, and throughout the film she displays an otherworldly level of humility and grace, never begrudging anyone in the carny, even when she would be more than justified to do so. Zeena is emblematic of the best of the old freak shows: her fierce loyalty to her fellow performers stands as a moral counterpoint to the grooming and cruelty required to make a geek—an addict of some sort, paid in their drug of choice (most commonly alcohol), who bites the heads off of live chickens.

Stan is fascinated by Zeena and Pete’s secret code, and is determined to learn it in order to become rich, which supplants his curiosity about what it takes to get a guy to geek. One night—accidentally or unconsciously or intentionally—Stan gives Pete, who is suffering from the DTs, a bottle of wood alcohol rather than moonshine, killing the older man. Zeena grieves, but his departure allows Stan to become her new stage partner, and she teaches him the code with the assistance of the much younger, sexier Molly (Coleen Gray), whose act is getting shocked with electricity while wearing a bikini.

To view this antic fable as simply one about a huckster’s hubris or the dirt beneath midcentury American society’s fingernails is to sorely miss the point.

It is not surprising that Stan throws Zeena over for Molly shortly after this, nor that Stan and Molly decide to take their mentalist act to respectable Chicago nightclubs, resulting in a windfall of financial success. However, it’s during the move to headlining that Stan reveals his true nature, exhibiting a talent that he chooses to dismiss as mere luck. Whether it’s during his prolonged psychic reading of a small-town sheriff who’s attempting to shut down the carny or in the luxe art deco nightclub where he detects an audience question designed to unmask him as a fraud, it’s apparent Stan has some degree of extrasensory perception, which, beyond merely memorizing code or drawing from the well of common experiences that people believe are special to them, is the actual reason for his celebrity. Yet Stan, poisoned by a youth passed in a children’s home where Christian bromides were beaten into him, cannot allow himself to believe in his gift—or in Zeena’s veracious tarot card readings. 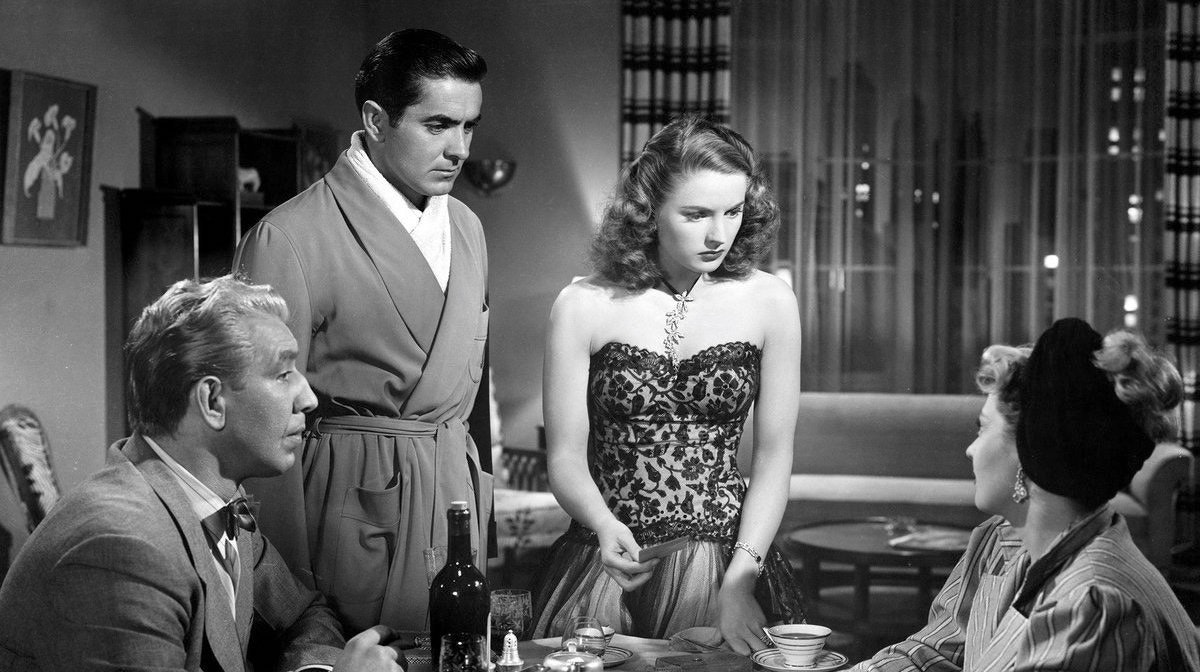 Stan is not only becoming The Great Stanton, his idealized version of himself, he’s also, tragically, becoming the impotent Pete. Gresham, who was equally fascinated by spiritualism and psychoanalysis, uses elements of both in Stan’s journey down that particular dead-end street, a mixture of transference, fate, and the aforementioned preference for rationalizing away bad decisions. Our antihero places his trust in the androgynous female psychoanalyst who attempted to catch him out at the nightclub, Lilith Ritter (an icy Helen Walker), because he believes she’s a like-minded chiseler; Goulding goes so far as to block their scenes in ways that make them seem like they’re the same height, near mirror images of each other. The two team up, and Stan starts using Lilith’s recorded sessions with her well-heeled patients to heighten his scamming abilities and revenue—to become one of the many, awful spiritual advisers throughout history who glommed onto a rich person and took them for everything they had.

However, Stan is becoming Pete, so his misplaced faith in Lilith is yet another disastrous symptom of this change. (It’s also worth mentioning that Gresham fought against Franco in the Lincoln Brigade, so his depiction of the wealthy, straight world is by far more degenerate than the world of the carny.) His big spiritualist trick goes wrong, Stan loses everything, flees town, and his transformation into Pete kicks into high gear. Near the end of the film, Stan descends one level lower than Pete ever did and becomes a geek, getting paid in booze to decapitate screeching chickens.

After a brief dip into horror, where Stan flips out, shrieking and running around the camp (an unrecognizable Powers, slathered in ageing makeup, looking animalistic), the Classical Hollywood formula prevails. Stan—a fundamentally agreeable, greedy guy who also happened to have affairs with multiple women—gets a seemingly happy ending by being reunited with sweetie-pie Molly. However, this conclusion is more darkly Capraesque than attempting suicide on Christmas. Molly, who ruined his coup de grace in Chicago, is now destined to become Zeena, forever attempting to care for her broken, ill husband; Stan, constantly reminded of what he’s lost by virtue of the presence of his wife, will have no reason left not to hit the bottle. The cyclical nature of their doom is sealed by a remark from the head of the carny, followed by a worker who mutters the same question Stan once did: “How can a guy get so low?” Nightmare Alley’s final shot is simply the carny owner shutting his trailer door, less a symbol of narrative closure than of a forced stop—the show’s over, folks, now get out of here.

A rare A-picture noir, notable degenerate journeyman Goulding’s formal approach approximates the discomfort and frisson of what could and couldn’t be shown from Gresham’s original because of the Hays Code. Shadows fall across the faces of the actors in strange patterns, fracturing them in a quasi-cubist manner, and these formerly familiar visages are further scrambled and abstracted by blocking and editing choices, as well as the intermittent use of tremulous electronic music. In one shot, half of Molly’s face is cast in darkness as she coos to Stan; with a cut, the camera moves back and effectively chops that half away, turning her into a one-cheeked freak. The overall effect of these clashing, disconnected parts is reminiscent of the mental fog of a seedy hangover—one that arose the moment you rationalized having that next drink, and the drink after that. “I won’t get that bad,” you thought. Ha.

Violet Lucca is the web editor at Harper’s Magazine, and is the host of their podcast. Her writing has appeared in the New York Times, Art in America, Sight and Sound, Film Comment, and elsewhere. 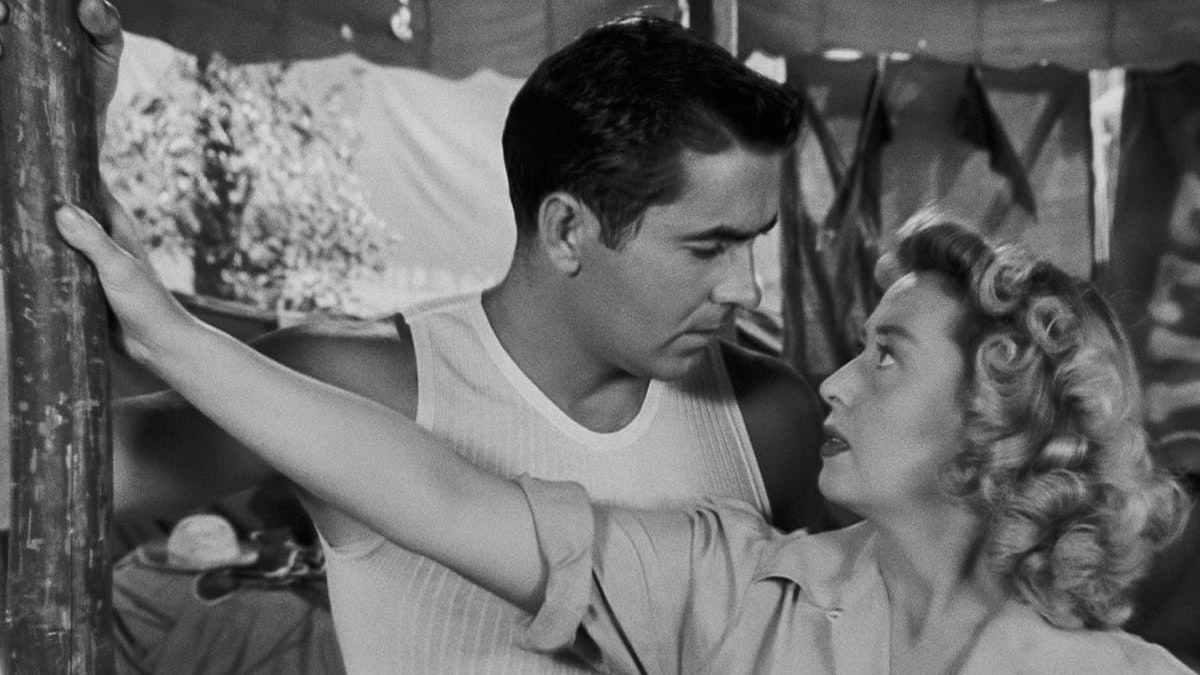