On watching movies, and the colossal worth of a single, tiny detail. 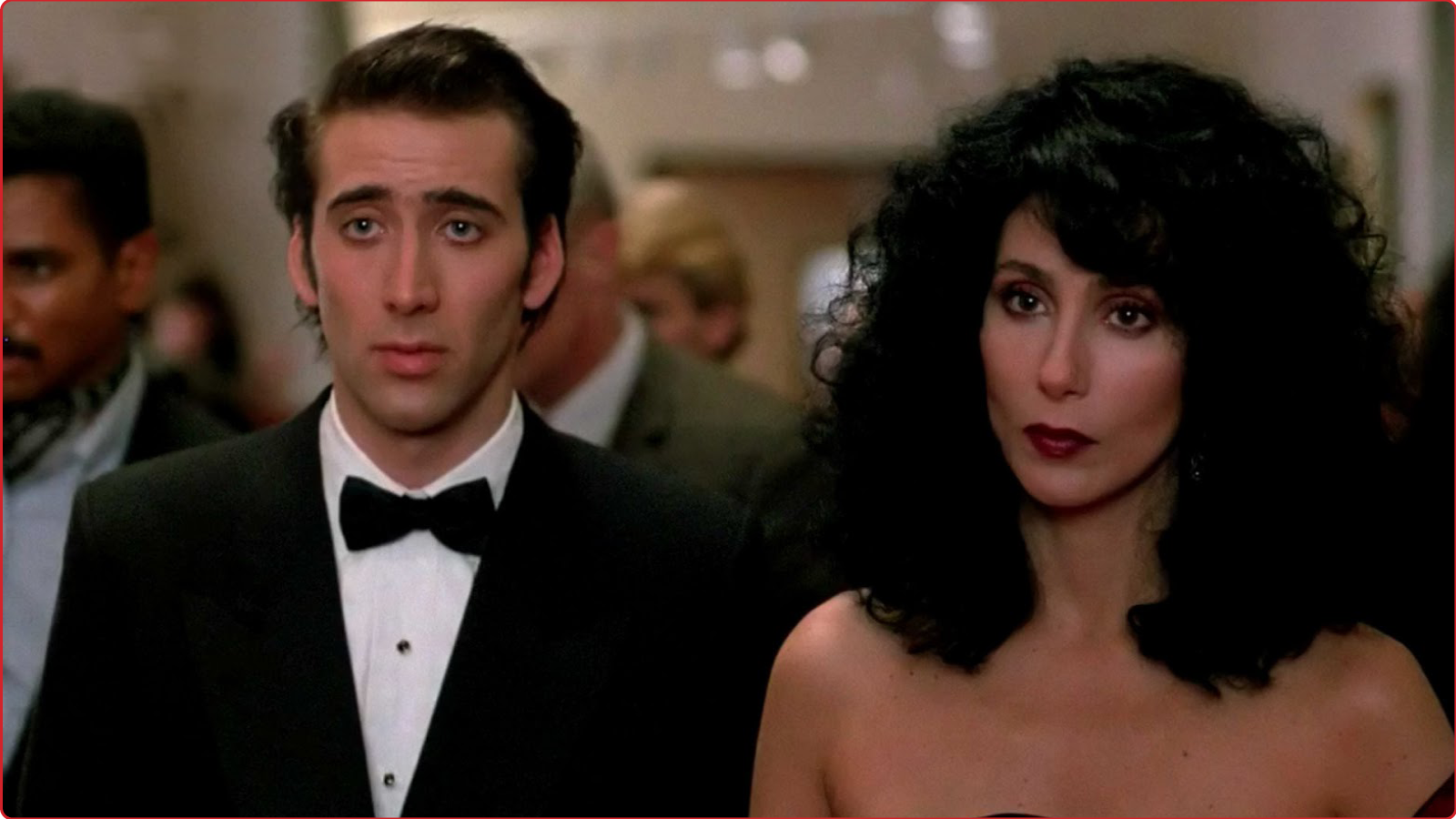 When I can’t write, I watch a movie. When I can write—irrespective of whatever quick rhythm or new stuff is developing on the page—I watch a movie. Sometimes, when I’m writing about one movie, I watch another one entirely: stalling provides push, I tell myself. Straying and quarrying and making a mess of things is, I tell myself, the practice. Even when I’m near-done and the writing’s all there, and what’s left to do is very simple—cut the clumsy and keep some discord, read it out loud, and just leave it at that—I impose delay, again. I watch a movie. I seek that overwhelming thing that movies provide, of which we hope for in our own work and encounter in person on lucky days—that ambushing thing that specifies point of view: a quality.

Still, when I’m watching a movie—forgive me—I’m usually paying attention insomuch as I’m slightly elsewhere. And not because I’m meant to be writing, but because, again, that irreversible and totally accelerative wonder (if it transpires) focuses my world while also ruining my focus. Do you know what I mean? Have you ever felt dumb from having noticed a detail? And by dumb, I mean altered, a little woozy, wild. Impatient, even. And by detail, I mean: the way Cher’s cheeks and nose go rosy when it snows, and how when I first saw Moonstruck (1987), I decided that women are most beautiful when standing in the cold. These silly sensitivities that movies spawn; what they both force us to notice and reveal about ourselves. It’s romantic.

Like how Kelly Reichardt’s films are steadying and incremental. They never presume absolute engagement but in its place, something else. Reichardt is a landscape artist, a portrait artist. She dramatizes hesitation and vouches for what’s traditionally unremarkable: rituals, work, a commute, the day-to-day woman. She inspires you to lose interest until you’re ready to latch on: unexplained eye contact between two strangers, the sound of wind, a dog mid-flight, a woman named Cozy who looks at home on the highway, nightfall framed by a barn door, Kristen Stewart wiping her face with a napkin like you’ve never seen anyone use a napkin before.

I mention these examples from memory. They might be wrong. And that’s okay because this uninterrogated wrongness speaks to my version of making contact. Because what is a movie, or the quality of a director’s work, if not art that intervenes and becomes a new language for feeling, for remembering and forgetting, and seeking the baptismal effects and shy charge of connection. Isn’t it amazing how the films that don’t trap you—films with quiet, belated booms—are the ones that provide a point of entry?

what is a movie... if not art that intervenes and becomes a new language for feeling, for remembering and forgetting.

Abbas Kiarostami once expressed in an interview with film scholar Jamsheed Akrami, how he doesn’t like films in which the filmmakers provoke their viewers and take them hostage. “I prefer the films that put their audience to sleep in the theater,” said Kiarostami. “Some films have made me doze off... but the same films have made me stay up at night, wake up thinking about them in the morning, and keep on thinking about them for weeks.” How generous. How careful those films are at administering ache, and delivering the kind of patterns that aren’t meant to capsize the viewer but court us instead. These are the movies that remain, that outlast the ones you remember loving so actively in the moment. The movies whose patterns don’t rob you of that exquisite, deferred pleasure.

Patterns like the chronic quiet of Kiarostami’s Tokyo-set Like Someone in Love (2012)—a film so uneventfully mesmerizing, it mimics the tone of its title. That estimative, believing quality was Kiarostami’s... way. He could place two people in a room and create unlikely companionship by simply placing two people in a room. In a car. Ear to ear on the phone. He was the rare director whose storytelling created the impact of story-listening.

There are patterns, too of course, that are immediately visual. Like the cool blue palette in Andrea Arnold’s Fish Tank (2009), beautifully betraying the pure heat of teen girl pain. Or Lynne Ramsay’s red. She afflicts the screen with it. Or Spike Lee’s red. He pressure cooks with it. Or Agnès Varda’s refusal to tell a story in a straight line: she circled back, was mischievous, had fun, sought joy, considered with care the cyclical nature of loneliness, and knew her insides were lapping and continuous (the essence of self-portraiture)—“If we open me up, we would find beaches.”

Or Hou Hsiao-hsien’s Millennium Mambo (2001), like a tone-poem to neon and nightlife, but really it’s a story about a girl named Vicky. She looks over her shoulder at the film’s start, suggesting you come along. Shouldn’t every film begin with a dare? Don’t they all, sort of? 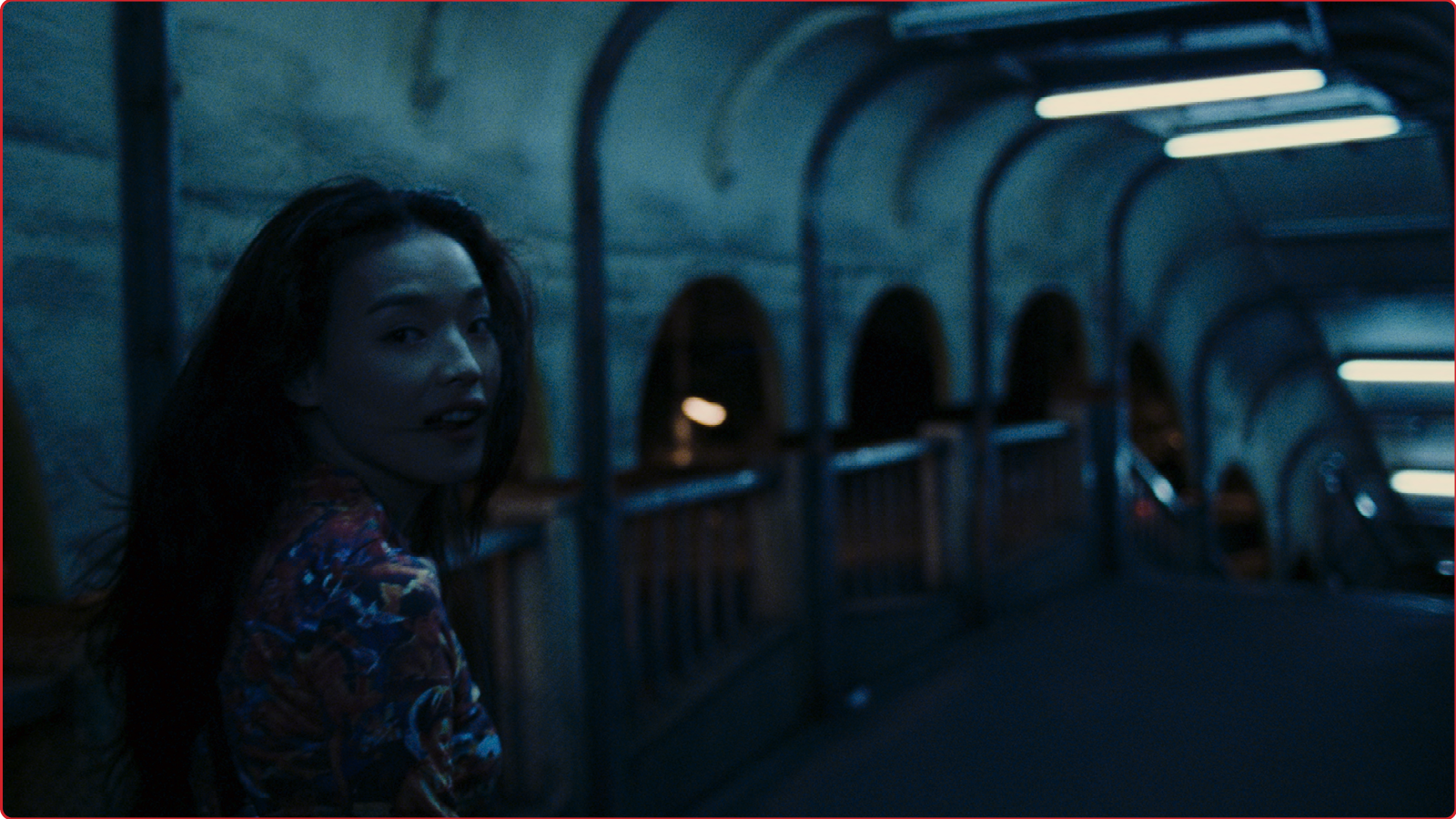 Or how Mia Hansen-Løve can invoke mood with nothing more than the redundancy of poor cell service. How a failing phone signal preoccupying Isabelle Huppert in Things to Come (2016) convinces me that I could watch an entire film of Isabelle Huppert growing hostile towards her phone.

Or Gene Hackman. In everything. But particularly when he’s telling a story to Al Pacino in Scarecrow, the 1973 road movie by Jerry Schatzberg. In it, Gene Hackman wears layers upon layers of shirts. He’s a big guy named Max who runs cold. Before bed, Max takes each shirt off, one at a time. It’s a scrappy and somehow ceremonious evening rite. It’s a whole movie inside another movie, lulling like a familiar tune—the way great road movies please outside of plot. A relay of tangents, pit stops, devastations, detours. Of Al Pacino lighting up the whole screen, clowning and bounding beside a hulking Hackman, as if none the wiser to those seven inches that separate the two. The first time I saw Scarecrow, I experienced a new scope for being charmed. That quality of giddiness that temporizes you—that makes you feel like an amateur.

The late, great Manny Farber—who understood the colossal worth of a single, tiny detail—comes to mind. Both painter and film critic, he once said, “I don’t think I’ve ever written about a movie as I’ve seen it inside the theater. Writing throws that response out of whack.” He noted how the critic and the moviegoer are different roles entirely, and shouldn’t be mixed, and how the problem of criticism “starts at the obvious point: when you start typing and thinking out the work.” How does one write about a moment of impact without ruining the impact? How does one re- acquire the quickening?

I am always relieved by having left the theater unconfident in my thoughts. There’s nothing as loyal—rich and electric—as doubt’s unsettling powers to make me feel like I’ve just experienced a new classic. Similarly, how risky it feels to live outside the starkness of liking and disliking. Quick takes are wasteful. They do little for the heart. So where does ambivalence go to live? Can the critic occupy that liminal grey space? Somewhere to cultivate an inkling and steer clear of conclusions. Isn’t intuition a quiet feeling, after all? Doesn’t time, a few sleeps or forgetting what a film was really about—don’t all of these things reanimate the art? I never know what to say when my companion asks, “So, what did you think of it?” I always suggest we find a booth, sit—share an order of fries. Later, well after the fact, that’s when the movie really begins.

This essay was first published in Metrograph Vol. 21, Summer 2019.

Durga Chew-Bose is a writer and editor.  Her first book of essays Too Much and Not the Mood was published in 2017. 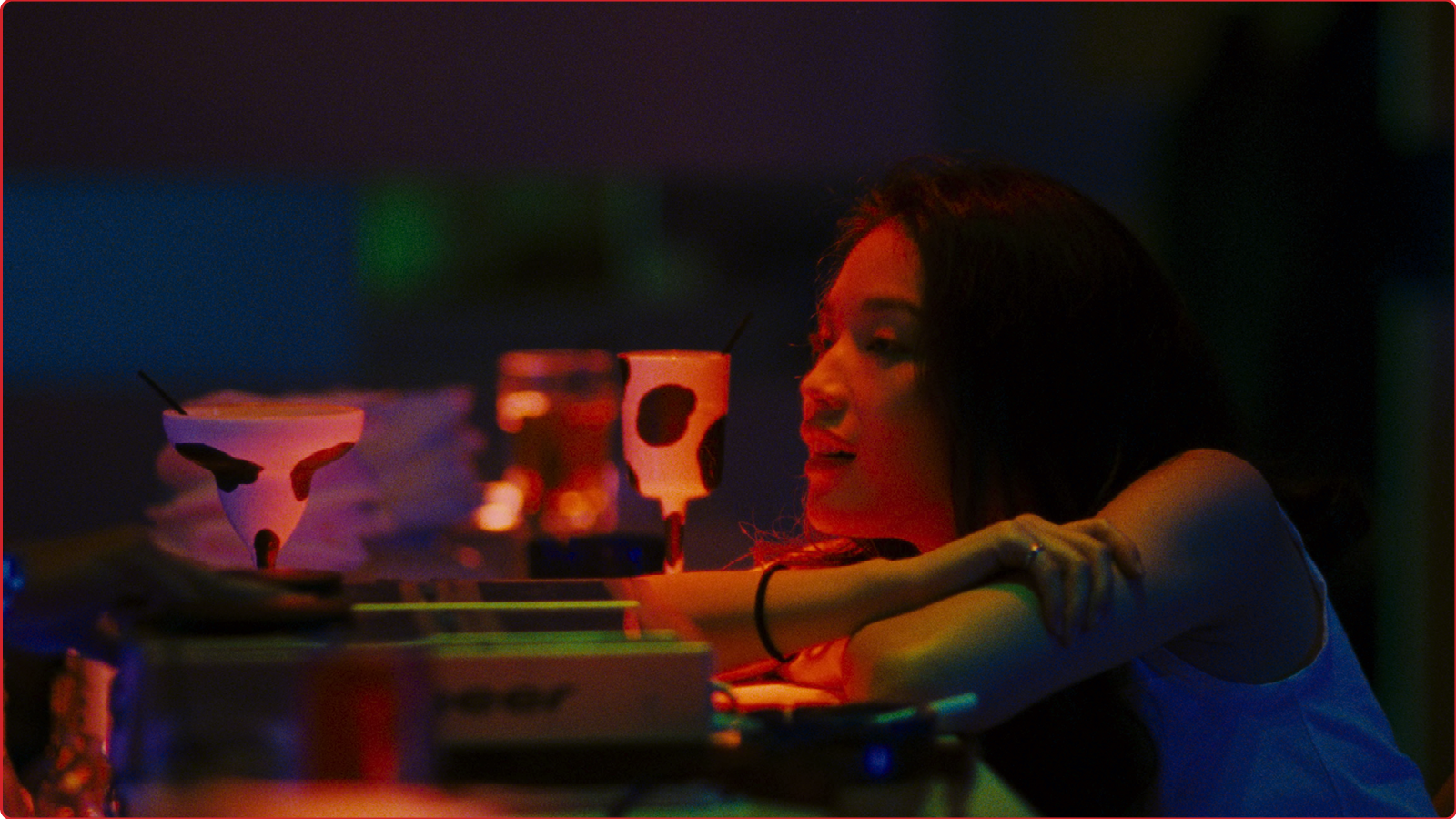 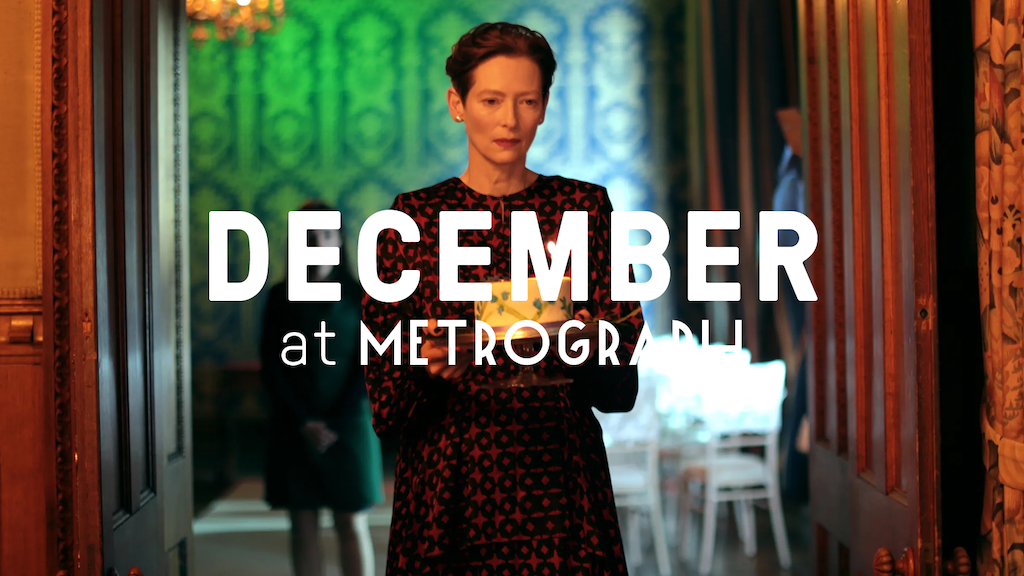 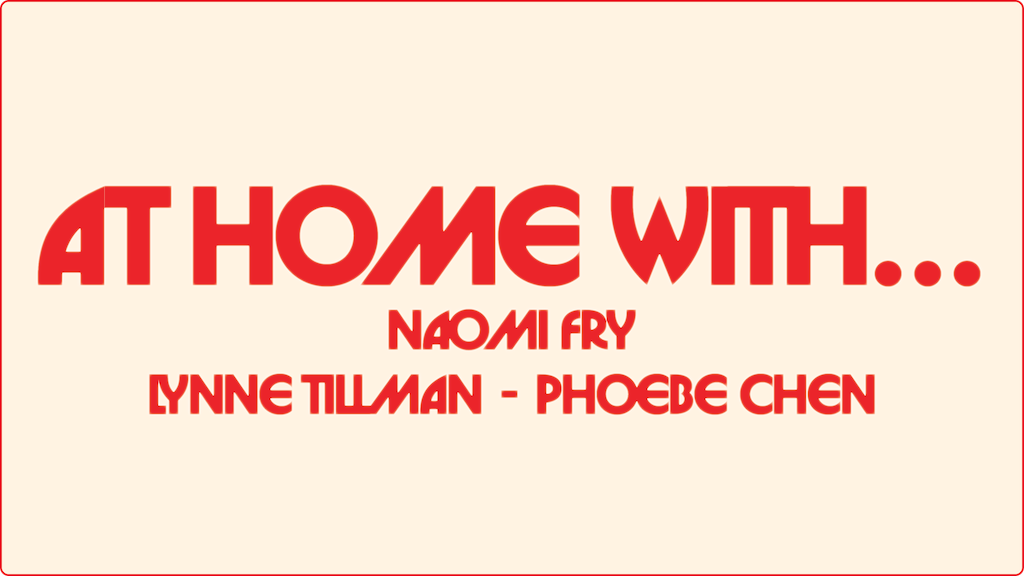 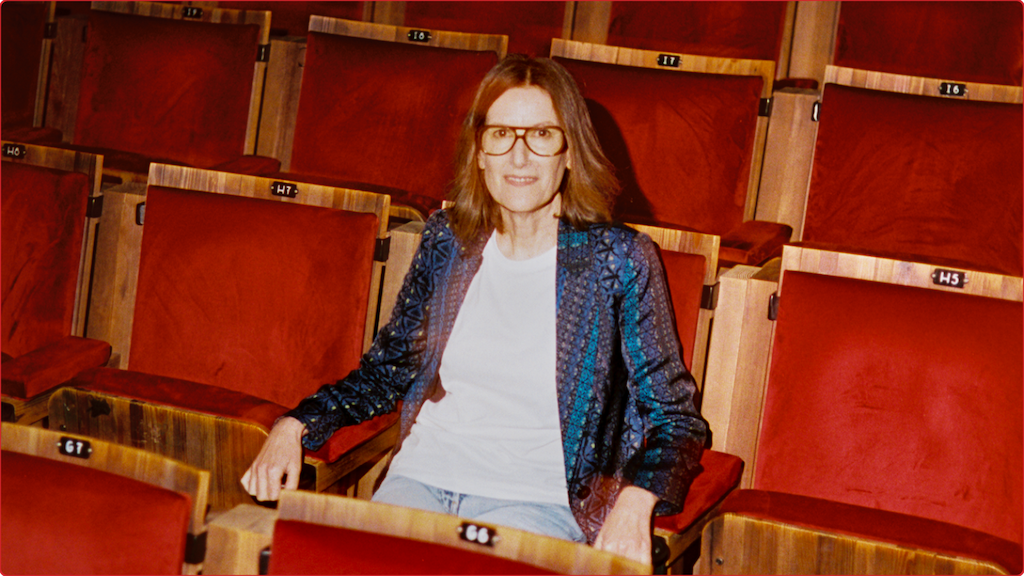