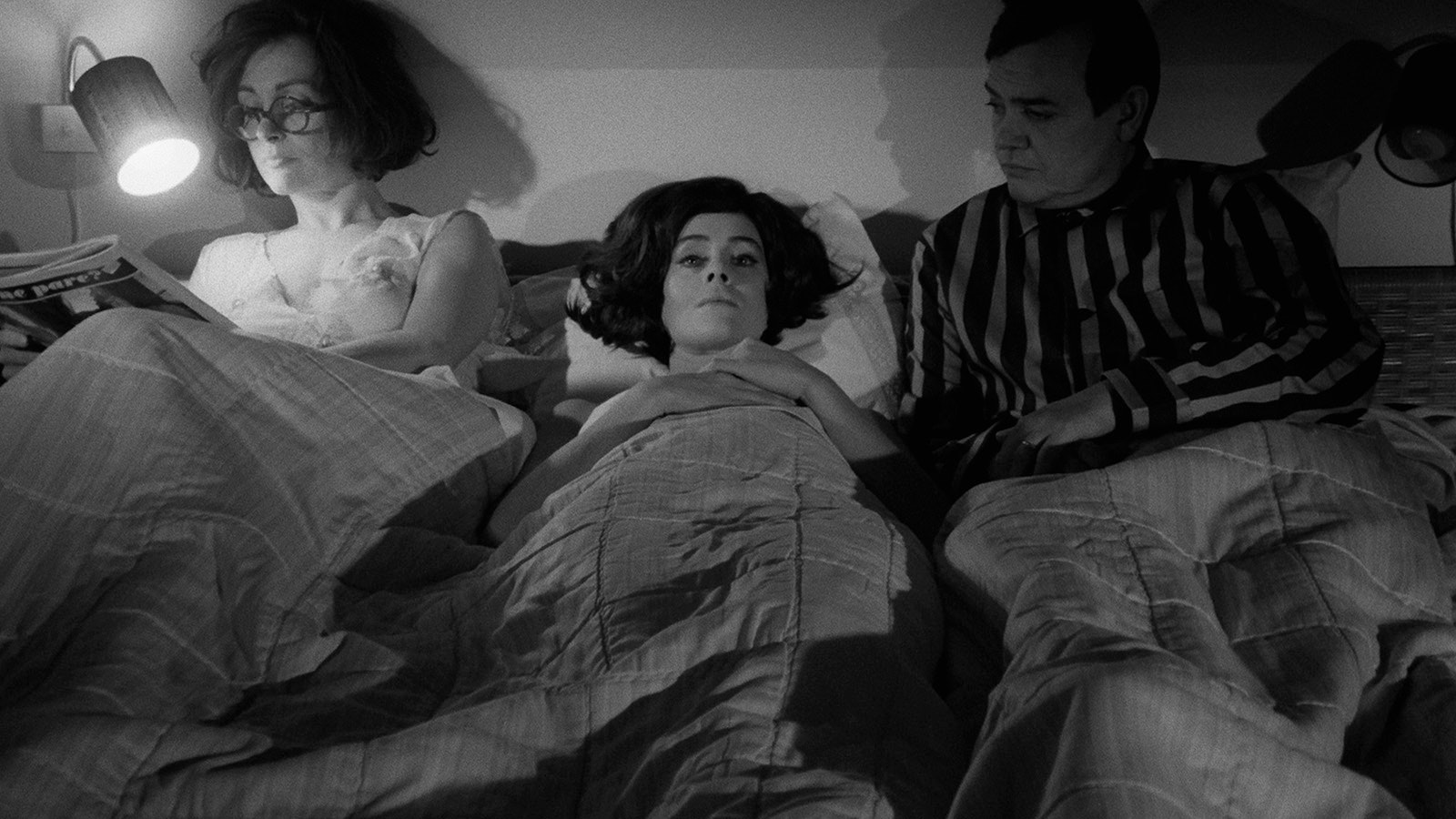 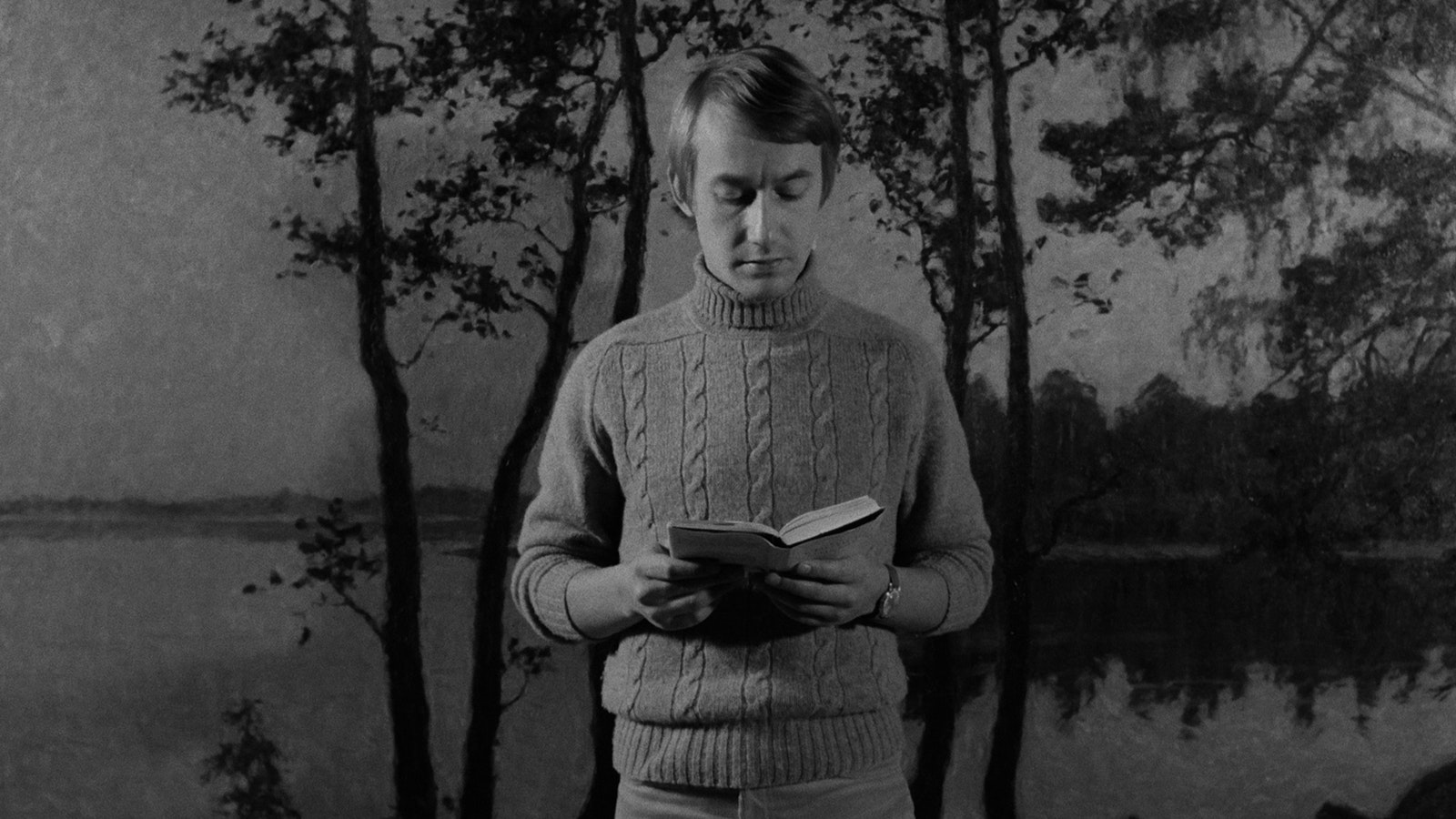 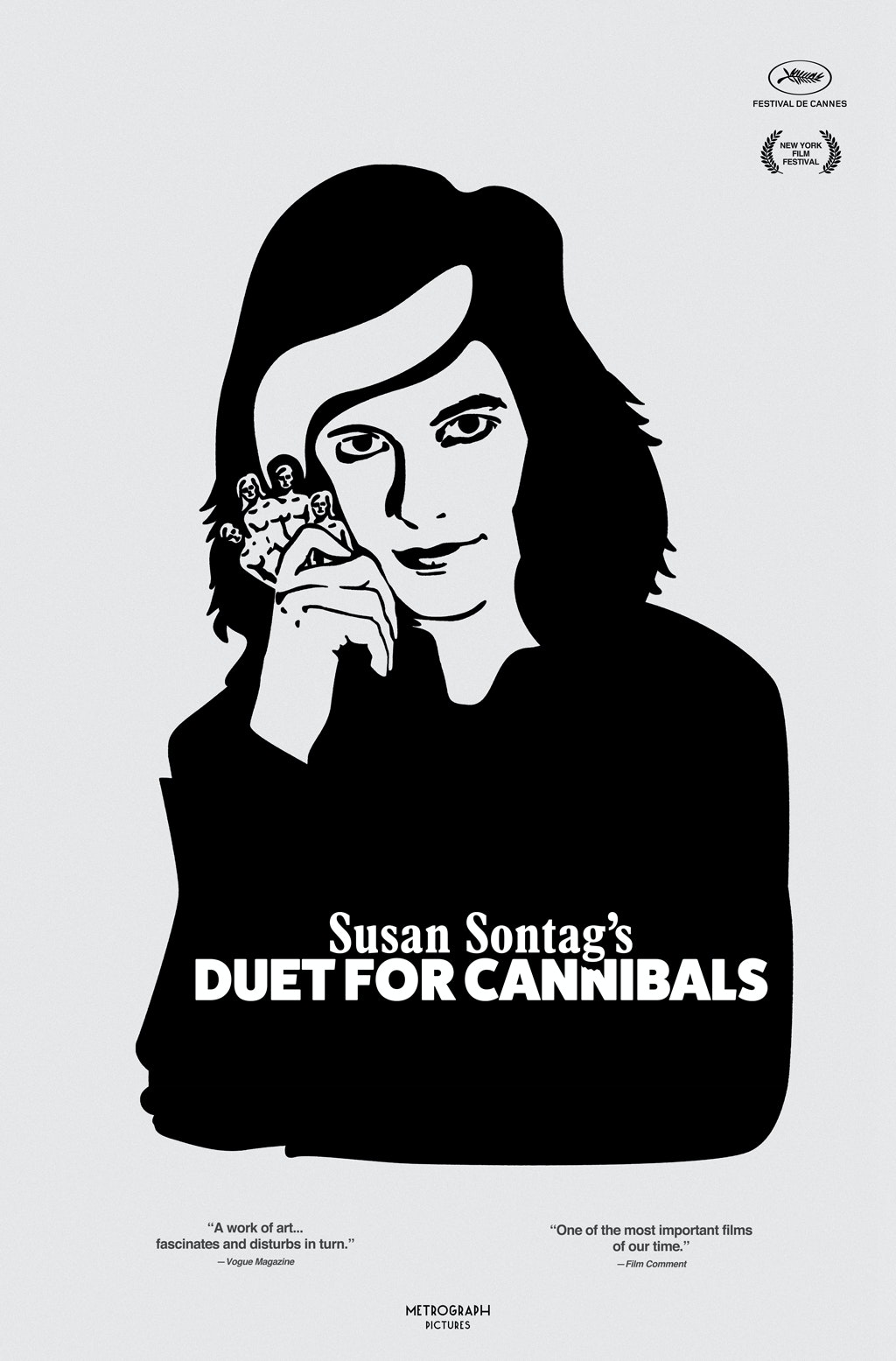 Essayist, novelist, critic, cinephile, and all-around intellectual dynamo, Susan Sontag made her directorial debut with this definition-defying, dryly funny psychological serio-comedy, the result of a Swedish studio’s invitation to her to make a film in Stockholm. The result, revolving around the quadrangular relationship between an arrogant ex-revolutionist German intellectual exile, his elegant wife, their Swedish student secretary, and the earnest secretary’s bride-to-be, is a roundelay of partner-swapping that gradually drifts toward uncharted territory, gamesmanship that broaches the surreal and violent. Defying literal-minded interpretation, Duet for Cannibals is both an illustrative companion to Sontag’s criticism, and introduction of a startlingly original filmmaker.

As source material for the restoration the 35mm original camera negative was scanned in 2K. The optical sound track from a 35mm print was used as source for audio restoration.