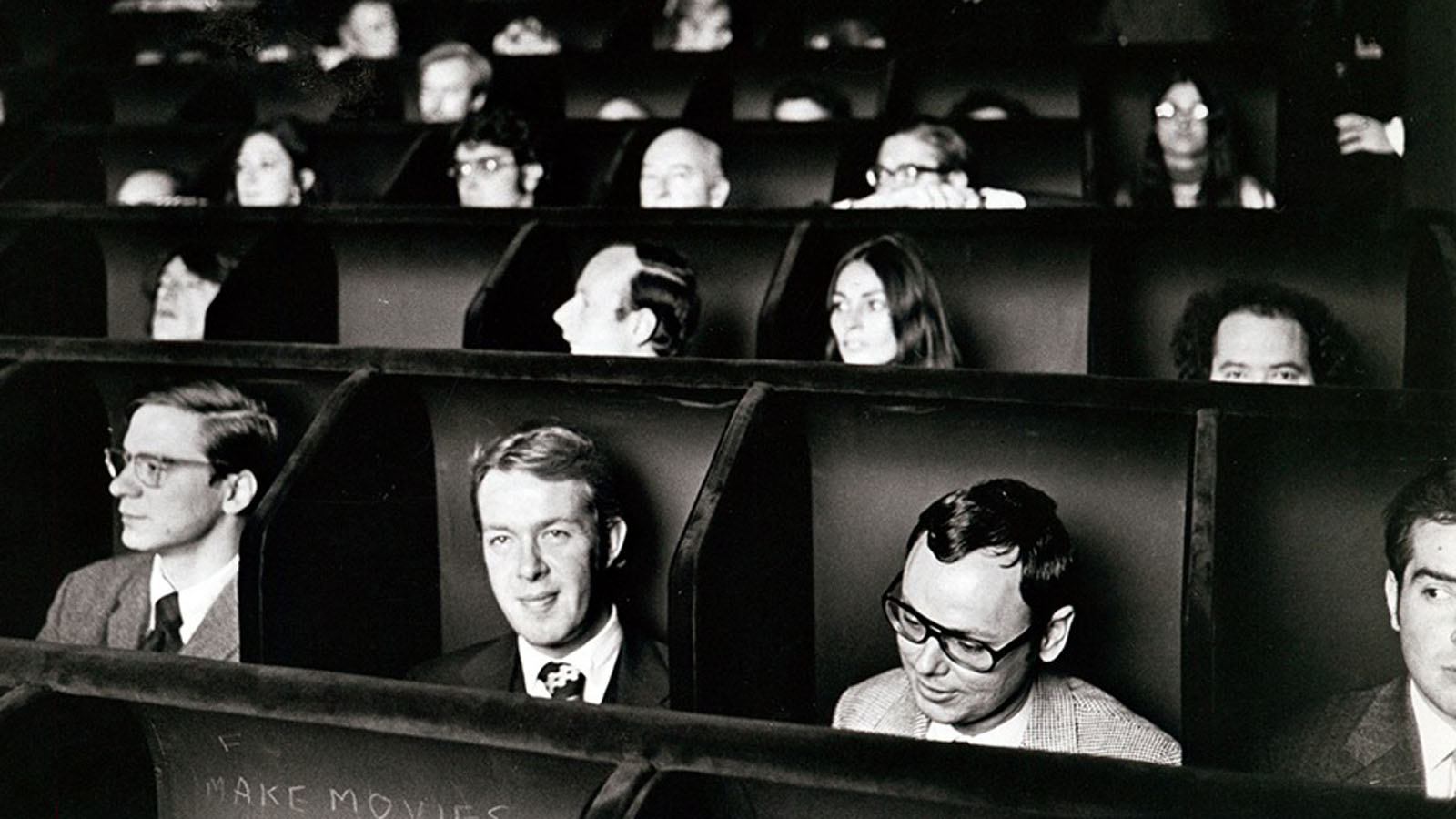 I Remember the Fabled Rat Man (Apologies to Joe Brainard)

The Belgian-born writer who was raised in NJ reminisces about his most memorable, life-shaping movie-going experiences. 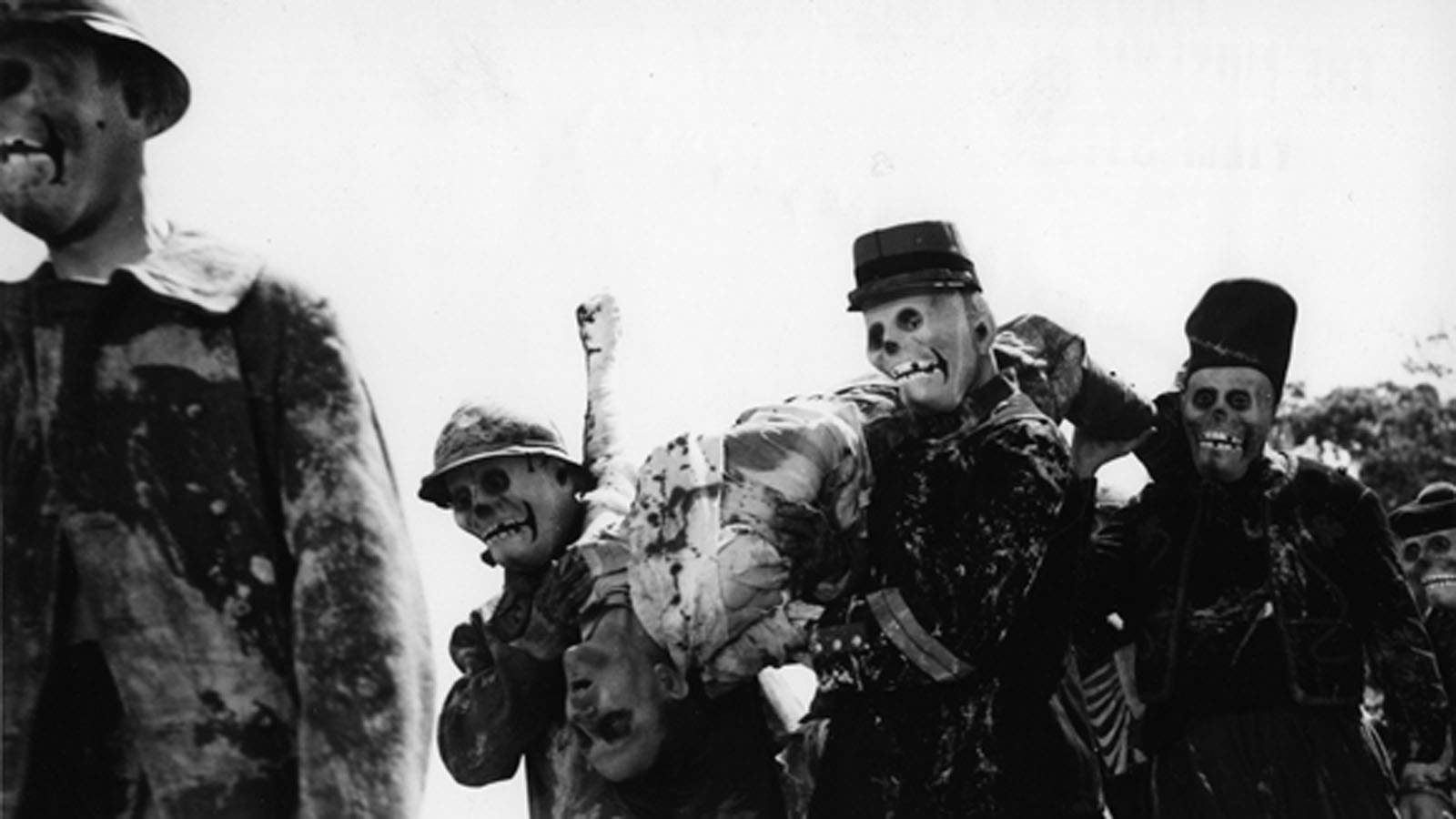 I remember seeing Dovzhenko’s Earth at the old Anthology Film Archives in the Public Theater, with high wooden partitions between the seats and absolute silence reigning—apart from coughs, belches, and someone eating (I think) pistachios.

I remember seeing Hatari! every day during a crossing of the Atlantic aboard the S.S. France when I was 8.

I remember going to a rare screening of Abel Gance’s J’accuse at Columbia University when I had taken some kind of downers and slept through almost the entire picture, and my anger at myself when I woke up during the final scene with the spirits of the dead soldiers.

I remember how, when I was a student at Columbia, they’d screen Andy Warhol’s Blow Job every year, and every year dozens of angry frat boys would noisily exit partway through.

I remember my last acid trip, sometime in the ‘80s, when I went to a short-lived East Side art house (the D. W. Griffith, I think) and saw Point Blank for maybe the third time, and it was the perfect movie for the circumstances.

I remember seeing Putney Swope at the Pagode in Paris and feeling very superior because the Parisians didn’t get most of the jokes.

I remember seeing that Ray Charles biopic at an outdoor stone arena in Croatia that might have been built by the Romans.

I remember seeing The Man Who Fell to Earth on opening day, and my seat was the farthest left in the front row, so that the whole picture was subject to anamorphic distortion.

I remember cutting high school and lining up to see Catch-22 on opening day, and what a letdown it was.

I remember standing in a long queue for a Marx Brothers festival at one of the theaters on Place de l’Odéon in Paris, and seeing the fabled Rat Man for the first time. He would lock eyes with a victim, then slide a large, realistic rubber rat from his sleeve while making a vomiting noise. 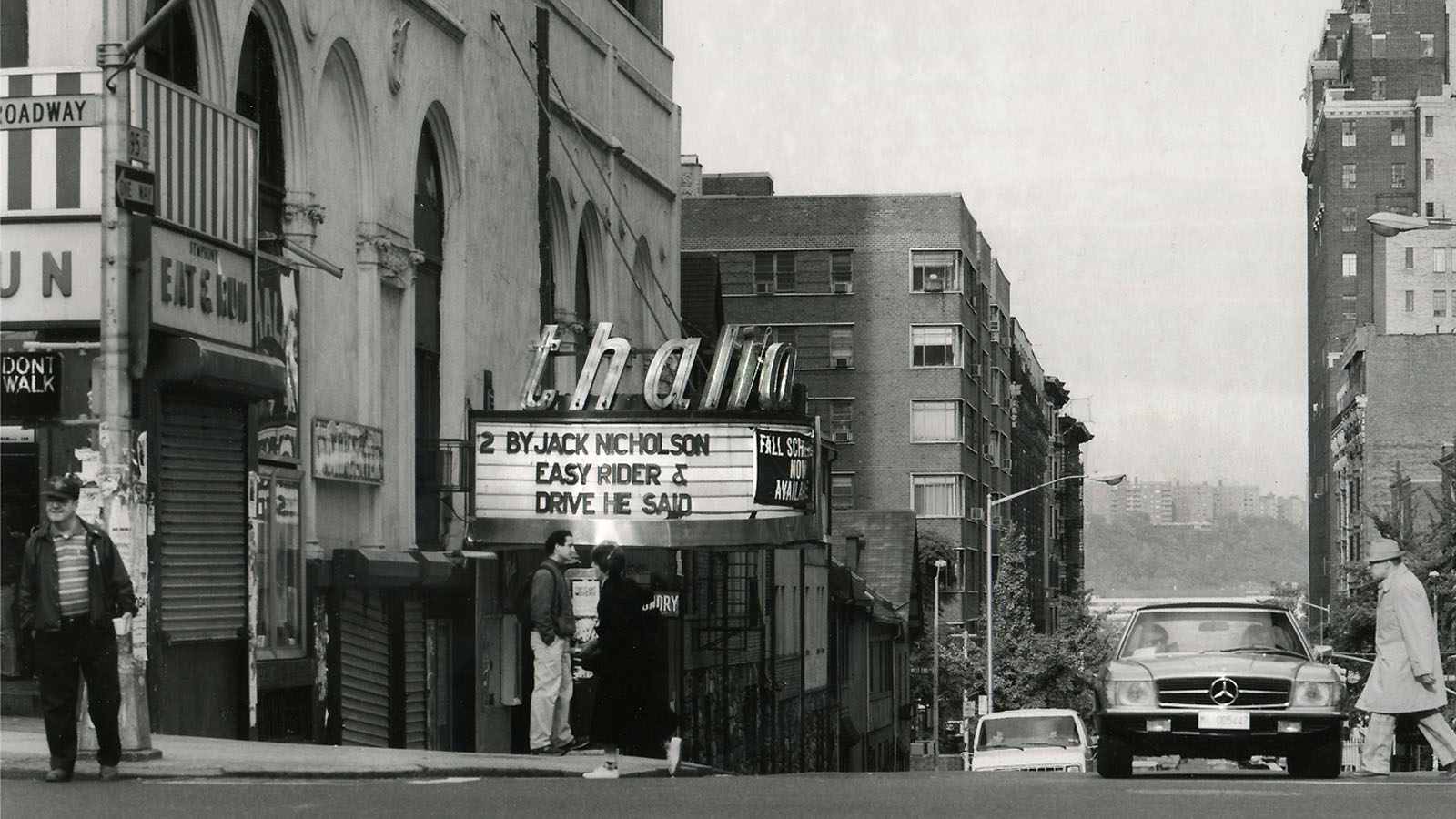 I remember seeing Last Tango in Paris at a drive-in theater in New Jersey; when the picture began and turned out to be subtitled, at least half the cars pulled out.

I remember seeing Samson pull down the columns of the temple on a drive-in screen across the parking lot from the Channel Lumber store where my parents were shopping.

I remember when you could come into theaters in the middle of the picture and then stay on to see the beginning.

I remember that when I saw Peckinpah’s Cross of Iron at the old Olympia on the Upper West Side, I heard a teenager in the men’s room use the term “chill out,” which I had never encountered before.

I remember a double bill of Eyeball and Suspiria on 42nd Street—the first was a huge hit with the audience, who talked back to the screen throughout, but the second resulted in a mass exit.

I remember numerous times at many theaters when half the crowd would be yelling “Focus!” at the projection booth for long minutes before something was done.

I remember when I discovered that the Thalia, which booked a daily double bill of classics, also ran an unannounced third feature around noon, and the deleterious effect this had on my classroom attendance.

I remember coming out of a screening of Imamura’s Black Rain and walking many blocks to the subway bawling my eyes out.

I remember once sneaking into the Strand Theater in Summit, New Jersey, through the back door, propped open by some other kids.

I remember getting in trouble with my mother because of two pictures I’d seen at the Strand that she thought were indecent: Fun in Acapulco and The Disorderly Orderly.

I remember seeing William Klein’s movie about Eldridge Cleaver in Algiers at a prestige house on the East Side, maybe Kips Bay; those were some different times.

I remember seeing Empire of the Ants at the New Edison on 103rd Street, and the audience cheering on the ants.

I remember always intending to go to the Chinese theater under the Manhattan Bridge, but I tarried too long. •

Luc Sante’s books include Low Life, Kill All Your Darlings, and The Other Paris, and he has written essays on many films, including Burroughs: The Movie, The Docks of New York, Metropolitan, and Vivre sa vie. 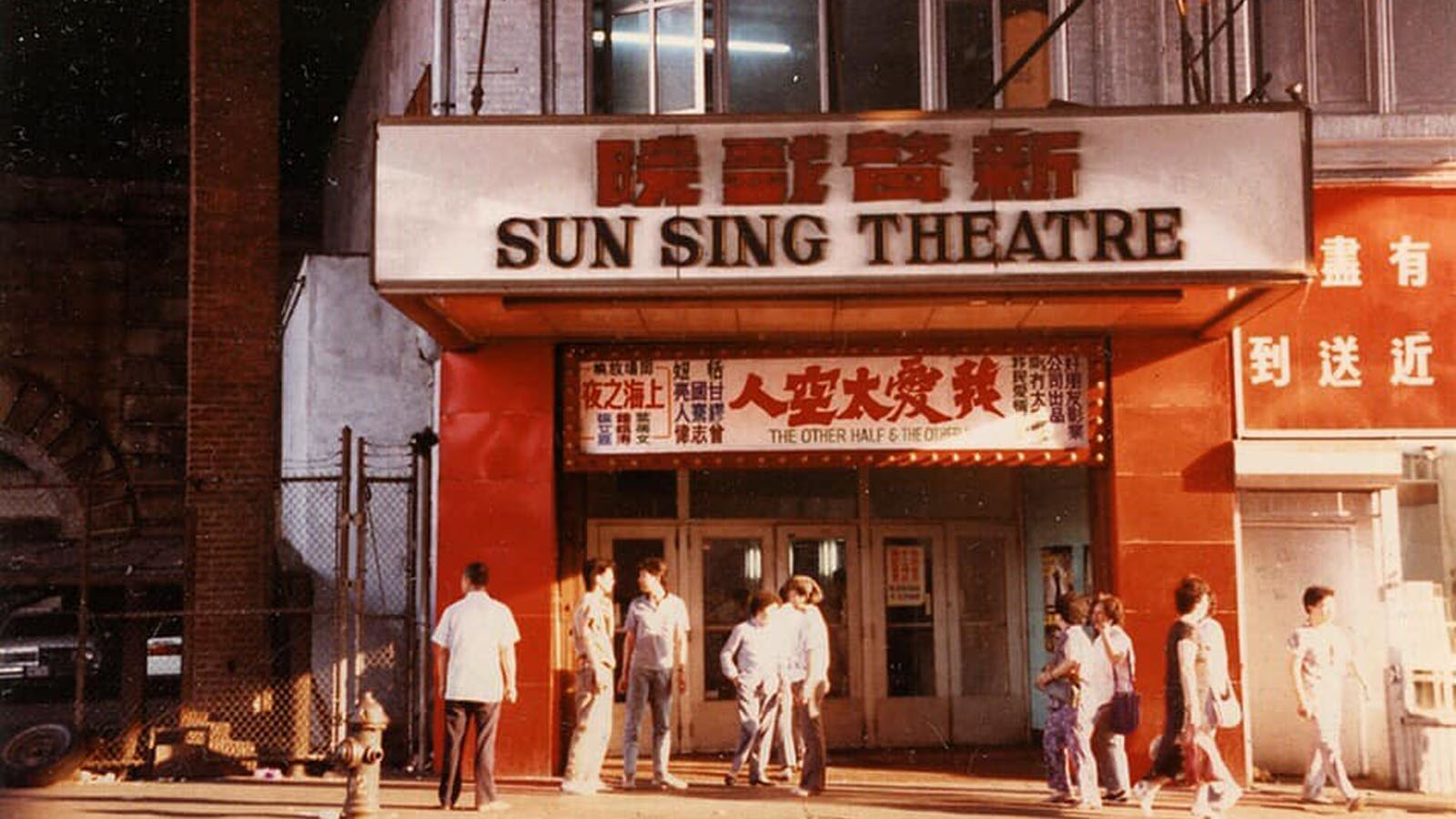