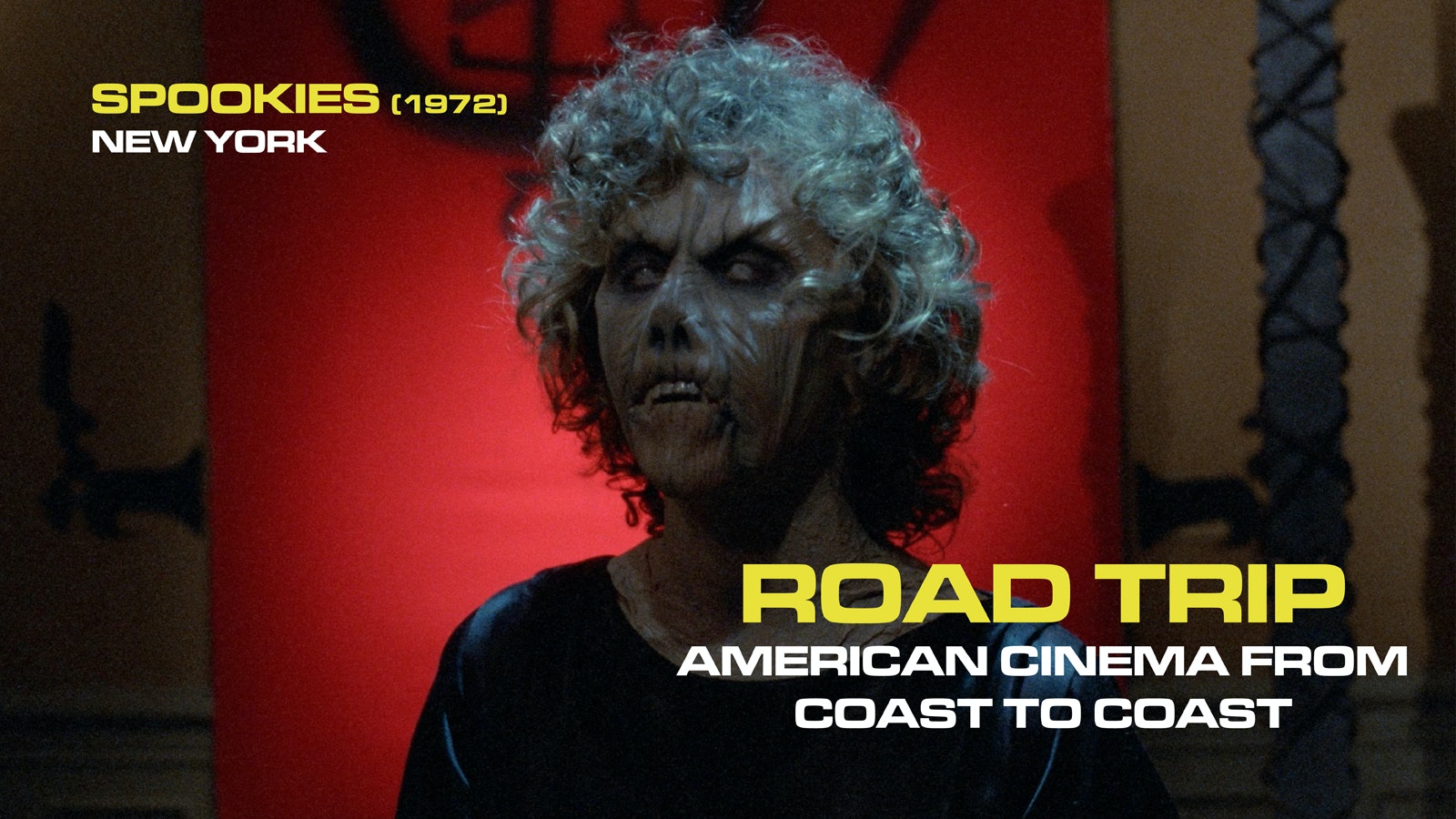 The long, contentious production of Spookies began with an original shoot at the Rye, New York’s Jay Estate—the former home of Founding Father John Jay, playing a haunted house!—in 1984, carried on through two years of re-shoots, re-casting, and bitter acrimony amongst all parties involved, and ended with a cursory release in 1987. If this sounds like a recipe for an absolute mess, you’d be right, but it’s a lively, magnificent mess of a movie, a work of undeniable élan, an Exquisite Corpse experiment in bric-a-brac filmmaking that’s like a Halloween store clearance sale on Nov. 1st. Step right up to Spookies and you’ll see a warlock named Kreon, a hook-handed werecat, an Ouija board séance, a Grim Reaper, some surprisingly nasty kills… almost everything, really, but a cogent plot. But there’s a lot of plot lying around out there, and there’s only one Spookies.