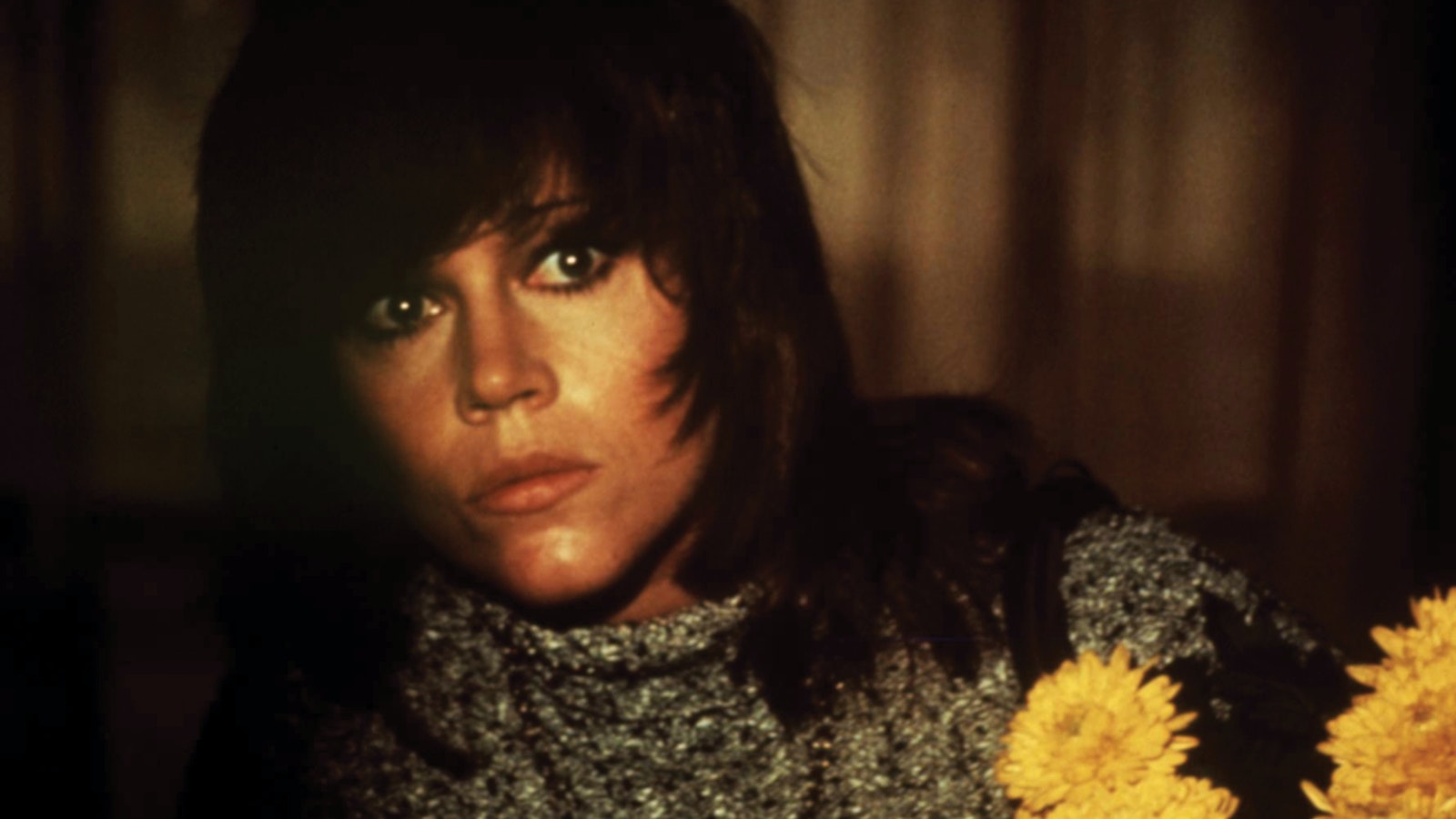 In her first film of her pivotal ’70s, Fonda gave her most exalted performance as Bree Daniels, a Hell’s Kitchen–dwelling sex worker and aspiring thespian being stalked by a sociopath. The initial installment of director Pakula’s “paranoia trilogy,” Klute most strongly bears the authorial stamp of its lead actress, here brilliantly plumbing dread, bravado, and the irreconcilable feelings that she has for Donald Sutherland’s laconic private investigator.