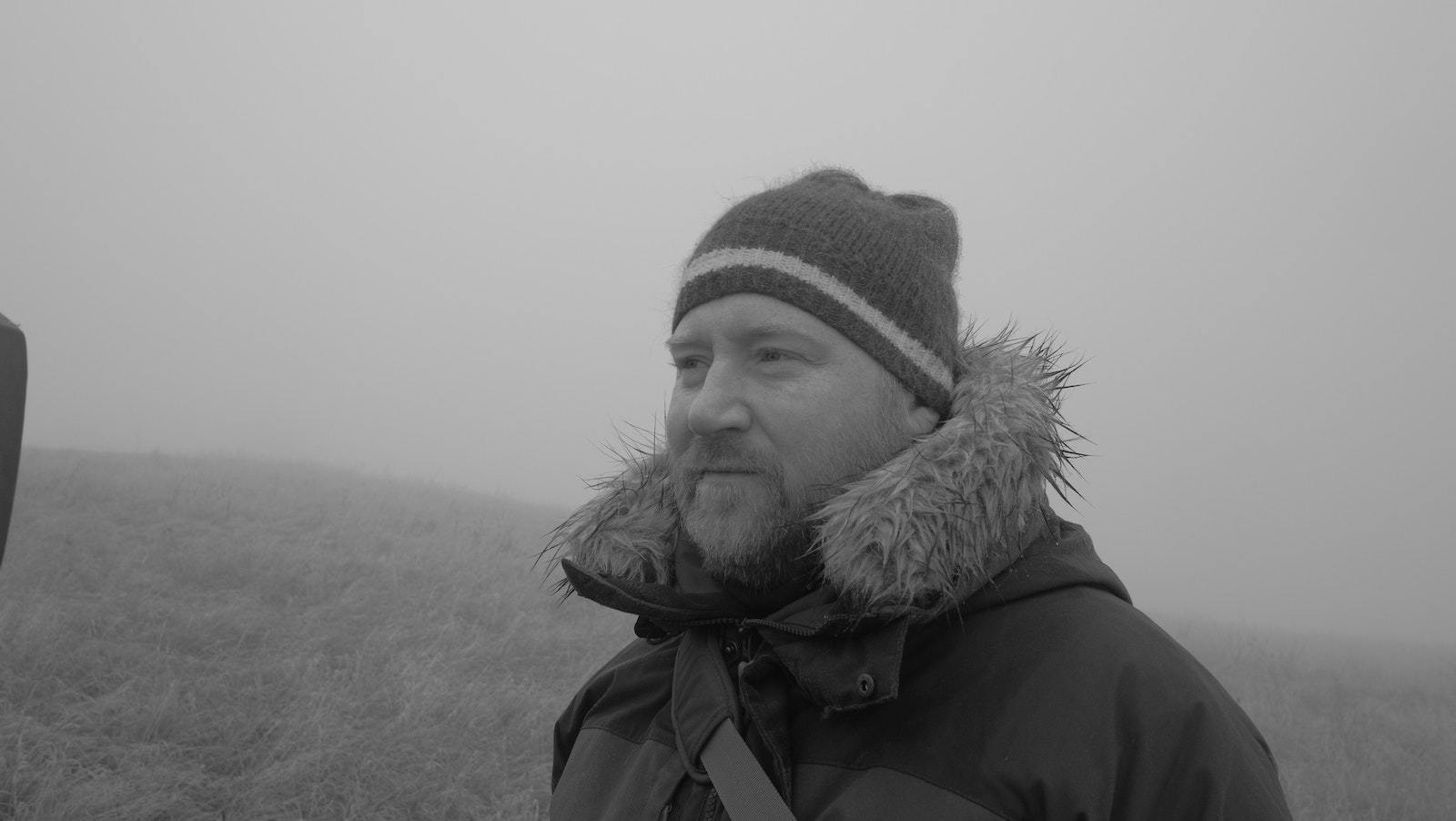 A tribute to the late composer Jóhann Jóhannsson.

Last and First Men streams At Home through January 31. 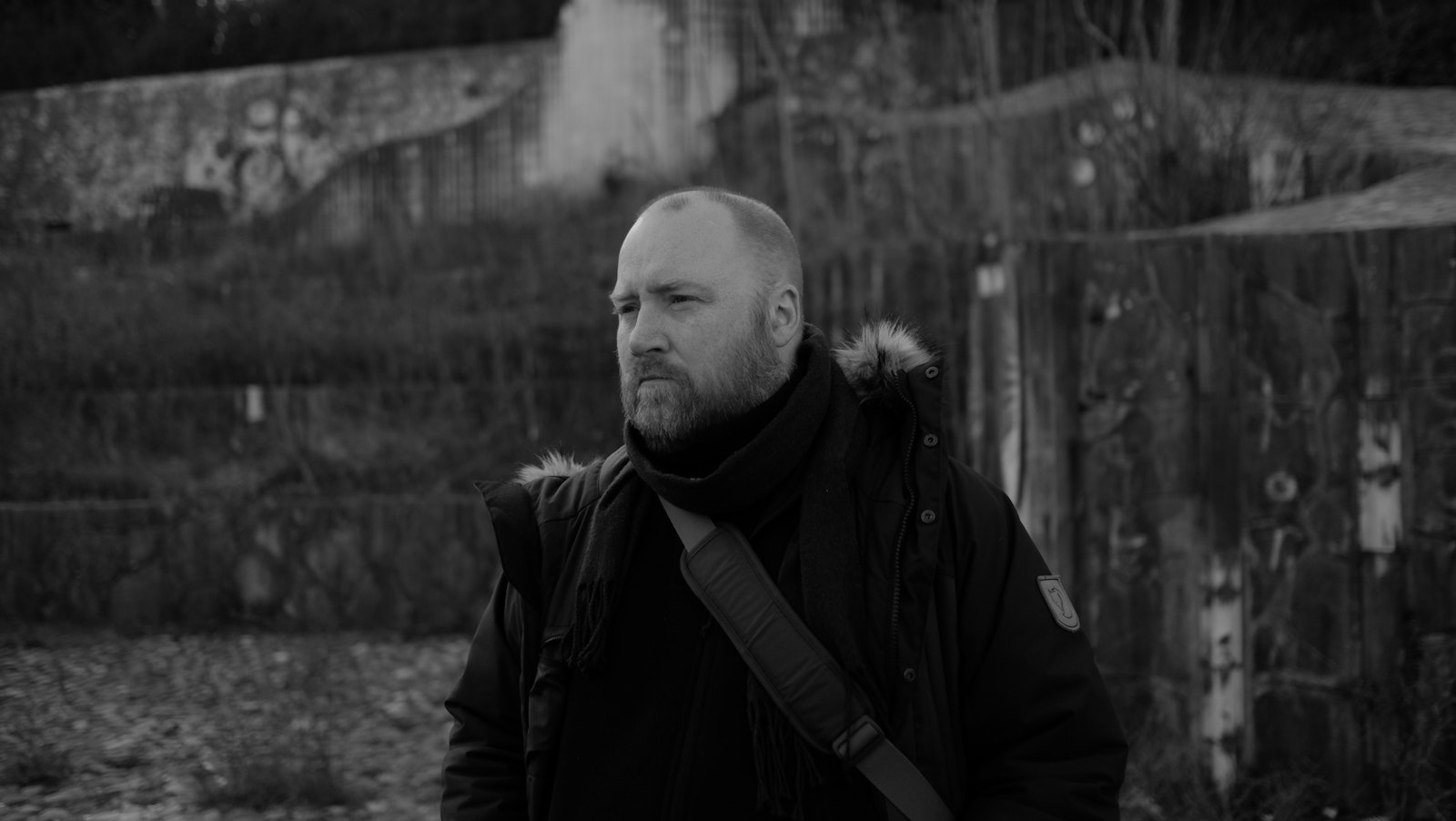 At the beginning of any Jóhann Jóhannsson piece, there’s often the expectation of a crescendo. The first and only feature film that the Icelandic composer directed, Last and First Men (2020), starts silently—contemplating a war memorial in former Yugoslavia with brutalist lines, which jut up into a cloudy sky. Soon, a swell of woodwind, brass, strings, and vocals rolls in like thunder. It’s difficult to parse a dominant instrument from this alien confluence, but the first words of Tilda Swinton’s narration are fitting: “Listen patiently.”

Although Jóhannsson passed away in 2018 at the young age of 48, it’s remarkable how much experimentation he did embark on as a musician. Across his earliest ragtag bands in Reykjavik through to his grand major studio film scores, Jóhannsson’s textured orchestrations are sonically varied yet maintain a consistent thematic palette: analog gear, grand dynamic shifts, an existential preoccupation with the passage of time. For these reasons, his scores feel particularly at home in science fiction, especially Denis Villeneuve’s movies, and the cult 1930 Olaf Stapledon novel that underpins Last and First Men. Jóhannsson’s crescendos resemble torrential ocean currents that may be difficult to surf logically but settle into deep-cutting, melodies of elegiac simplicity; his music mines pathos from the outermost limits of rational understanding.

Apart from childhood trombone and piano lessons, Jóhannsson’s first adventures in music came when he started playing in rock groups as a teenager in the 1980s. At 19, he was the lead vocalist and guitarist of the post-punk trio Daisy Hill Puppy Farm, named after Snoopy’s cozy birthplace in Peanuts. Although DHPF only released two EPs and a cassette of demos, they attracted some overseas hype when BBC Radio 1 DJ John Peel added their cover of Blondie’s “Heart of Glass” to his program’s rotation. Their version is unmistakably influenced by the Jesus and Mary Chain’s particular brand of noise; distorted, layered guitar washes over the low vocals while the fluid mix propels forward within the tight framework of a pop song (Steve Albini was another fan of the band’s sculptural sludge).

Jóhannsson would go on to play with several cross-genre heavy-hitters in Reykjavik: alt-rock fixtures HAM; the synth-pop outfit Lhooq; and the trip-hop duo DIP, a collaboration with Sugarcubes drummer Sigtryggur Baldursson. Of these bands, the clearest thematic precursor to Jóhannsson’s orchestral sensibility is perhaps the Apparat Organ Quartet, fundamentally an analog celebration of analog technology. The band embraced the natural glitches of their vintage European organs and synthesizers, playing each note manually, rather than relying on computer programming, and often custom-rewiring their instruments. Instead of retrograde technological fetishism, there was something philosophical about their approach: a humanist rendering of shifting technological tides.

While working with the Icelandic artist cooperative Kitchen Motors, Jóhannsson found himself on the path toward his earliest post-classical pieces; he was increasingly inspired by minimalism, especially Steve Reich’s emphasis on repetition and counterpoint, and Moondog’s experimental ambiences. All of this comes together in his debut solo outing, 2002’s Englabörn; in the opening track, he filters through a vocoder a reading of the Latin poet Catullus’s “Odi et Amo”, a tempest-like declaration of love and hate, and then drapes it atop a bed of strings. Throughout the album, Jóhannsson contrasts acoustic and electronic textures—the softly percussive sound of a plucked harp is juxtaposed with the heart palpitations of a drum machine, for instance—to create an album of yearning warmth, often close to the expansive rush of Sigur Rós or Radiohead’s Kid A.

After that, Jóhannsson’s music moved more explicitly toward narrative, influenced by his literature studies at the University of Reykjavik. His second album, 2004’s Virðulegu Forsetar (2004), was shaped by, amongst other things, novelist Thomas Pynchon, with the brassy voices ostensibly recalling the muted post horn of The Crying of Lot 49, and the pair of concept albums that followed later in the decade—IBM 1401 A User’s Manual in 2006, and Fordlândia in 2008—are particularly emblematic of his interest in the passing of time and technology. The former, Jóhannsson’s first album signed to 4AD, is an homage to his father’s day job as a maintenance engineer for IBM’s 1401 Data Processing System, an early computer that was discontinued in 1971. Jóhannsson’s father, also an amateur composer, programmed some melodies into the 1401 before it was taken out of service; these fragments, along with readings from IBM’s instructional manuals, form the basis of Jóhannsson’s nostalgic project. In this context, Jóhannsson’s trademark crescendos create a stirring sense of physical and emotional depth—strings seem to come closer before receding into the mix, as though watching a moment in time briefly ignite and fade—and his use of echo, sustain, and reverb subtly enhances this nostalgic quality. Fordlândia, whose initial spark was the tale of Henry Ford’s doomed expedition into the Amazon rainforest in search of rubber, strikes a similar nerve, but the sonic drama is more grandiose and crisply produced; the album seems to spill off its canvas in search of a narrative complement. 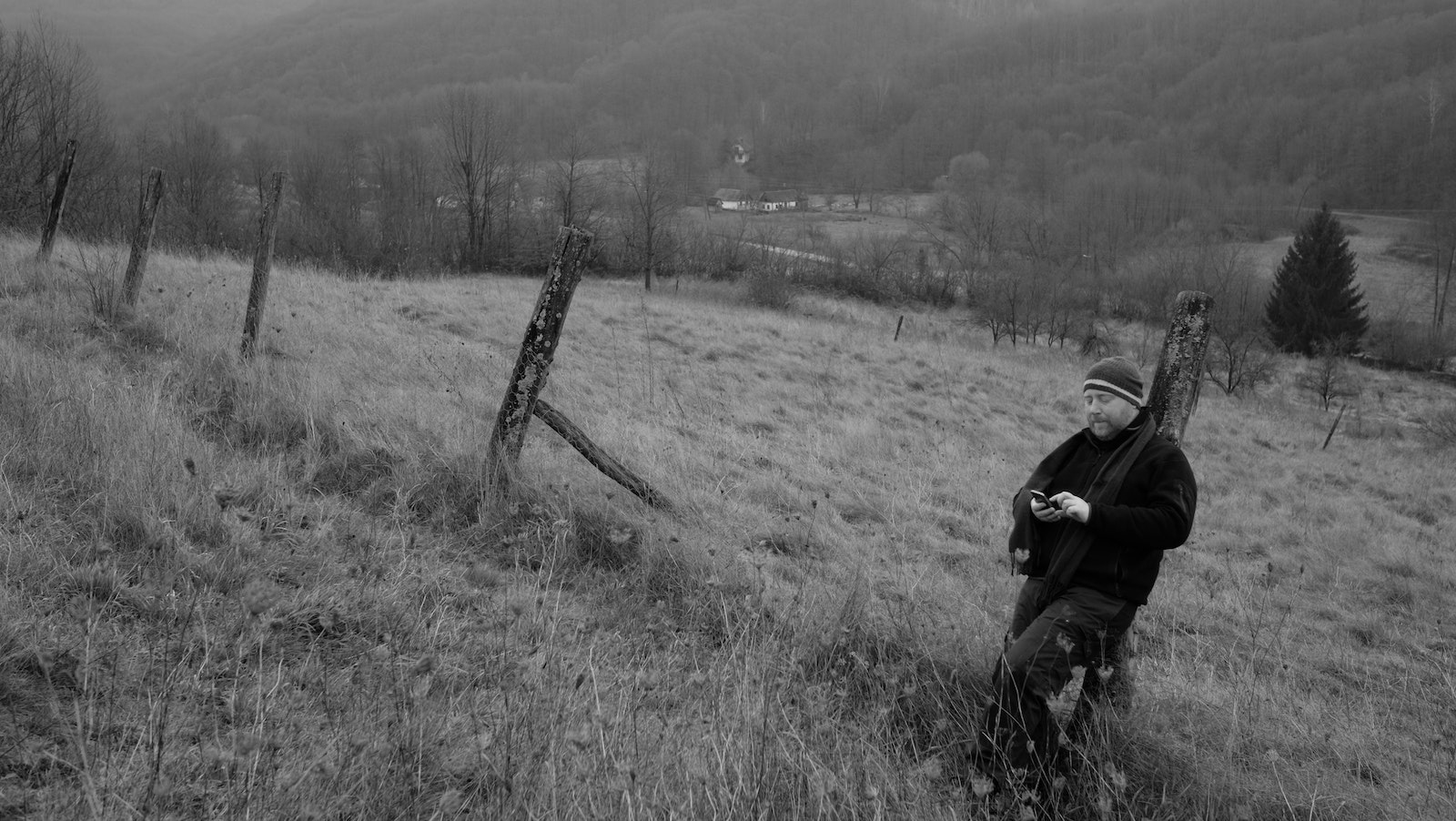 Jóhannsson found perhaps the ideal conversation partner in archival filmmaker Bill Morrison, with whom he collaborated on his breakthrough movie score for The Miners’ Hymns (2010). A wordless documentary about the coal mining communities of northeastern England, its textured images excavate the past, the unbridgeable distance heightened by an eerily slowed frame rate. Most affectingly, Jóhannsson’s score was written with live performances at the Durham International Brass Festival in mind, a tacit nod to the departed miners’ extracurricular colliery bands. The arrangements further conjure the ghost of the workers’ collectivity, a loss that feels especially pronounced when the music accompanies footage of miners being besieged by Thatcher’s police force during the 1984 strike. “[Jóhannsson’s work] is often described as cinematic music—it’s very easy to edit to,” Morrison told the BFI. “What’s difficult is music with a lot of notes; instead this swells, so you just hook on to these different levels of escalating emotion.”

As Morrison’s words suggest, Jóhannsson’s soundtracks tend to burrow into a film’s themes rather than underscore narrative beats. Although his Oscar-nominated score for James Marsh’s Stephen Hawking biopic The Theory of Everything (2014) is fairly traditional, Jóhannsson’s best scores arise often from adventurous instrumentation. His central motif for Villeneuve’s cartel caper Sicario (2015), “The Beast,” is the accumulation of eight contrabasses descending in unison over crunching electronic percussion; as it decrescendos, the theme seems to retreat into a three-dimensional cavern, an ominous soundscape in the vein of the eccentric Roman composer Giacinto Scelsi. Jóhannsson received another Oscar nomination for his second Villeneuve score, Arrival (2016), a tour de force of otherworldly sounds that suit the film’s exploration of alien language. Again, he crafted the score’s most mysterious moments through musique concrète techniques, heavy on tape looping and analog distortion; “Heptapod B” samples Joan La Barbara’s experimental voice piece “Erin,” while the main theme, “Arrival,” is built around an utterance that suggests a stranger version of a humpback whale’s song. In reality, it’s several stacked vocal layers from sound artist Robert Aiki Aubrey Lowe, aka Lichens, a frequent Jóhannsson collaborator who recently composed the similarly textured score to Nia DaCosta’s Candyman remake. Instead of electronically rendering the sound of extraterrestrial life, Jóhansson creates an estranged version of the familiar world, one which more keenly evokes a sense of the uncanny.

Jóhannsson’s final major score—for Panos Cosmatos’s psychedelic Nicolas Cage thriller Mandy (2018)—saw him team with frequent Boris producer Randall Dunn and Sunn O)))’s Stephen O’Malley on guitar. With Jóhannsson blasting through drone soundscapes, the aggressive timbre brings new energy to the spacious arrangements, which swirl around a complementary, tender love theme. Regardless of whatever genre he slips into, Jóhannsson’s versatile soundtracks are shaped more definitively by this ethos—finding humanism within dramatic textural contrasts—than any rigid aesthetic. This aligns him with a generation of composers from non-classical backgrounds who dwell in the nuances of ambience: Ryuichi Sakamoto, Mica Levi, Jonny Greenwood, Alex Somers, and Hildur Guðnadóttir, who co-scored Garth Davis’s Mary Magdalene (2018) with Jóhannsson and plays cello on Arrival and Last and First Men. When it comes to film scoring, plans are sometimes fluid—Jóhannsson decided with Darren Aronofsky that mother! (2017) would be more powerful without a conventional score, so he shifted his attention to sound design; elsewhere, his unreleased score for Blade Runner 2049 (2017) was rejected in favor of the blockbuster-approved pageantry of Hans Zimmer. But, as Jóhannsson told Red Bull Music Academy in 2017, “Virtuosity is of no interest to me at all.” With Last and First Men as his bittersweet last statement, this seems especially true. His music is a humbler call to “listen patiently”: to press our ears to life’s vast mysteries and see what stirs within.

Chloe Lizotte is the Contributing Editor at Le Cinéma Club. Her writing has been featured in Reverse Shot, Film Comment, Vulture, and Cinema Scope, among other outlets. 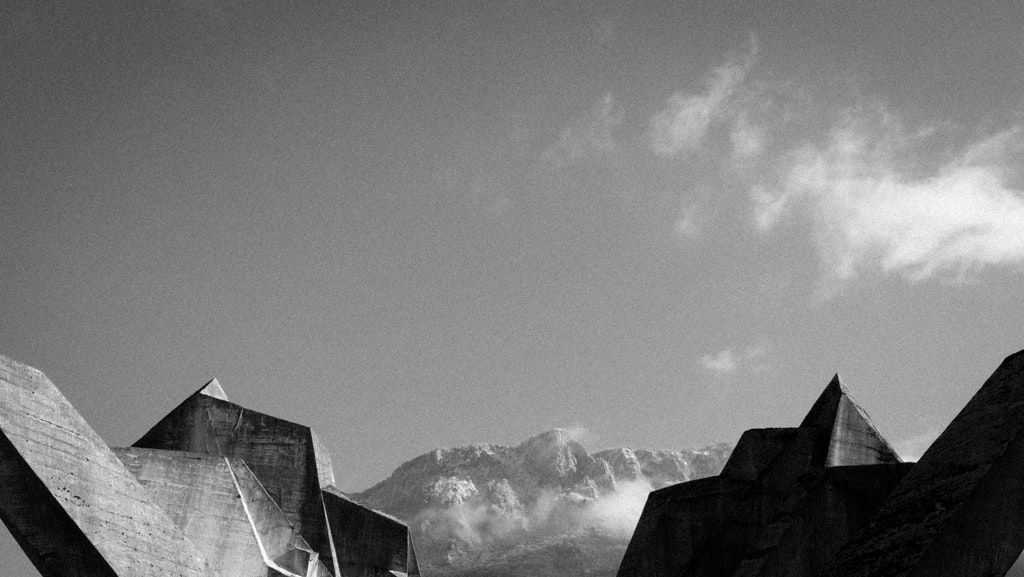 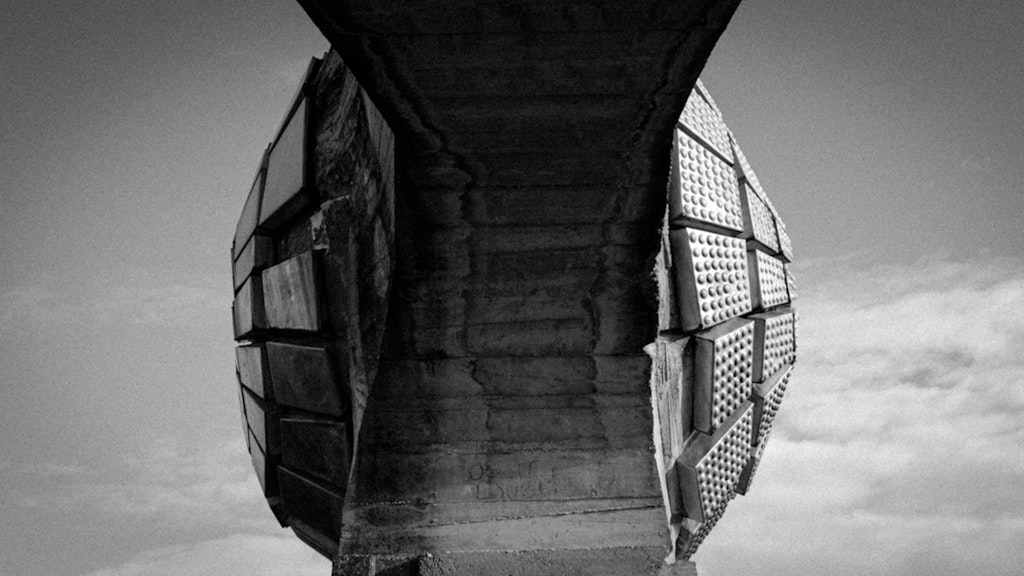