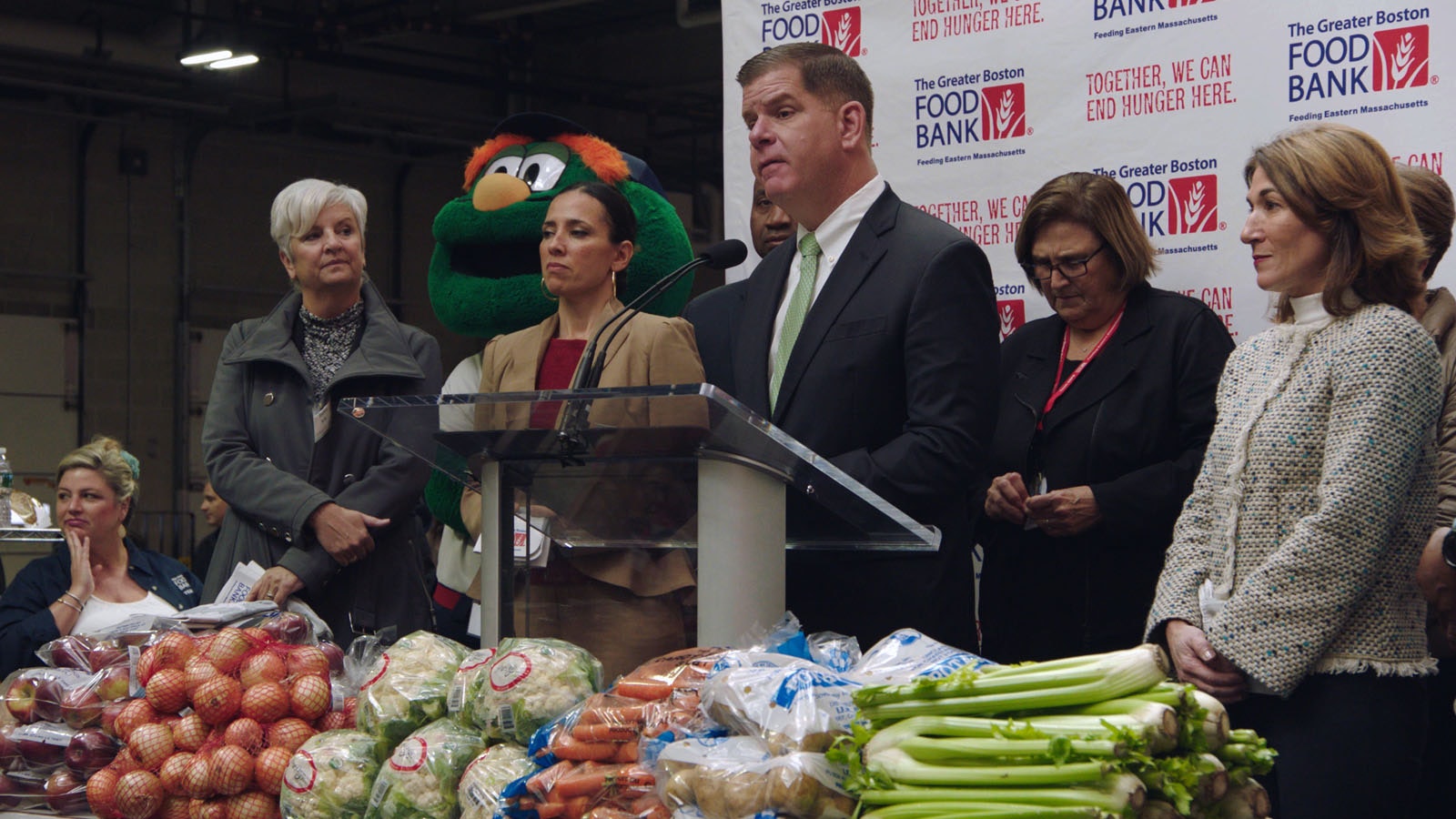 Today, Frederick Wiseman’s films play like reminders of all the
mundane, uncinematic elements of daily life we’ve been missing
throughout the pandemic. 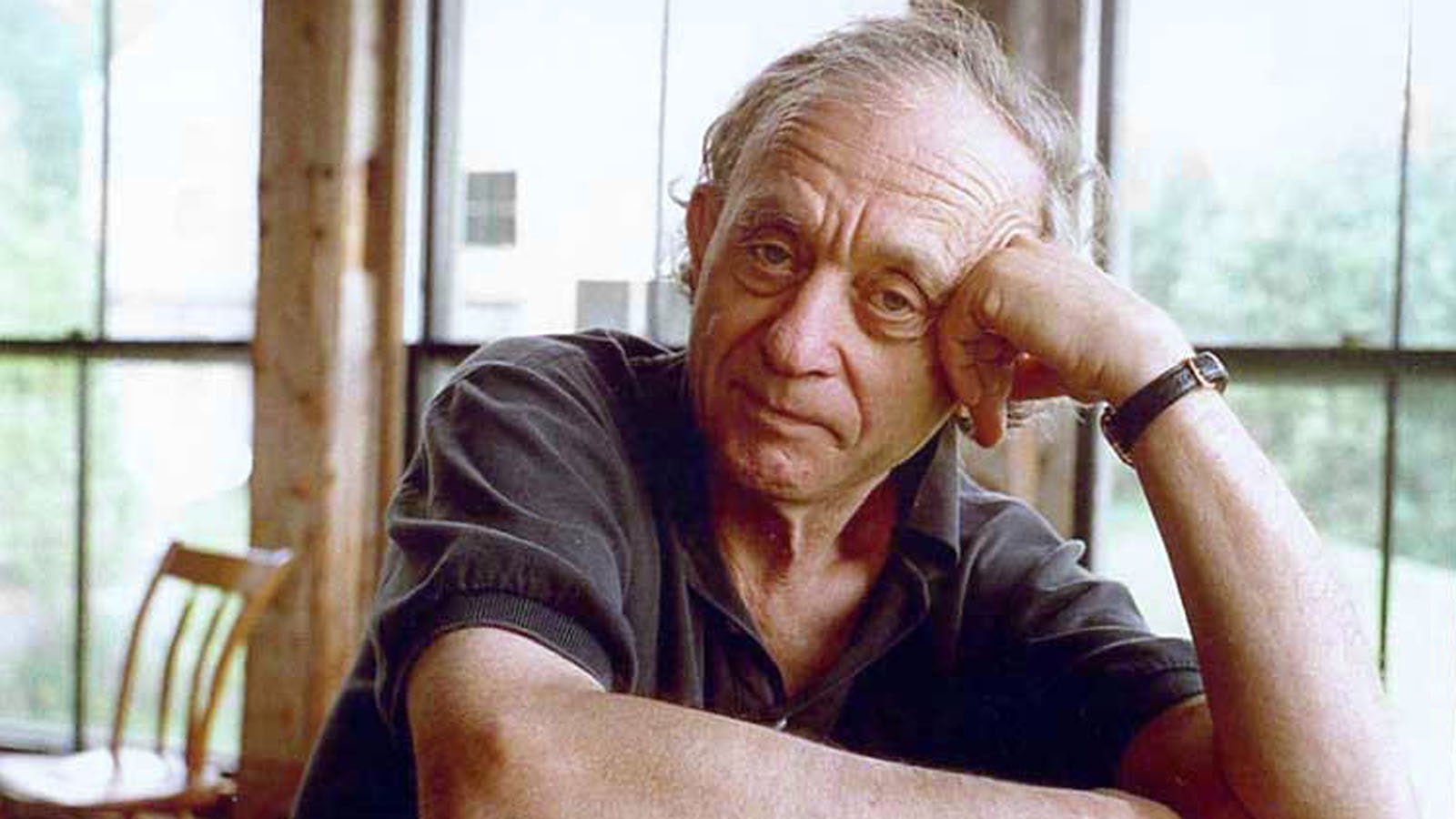 Imagine, for a moment, you’re at an in-person meeting. It’s tedious and in your opinion unnecessary—the last place you want to be. The current speaker seems to have taken pains to find the most roundabout and repetitive way of conveying a simple point. Your fellow attendees sit slack-jawed, or chewing their pen caps, their faces a tapestry of boredom.

And then the speaker says the wrong word, or makes an awkward physical gesture, or utters something accidentally profound, and you’re moved, in spite of yourself, by the pathos of the scene. You start to watch him with more pity, more compassion, as he tries earnestly, straining against the limits of his own articulacy.

Such moments exist almost entirely outside the filmic repertoire. That’s in part because their impact depends on being unscripted, and in part because most filmmakers are allergic to boredom. Even documentaries tend not to afford their viewers this particular voyeuristic pleasure. Generally speaking, the editor of a documentary attends scrupulously to imperfections, excising repetition, leaving in awkwardness and mistakes only for pointed comic effect. In television and movies, we’re accustomed to watching speech cut down to its essentials, rid of not only “um”s and “uh”s but also the circular patterns, dull rhetoric, and lost trains of thought that characterize how most humans go about making themselves understood.

The films of Frederick Wiseman practically constitute a protest against this omnipresent style of editing. Wiseman has directed roughly a movie a year since 1967, and rather than bowing to the standards of documentary filmmaking as they have developed in that time, he has only grown more determined to linger on his subjects at length. Where anyone else might cut off a mediocre orator mid-lecture, Wiseman preserves the integrity of the speech, letting him talk for three, four, five minutes/multiple minutes uninterrupted. It’s part of what makes Wiseman’s films distinctive—and he is one of the few stylists, especially within nonfiction moviemaking, whose work is instantly identifiable. This is odd because his films are also notable for their lack of stylistic elements: no interviews, no voiceover, no soundtrack. Unlike the bulk of filmmakers working today, Wiseman trusts the viewer to take an interest in what he’s interested in, to pay his subjects the close attention we’re often too impatient to apply in our off-screen lives. He asks us to notice the dynamics at play in an administrative meeting (in what ways is the person in charge responding to her subordinates?), or the rehearsed speech of a docent (what details is she picking out about the painting?), or the mechanism by which a garbage truck works (how will it break down a filing cabinet?). 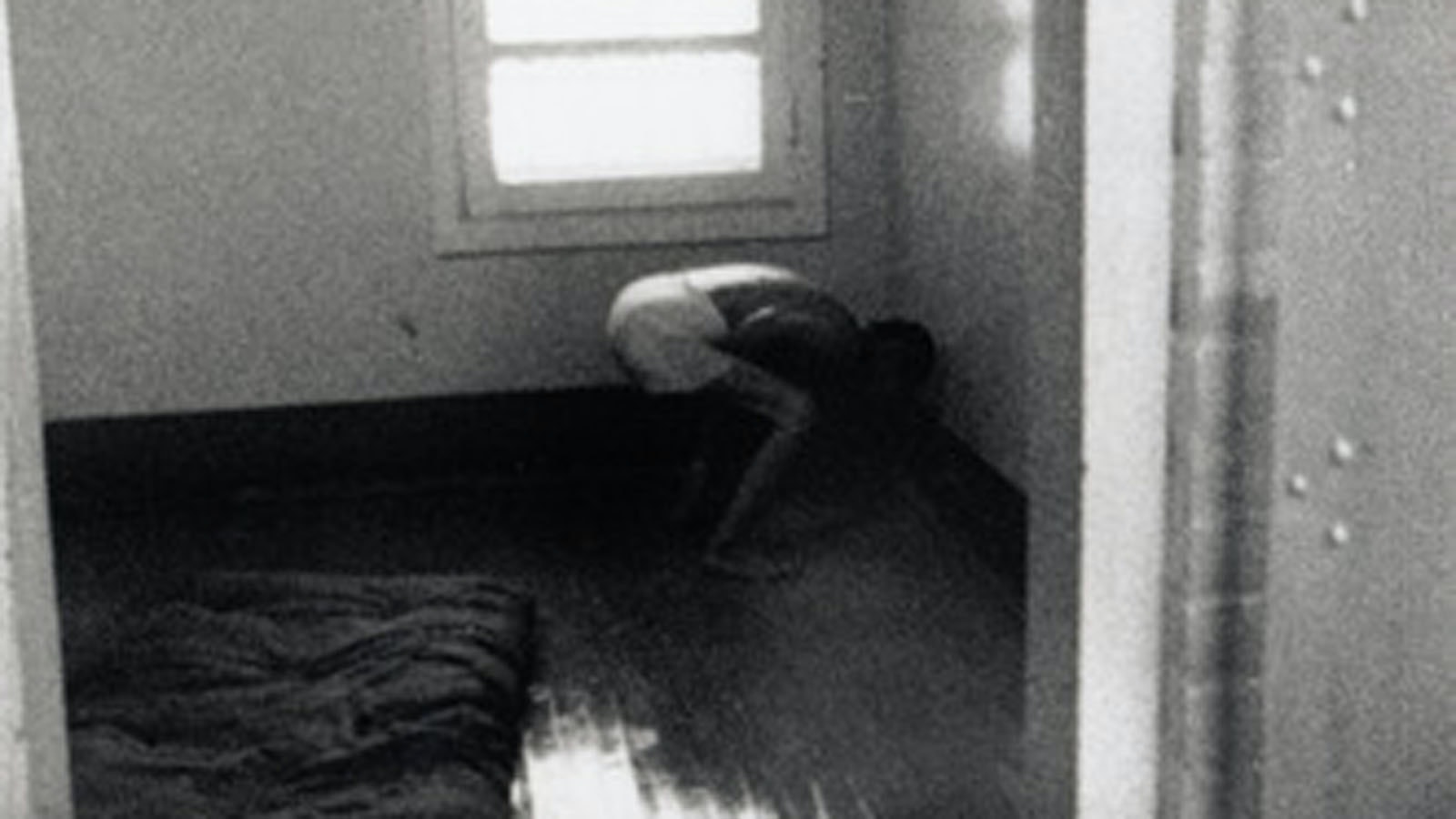 Wiseman doesn’t like to talk about his work. He gives nearly identical quotes to everyone who interviews him. He hates the terms “documentary,” “observational cinema,” and “fly-on-the-wall,” and calls his films fictional because they are composed via a series of subjective choices: what to record, which shots to use and which to discard, through what structure to introduce a world to his viewers. He refuses to summarize the “message” he’s trying to get across or to boil his films down to anything more succinct than their full runtimes.

Wiseman is often described as the master of depicting institutions. When he began his film career, he was still teaching law at Boston University. He got permission to take recording devices behind the closed doors of Bridgewater State Hospital for the criminally insane, a facility he had toured with his students. The result, Titicut Follies (1967), is nauseating to watch, and it was censored by Massachusetts state courts until 1991 on the grounds that it invaded the privacy of the inmates, whom Wiseman filmed undergoing intense physical and psychological abuse.

After Titicut Follies, Wiseman recently told an interviewer, “I had the idea of doing a series of films on other institutions. And it seemed to me that the appropriate second film after a prison for the criminally insane was a high school.” It’s a series he has kept going for his entire life. (He is now 91.) If his early films, with their jarring images—of force-feeding (Titicut Follies), police brutality (Law & Order, 1969), and induced projectile vomiting (Hospital, 1970)—evinced a 1960s antiauthoritarian streak, his later work is calmer, slower-paced, subtler. He shows ballet performances in their entirety; long conversations among well-meaning, ordinary people; minimum-wage employees preparing pizza rolls with care. This year, The New York Times Magazine asked if his body of work, in total, realized the old dream of the Great American Novel.

During the years of the Trump administration, Wiseman garnered near-ecstatic coverage in the media. Though he did little differently, his films were received as protests against everything the President represented—his assault on American institutions and his impoverished view of American life. “Trump made that movie a political movie,” Wiseman said of Ex Libris: The New York Public Library (2017). 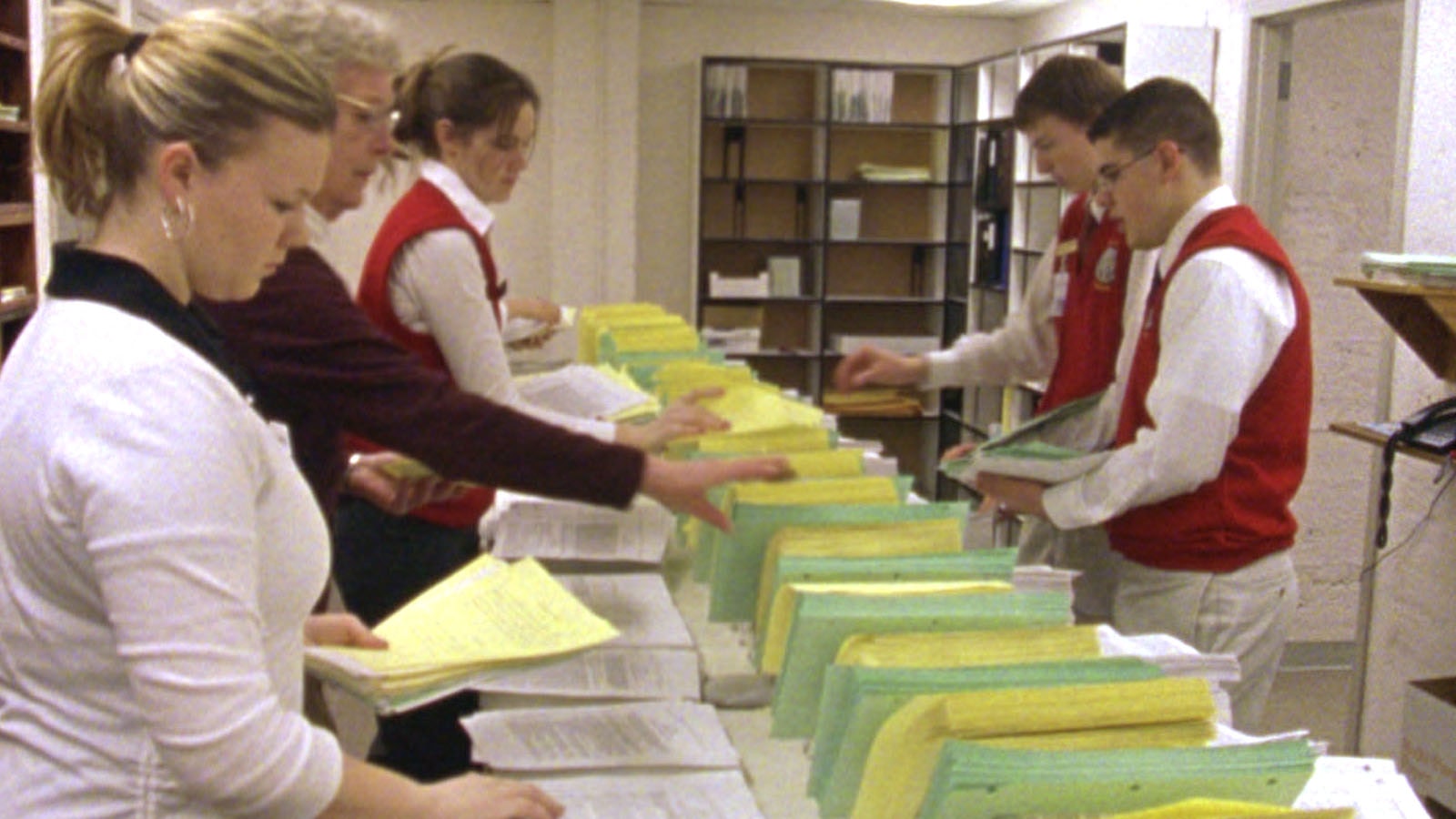 Together with Monrovia, Indiana (2018), these films form a composite portrait of government on a state, city, and local level. It is an optimistic and largely uncynical vision of American civic engagement, shown full of hard-working, ordinary public servants. Wiseman devotees will savor the Boston accent on “we put social justice at the haaht of our vision,” or the small-town discussion of how to be “wise stewards of our community.” (People in Monrovia don’t bring up national politics, and in 2 hours and 23 minutes, Trump is not mentioned once. Instead, they talk about their health and about people who’ve fallen ill or died; their debates are over issues like the placement of park benches.)

Unlike film, digital files—to which Wiseman only recently made the switch—don’t degrade, but that doesn’t mean they remain unchanged by time. Movies are experienced differently in different moments, by audiences primed to pick out different threads or locate different contemporary resonances. If Trump made Wiseman’s films look like paeans to liberal values, COVID-19 has coated them with a nostalgic tint. This year, they play like a chronicle of a world filled with all the small annoyances and human variety to which, for the moment at least, we don’t have access: the habitual courtesies of people sharing an office; a well-attended middle-school dance performance set to bad music; long, winding monologues; a full eulogy given by someone whose worldview you don’t necessarily share; co-workers joking under their breath to neighbors in a meeting; crowded bleachers in a high-school gym; badly delivered jokes; clumsily worded, well-meaning discussions of race; an awkward exchange of wedding vows according to a tradition you don’t recognize; conversations in which old colleagues listen attentively to the young, and vice versa; a teacher’s beatific recounting of the victories of a local high-school football hero; public addresses read off papers, in a monotone; facial tics; the sounds and sights of a new place, available to notice at length. These are the kinds of things we miss out on when strangers’ faces are covered with masks, when we’re trying not to get too close for too extended a period of time—the unasked-for encounters that jolt us out of our private headspaces and confront us, unexpectedly, with the flawed, embarrassing humanness of others. On Zoom we’re not watching bored faces: we’re watching people watching themselves. •

Rebecca Panovka is a writer and the co-editor of The Drift. 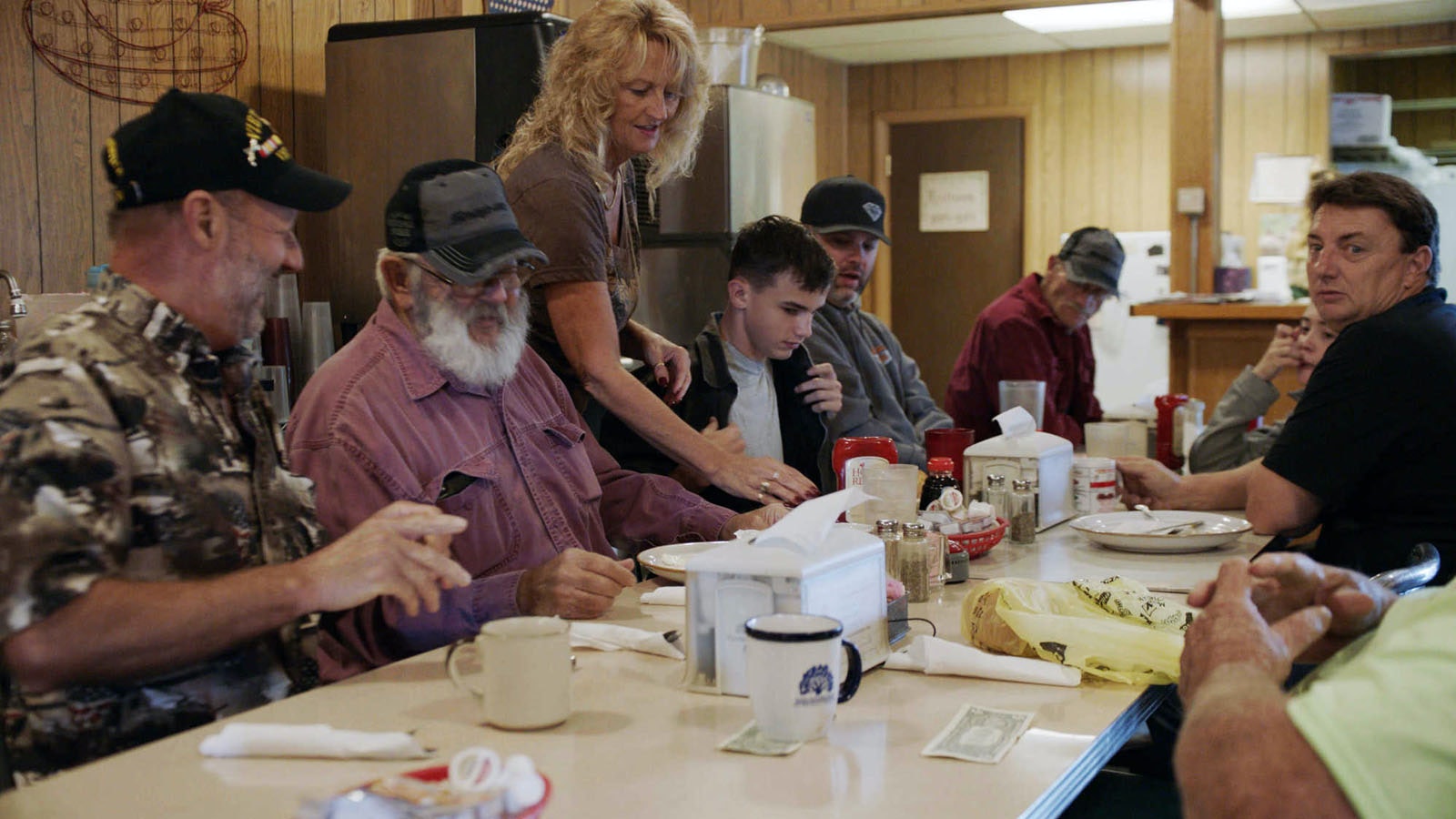