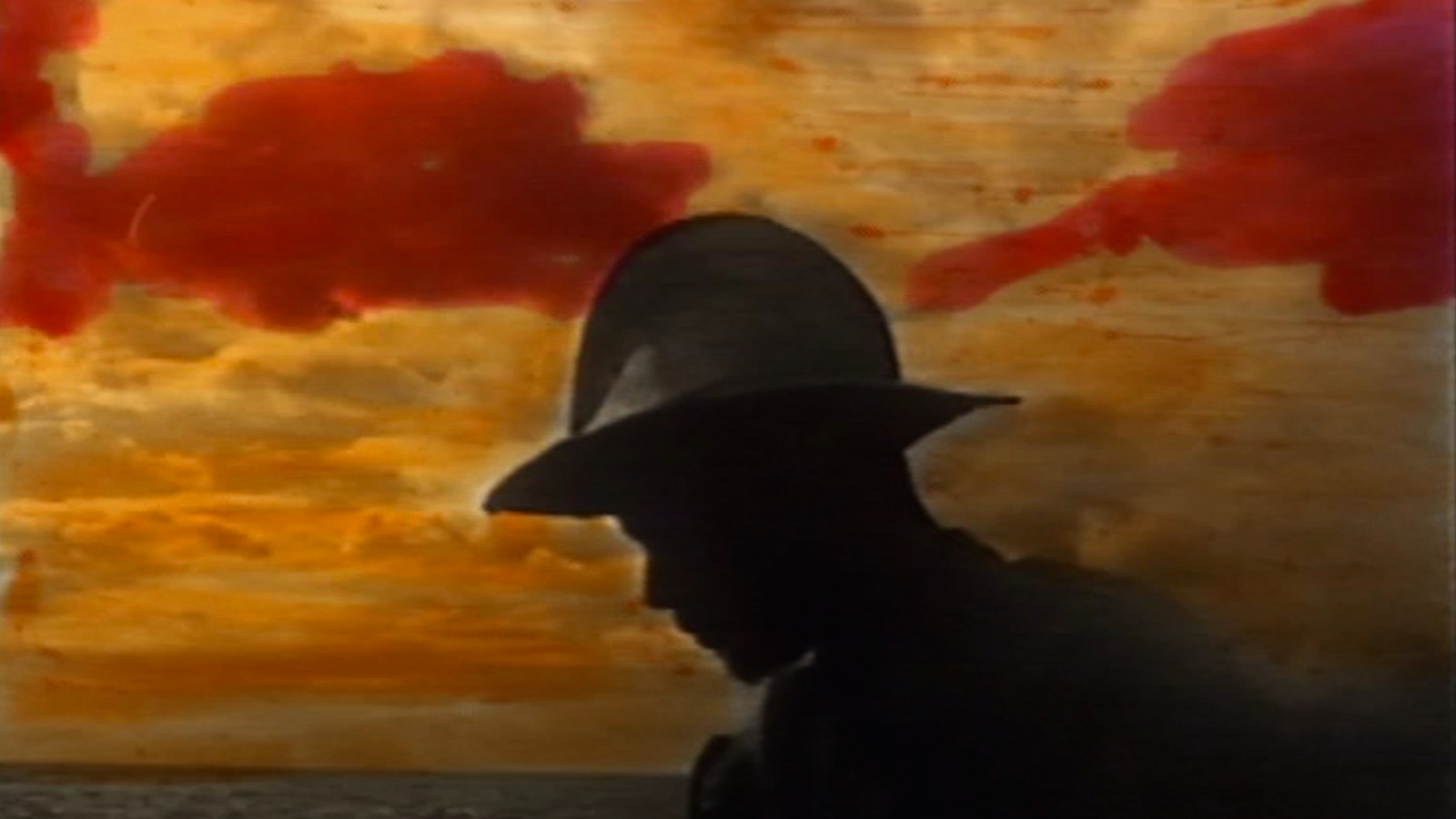 The Kalampag Tracking Agency inaugural program screens in theatre at Metrograph on Sunday, August 14, and At Home from August 14.

Founded by filmmaker Shireen Seno and artist Merv Espina, the Kalampag Tracking Agency is an archival project and curatorial initiative that spotlights experimental cinema from the Philippines. Its inaugural program brings together work made over a 30-year period, from 1989-2019, and in a range of styles and formats, including Super 8, 16mm, and a variety of digital video technologies. Produced far from view of the Philippine film industry, in underground and artist-run circles, these films—many up to now all but lost—thrum with the freedom and inventiveness of enterprising image-makers unbeholden to traditional modes of expression and representation.

In older titles such as 1989’s Rust, and Once Upon a Time, and 1990’s Riddle: Shout of Man, techniques like optical printing, hand-colorization, and the use of found footage are employed in a thrillingly rough and ready fashion, as if their makers were discovering these methods in real time. (And in a sense, they were; all three were created in a series of workshops led by German filmmaker Christoph Janetzko.) Produced largely in the wake of the military dictatorship under President Ferdinand Marcos, these and other early works in the program—particularly Roxlee’s ABCD (1985) and Johnny Crawl (1988)—betray the unrest and indignation of the era, and speak to the imaginative moxie of artists working in opposition to the homogenization of thought and entertainment. Meanwhile, newer names such as Raya Martin, Miko Revereza, and John Torres have taken up the mantle, applying a dual lens of history and personal experience. Uniting the entire program is a unique spirit of creativity: playful, political, and unbridled.—Jordan Cronk

JORDAN CRONK: Can you tell me a little about your personal histories with this type of experimental cinema? When did you first became aware there was a history of it being made in the Philippines?

SHIREEN SENO: I was born and raised outside the Philippines. I grew up in Japan and spent my college years in Canada and the US. It was during college when I first watched Kidlat Tahimik’s Perfumed Nightmare (1977). I rented it on VHS from the Toronto Public Library, I just stumbled upon it by chance. That film really blew my mind. Around that time I’d also look for Filipino movies at TIFF—that’s where I started hearing about Lav Diaz, Raya Martin, Khavn De La Cruz, and John Torres. I became really interested in this movement.

Later I went to Manila not knowing anyone except my family, and I was able to befriend a lot of these filmmakers. At the time I was shooting photographs, and a young critic named Alexis Tioseco put me in touch with Lav Diaz, who invited me on one of his shoots to take stills. So I was sort of plunged into the scene. I loved it. Not long after, Alexis invited me to his house to watch some of the films that ended up in the Kalampag program. That’s how I got my first taste of this cinema. I had to see more. [Founder of the Southeast Asian film journal Criticine, Tioseco was one of Philippine cinema’s most ardent champions; in 2009, he and his partner, the Slovenian critic Nika Bohinc, were murdered in their Quezon City home in an apparent burglary.]

MERV ESPINA: I also grew up outside the Philippines, in Brunei. I think there’s a desire for those of us who grew up abroad to look for roots. I came to Manila when a lot of artist-run spaces and initiatives were active. A lot of these small independent spaces were hangout and drinking spots for different generations of artists. I found out about these works just by being at these places.

At some point, Alexis started programming the digital film festival .MOV, which exposed me to even more. Khavn De La Cruz also had an art space called Oracafe that was active in the late ’90s and early 2000s. These were important spots for me.

"I think a lot of these filmmakers were exorcising their demons through these films."

JC: As far as curating this first program, how did you conceive of it, in terms of things like style, era, format?

SS: We experimented with it a lot, but the impulse was always to bring together different generations, and not to have a linear or chronological program but to have these generations bounce off one another and create a new energy. We did a couple of test screenings at the University of the Philippines and at Green Papaya Art Project, and the program was much longer then—we had to divide it in two.

ME: Also, pragmatically, there were some films that we just couldn’t find, which is how the program become a kind of accidental archive… We also didn’t want to reduce the program to a single theme, but rather, like Shireen said, to allow the films to bounce off each other. When Shireen and I first met, we passed a lot of music back and forth; putting together this program was very much like making our own playlist.

JC: Three of the films in the program were developed during Christoph Janetzko’s experimental film workshops in 1989 and 1990. What can you tell me about these?

ME: Janetzko was among the most prolific and influential of the Goethe-Institut workshop facilitators. In the ’70s and ’80s he was making a name for himself in the experimental film scene in Germany and Europe, and he was also involved in experimental film forums that took place in Toronto and Manchester, which opened the eyes of a lot cinephiles in those cities. This triggered a series of workshops around the world, beginning in Manila in ’89 and ’90, and from there to Glasgow, Rio de Janeiro, Thailand, Hong Kong, and Seoul throughout the ’90s. In addition to Janetzko, instructors at these workshops included Harun Farocki and Werner Nekes, who taught things like optical printing.

JC: You mentioned that some of the films in the program were particularly hard to track down.

SS: Some, including the three from the Goethe workshops, we found on DVD in the library at the College of Mass Communication at the University of the Philippines. They were in really poor quality. For those first screenings, we showed the films in this poor quality to generate interest. Over the years we’ve been able to get better versions of the Goethe films, as well as the two Roxlee films, through different organizations. New scans were made by the LIFT Cooperative in Toronto and the AgX Collective in Boston, and then eventually the Asian Film Archive got on board to make even better scans of Roxlee’s works.

At some point the Film Development Council of the Philippines and the National Film Archive found out about the program, and they really wanted to screen it at their cinematheques, so we asked if they would look in their archives… and they did have original 16mm prints of two of the Goethe films, so they made new scans of those. They were actually really happy that we could point them towards works that were valuable and that needed to be scanned.

We continue to have trouble with a couple of films, particularly Tad Ermitaño’s The Retrochronological Transfer of Information (1994). Our copy is currently the best we have. Tad’s print got misplaced over the years, and when he did locate it at home it had turned to vinegar. 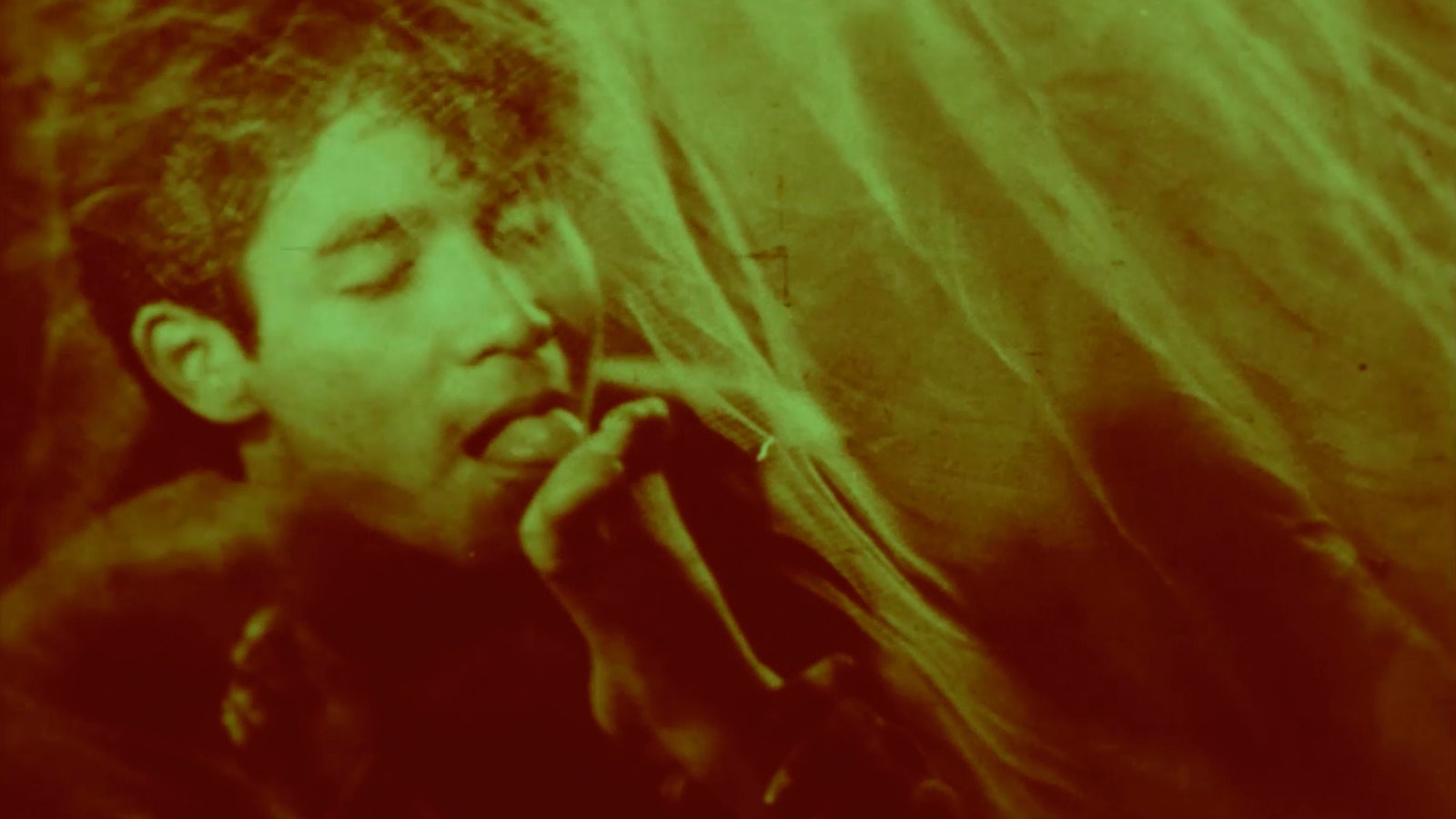 JC: How would you describe Philippine commercial cinema during that era? Based on the found footage we see in a couple of the films, particularly Riddle: Shout of Man, it seems to be action and genre-oriented cinema?

SS: The ’80s and ’90s were the heyday of these super violent action films. One film in the program, Chop-Chopped First Lady + Chop-Chopped First Daughter (2005), plays off what’s called the “massacre film,” movies that recreated and popularized a series of massacres that took place in the ’80s. That film juxtaposes footage of the failed assassination of Imelda Marcos and a massacre film starring Kris Aquino, the daughter of former president Cory Aquino, who succeeded Marcos. It plays off a lot of different trends: television, commercial cinema, and pop culture. It was just so violent during that era, and they turned that everyday violence into populist entertainment.

ME: The commercial film footage you see in some of the films, like Riddle: Shout of Man, came from a crate of studio film prints that was found half-submerged in a creek near the headquarters of Mowelfund, the workshop partner of the Goethe-Institut, which was located near a lot of the major studies. So when the second workshop came along, they thought, “Hmm, we could do something with this footage.” [Laughs]

JC: I’m curious how you think the political climate in the Philippines influenced these filmmakers over the decades? In terms of subject matter, the influence seems pretty clear, but I’m more interested in how the films are weaponized through form and style.

ME: As I’ve been researching the different Goethe-Institut workshops, I’ve noticed a lot of resonances between films from different parts of the world during similar time periods. We shared a lot of common experiences. Bangkok and Seoul, for example, were also coming out of military dictatorships around the same time. So you had a lot of these common concerns—it was process-oriented. I think a lot of these filmmakers were exorcising their demons through these films. A lot of the newer films were made during relatively more peaceful times, but in the time since we made the program things have sort of reversed. We had Duterte, and now we have Marcos… again. So there’s been a shift toward more political filmmaking recently.

SS: A lot of the early films provided an outlet for these filmmakers during the Marcos dictatorship, to make works that were satirizing what was going on. But like Merv said, it just keeps happening over and over. History repeats itself. There’s a continual sense of forgetting. This is a program that should be shown to everyone across the country, but there’s still this divide between high art and popular art. But we’re working on a second Kalampag program, which we hope can be seen by more people locally.

Jordan Cronk is a film critic and founder of the Acropolis Cinema screening series in Los Angeles. His writing has appeared in Artforum, Cinema Scope, the Criterion Collection, frieze, the Los Angeles Review of Books, Sight & Sound, and other publications. He is a member of the Los Angeles Film Critics Association. 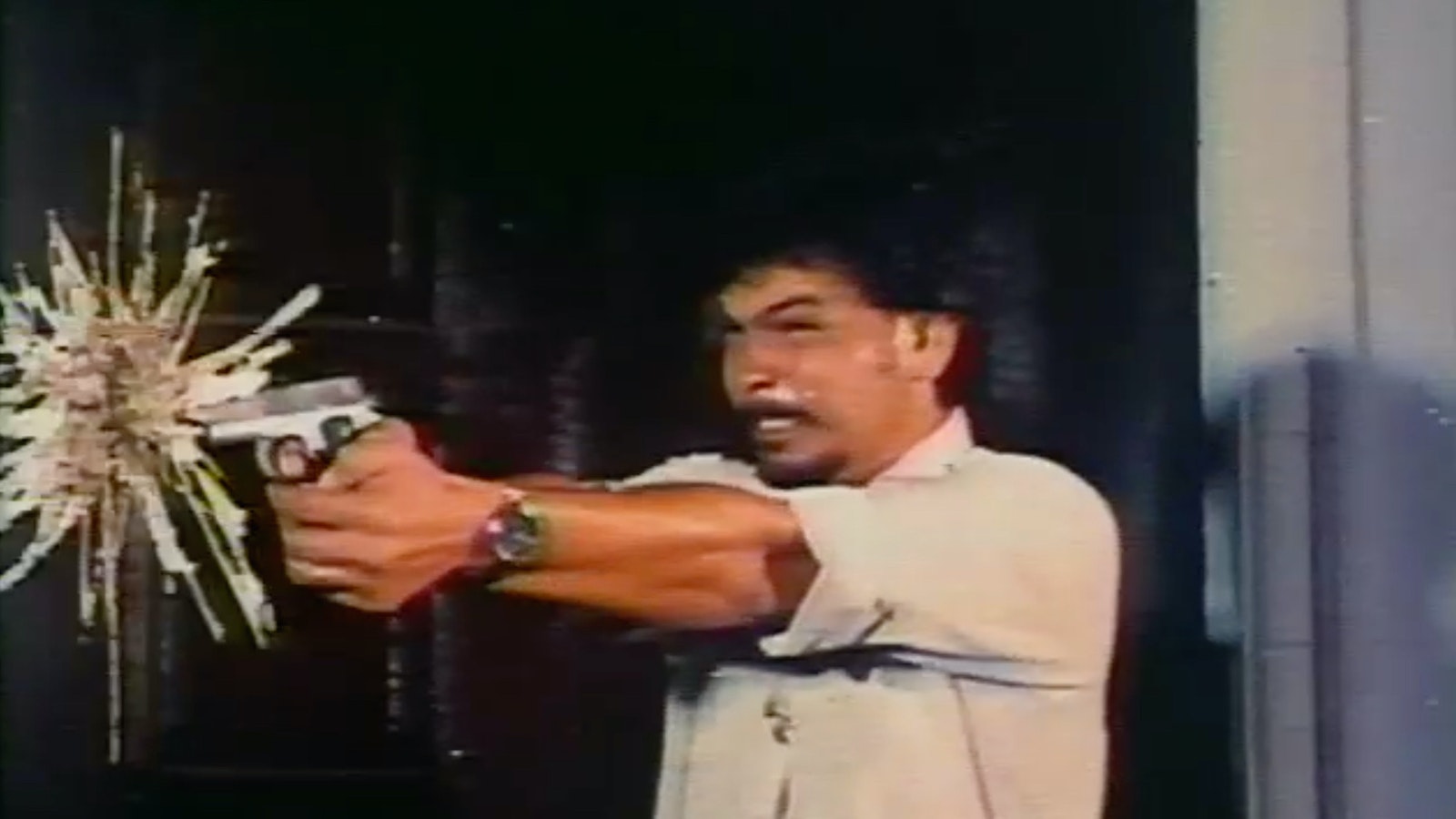