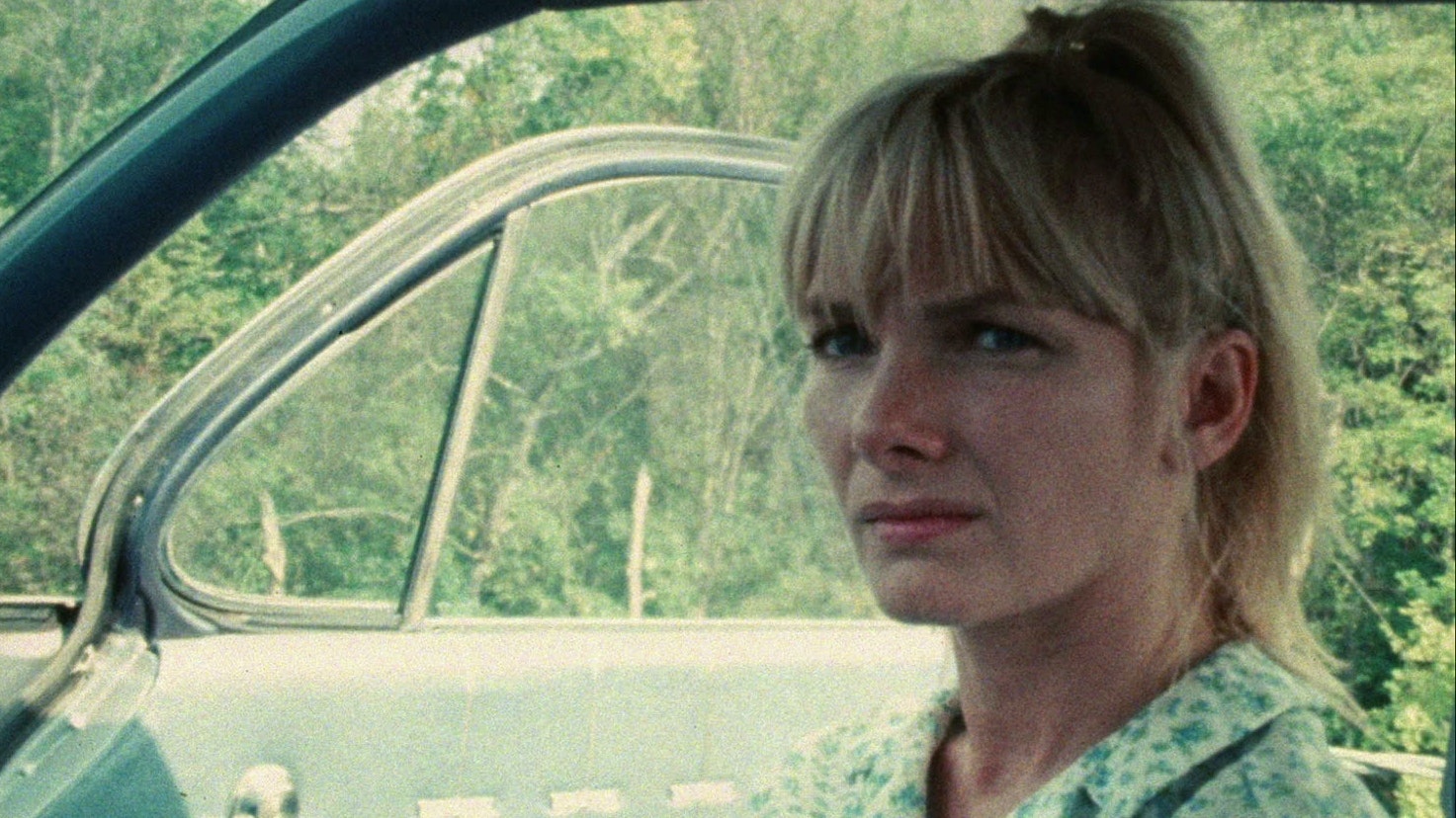 An excerpt from Nathalie Léger’s Suite for Barbara Loden (Dorothy Press), exploring the life and work of the Wanda director and star.

Wanda screens at Metrograph from June 3-9, as part of Metrograph Presents A-Z.

Later. Wanda is asleep in a motel room, in broad daylight, curled up naked under a sheet. Her empty, oversized vinyl handbag hangs from a hook like a piece of armor. She’s fast asleep; the man from the bar is moving about quietly; he tiptoes past the bed, furtively picks up his shoes; bends down then stands up again with theatrically quick movements: the silent, nimble ballet of the betrayer. That’s it, done. He grabs the suitcase, he’ll get away no problem; in a few minutes now he’ll be on the road, driving without a care in the world—but he bumps into a piece of furniture and she wakes up, hey, she jumps from the bed (suddenly, her fragile nudity), hurriedly starts pulling on her clothes, wait, she turns away, not from him but from us, from our gaze, a brief nod to modesty, wait a minute, he is leaving, she runs after him, wait! He hurries toward his car that’s parked by the motel room, she grabs her bag, still pulling on her blouse she runs after him, he starts the engine, she reaches the door, opens it, throws herself into the passenger seat, they leave. A few moments later the car stops in front of a small diner, he must have told her to go and get something to drink, but she doesn’t even have time to order a milkshake before he has driven off at full speed, leaving her behind on the side of the road.

I find out that when she was fifteen, Barbara Loden could have been crowned Miss Black Mountains, Miss Patriotic Bikini, or Princess Boondock, why not? She always said that North Carolina, where she was born, was hillbilly country. She escaped from there when she ran off to join Robert Brown’s Science Circus, where she earned $2 a show doing acrobatics to demonstrate simple laws of applied physics. She arrived in New York in 1949, seventeen years old and already quite knowing when it came to men. As Candy Loden she posed for photo novellas and women’s magazines. Here she is on the cover of FotoRama, illustrating the story “Where to find a girl,” in the classic pose of the 1950s pin-up girl, wearing a bathing suit, her hair a luxuriant blonde mane, her legs folded beneath her, looking directly at the camera with a knowing smile—though we can be quite sure that this knowing look conceals its opposite, the not-knowing-anything-at-all. It’s the same pose that Marilyn holds, without the bathing suit, in the photographs that Tom Kelley took for a calendar in 1949. Where does it come from? In what distant Neanderthal boudoir was it invented? Is it the sophisticated invention of a 19th century that saw the creation of so many objects designed to fulfill the desires of men? Is it an instinctive gesture of seduction, or the fruit of a long apprenticeship? I find out that for a while she earned a living dancing at the fashionable night club, the Copacabana (in 1950, in All About Eve, the suavely charming George Sanders introduces the ravishing blonde on his arm, it’s Marilyn Monroe of course, in one of her early roles—“Miss Casswell,” he declares, with exaggerated deference, “is an actress . . . a graduate of the Copacabana School of Dramatic Art”). I learn that in 1957 Barbara Loden acted in Compulsion by Meyer Levin, on Broadway; in 1959 she played a floozy in Look After Lulu; she appeared on television in the Ernie Kovacs Show (yes of course, that’s her, that tiny little thing who has been miniaturized with special effects, the little elf, the dream woman poking out of Ernie’s pocket, dancing on the tip of his cigar, chatting on his shoulder, so vivacious, always so vivacious. That’s her—always so lighthearted, even when she gets a cream pie or a dart thrown in her face by the entertainer; that’s her too, the woman that Ernie saws in half, always cheerful, of course, always laughing). I learn that she took acting classes with Paul Mann, an excellent teacher of Stanislavsky’s school of Method Acting, and she took other classes too—dance, elocution, singing. She met Elia Kazan when she was twenty-five and he was twice her age. He followed her into the bathroom of the recording studio where he was coming to the end of filming A Face in the Crowd; he wanted to fuck her right there. “Not so fast!” she said; she told him that a woman with any self-respect never does it the first time—the second time maybe (in Breathless, Belmondo puts it this way: “Women are never going to want to do in eight seconds’ time what they will be more than happy to do in eight days’ time”). I find out that Kazan kept trying to break up with her; and that in 1967 he married her.

And so Wanda is killing time in a shopping mall; walking slowly, she stops in front of a shop window, examines the mannequins’ white plastic bodies posed between huge bouquets of yellow and orange flowers, elegant hands hinting at movement, gazes turned toward some obvious common point, as time passes, oozing down the plate-glass window.

On February 21, 1971, Barbara told the Sunday News: “I was nothing. I had no friends. No talent. I was like a shadow. I didn’t learn a thing in school. I still can’t count. I hated movies as a child, people on the screen were perfect and it made me feel inferior.” Later on, in the Post: “I used to hide behind doors. I spent my childhood hiding behind my grandmother’s stove. I was very lonely.” Later still, in Positif: “I’ve gone through my whole life like I was autistic, convinced I was worth nothing. I didn’t know who I was, I was all over the place, I had no pride.”

I also discover that she liked Journey to the End of the Night by Céline, Nana by Zola, Breathless by Godard, Maupassant’s short stories, and Andy Warhol’s films.

And so Wanda is killing time in a shopping mall; walking slowly, she stops in front of a shop window, examines the mannequins’ white plastic bodies posed between huge bouquets of yellow and orange flowers, elegant hands hinting at movement, gazes turned toward some obvious common point, as time passes, oozing down the plate-glass window. Wanda is taking refuge in the descriptions of what she sees: a plain dress with opaque tights, a double-breasted check suit, a blonde fringe, a price tag, each detail more charged in substance and meaning than she is (what joy to find your life vindicated at last by the detailed and endless enumeration of everything that passes in front of your eyes), while beyond her the air shudders beneath endless lines of neon lights. Then we see her in full sunlight, walking even more slowly, almost as though she were counting her steps so that her journey won’t come to an end, won’t run its course too soon; occasionally, when she comes across a group of men, she smiles vaguely in their direction to give the impression that she’s busy, trying to look like other people. She goes into a cinema to watch a movie at random. She craves darkness, a love story, some miracle to bear her away. She falls asleep. 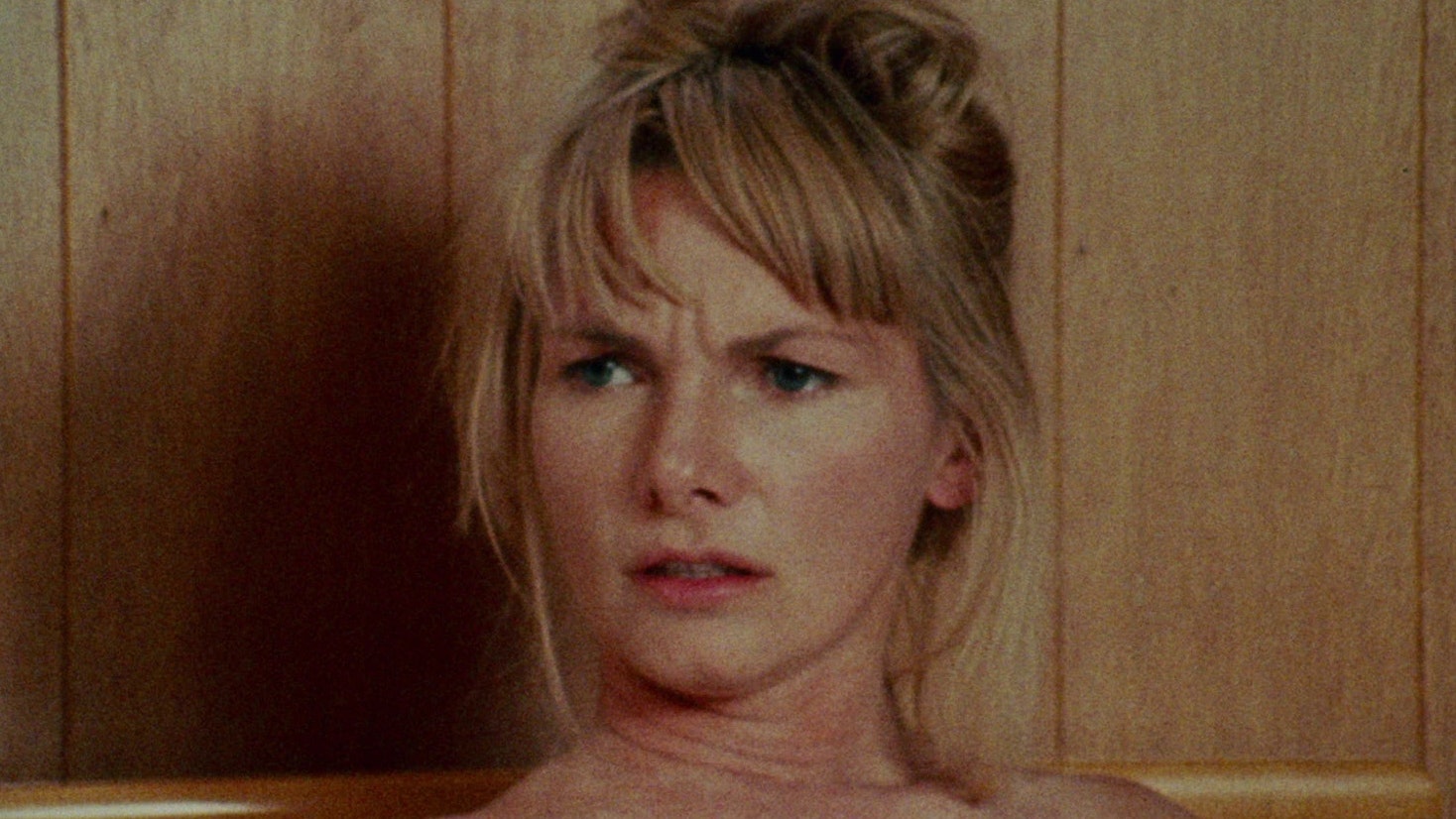 I gave up writing the notice—or rather I decided to take it much further, in spite of myself—and instead spent several months trying to piece together the life of Barbara Loden, especially during the time when she was trying to invent a character as close as possible to herself, using another woman’s life as a template. I didn’t have much to go on: a few press cuttings, some photographs, an archive recording of a long interview that she gave in 1970 that was published five years later in Positif, the memoir of her husband Elia Kazan, an American television show that Yoko Ono and John Lennon invited her to appear on. I searched for her name in the indexes of various histories of American cinema, but found no mention of her anywhere. I looked for the names of people who had known her. I was hoping to find the screenplay for Wanda, letters, press cuttings of the news story that originally inspired her, but there were so many obstacles. One person never answered the phone, another wanted money before they would grant me access to anything, another refused to show me the photographs that she had taken of her in the last year of her life. Cultural organizations had better things to do; there were legal complications that meant that I couldn’t get permission to see any files on her. The librarian responsible for the Elia Kazan archives told me she was sorry, but there was nothing in his papers about his second wife. As for those who had worked with her on the film, they were either dead or didn’t want to talk about it. I went to see Frederick Wiseman, the pioneer of interview-free, commentary-free, documentation-free documentary—a filmmaker who glides so slowly with his camera into the heart of what he is filming that everyone forgets he is there. I told him about all the difficulties I found myself up against in trying to piece together the life of Barbara Loden. And he said to me—this man, who never works on anything that isn’t real, said to me quite calmly—“Make it up. All you have to do is make it up.”

This excerpt from Suite for Barbara Loden appears with the permission of the publishers, Dorothy Project. The book is available for purchase from the Metrograph Bookstore.

Nathalie Léger is the award-winning author of Suite for Barbara Loden and Exposition, as well as an editor and archivist. She has curated exhibitions on Roland Barthes and Samuel Beckett for the Centre Pompidou, and is Director of the Institut Mémoires de l’Édition Contemporaine, an organization dedicated to preserving the archives of modern French writers.

Born in London, Natasha Lehrer is a writer, translator, and critic. She has edited and contributed to several books, and is literary editor of the Jewish Quarterly. She read English at Oxford University and has an MPhil in Comparative Literature from the Université de Paris VIII. She lives in Paris.

Cécile Menon is a French translator living in London. She has translated drama and contemporary poetry into French. This is her first literary translation into English. 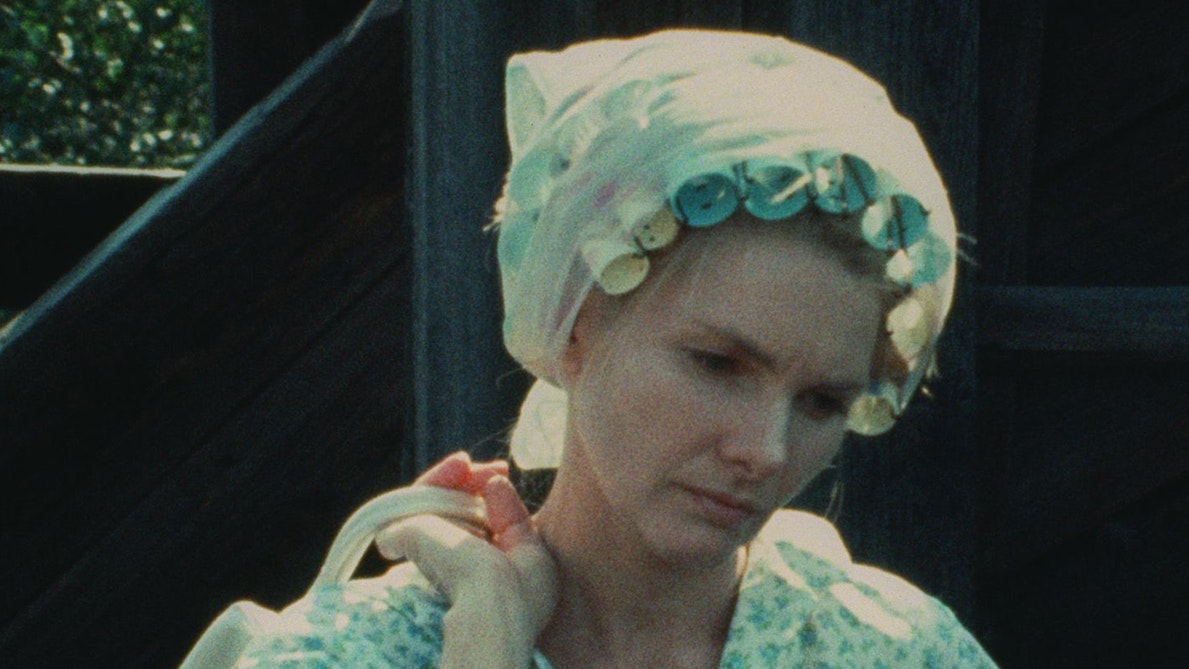