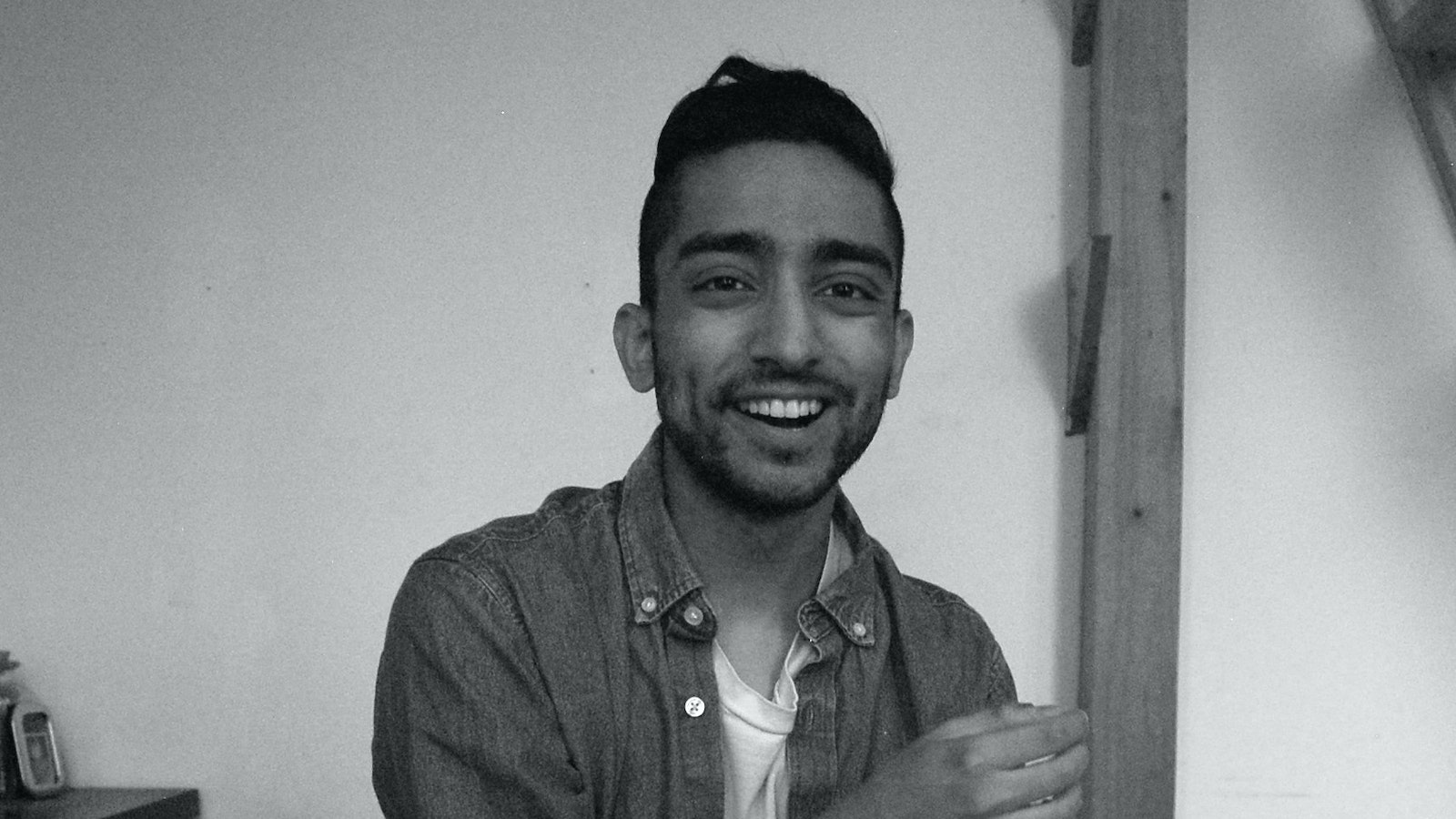 Black Girl screens at Metrograph from Friday, September 2 as part of An Anthology of Cinema.

TAYLER MONTAGUE: Hey, everyone. Thank you for all staying. I’m gonna be doing a Q&A with Mayukh Sen, who wrote a book, Taste Makers: Seven Immigrant Women Who Revolutionized Food in America. Let’s clap it up for Mayukh, y’all.

TM: So, I’m excited to just hop in. I’m gonna ask a few questions—hello, my name is Taylor, sorry I didn’t introduce myself—and then I’ll kick some to the audience… I know you have a background in film criticism, so I want to know about how you went from film criticism to food writing, and how cinema informed your writing process.

MAYUKH SEN: So, it happened by total accident. I grew up wanting to be a film critic. I hoarded Entertainment Weekly issues all the time when I was a kid. I was obsessed with the Oscars, all that stuff. But five years ago, when I was a 24-year-old freelancer, I got this offer to be a staff writer at a site called Food52, and I was like, “Ugh, food writing, I dunno.” It feels like the domain of these rich straight white dudes, and I’m just so not that in my sensibility. I’m, like, this queer brown kid, child of immigrants, yada yada, you know? But I needed a job and so I took it, and so that’s how food writing happened to me, but I have tried to kind of keep a pulse on—or rather keep in touch with whatever skills film writing endowed me with. I really gravitate towards films that are buoyed by strong performances, and I really love writing about the craft of a great film performance, especially a female performance. I feel as though I have absorbed a lot, or tried to absorb a lot of what I see in the most skilled performances, my favorite performances by actresses, and I try to apply that sort of artistry to my storytelling.

TM: I can see from the film we just saw, there’s themes of migration, there’s themes of cooking, and I wanted to talk more about your film program at large. And this film in particular, how it inspired you, or what made you choose it.

MS: Yeah, totally. So, this series—first of all, thank you Metrograph for having us—but this film series has been in the works for a few years, and I knew that I really wanted to have Black Girl (1966) as one of the films. One of the notions that I was trying to write against in this book is a really pervasive dominant narrative that I see in a lot of food media, and just the culture at large, which is this idea that an immigrant’s worth should be based on their productivity, and we see that play out here. You know, [scenes] where Diouana’s cooking, her employers lavish praise upon her cooking, yet they do not respect her humanity whatsoever. I saw something similar happening a lot in food media, especially around the time I got into the industry, I saw so many white-led, liberal-seeming publications peddle myths like, “Immigrants feed America” and “Immigrants get the job done,” which, to me, even if they are well-intentioned, feel as though they are centering a certain kind of consumer whom the American food media has privileged for so long. I wanted to write against that notion, and the best way to do that, I felt, within my very limited skillset as a storyteller was to tell the stories of each woman in the most granular way possible and really honor their labor in some way and understand what their creative impulses were and whether they were able to make a living doing that in America.

So—God, I feel like I may have lost track of your question here, but uh, that is why I chose Black Girl. There are so many striking moments that really puncture that whole myth I’m talking about. I also was attracted to putting this film in the program because, some of you may know this, but Ousmane Sembène based this movie on a real-life incident. There was a woman named Diouana who died by suicide after facing these sorts of really awful challenges at the hands of her employers, and this woman was essentially reduced to a footnote in history. She was just kind of a headline as you see in this film. I felt as though so many of the women I chose to write about in my book kind of had a similar fate befall them, and I kind of wrote against the fear that they would remain a footnote, basically. So that is another reason why I was constantly thinking about this movie as I was writing the book over the past few years.

"I was constantly thinking about this movie as I was writing the book over the past few years."

MS: In terms of the other movies in the series, so there’s Volver (2006), The Joy Luck Club (1993), and El Norte (1983). I can start with El Norte by Gregory Nava, that was one of the most formative film watching experiences from my youth, and again, that does not paint a rosy picture of the immigrant experience, so to speak, within America. The other two, Joy Luck Club and Volver, both of those films really they have such strong female-driven ensembles. One of the great challenges of writing group biographies is making sure that you are treating each story with care because there are so many moving parts, there are so many women whose inner lives you have to try and access as a writer; I think both films do that quite skillfully.

TM: You talk about the parallels between, say, an ensemble of actors in a film and then writing, a group biography. I want to know, are there any other specific parallels in how movie-watching informed the writing specifically?

MS: I would say definitely just watching these films helped me build scenes and make sure that my book was just not kind of a really staid recounting of, like, [mocking voice] “Well, this happened and that happened, blah blah blah.” I needed to make sure that each story had a pulse and had tension and a lot of these films as texts, really, allowed me to see how that played out. And then also, it really does go back to performance. I was thinking so often about so many of the performances that have shaped the way I approach stories—we saw one of them just now. Penelope Cruz in Volver is another, all the women in Volver, you know, gave amazing performances who really informed the way that I approached these stories. There’s some other films that I really wanted to have in this program that we couldn’t get prints for, but I was thinking of those performances as well—one is by the Indian actress is Sridevi in a movie called English Vinglish (2012), and what she does so beautifully in that film is she allows you to understand what her character is experiencing at every juncture of the narrative, and you don’t need first-person narration to understand everything she’s going through because the way that she worked—she’s deceased—but the way that she worked was so intimate, and she really established that kind of connection with the audience, and I aspire to do the same thing with this book. I don’t know if I succeeded, but I tried. 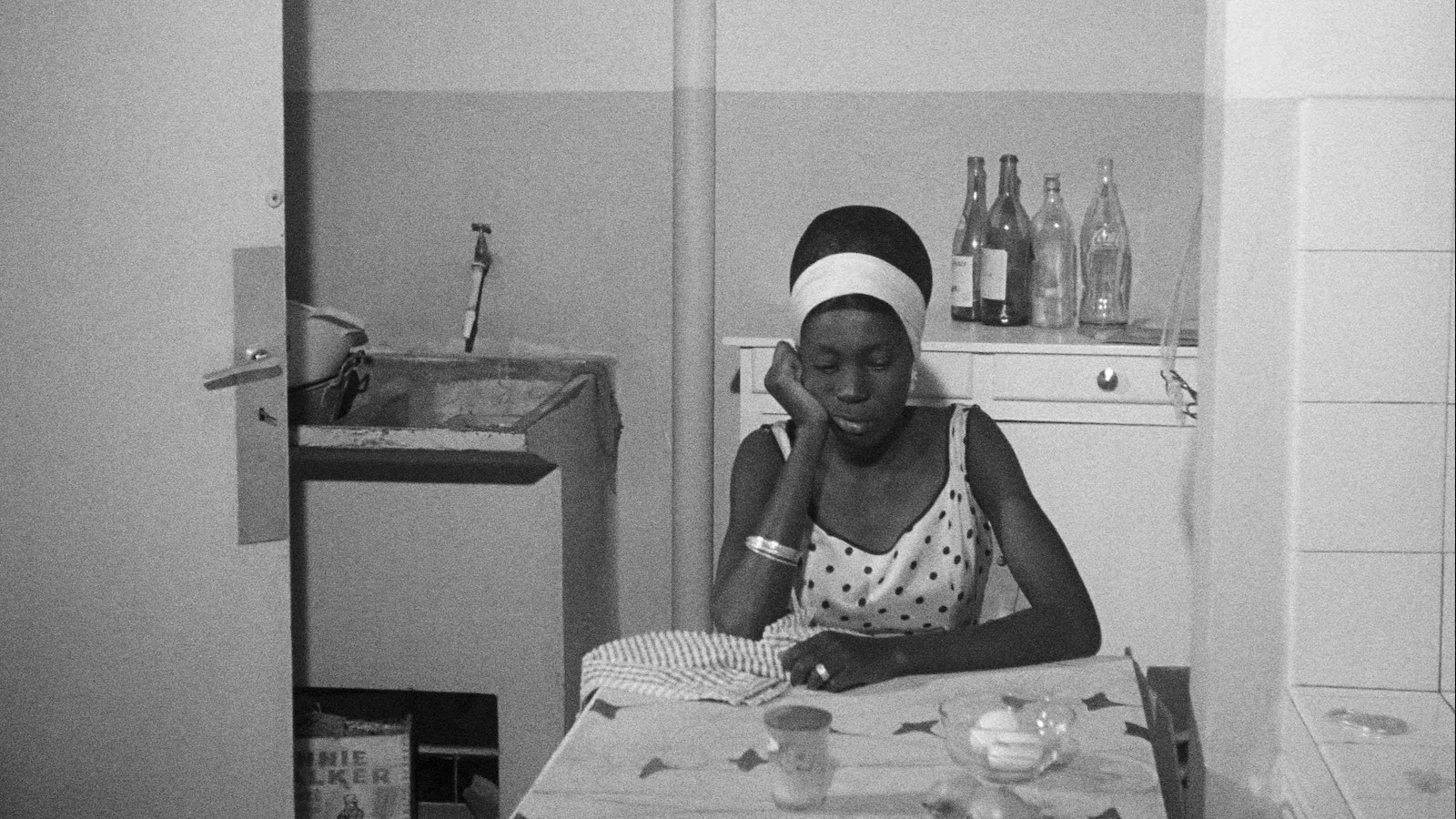