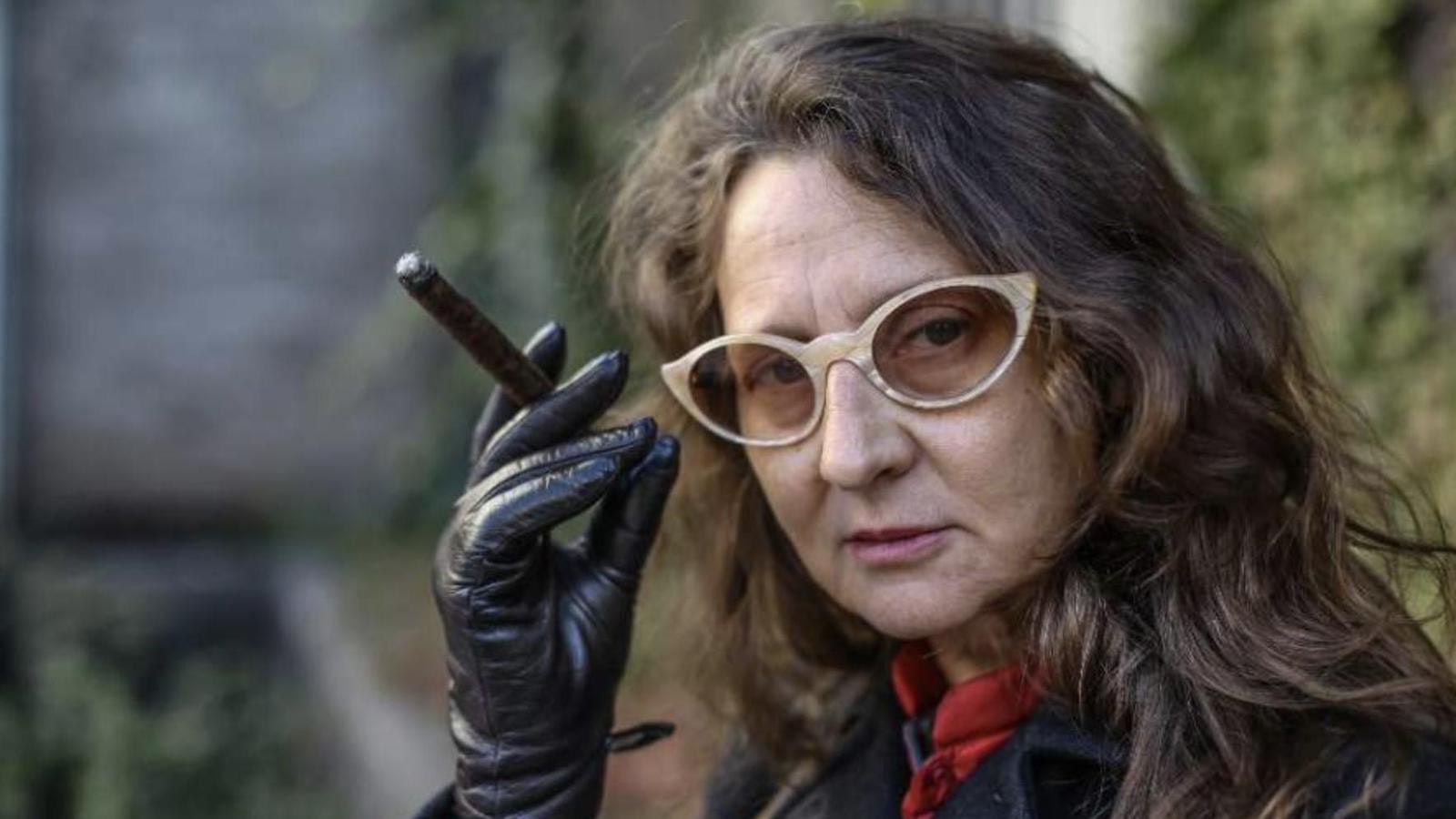 An interview with Argentine filmmaker Lucrecia Martel about her 2008 masterpiece The Headless Woman.

The Headless Woman screens as part of Welcome to Metrograph: A to Z from August 26.

Reeling camerawork submerges the viewer into the subjectivity of an imploding bourgeoisie, so stupefied that, when a woman crashes onto the concrete deck in an explosion of wine glasses and empty bottles, nobody bothers to look up. It’s very funny—until you see the blood.

La Ciénaga is the first film in Martel’s Salta Trilogy, set in the region where the Argentine director was born and still resides today, which before then had appeared rarely onscreen. Martel’s characters sequester themselves from the outside world, in decaying mansions whose borders they think keep the encroaching jungle at bay. Instead, horror becomes hermetically sealed in incestuous families riven by destructive desires.

The trilogy’s final instalment, The Headless Woman (2008), centers on an ambiguous crime. Driving on a dusty road, Verónica (María Onetto) hits something large enough to make a sickening thump. A dog, she reassures herself, without stopping to check. As the film goes on, she suspects she killed an Indigenous boy.

After the accident Veró haunts her life like a ghost, and Onetto remains totally captivating in a taciturn role. Patronizing husbands, brothers, and lovers instead speak for her, insisting she’s had a fright, while quietly and efficiently erasing all evidence. Her social milieu is unveiled as collective delusion, built on the quicksands of colonial fictions.

The more Veró understands, the more her self-image dissolves. She’s often literally decapitated by the frame, fragmented in mirrored reflections, engulfed by dark rooms and imprisoned by domestic architecture (shot through claustrophobic doorways or halls).

Despite her silence, Veró’s bleached bouffant makes her conspicuous in a province of brunettes. Her hair conjures the ghosts of Hollywood blondes, invoking Madeleine/Judy (Kim Novak) in Vertigo (1958) and Myrtle (Gena Rowlands) in Opening Night (1977), both women collapsing under the lies they live.

Everyone is complicit here, rendering questions of guilt and innocence immaterial. Veró must instead choose whether to stay blind, or to open her eyes.

REBECCA HARKINS-CROSS: What is it about Salta—its particular geography, the people who inhabit it—that makes it such fertile terrain for you as a filmmaker?

LUCRECIA MARTEL: There’s probably nothing special about that particular geography. The place where a person was born, their native country, is a layering of experiences and bonds. This could happen in one particular place, or in many, it depends on the individual. But there’s no denying that in Salta there’s a particular current running underneath everything, and that current is separate from the “Criolla” culture in other parts of the country. It’s indigenous. You can feel it, and you miss it when you’re away. It’s present in the healing roar of la copla [a local musical tradition]. I don’t know. You can find it in the food, where corn is preferred over wheat. I feel useful here. And that’s not because of my own kindness, it’s the kindness that surrounds me.

"there’s no denying that in Salta there’s a particular current running underneath everything, and that current is separate from the 'Criolla' culture in other parts of the country. It’s indigenous. You can feel it, and you miss it when you’re away... I feel useful here. And that’s not because of my own kindness, it’s the kindness that surrounds me."

RHC: The social and political reality of The Headless Woman (2008) is a form of hallucination. How does the accident rupture Veró’s understanding of her world?

LM: I was in an accident, as a child. You’ll have to forgive me, I’ve told this story many times. In the days after the accident, I could recognize things and people, but I had no idea what linked me to these things, these people, who were my family. It was terrifying. A curandera [a folk healer] named Doña Anzelma came, it’s important that I mention her name because I’m helping her granddaughter who is trying to find everyone who was cured by her. Hopefully someone reading this will get in touch. Doña Anzelma cured me. She called my sickness a fright. In popular medicine, it’s what happens when the soul leaves the body, to save it. It’s interesting. Of course, I don’t believe in the existence of the soul, but I understand the idea, and even if I didn’t understand, I still felt the effect of the cure. It’s said that once you recover, you should go back to the scene of the accident to reunite with yourself. So, imagine if your family refused to help you finish the treatment. If they just preferred trying to convince you that nothing bad happened. That’s when your world begins to crumble, bit by bit. Forgetting one part overwhelms everything.

RHC: What kind of visual techniques did you use to externalize Veró’s state-of-mind?

LM: It’s a bit difficult for me to define. All I can tell you is that if you frame a whole object, you get the illusion of a word. And that’s usually very calming.

RHC: Classical Hollywood might code the blonde as an object of the gaze, yet nobody seems to truly see Veró. How does her blondeness set her apart?

LM: The problem with blondes is that their hair looks dyed. It’s a nightmare. We definitely had Kim Novak in mind when it came to the hairstyle, and also for all her contrivances to avoid being unmasked. 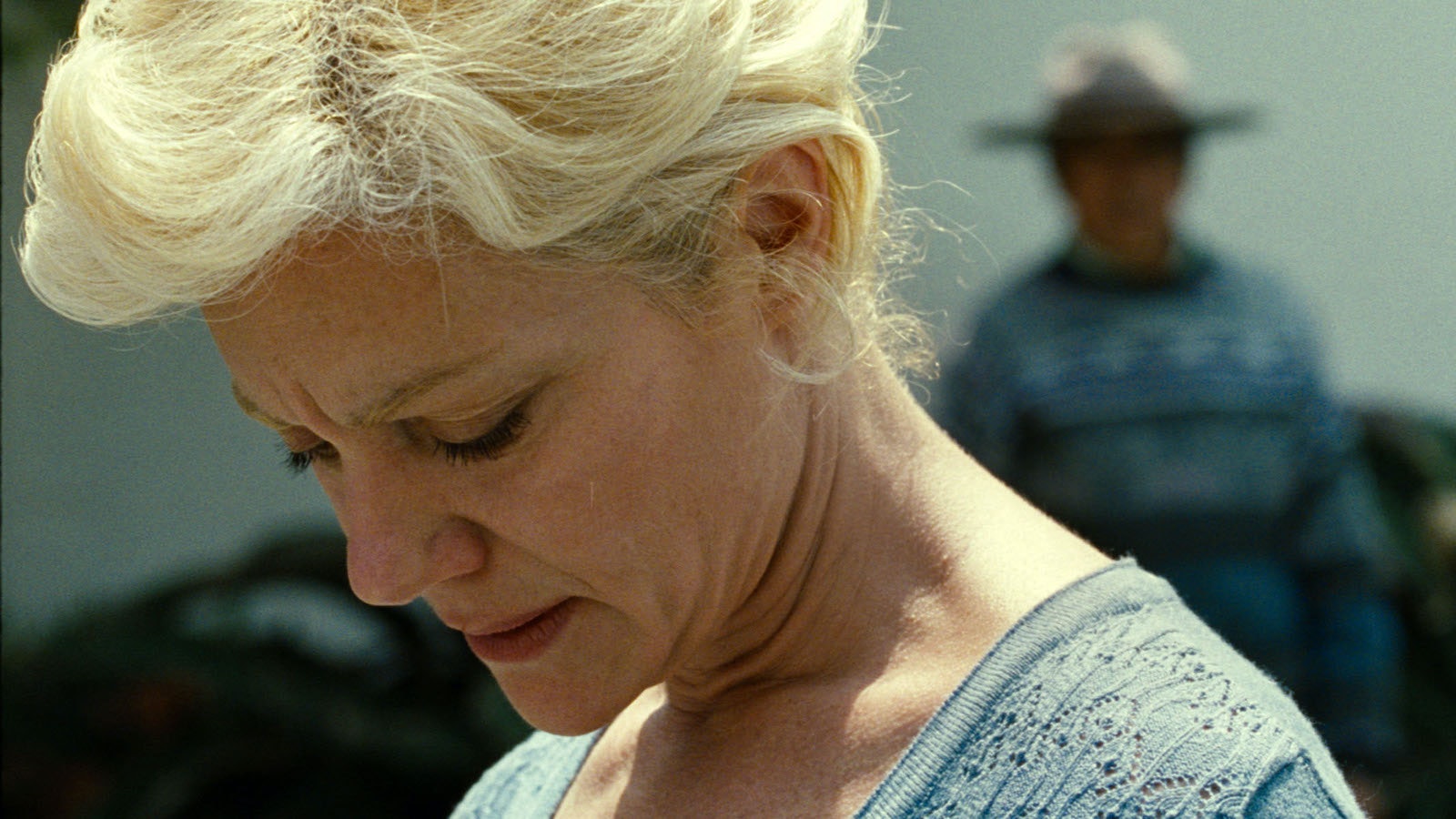 RHC: Many critics have seen your films as allegories for recent political events in Argentina: the terrors of the dictatorship, the economic collapse of the 1990s, and, as we saw in Zama (2017), the foundational violence of colonialism. What are the historical specters haunting The Headless Woman?

LM: The mechanisms behind collective forgetting are not a metaphor that belongs to any one or other historical moment. They’re a constant, and that’s something the film alludes to directly. To deny something, you need accomplices. No one person can deny an event all by themselves. You need witnesses to support you. Of course there are some stubborn individuals who need to be convinced by force. But violence doesn’t last long because it costs so much. To sustain negation over time you need culture, which is violence with good manners. Let’s take schooling, for example. In school we learn that we are from here, we are one nation, and then there are others, who are immigrants, enemies. And just like that, with the best of intentions, children’s empathy for others begins to dry up. That might seem like an outlandish example, but it’s useful.

RHC: What kinds of power structures does the heterosexual family dynamic encapsulate for you? Is there any possibility of escape from its claustrophobic binds for your characters?

LM: I’m so glad you saved this question for the end, because it allows to give you a happy ending. A prison requires a lot of upkeep to stay standing strong. And because people just can’t stop talking, sooner or later, the prisoners escape.

Answers translated from the Spanish by Samuel Rutter.

Rebecca Harkins-Cross is a writer and critic from Melbourne. She is currently a Visiting Fulbright Scholar in Columbia University’s Writing Program and completing a monograph on The Headless Woman for Fireflies Press. 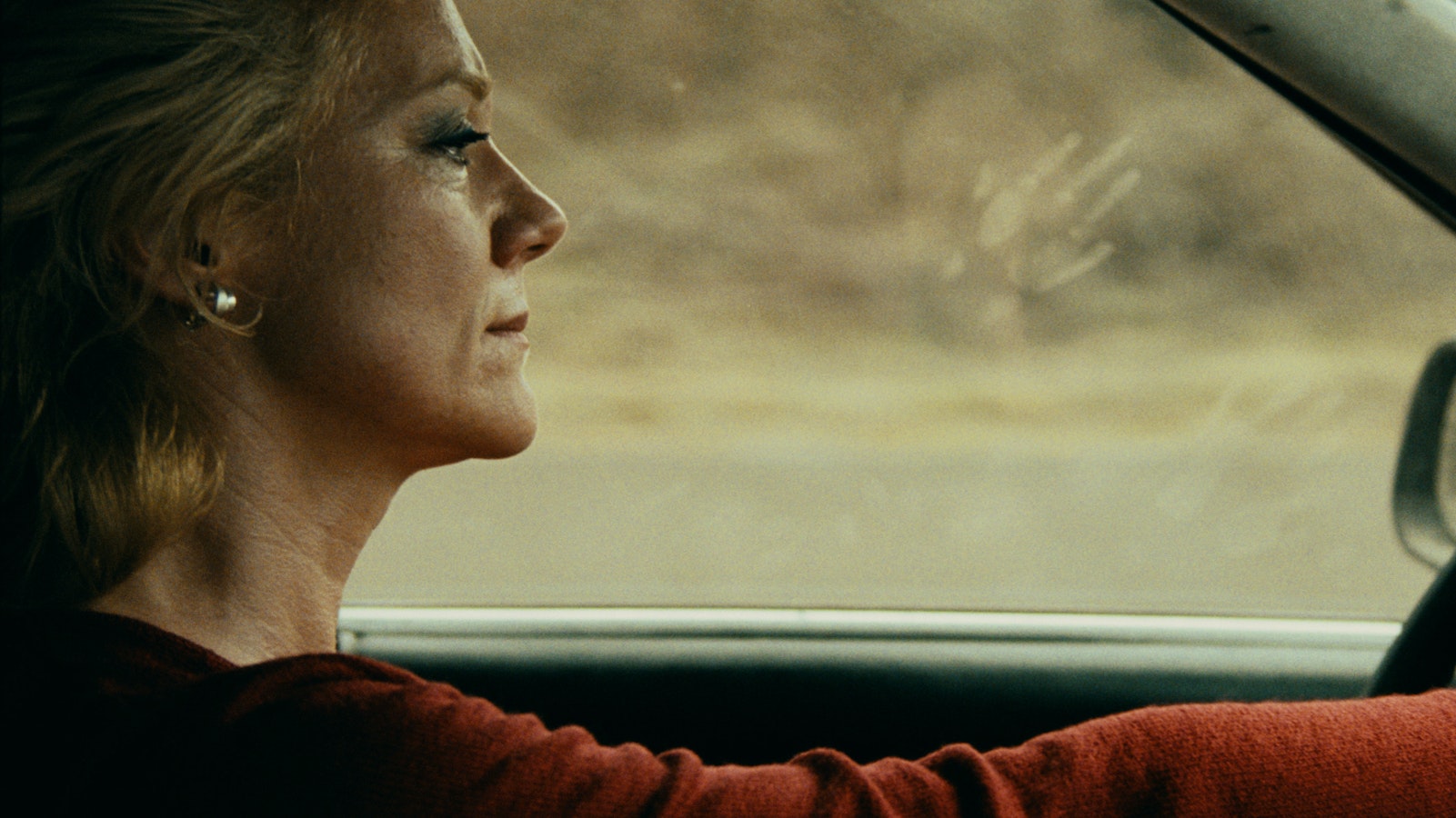