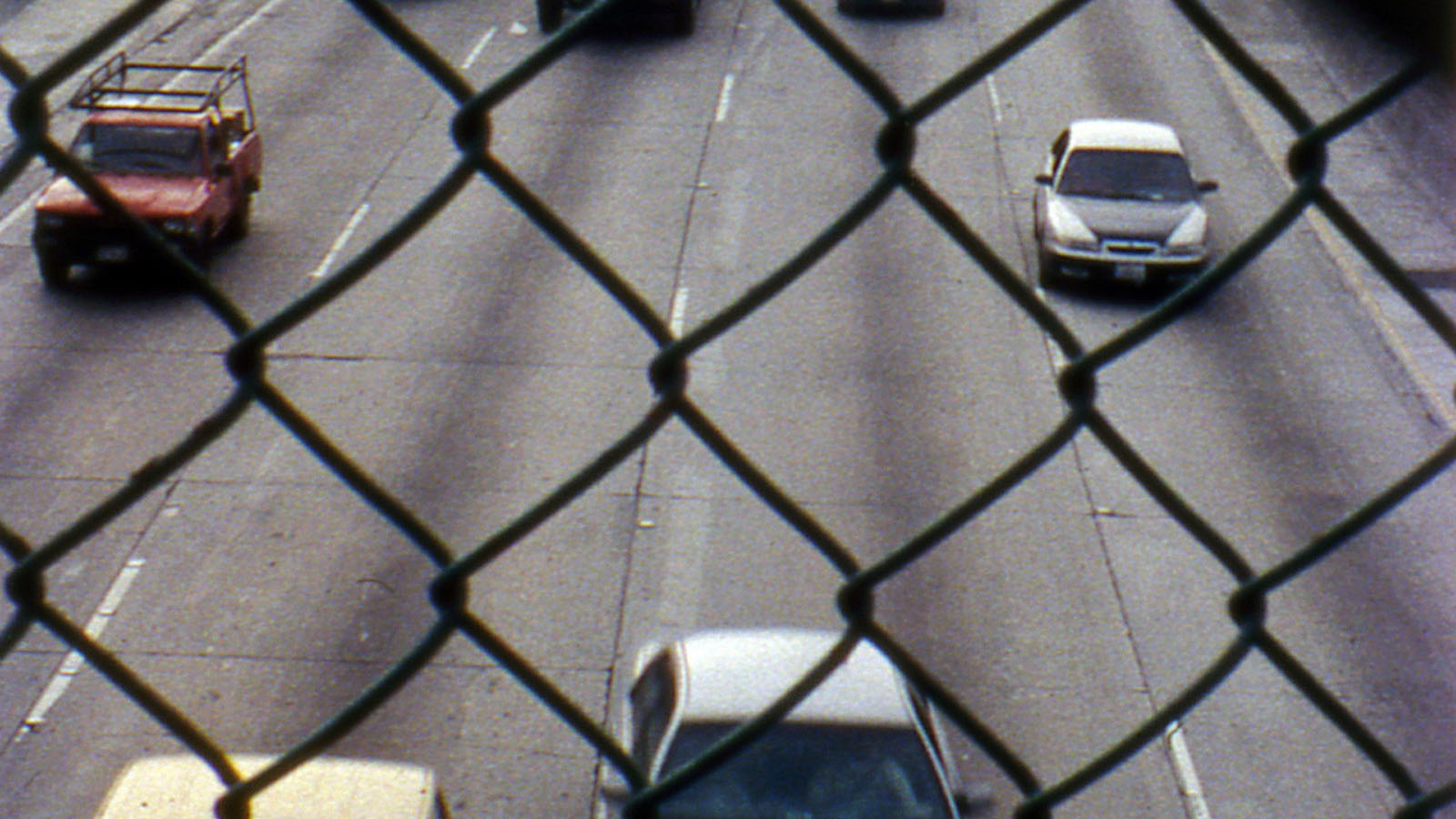 Within the city, there is another, secret city. It is full of people we don’t ordinarily see, who don’t always want to be seen. They round the loops of public transportation, stopping at convenience stores, nightclubs, and shop windows. Through their eyes, the city is cast in an unfamiliar light. Shadows grow tall, and echoes of movie refrains, of previous lives and memories, float through the air. Thanks to Rebecca Cleman & Karl McKool/EAI, Tom Sveen/Cinema Guild, Madeleine Molyneaux/Picture Palace Pictures, and all participating filmmakers.

Program Includes:
Masstransiscope (Bill Brand, 1980/2008, 3 min) Consisting of a 300-foot-long painting made on reflective material, Masstransiscope is a public artwork visible from the subway tunnels of the Manhattan-bound B and Q lines. It is in a special enclosure with 228 narrow slits and fluorescent lights. To someone passing by, it looks like an animated movie.
Disintegration 93-96 (Miko Revereza, 2017, 5 min)
A fractured diary of a young man from an undocumented Filipino immigrant family.
The Tony Longo Trilogy (Thom Andersen, 2014, 14 min)
Three short films—Hey, Asshole!, Adam Kesher?, and
You Fuckin’ Dickhead!—featuring the stoic talents of character actor Tony Longo. Minor becomes major as he takes a glorious and surprisingly tender star turn in these retitled moments retrieved from The Takeover, Mulholland Drive, and Living in Peril.
Audition (Karen Yasinsky, 2013, 4 min) Split like the recto and verso sides of a page, Audition first details the nightclub-audition scene from The Killing of a Chinese Bookie in a vivid hand-animated dot-matrix pattern, then abruptly switches to the pages of a book of 19th-century Japanese photographic portraiture. The two sides never resolve, holding in tension both sound and silence and saturated color and black-and-white restraint.
Sanctus (Barbara Hammer, 1990, 19 min) About making her collage work that uses moving X-ray footage shot by Dr. James Sibley Watson in the 1950s and the LAD reference image photographed by Kodak engineer John Pytlak in 1982, Hammer said: “I was concerned about the contradictory qualities of beauty and danger of the images that were made by radiation. I delighted in the imagery and at the same time I imagined the deleterious effects of the image making on the subjects.”
Goddess & Richland Blue (Kevin Jerome Everson, 2018, 2 min /
4 min) “Goddess is based on a stag film produced by photographer Garry Winogrand and the corrupt police from my home county of Richland, Ohio. Richland Blue is about the films the corrupt Richland County police produced in the 1960s and 1970s. Two in particular, a stag film and a shoplifting public service announcement featuring an African American woman the police had arrested for shoplifting.”—Kevin Jerome Everson
The Dragon is the Frame (Mary Helena Clark, 2014, 14 min) A search for signs of a departed life in a city thick with movie memories, flowers, and reds and greens as deep as Technicolor IB.
Piensa en mí (Alexandra Cuesta, 2009, 15 min) “But there is another city… and another cinema … Who knows this city? Only those who walk, only those who ride the bus.”—Thom Andersen, Los Angeles Plays Itself

Pictured, top to bottom: The Dragon is the Frame, Piensa en mí, and Audition. 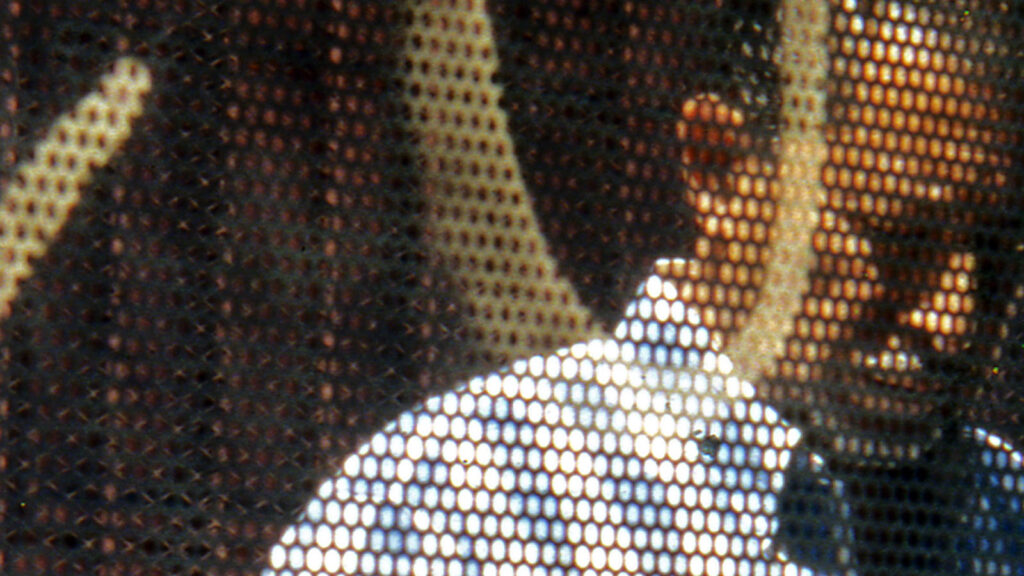 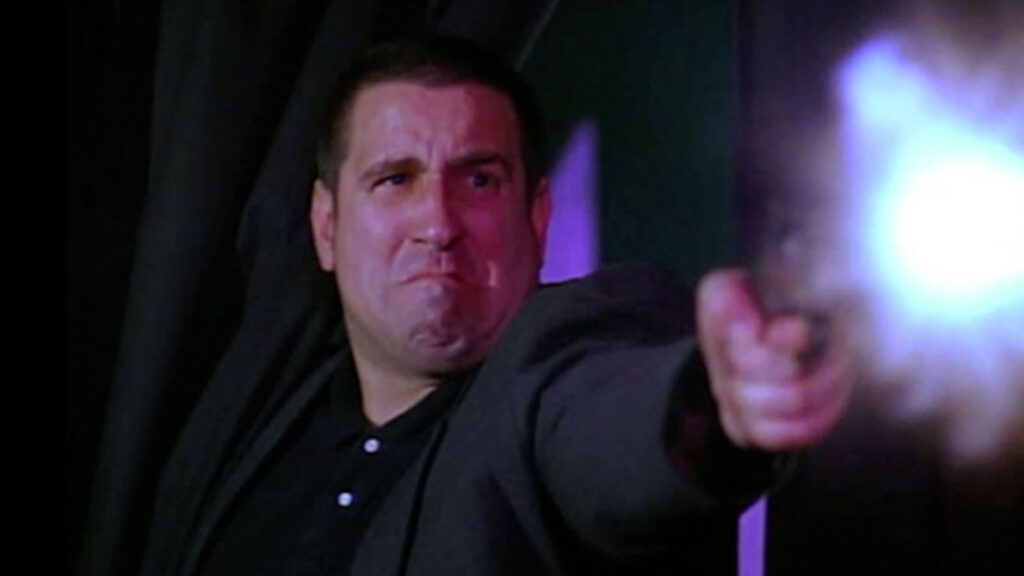