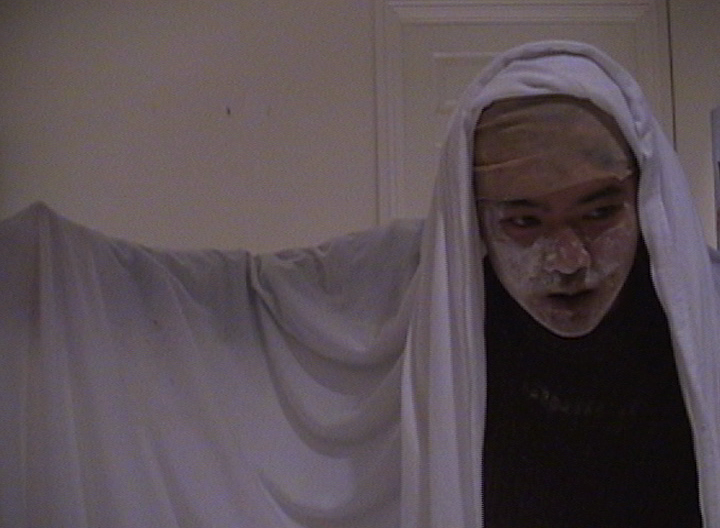 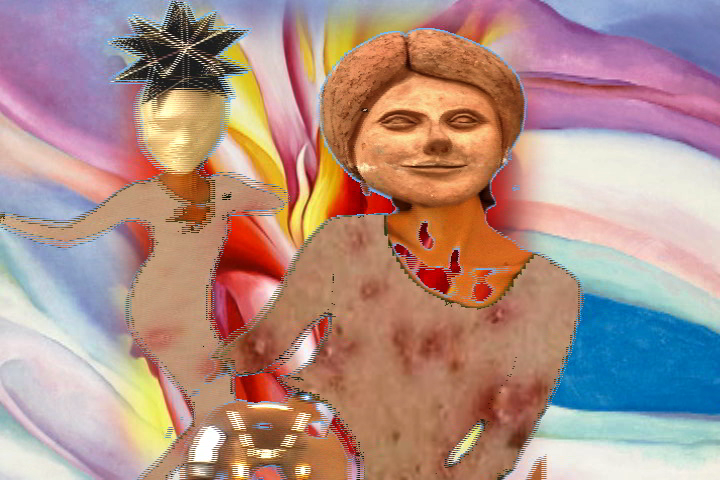 EAI at 50: Short Works by Shana Moulton and Trevor Shimizu

This program pairs works by Shana Moulton and Trevor Shimizu, two artists making use of low-tech video aesthetics, character-based performance, and a wry, disaffected sense of humor. Moulton’s videos explore contemporary anxieties and the clichés of the domestic sphere through her signature alter ego “Cynthia.”

In Feeling Free with 3D Magic Eye Poster Remix, Moulton plays a woman trying to follow along to a dated exercise video by Angela Lansbury, while in Sand Saga, she explores New Age and kitsch aesthetics. Shimizu’s deadpan videos often channel his lived experiences into self-deprecating examinations of masculinity, identity, and culture.

Suffering Thespian features the artist as a sad-sack actor who, fueled by cheap vodka, enters into a monologue of despair. Memoir was inspired by an uncomfortable encounter with the Rainbow Gathering, a temporary communal gathering in Virginia. The bad ‘good vibes’ prompted the artist to reflect on his upbringing and the aesthetics of capitalism, and the result is a text-based autobiographical video reminiscing about his youth in northern California.

Skate Videos, a part of the artist’s Lonely Loser Trilogy, has the artist depicting a lonesome tech guy watching skate videos through Google Glasses—the ultimate symbol of youth cool as viewed through the drab veneer of the Silicon Valley-approved eyewear. 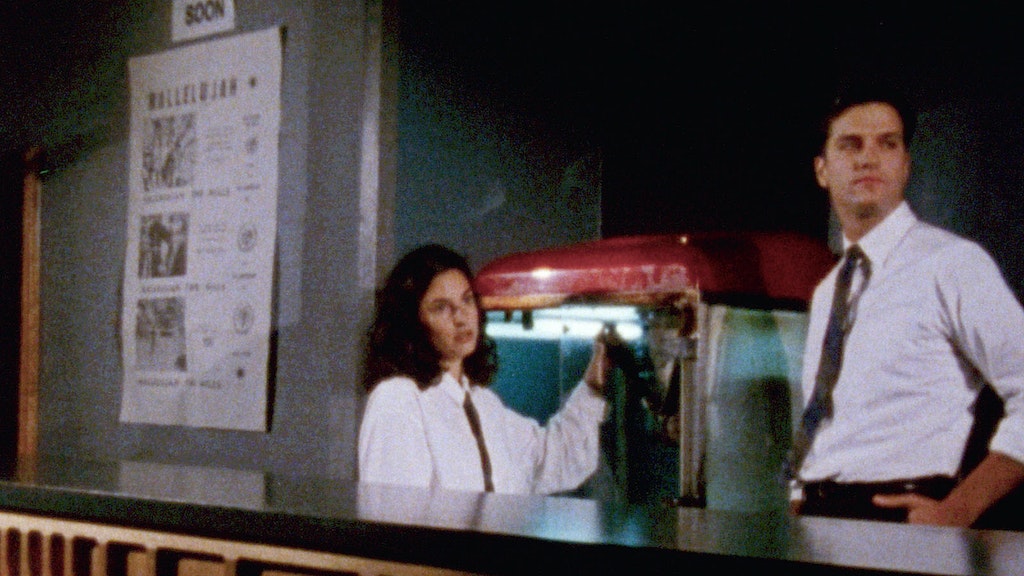