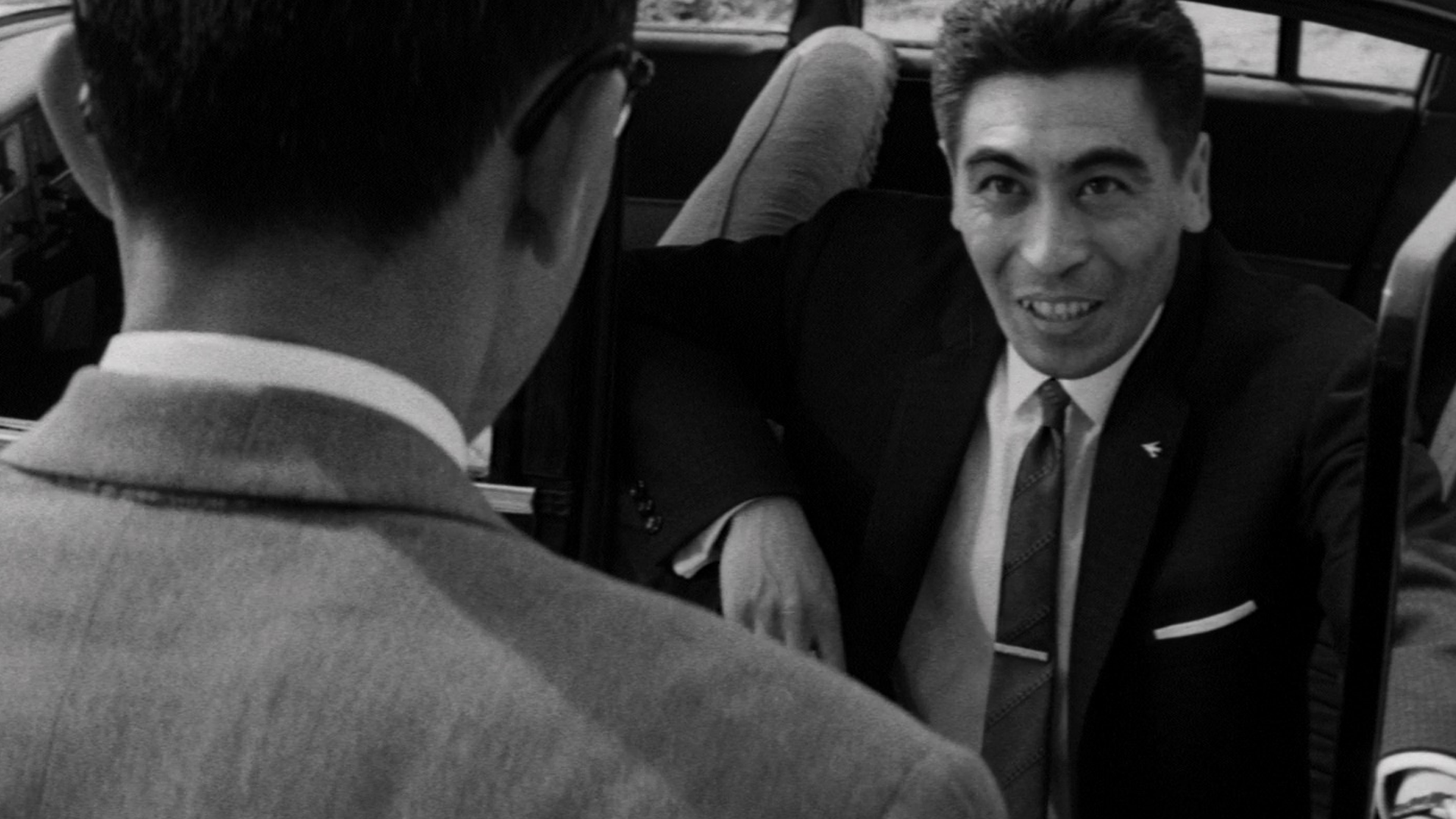 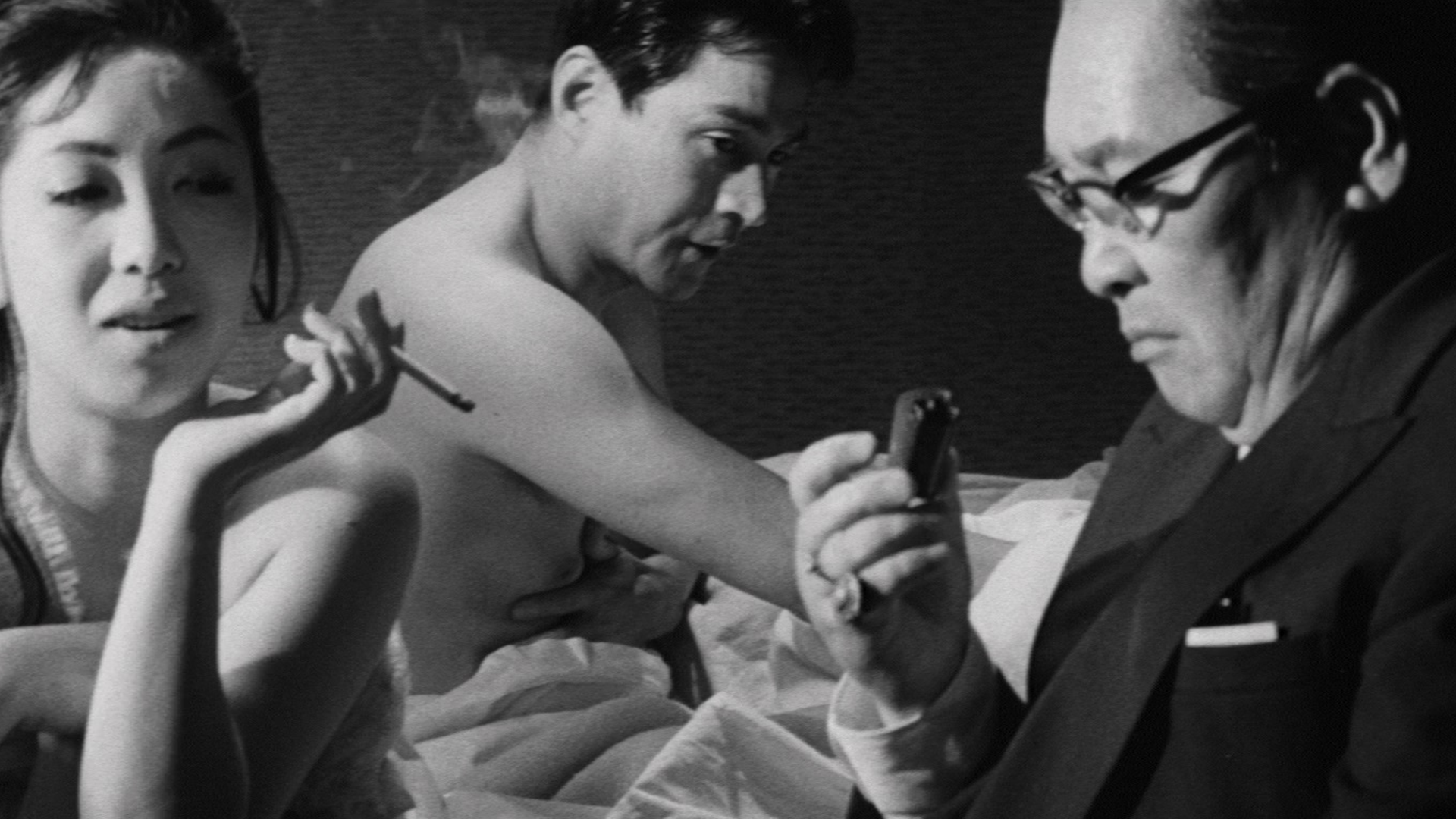 Yasuzô Masumura returns to the world of corporate backstabbing and skullduggery seen in Giants and Toys in this, the first of a series of “Black” films for Daiei studios, which places us in the middle of a scorched earth corporate war between the Tiger Motorcar Company and the Yamato Company, who will both employ any means necessary—spies, blackmail, sabotage, and more!—to beat each other in getting their new sports car models to market. Shooting a series of cramped, claustrophobic secret meetings in an especially sordid-looking black-and-white widescreen, Masumura creates a darkly comic vision of universal iniquity. 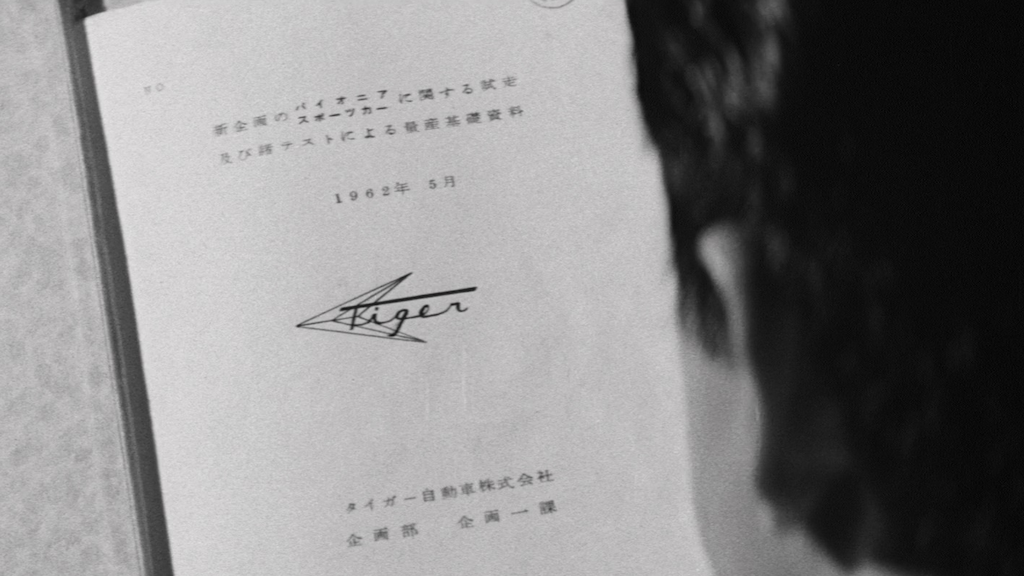 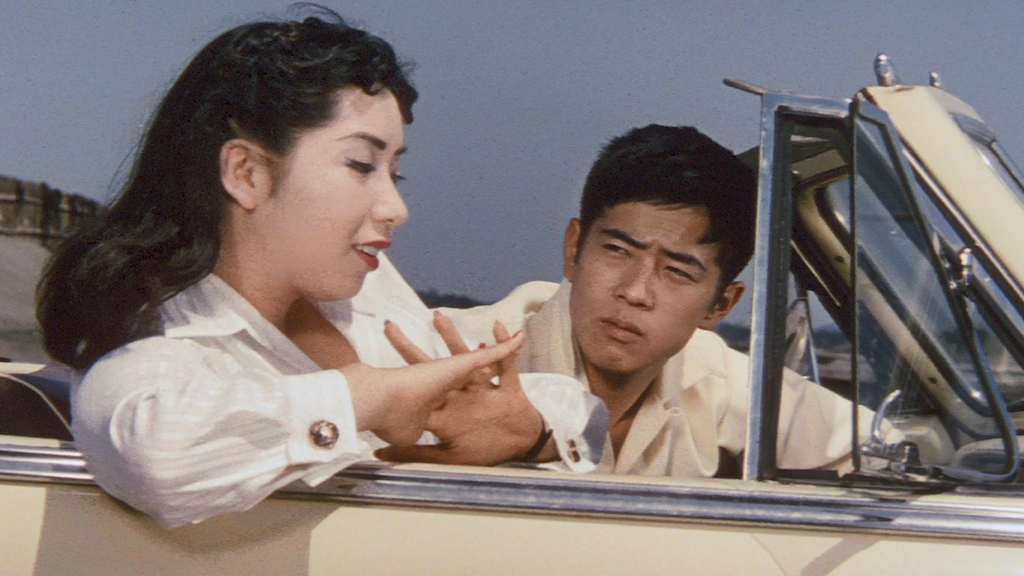